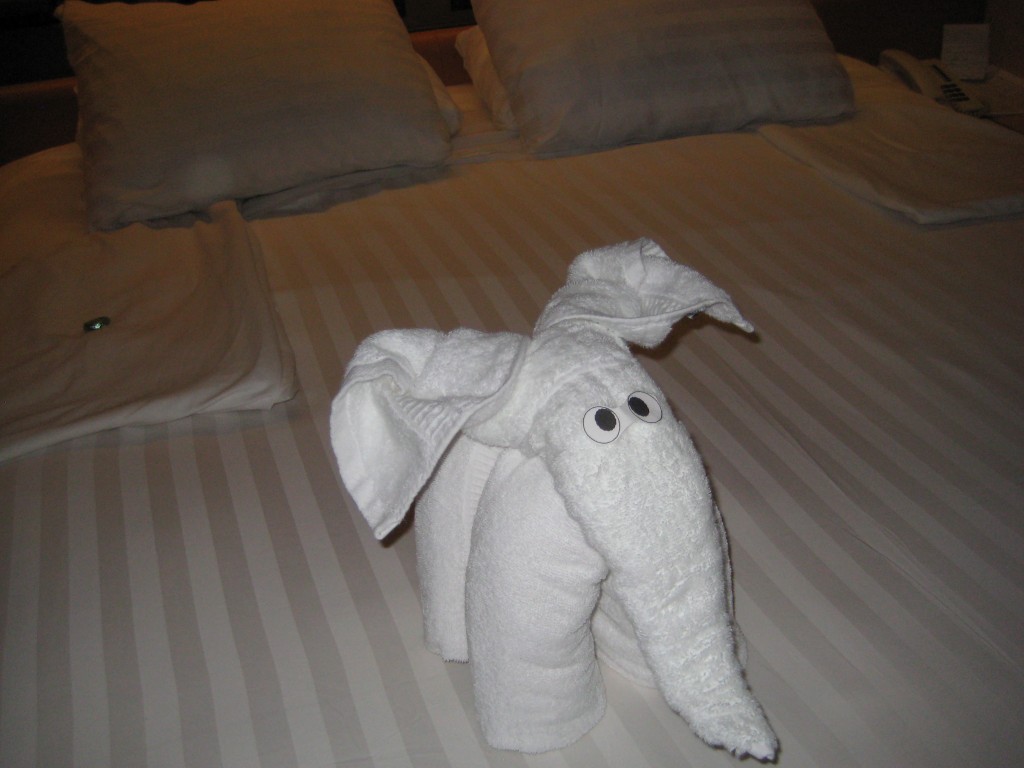 We attended the Good Morning Amsterdam show and a guided meditation class with Danube, the staff Lifestylist. It was a class where Danube talked you through the breathing and guided your mind with a soft voice. Kent thought that it was weird and silly and had a hard time to get into it. Mark thought that it was interesting although kept thinking of other things and had a hard time concentrating on the guides’ message. It seemed too slow moving for me to keep my attention.

Otherwise, today was a very quiet day onboard the ship with the exception of the Super Bowl party and game. It is Monday on the ship since we passed the International Date Line so we had a Super Bowl Monday party in the main lounge. They had it decorated with from top to bottom with flags, posters, lights and festive party favors and noise-makers. They showed the game on a large screen and had ballpark food like popcorn, potato chips, tortilla chips with salsa, hamburgers and hot dogs, pizza and plenty of beer and other drinks. Being uninterested in football we only stayed long enough for Kent to have a bite to eat. We did miss the drama of the power outage, but quickly caught up once we turned on CNN.   We headed out to walk for 45 minutes as we do as often as possible. On deck three you can walk completely around the ship and every 3.5 laps around the deck is equal to one mile.  It takes us about 5 minutes to do a lap.

Tonight’s entertainment was another concert by the Celtic Tenors from Ireland.