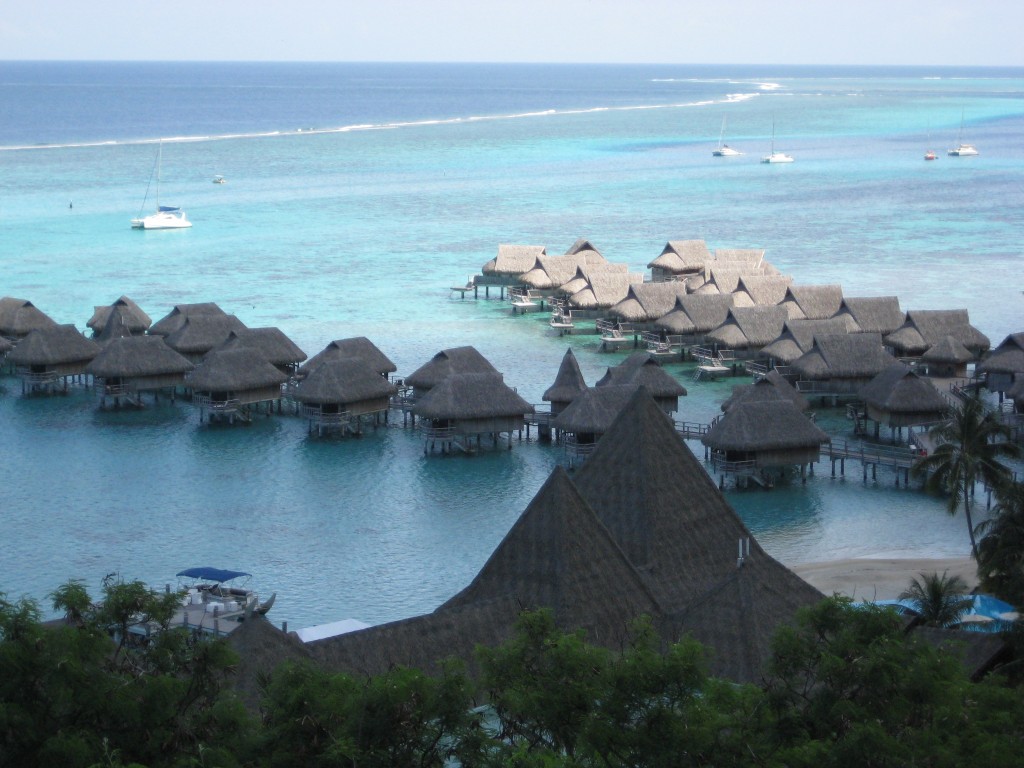 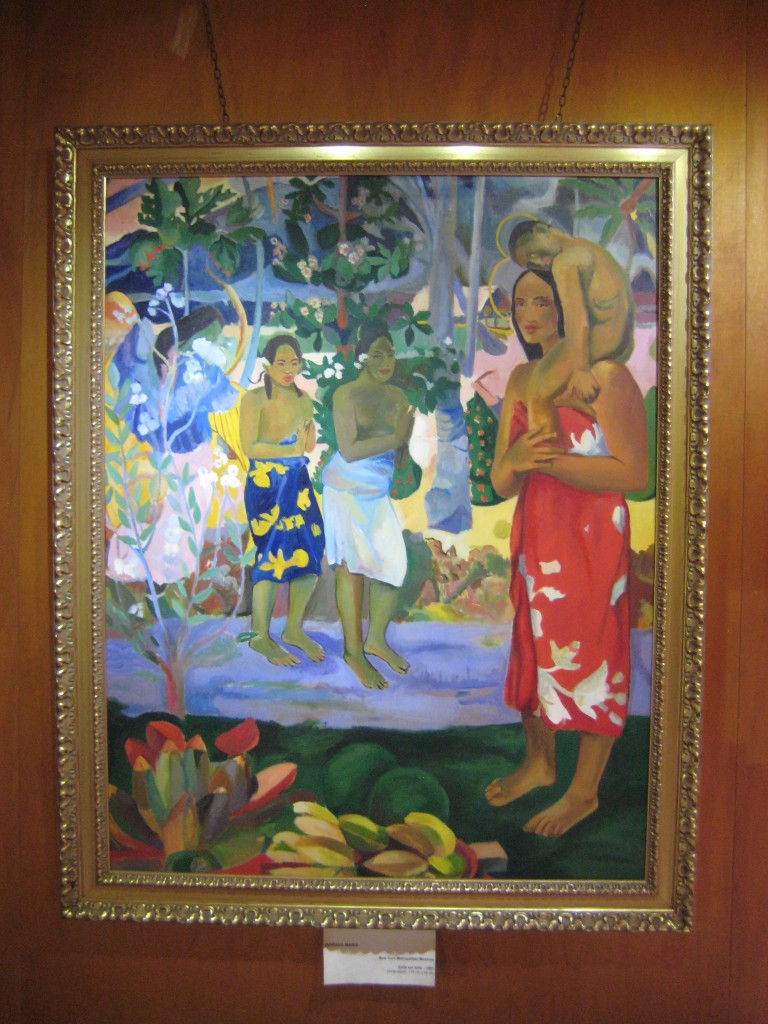 Moorea is located only about six miles from Papeete so we spent the night drifting at sea until morning when we headed to the island of Moorea. There is no dock large enough for our ship so we need to tender ashore today on the smaller lifeboats while the ship is moored nearby. Moorea is one of the South Pacific Islands that is part of the Society Islands, one of the five major island groups that form French Polynesia. The island was formed as a volcano 1.5 to 2.5 million years ago, the result of a geologic hotspot in the mantle under the oceanic plate that formed the whole of the Society Archipeligo. The weather is in the high 80’s and the humidity is some of the worst that I have ever experienced.

We took a tour around the 38-mile perimeter of the island. We were taken to an observation point called Belvedere, high above the sea where we could get a birds-eye view of both Cook’s Bay and Opunohu Bay where our ship was anchored. The island is lush with tropical vegetation as well as a large number of wild chickens and roosters with beautiful colored tail feathers. We saw several villages along the way with a few small shops or markets and a number of hotels. Unfortunately many of the hotels have closed due to the lack of business from the world’s poor economy. Being a volcanic island the islands perimeter road is very near the waters edge as there is not much level ground before the terrain begins to climb to the 1,500 foot peak of Mt. Rotui.

We stopped at a replica of a pre-European Tahitian Village where we found a cluster of small shops selling local handicrafts, a gallery of Gauguin reproductions (the Gauguin reproductions were far superior to those we saw in the Gauguin museum yesterday) and a gallery of A. Sylvains famous black and white photos of the local women—bare tits to the wind. (They say the local women used to line up outside his house so they could be photographed). The village also has an outdoor amphitheater overlooking the water where they have a traditional Polynesian feast and folkloric show. No doubt more hip shaking!

Many of the guests onboard the ship chose to take a snorkeling tour, which included swimming with the stingrays. They all seemed to love the beauty of the velvety creatures and the warm beautifully colored water.  Some also swam with the local harmless sharks.  Kent wasn’t allowed in the water, or on that tour,  as he would have scared off the creatures.

One of our fellow passengers and her husband spent $300 each to take an hour’s dive in a submarine to see the local sea creatures.  Once they got in the sub, another passenger decided she was claustrophobic and puked all over the place soon after they departed.  No doubt a lovely ride for our friends.

The entertainment onboard the ship this evening was an award-winning comedian named Ian McLaren from the UK. He was extremely talented although some of the British humor and vocabulary escaped us.

Report from the Bridge—Every day at 12:45 PM, the captain reports sailing info from the bridge:  how deep and warm the water is, how many miles we have traveled and how many miles to our next port, ship speed, etc.  We were surprised to learn that the ship travels only about 14 to 18 miles per hour on average.  It can go up to 24 miles per hour.  No wonder it takes 4 months to travel around the world…the ship has a heavy load….more as the days pass and meals are eaten!