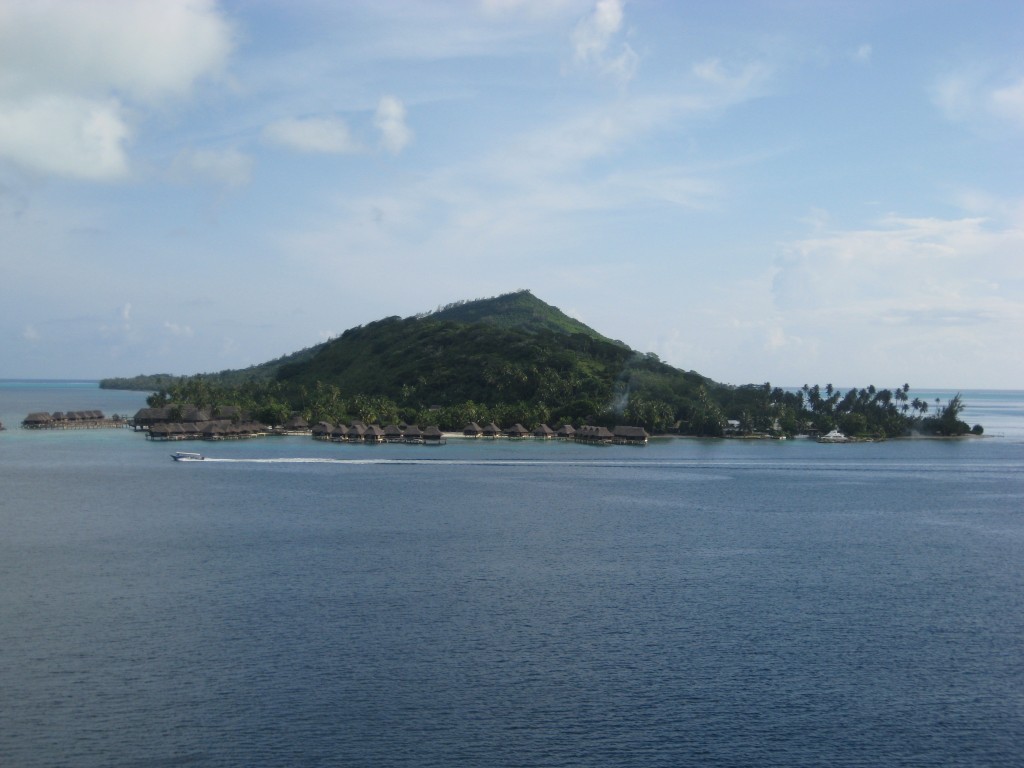 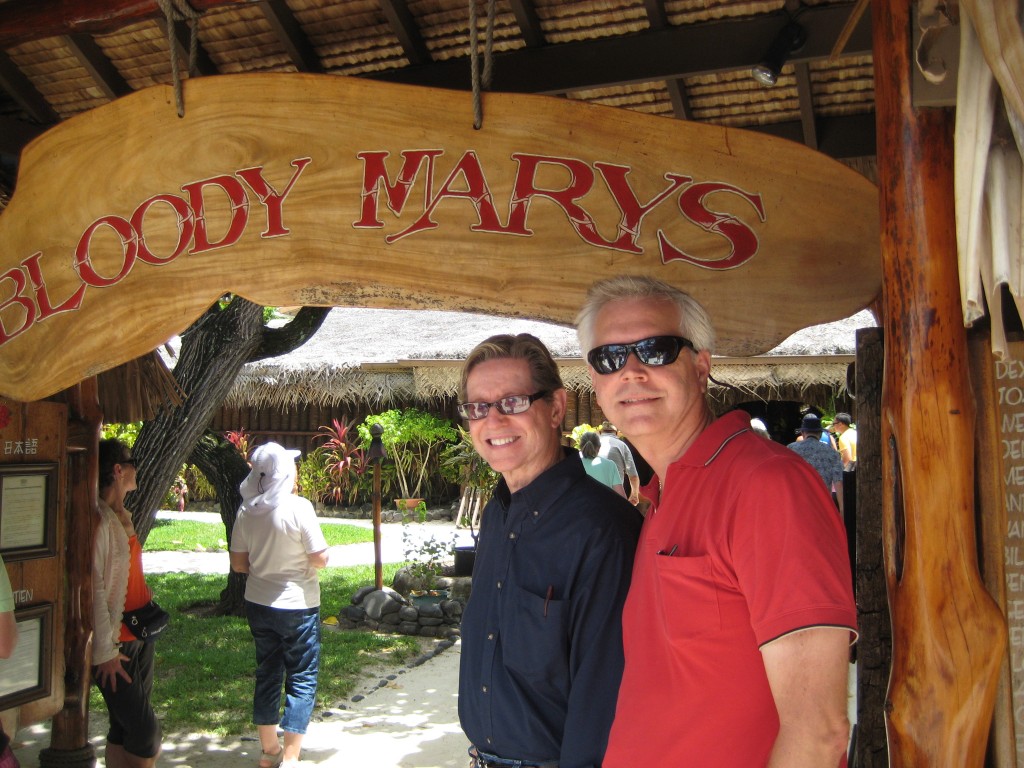 Bora Bora is an island in the Leeward group of the Society Islands of French Polynesia and is an overseas territory of France in the Pacific Ocean. The island was settled by Tongan people about the 4th Century. While the island was sighted by earlier explorers, James Cook led the first group of Europeans to visit the island in 1777. In 1842, Bora Bora was officially made a protectorate of France. The island is located about 162 miles northwest of Papeete and is surrounded by a lagoon and a fringed reef. Remnants of the island’s extinct volcano rises to two peaks, Mount Pahia, and the highest point, Mount Otemanu which reaches 2,385 feet.

Today the more desirable part of the island is the fringed reef at the outer edge of the lagoon. The reef has many small islands, which are called motu’s. Over the last several years, seven high-end resorts have been built on the small islands surrounding the lagoon. Most of these resorts are built on stilts with small individual thatched cottage rooms, each with direct access to the lagoon where the water is calm and beautifully colored.

We took an open-air trolley like bus here, which took us on a tour around the island with a guide. We visited a roadside shop where they make the local pareo, which is a piece of cotton fabric which has been beautifully dyed in beautiful colors and is used similarly to a sarong. They look something like a cross between a batik material and a tie-dye. The island is filled with small tupa crabs, which live in the ground in the mud. The locals hate them because they eat most anything that their mouths come in contact with.

We stopped at Matira Point where you find the most beautiful white sand beach on the island. This is the largest sand beach that we have seen on any of the islands. The sand leads into the lagoon with its gorgeous multi-colored waters. Our next stop was the famous restaurant and bar called “Bloody Mary’s”. The restaurant has been visited by many a famous person, many of them listed on a sign out in front of the restaurant. Inside you find the floor is covered in sand and a very casual restaurant and bar with a Polynesian theme. They sell tons of t-shirts like you might find at a Hard Rock Cafe around the world.  The men’s bathroom has an unusual urinal flush device—a 10 inch wooden penis…..very interesting.  Many women were in the men’s room photographing it.  We did too!

The island was lush and green but the water was what makes it so spectacular. Otherwise the island looks a bit run down and dirty. It appears as though its time has passed and it is ready for a makeover. Hopefully when the world’s economy improves more tourists will once again visit and things will get spritzed up.

The entertainment on this might was another show by the Amsterdam cast called “Supergroups” which was a celebration of the music of some of the biggest groups and hits of all time. The music included groups like The Commodores, The Monkeys, Bee Gees, The Carpenters, etc.

Death at Sea—We have been told by the experienced cruisers that it is customary for there to be at least 3 deaths on board a ship this size during the cruise.  We understand one has happened already as a casket was offloaded some time ago.  There have also been several people sent home due to injuries from falls or some other illness, which might be best treated at home.  It is always good to have that travel and med evacuation insurance!  One of the entertainers who plays the violin in the Explorer’s Lounge was sent home.  The Explorer’s Lounge is one of our favorite places on the ship.  Classical music in the form of piano and violin duets, or string quartets play while liquors and home made chocolates are served.  Kent volunteered to replace the entertainer sent home.  He is perfecting his talents, which compare to the Great Pugol, an early French entertainer.  (Google it).

Wait Staff—Our dining room wait staff are mostly from Bali.  Some are from other Indonesian islands or the Philippines.  They have been well trained to great us with smiles and warm greetings and to always say “Enjoy your meal or Enjoy your day.”  Most are men with 4 letter names like Jaya, Asep, Tiro, Gede, Tiya, etc.  Some are a little more complex like Prass or Usman.  Our cabin attendants are similarly friendly. They all try to learn our names quickly and seem eager to please.  We try to learn and remember their names, but it is difficult for us.