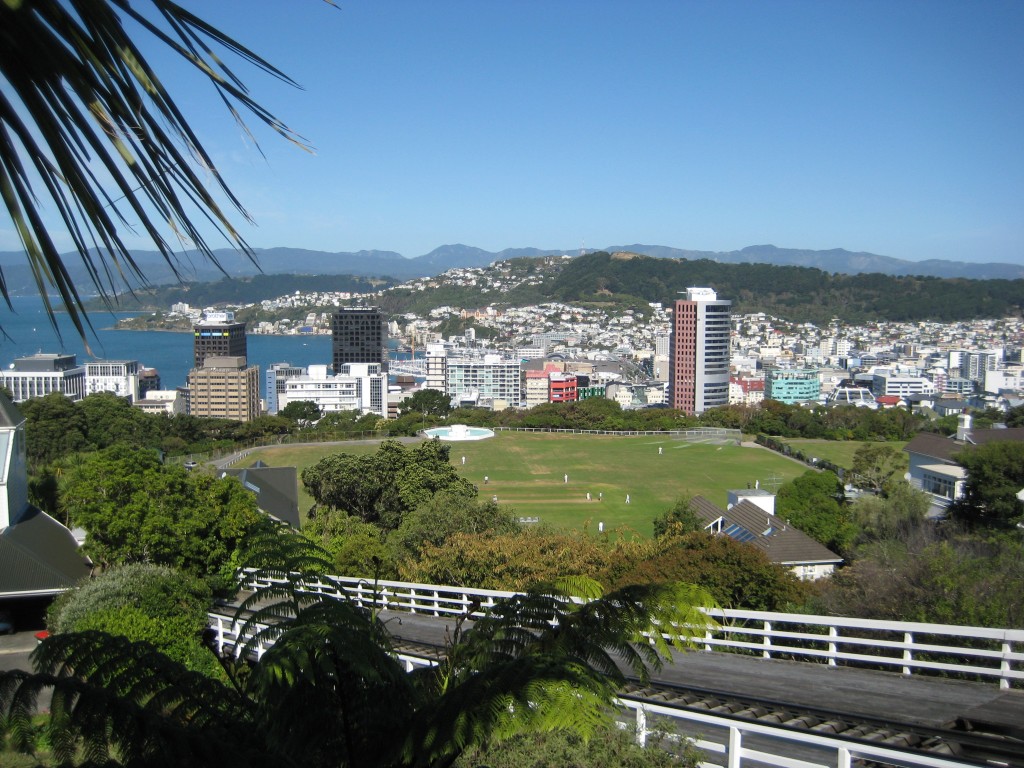 View of Wellington from the Botanical Garden 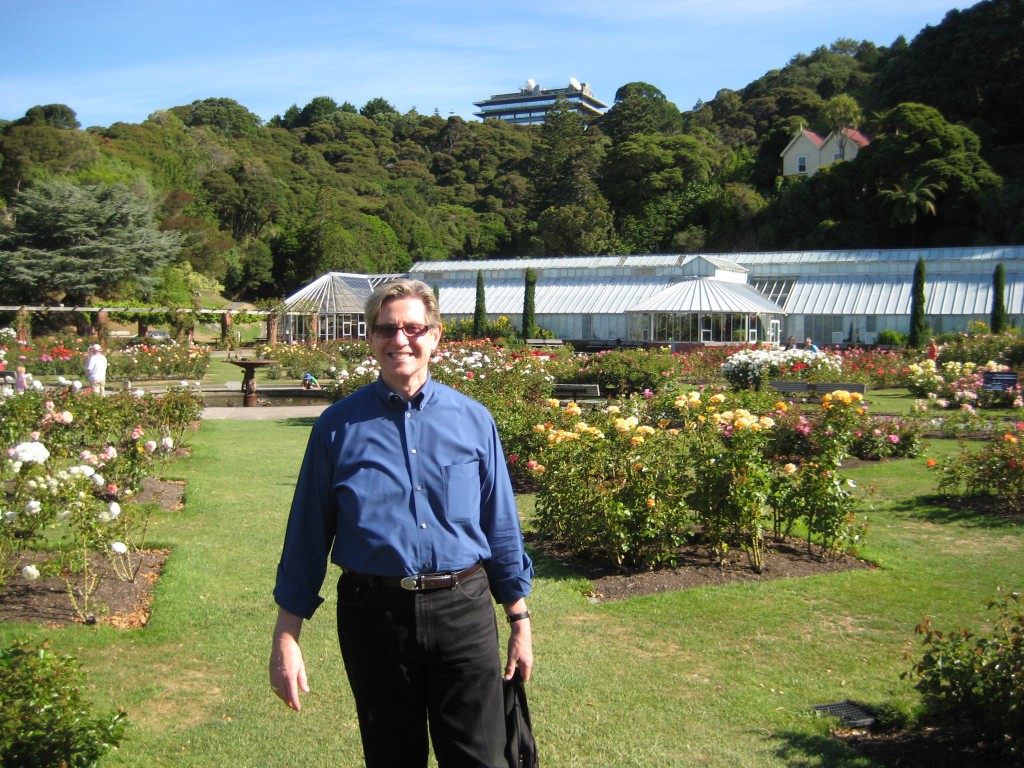 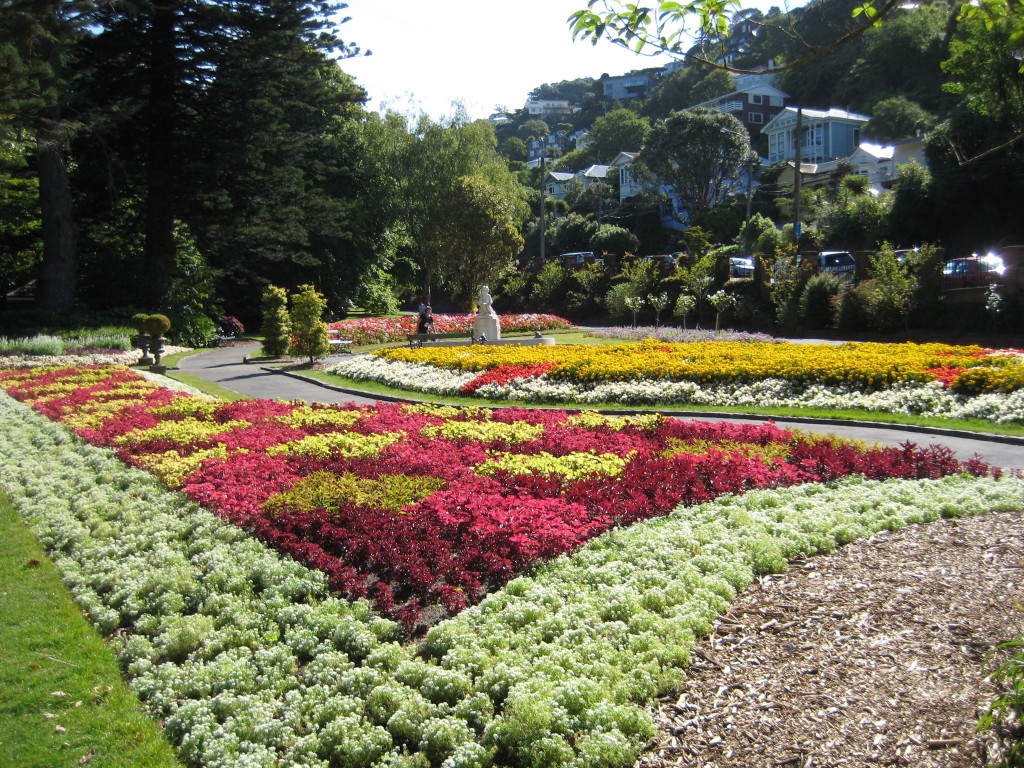 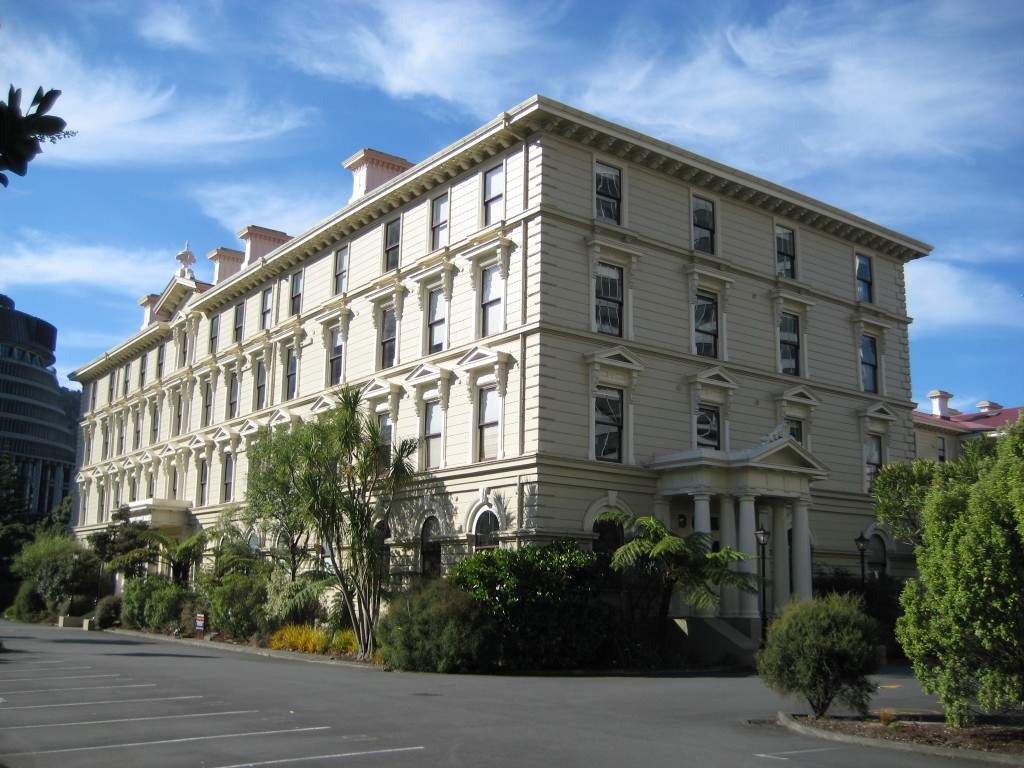 Wellington is located at the southern most tip of the north island of New Zealand. It is also the southern most national capital in the world with latitude of 41degrees south. In 1865, Wellington became the capital of New Zealand, replacing Auckland, where William Hobson had established his capital in 1841. Parliament first sat in Wellington in July of 1862, but the city did not become the official capital for some time. In 1853, Premier Alfred Domett believed that if the capital was not moved to the Cook Strait that the southern regions where the gold fields were located would form a separate colony. Because of its southern location and its omnipresent winds through the Cook Strait, the city is known by locals as “Windy Wellington”.

The local tourism authority has provided a shuttle bus for us to take from the port into the heart of town today. It is a Sunday so many of the shops and businesses are closed. We did not have a tour scheduled so we set out on foot to explore the city on our own. Much of the area along the waterfront was reclaimed many years ago after an earthquake raised the level of the ground. This has created a marvelous seaport area, which is extremely nice. They have their civic square, library, Museum of Wellington, Te Papa Museum, a park and much outdoor public space along the waterfront. On this day they were having a farmer’s market where you could purchase not only fruits and vegetables but also a large variety of food and handicrafts were available. After exploring the waterfront area we headed up Cuba Street, which is a pedestrian only street lined with shops, restaurants and many street performers. This area is a bit more bohemian where the people look a bit hippie like. Many of the people look less well kept, have longer hair and the shops are a bit on the funky side. We stopped at a fish market on Cuba Street, which also served prepared food, for some local fish and chips.

After lunch we headed out along Lambton Quay, which was the waterfront street prior to an earthquake, but today it is several blocks inland from the bay. Along Lambton we found the more commercial office buildings, department stores as well as five shopping malls. The shops and the street here were beautifully maintained with colorful landscaped medians and beautiful facades on the buildings.

Along Lambton Quay we took the Wellington Cable Car, which was originally opened in 1902 to carry folks up the steep hillside to the plateau above. Originally a steam operated system, which was replaced with electricity in 1933 and finally replaced with a modern Swiss designed system in 1978. At the top of the cable car track you are greeted with fantastic views out over the city and bay of Wellington.

Once at the top of the hill we entered the Wellington Botanic Gardens, which is an enormous open parkland and is beautifully maintained and free for everyone to enjoy. The gardens were established in 1868 as part of a program to import plant species and assess their economic potential to the new colony. There is a very well marked path that we took down hill through the gardens back to the city. Along the way we passed the Lady Norwood Rose Garden, a begonia house, a tree house visitors center, a children’s play area and acre after acre of beautiful landscaped grounds.

At the lower end of the gardens is the Bolton Street Memorial Park, which was first established in 1840 as a cemetery. For 50 years, it was administered as three separate cemeteries; Church of England, Jewish and public. In 1892 it was closed except for new burials on existing family plots. Between 1968 and 1971 the cemetery was temporarily closed to the public while 3,700 bodies were exhumed to allow construction of the new urban motorway, which goes right through the old cemetery today. The remains were moved to a large vault and the headstones were relocated into the remaining cemetery lawns. Today it is very well maintained and a piece of history with all of the interesting headstones from the 1800’s.  Mark loves looking at cemeteries.

Once we arrived back in the port area we checked out Wellington’s government buildings including one they call the “Beehive” because of its unique beehive like shape. Wellington also is home to the second largest wooden structure in the world, which once served as the city’s government offices. Several interesting church’s including Old St. Paul’s and Wellington Cathedral were on our tour.  We had walked for almost eight hours.

Back onboard the ship there was a New Zealand Food and Wine festival poolside. Many varieties of seafood, lamb, cheese and other local dishes were being featured. Tonight’s entertainment was a quartet called “Black Tie”. Two brothers and their wives sang as well as played the piano and cello. It was a different act but not particularly fabulous.