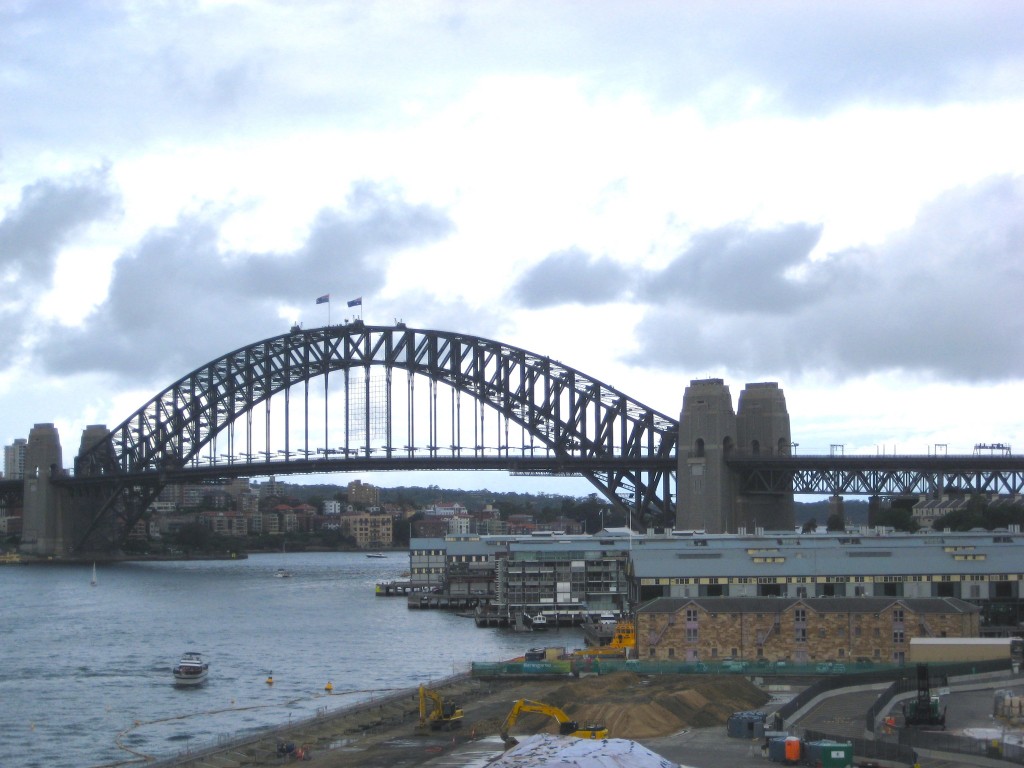 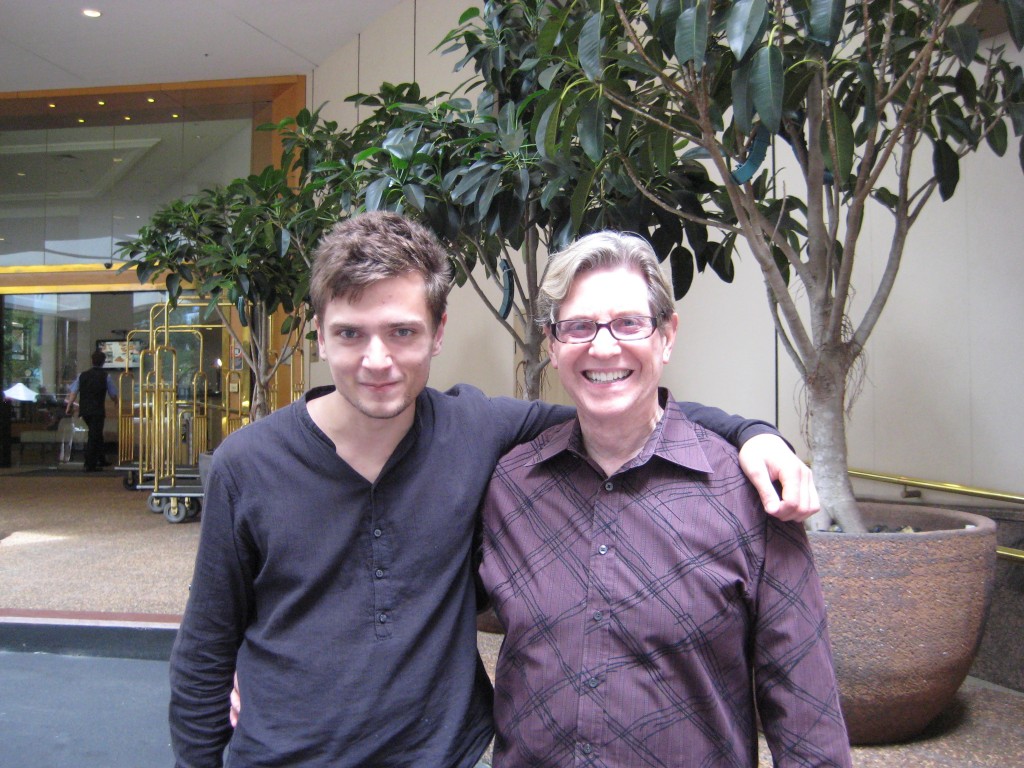 Kent and our student Olivier 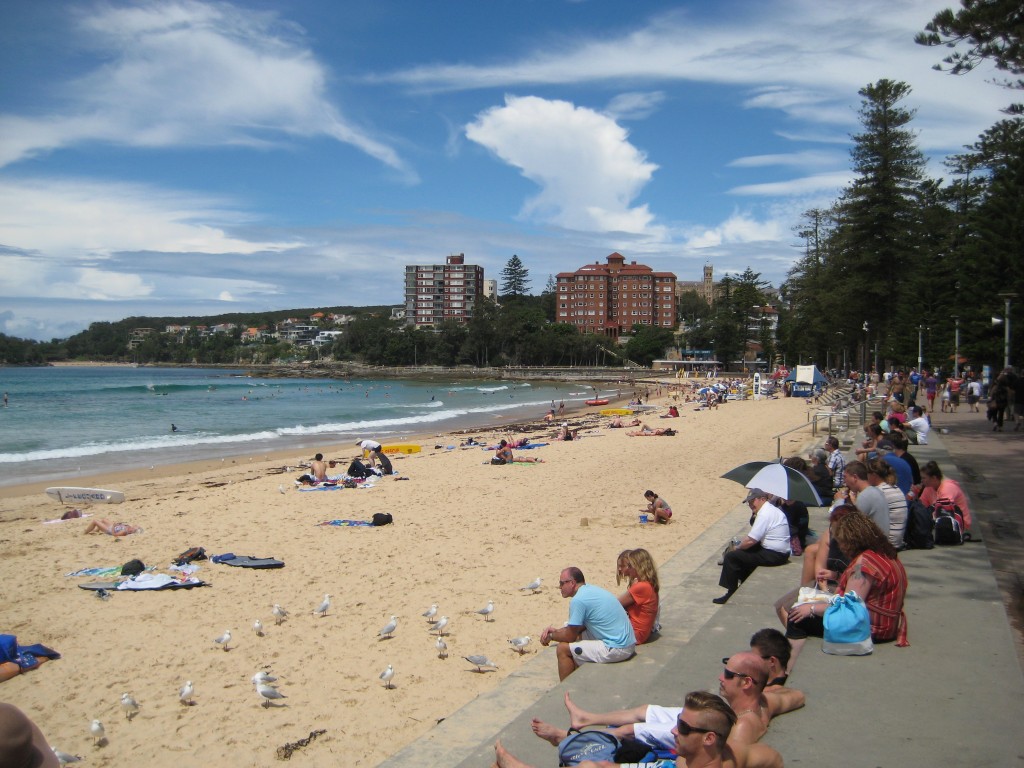 The weather on this Sunday morning was rain filled but luckily it did not last too long and the sun came out for the remainder of the day.

We were lucky to be able to visit with one of our French students, who studied at San Diego State in 2008, whom we had mentored. Olivier has had the opportunity to travel the world and study in cities like Sydney, Montreal and San Diego. He also was able to travel in India while helping to film a documentary and to volunteer in a remote village in Ecuador. Olivier got his masters degree in Sydney and did a semester in Buenos Aires.  He had just arrived in Sydney from Paris, where his family lives, to try and find a job.

We were able to catch up over coffee while it rained both at a café and at the Museum of Contemporary Art Café overlooking the opera house and the Circular Quay. After the rain stopped we boarded a ferry across the harbor to the town of Manly where we had a quick lunch of take-away fish and chips on the beach. Even though it had rained fairly heavily in the morning the sun was out and the beach was filled with sunbathers.  Not many Hotties! The beach at Manly is a beautiful white sand beach, which stretches for quite some distance. Thank you Olivier for spending time with us and sharing your life’s adventures.  We wish you the best!

After our return to Sydney Harbor via the ferry it was time to head back to the ship since our all-aboard time was 4:15. As is usual when we sail out of any port we have a sail-away party on the rear deck of the ship. Today was no exception except that there were three times as many people at the party. Everyone wanted to be on deck to see us sail under the Sydney harbor bridge, past the opera house and through the gorgeous harbor before making our way out to sea.  Kent quickly identified and engaged some new ship entertainers (Aussie Boys) on deck and some new faces from Canada, all of whom might make these next few days more interesting.

At our usual 7:00 PM “Friends of Dorothy” cocktail hour, one of our group introduced his “find” for the day in Sydney.  Yes, you guessed it:  a kangaroo scrotum pouch.  Very popular souvenir with the tourists to serve as jewelry bags.  The size of the pouch is about 3” by 4” and looks a lot like a fine piece of leather. The top of the pouch has had a drawstring added to keep those jewels from escaping. Some even have beads added to the drawstring for color. We plan to buy several for our special friends!  They are fabulous with or without fur!

The entertainment on this night was another flautist by the name of Simeon Wood. Most every flautist does a few of the same songs, which are difficult to do on the flute like “The Flight of the Bumble Bee”, but Simeon’s show was entertaining. He was better at engaging the audience and his songs were more familiar to people than the last flautist who performed.