Mark and our friend Jenn 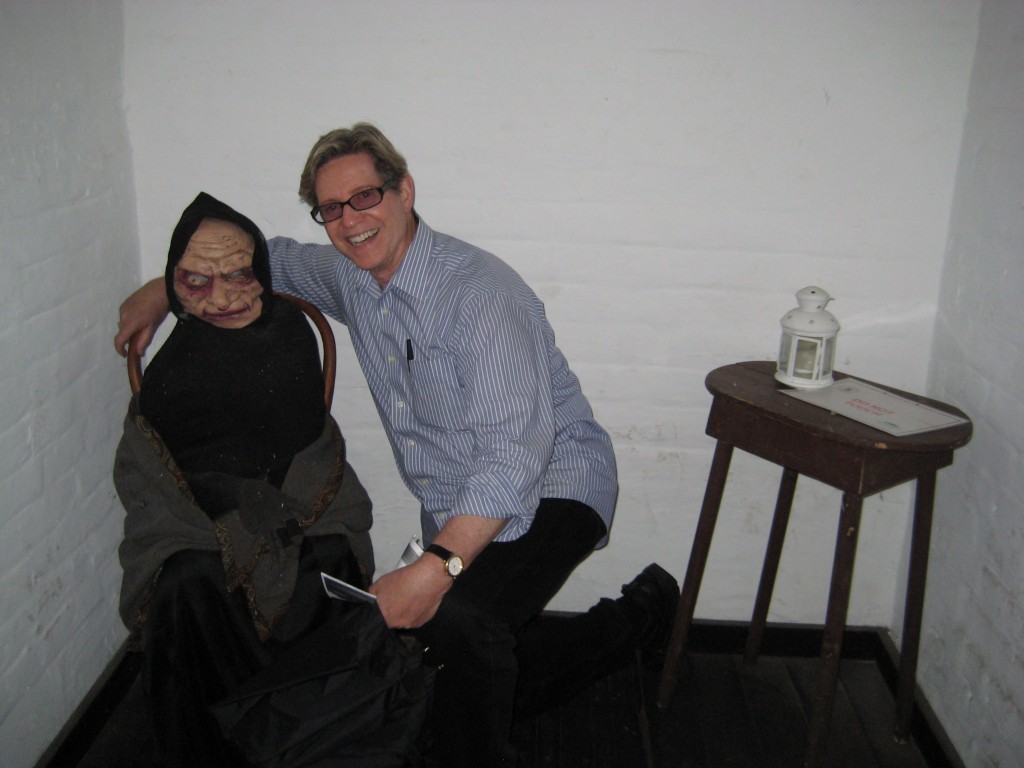 Kent and his new jailhouse bride. 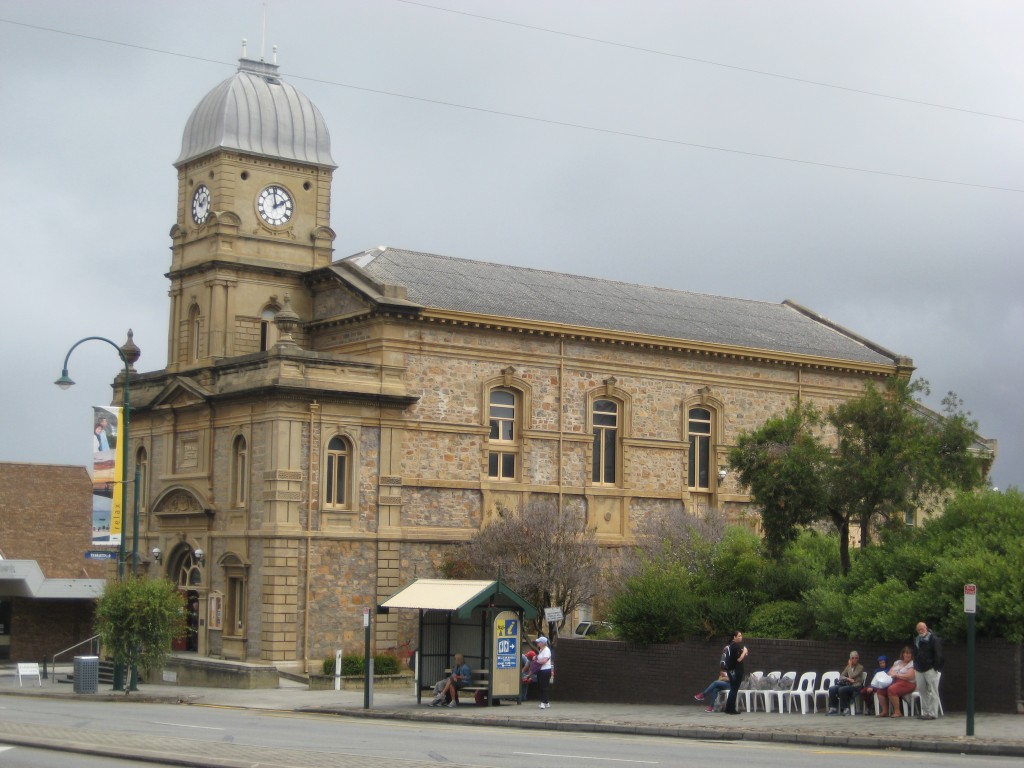 Founded in 1827 as a military outpost, Albany is located in western Australia near the southwest corner of the country. The military outpost was established to stop the French ambitions in the region. During the late 19th and early 20th centuries, the town served as a gateway to the Eastern Goldfields, and for many years was the only deep-water port. Prior to the 1950’s, whaling was an important part of the local economy, although today its main industries consist of tourism, fishing, and agriculture.

The weather was a mix of rain and sunshine, with temperatures in the 70’s.

We took a short shuttle ride into town with our friend Jenn to explore the town on foot. Being a Sunday most of the shops were closed, but the locals had set up a small craft market with entertainment in the park on the main street called York Street. We walked to the botanical garden, which was more like a small neighborhood park. Nearby was the community cemetery with graves dating back to the late 19th century. As it rained we ducked into McDonald’s to use the Internet, which is very common at most of the fast food restaurants. The service was slow but allowed us to check emails and to update this blog.

After the rain had passed we continued on to the Town Hall where they were having a nice photography exhibit, as well as stopping in at a few shops that were open. At St’ John’s Anglican Church we came across an Aboriginal smoking ceremony of some type going on. Someone said they thought that a woman of the local tribe who had been separated from her family had been returned home and it was a celebration. There were metal buckets with smoldering and smoking eucalyptus branches. Several people were seated in a semi-circle with a band of white sand placed on the grass under their bare feet. During the ceremony some reddish brown powder was placed on the sand around their feet as well as thrown into the air. One black gentlemen who was involved in the ceremony was dressed in a suit but had very long red hair and a beard.

We took a self-guided tour of the Albany Convict Jail, now open as a museum. The convict system here was based on the idea of rehabilitation. Convicts were transported here from England over an 18-year period beginning in 1850. Most of the convicts were hired to work by the free settlers to perform a variety of jobs. Some manned the pilot boat, some built roads, while others help lay the railroad. Buildings on the site included a barracks, a cookhouse, warden’s quarters, a store, a blacksmith and carpenter’s workshops.

From the jail we walked the short distance back to the ship along the waterfront. The waterfront has a newly built entertainment center and boat harbor, with additional construction underway.  After we returned to the ship, Jenn said, “You know why I like hanging out with you guys?  I can say ‘f%*k.’  I can be myself!  I can’t say bad words with those other old people!”  I guess that’s what we all want, Jenn…friends we can be ourselves with.

The entertainment onboard the ship this evening was a variety show of Laszlo and Claudia the violinists and Colleen Williamson the soprano, all of which are excellent at their arts.