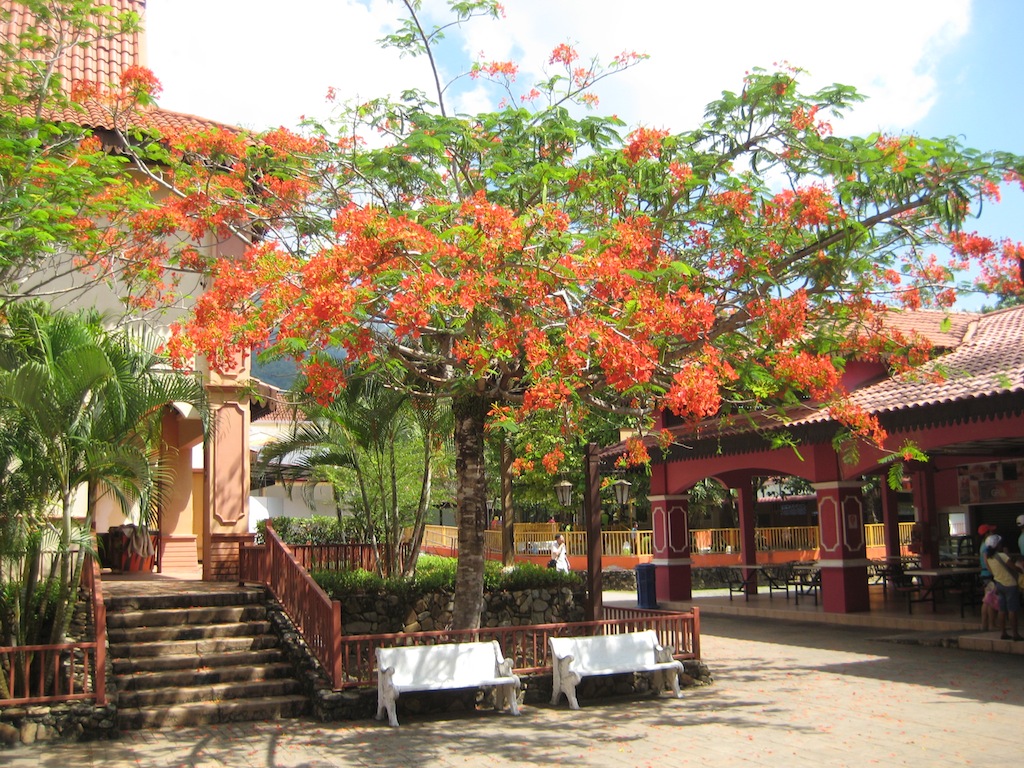 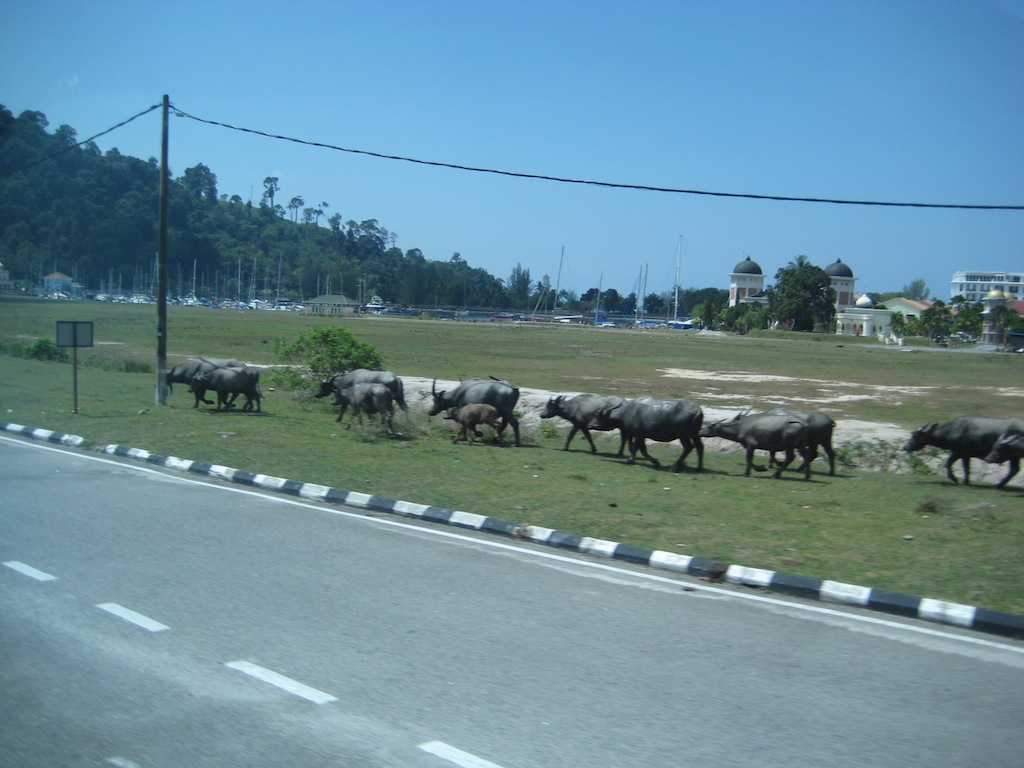 Langkawi is the main island of the Langkawi group located in the Strait of Malacca, Peninsular Malaysia, but you already knew that. Langkawi is only about 18 miles in length and 10 miles wide. The highest point is on Raya Mountain where it rises to 2,887 feet. Most of the island’s residents are engaged in fishing but they also cultivate coconuts, rice and run rubber plantations. The name Langkawi comes from two Malay words “helang” meaning “eagle” and “kawi” meaning “auburn” and the eagle is the symbol of the island.

Our tour took us to Gunung Mat Cincang Mountain where we took a cable car to the top station at the summit over 2,500 feet up. From here we could see 360 degrees around the island including many of the 99 islands that makeup Malaysia. The cable car ride is a very steep incline with few support columns but the ride is extremely smooth and eerily quiet as you climb high above the treetops. If the skies were clearer we would have been able to see Thailand in the distance but it was over 90 degrees and very humid and the skies were not clear.

We saw wild monkeys and water buffalo along the roadsides wandering at will. We stopped at a man made harbor for photos of the bay and surrounding mountains. The island homes are rustic looking, scattered throughout the island, mostly along the water’s edge.

We visited the Rice Garden, one of Langkawi’s eco-tourism attractions, where we visited a museum showing all aspects of rice cultivation. The museum featured not only photos and cultivation implements but it also had the actual rice fields with people tending to the cultivation of the rice.

The town near the port called Pantai Cenang, was a resort style town with beautiful white sand beaches, small resort style hotels and lodges and a main street filled with eating establishments and souvenir shops. Due to the extremely warm weather most of the businesses appeared to stay open until midnight when it was cooler and the tourists could come out to eat and shop. We joined Jenn for an Indian lunch in town and then some shopping.

Before leaving port we had a local Malay Kompang Dance Show onboard. They performed a variety of regional cultural dances in festive colored outfits. The show was similar to several of the other shows we have seen in other Asian countries.

The nightly entertainment was a variety show featuring the last two performers, Clare Langan the Flautist and Kenny Smiles the Welsh comedian.