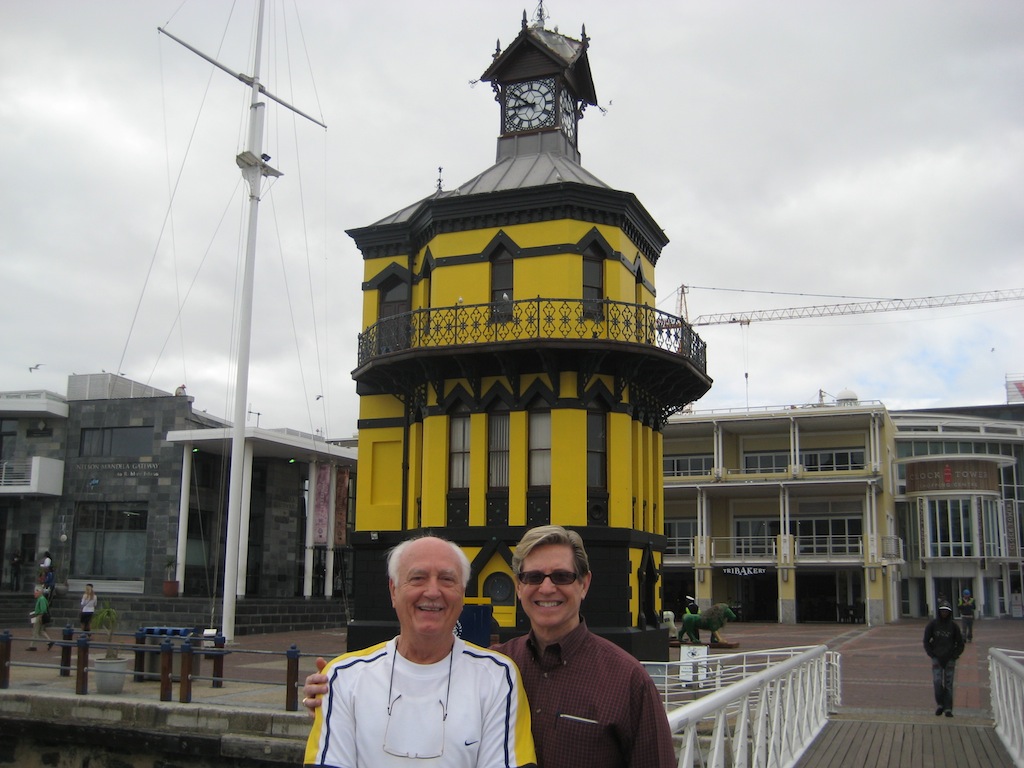 Bruno and Kent at the V and A Mall 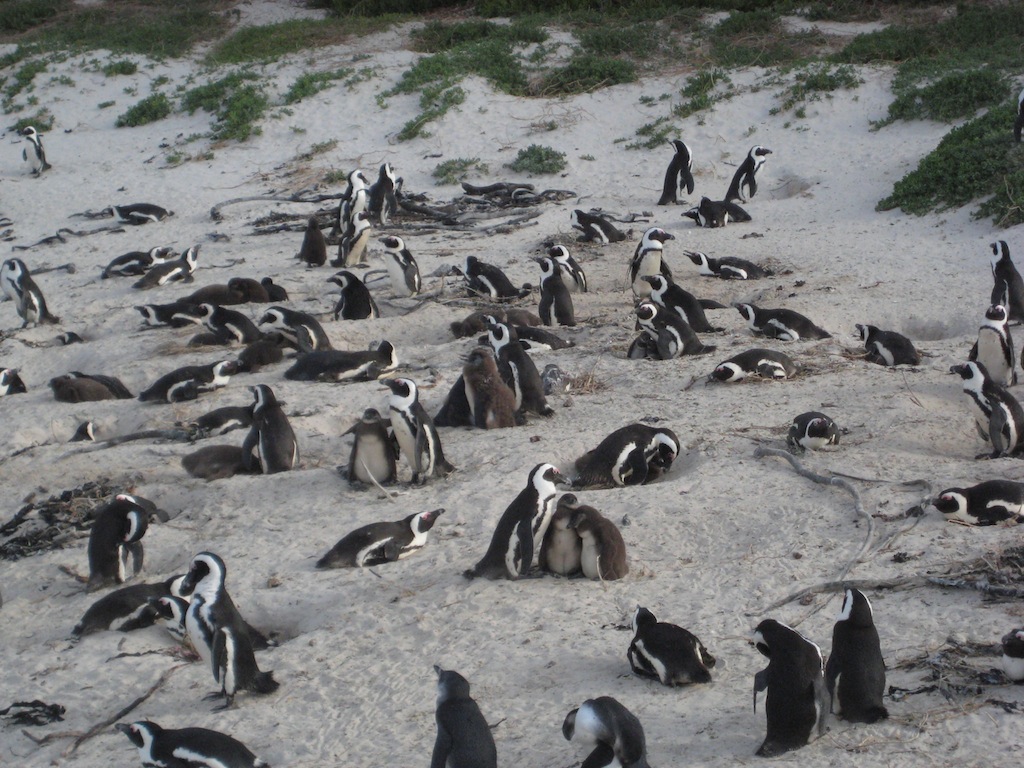 Cape Town is the third most populous city in South Africa and its legislative capital, as well as capital of the Western Cape Province. The city lies at the foot of Table Mountain, so named for its flat top, and on the shore of Table Bay. The peak of Table Mountain stands at 3,570 feet above sea level. Cape Town is a commercial and industrial center; oil refining, food, chemical and fertilizer processing, and the manufacturing of automobiles, leather and plastic goods, and clothing are the chief industries. An important port, Cape Town’s exports consist mainly of gold, diamonds and fruit. Cape Town is famous for its gorgeous natural harbor, as well as its location near the Cape of Good Hope. Much of the former dock area is now a commercial and tourist waterfront area with museums, craft markets, shopping malls and restaurants. Lastly, it is famous for the fine wines produced in the areas of Stellenbosch, Paarl and Robertson.

A friend by the name of Bruno whom we met in 2007 on a cruise from Buenos Aires, Argentina to Santiago, Chile lives in Johannesburg, South Africa. Bruno was in Cape Town to visit his daughter and to celebrate his granddaughter’s birthday so we were able to meet up with him in Cape Town. Bruno picked us up at the ship and took us for a look around the nearby waterfront area called the Victoria and Alfred Waterfront Center before heading south to the Cape of Good Hope. The drive along the coast is rugged with lots of whitewater waves crashing on the shoreline.  The vegetation at first glance looks like scrub brush, but on closer inspection you can make out the vast array of unique plants that makeup the brush. There are many grasses of differing shades of green, small flowering plants and shrubs each unique unto itself. We passed many beautiful hillside homes overlooking the rough seaside coastline in communities like Camp’s Bay and Hout Bay.

After lunch we continued up the eastern shore of the Cape of Good Hope along False Bay to the town of Boulders. Boulders, has become famous for its thriving colony of African Penguins. From just two pair of penguins in 1982, the penguin colony has grown to about 2,200 in recent years. The population was believed to have been 1.5 million in the early 1900’s. Because of their donkey-like braying call they were previously named the Jackass Penguin. Since several species of South American penguins produce the same sound, the local birds have been renamed the African Penguins, as they are the only species that breed in Africa.

The penguin reserve has raised walkways for you to see the penguins while not disturbing their natural habitant in the sand and brush along the shore. You are able to see them very close including their nests, eggs, and baby chicks. The chicks are covered in soft down for about sixty days after they are born. After that time the down is replaced by a blue-grey plumage for a year or two until they attain their distinctive black and white plumage. They are just the cutest little birds to watch swimming and waddling along the shore. These penguins feed on squid and anchovy, and can stay submerged for up to two minutes.

After returning to the ship around six, we took the ship’s shuttle back to the nearby mall to use the free Internet service. By the time we returned to the ship it was too late to get dinner so we ordered our first room service dinner before retiring for the night.