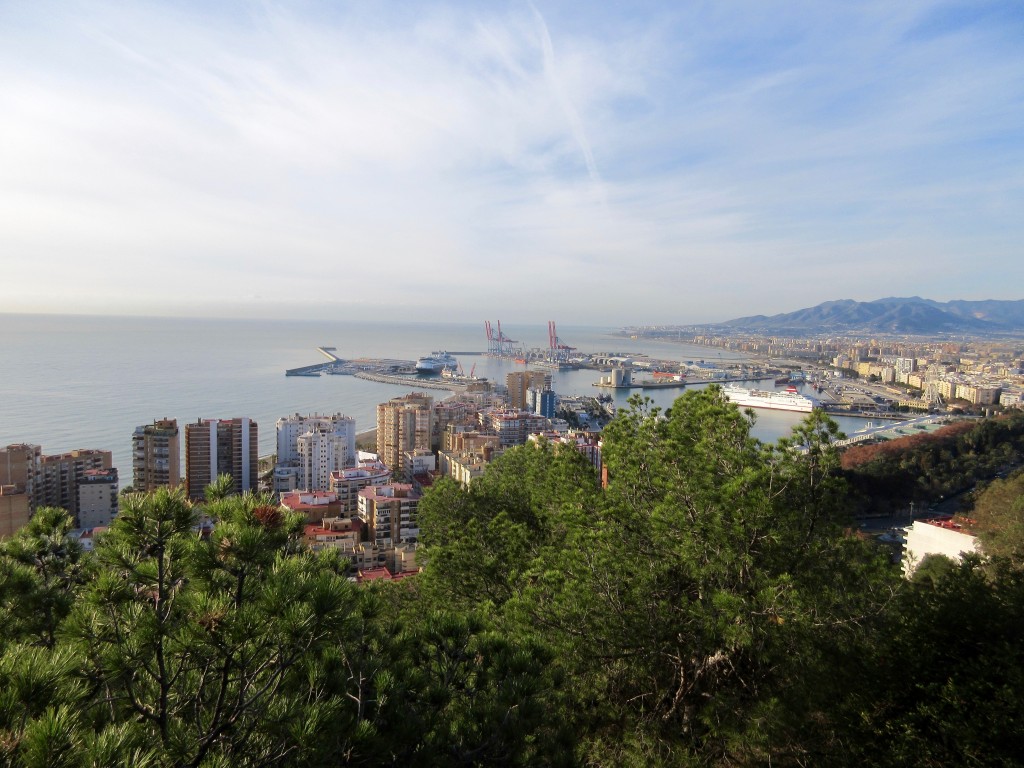 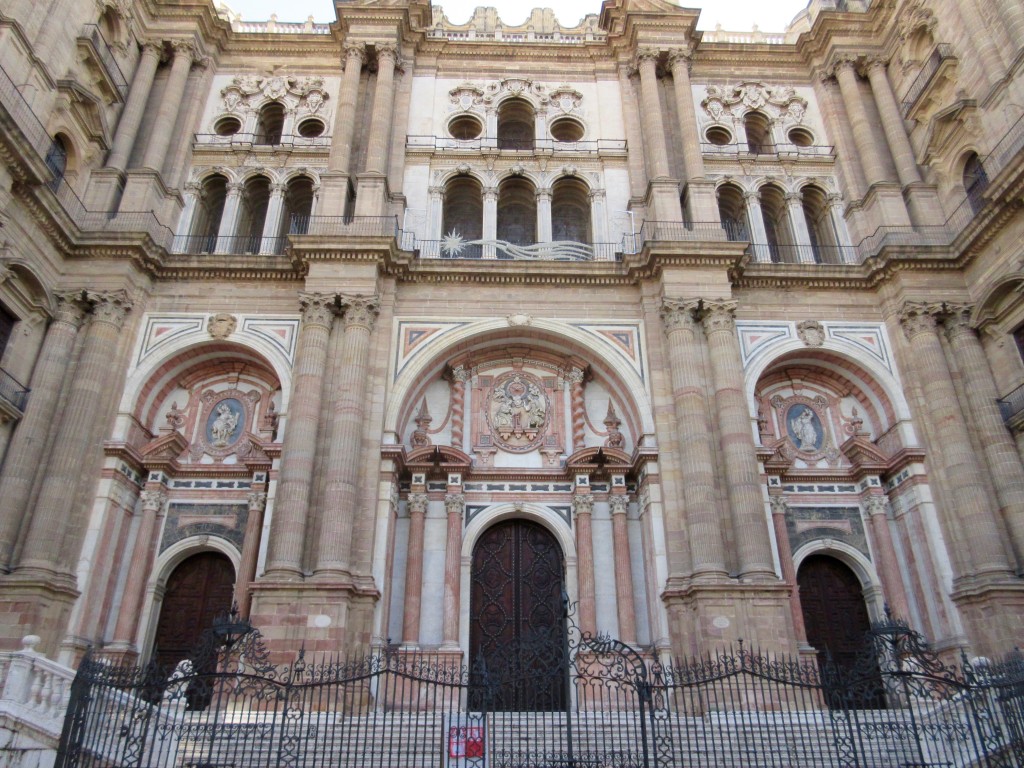 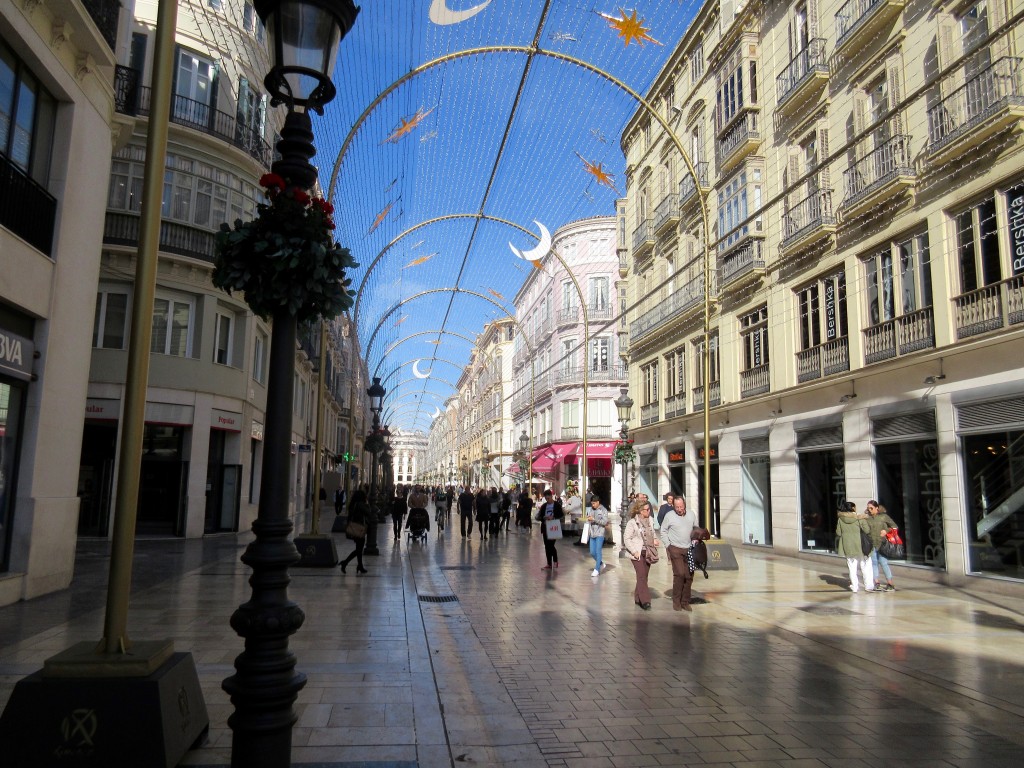 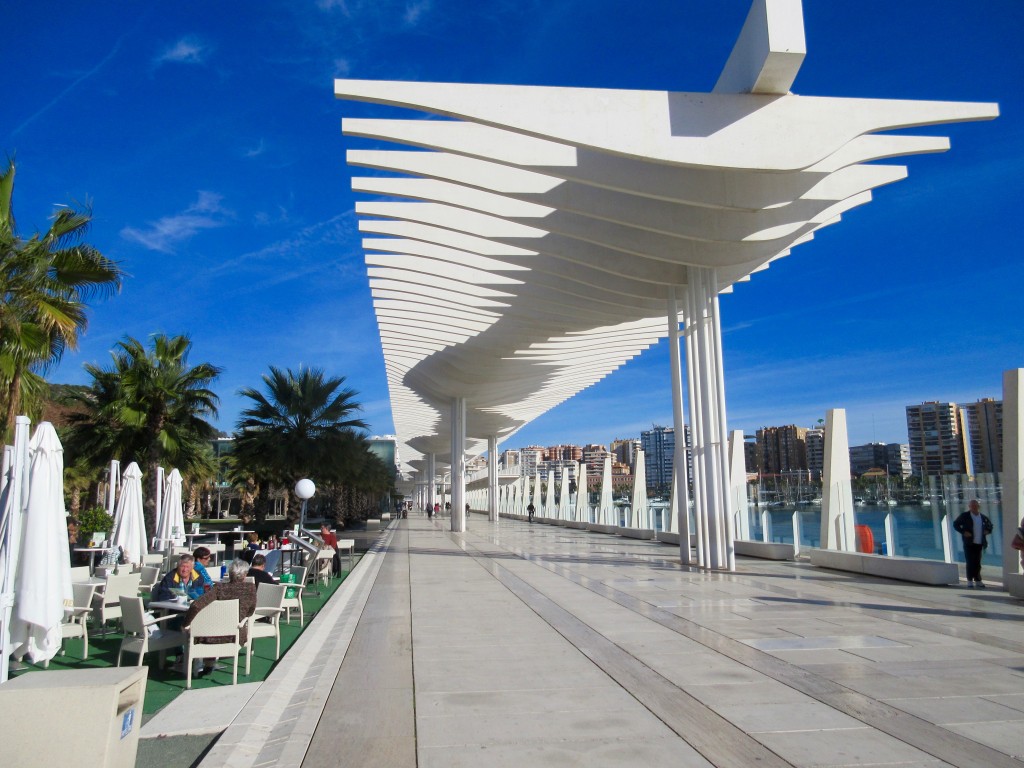 Malaga is located on the northern shore of the Mediterranean Sea approximate 60 miles east of the Strait of Gibraltar and 80 miles north of Africa. The population is about 800,000 in the metropolitan areas and is the sixth largest city in Spain. Malaga is known as a tourist destination due to its location on the Costa del Sol or Coast of the Sun where they have mild winters, warm summers and 300 days of sunshine a year.

Pablo Picasso, the famous painter and sculptor, was born in Malaga, as was the actor, Antonio Banderas. The family of Pablo Picasso gave the city of Malaga a collection of his paintings that are now housed in a wonderful museum here.

Kent and I took a short panoramic tour of Malaga that took us on a drive through the city to see the highlights before dropping us in town to explore on our own. From high atop the surrounding hillside, we could get a great view out over the city and the harbor. We drove by the bullring that is still in use today; and yes, someone still has to die in the bullfight (man or bull).

Malaga is a city of contrasts, with both old historic buildings with beautiful wrought iron railings situated next to sleek modern buildings. The old historic district is mostly pedestrian only and the charming meandering streets are filled with shops and eating establishments. Most are small unique shops rather than the major worldwide brands you find in every city around the world today.

We visited the Carmen Thyssen Museum housed in a beautiful 16th-century city palace. The collection focuses on Spanish artists of the 19th and early 20th-century. The collection of paintings, depicting everyday life and landscapes, were very impressive. The museum is very modern, beautifully clean, and well illuminated and the art was well presented.

We stopped for lunch at a small bar in the old historic district where we had fried calamari, ham and cheese croquettes and shrimp in a dish of garlic oil with bread. Most of the tapas items on the menu were priced at four to six euros per plate. Soft drinks were considerably less at one-euro-fifty, compared with three euros in Amsterdam and Rotterdam. Still the size of the bottles is considerably smaller than you would find in the US.

We wandered along the botanical gardens with lush tropical landscapes, shady paths and ornamental fountains before exploring the beach. In 1972, Kent had studied Spanish and lived with three old ladies in some part of Malaga close to the beach. He wanted to find things that looked familiar. Unfortunately, many things have changed since then, including his memory, so nothing much seemed familiar to him except the bullring. He was happy to visit Malaga again and to relive those old times, including playing the castanets!

The evening entertainment was a gentleman by the name of Naki Ataman who is a wonderful pianist. He takes you on a tour of 19 countries through a visual slide presentation accompanied by him playing the piano non-stop for one-hour.