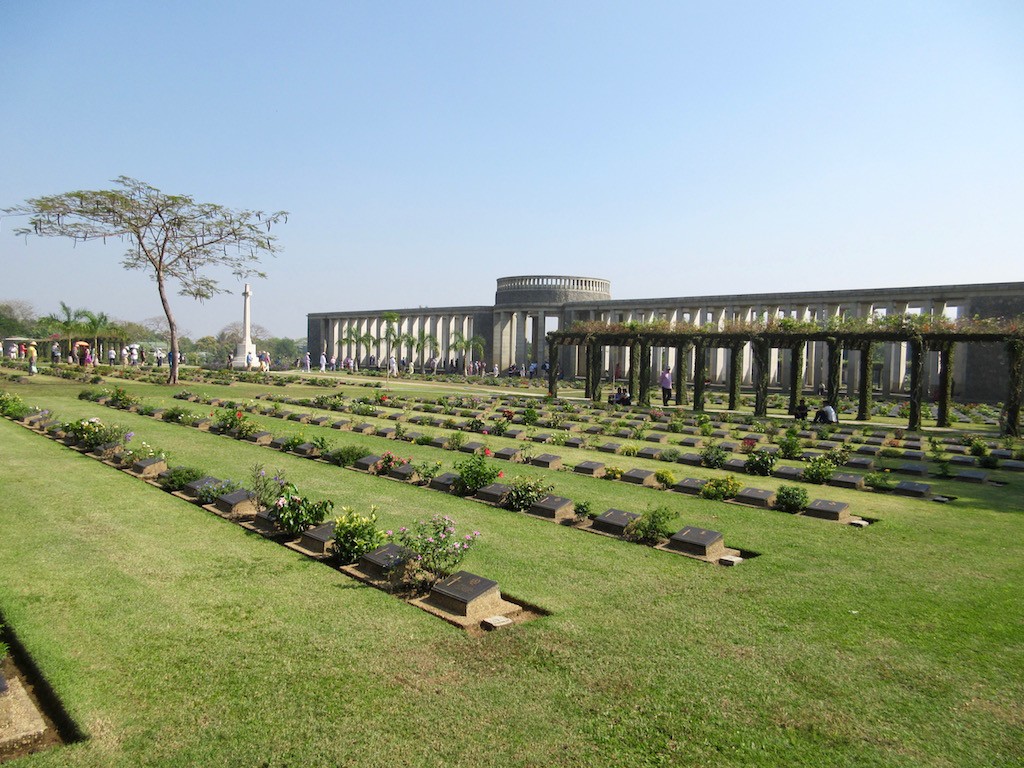 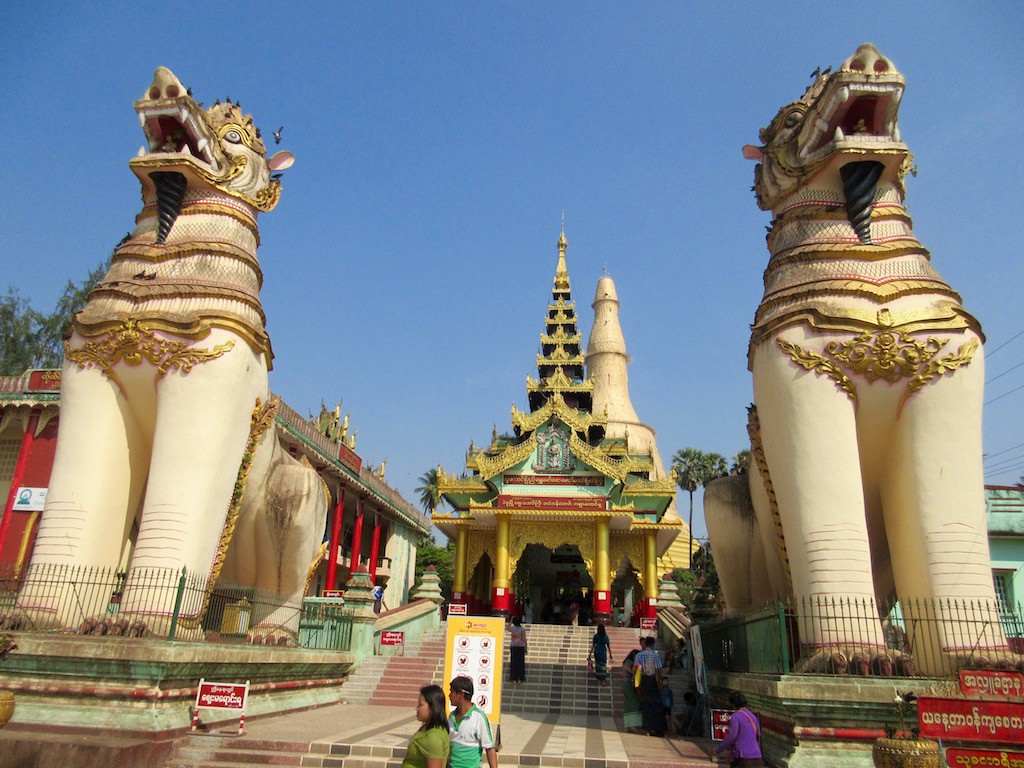 Another busy day with a tour titled “Bago: The Ancient Mon Capital.” We headed out early to the city of Bago with a population of 200,000, located about a two-hour drive from the ship. Along the way we stopped at a huge World War II cemetery containing the graves of some 27,000 allied soldiers who died in the Burma and Assam campaigns. The cemetery is beautifully maintained with lush green grass, planted flowers between each headstone and several stone monuments.

Bago is located on the eastern bank of the Bago River in lower Myanmar and was founded in the year 825 by the Mons, who migrated from China. King Binya U established his palace in Bago in the 14th century, and it became the ancient capital city of the Mon Kingdom in the 15th century, when it was known as Pegu.

Our first stop was at the Kyakhatwaing Monastery, the largest monastery in Lower Myanmar and one of the three largest in the country. This is a teaching monastery where some 500 monks live and study Buddhism. Students can receive a diploma after three years of studying if they can pass a final exam. We learned that the monks rise early in the morning for breakfast and prayer before heading out in the community where locals give them food for the day. Lunch is served to the monks prior to noon at which time they are not allowed to eat any solid foods for the remainder of the day. They spend most of their days meditating and studying scriptures and living according to Buddhist law. These laws include not doing anything that would harm you or others, no alcohol, no inappropriate sex, etc.

The 1,000-year-old Shwemawdaw Pagoda was out next stop. This is a famous pagoda throughout Myanmar because it is said that hair relics of Buddha are enshrined here. The pagoda is taller than the Shwedagon Pagoda in Rangoon but it is not nearly as beautiful and the surrounding shrines are not as ornate or unique. The Pagoda is a stupa style, meaning that it is a solid mass and you are not able to go into the stupa like you would a temple. The structure is made of stone, brick and earth before being plastered over. Some are then whitewashed while others are covered in gold leaf or gold plated tiles. The gold leaf does not last longer than four or five years before it needs replacing. This particular temple is currently surrounded by scaffolding and is in the process of being refurbished.

We then went to the Hinthakone Pagoda, located on the highest point of the city. They were having some type of ceremony here where loud music was being played and a man dressed as a woman was dancing for the crowd. The pagoda itself was very simple and not so impressive after the places we had seen yesterday in Rangoon.

Next we drove to the Shwethalyaung Reclining Buddha. This Buddha is considered a masterpiece of perfection in symmetry, measuring 180-foot long, 52-foot high and resting on a five-foot tall plinth. This was a spectacular reclining Buddha; a bit subtler than some we have seen. Some are very feminine looking with very red lips and eye shadow, almost more like a woman than a man. From here we walked a short distance into a typical Mon village to view how the local people live. The homes are mostly simple wood structures, but you find the odd brick and stucco home with windows nestled among the rest every now and again. Still others are living in what we would not even consider a home. They are lucky to have enough bamboo, lumber or something to keep the rain out. Everyone bathes outside in the yard using a bowl to pour water over his or her head. We stopped at a local weaving shop to see weaving and a cigar rolling demonstration. When I say weaving shop I am referring to a space located under a simple wooden home that resembles a crawl space with a dirt floor. Here they have six weaving looms creating textiles to be made into local garments.

On the return trip to the ship we stopped at a 15th century Kyaikpun Pagoda that features four gigantic Buddha images sitting against a massive stone pillar. It was dark by the time we returned back to the ship and everyone was tired.

After a shower and dinner in the dining room we were treated to a local music and dance performance. The local group performed several traditional dances and then they presented a young woman who did a type of circus act using rings, balancing on a stack of glass bottles all the while bouncing a soccer-like ball on one foot. The finale of the show was a life size elephant made of brightly decorated fabric with fancy embroidery. Inside the elephant were two young men who manipulated the elephant to stand on his hind legs, dance and bow. It was very unique and entertaining.