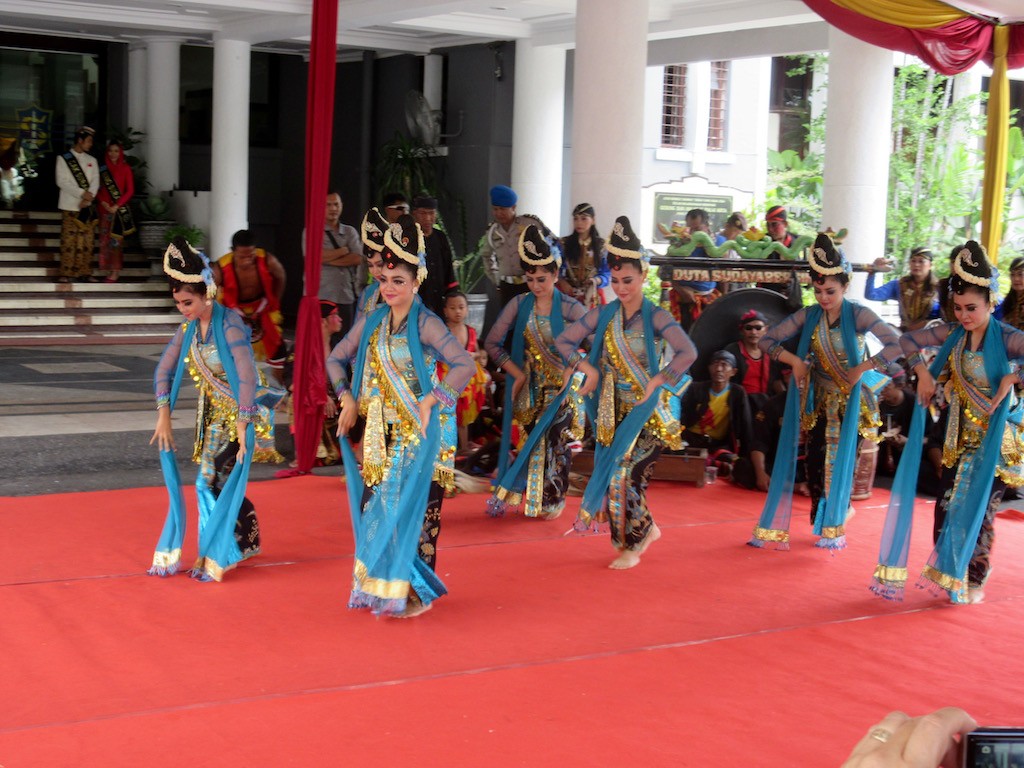 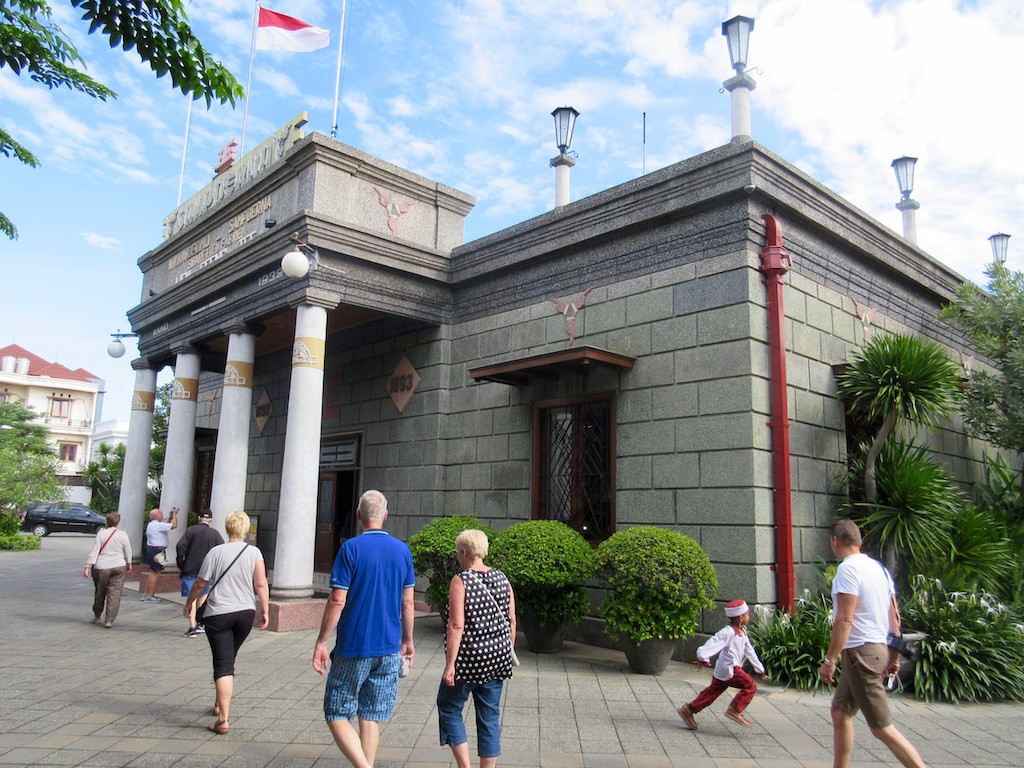 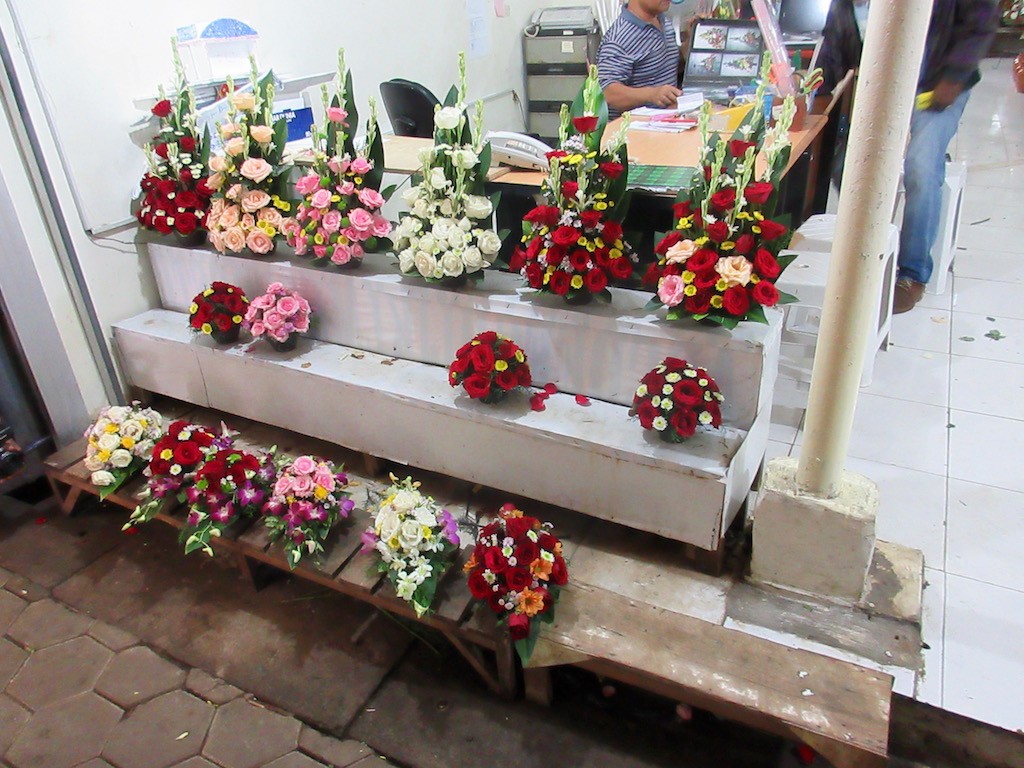 Our tour was titled “ Surabaya Sights” where we had the opportunity to explore the capital city of East Java called Surabaya. Our fist stop was at the House of Sampoerna, a clove cigarette factory and museum owned by a subsidiary of Philip Morris. The old buildings, which once housed the factory, are built in the Dutch colonial style and date back to 1858. The buildings were initially used as an orphanage. Here you can see displays and photographs of the Sampoerna family, who started the cigarette factory more than 100 years ago, and has passed down the family several generations. You see a replica of the family’s original cigarette stand, a printing press that printed the packaging and many family photos.

At the rear of the museum there was once a movie theater for the public, but has now been converted to a factory for the making of hand rolled tobacco/clove cigarettes with no filters. Here you see five hundred women sitting and rolling cigarettes, clipping the ends or packaging the cigarettes at lightening speed. They get paid by the piece, so the faster they work, the more money they can make. On average each woman rolls more than 2,000 cigarettes a day. They are so fast at what they do, that it is like watching a piece of film footage that has been sped up. The smell of the cloves is wonderful as soon as you enter the museum.

Our next stop was at the Mayor of Surabaya’s office and residence. Here we were treated to a folkloric show with traditional Javanese music and dances. After the show we enjoyed local pastries, bay coconut and fruit drinks, coffee and tea. We were also given batik printed fabric hats to wear and take home as souvenirs. Some young local men and women gave us a tour of the building, including a bomb shelter bunker in the basement. These young people are required to give service to the community for one year and are ambassadors for the local tourist industry. They were beautifully dressed and wore sashes stating that they were Mr. or Miss Surabaya.

A KRI Pasopati 410-type Whiskey-Class Russian submarine was our next stop. This submarine was built in 1952 by the Russians and used by the Indonesian Army in 1962 for surveillance and for silent raids. It remains a reminder of the fragile alliances forged throughout Asia in the post-war era. You now access the sub from doors cut in the side so the access is a bit easier but you still must transit the length of the sub through small portholes, which was difficult. The submarine is 249 feet in length and about 20 feet in diameter. The interior is much better suited to short people than tall people. To relocate the submarine to this central city location, it had to be cut into 16 sections and then reassembled.

The Kayoon flower market located on the western bank of the Kayoon River was our next stop. Here we wandered the narrow walkways of shops busy preparing arrangements for locals, hotels and many wedding parties. The market is open 24 hours a day and they prepare the flowers very differently than we do in the states, so it was very interesting. None of the shops were particularly inviting, clean or eye catching, but this is how they do it here. Kent had to use a toilet (his mother always said, “Don’t pass a toilet when on tour!”) and was led to one at the rear of the market. He was asked to take off his shoes to use the toilet. The floor was wet, as people use a hose to wash themselves after using the toilet. So, Kent’s socks were wet for the remainder of the tour. Always a new experience!

We departed Surabaya about 4:30pm after a shore side performance by the local musicians and folk dancers. The entertainment was a variety show featuring Mario D’Andrea and Ashley Carruthers.