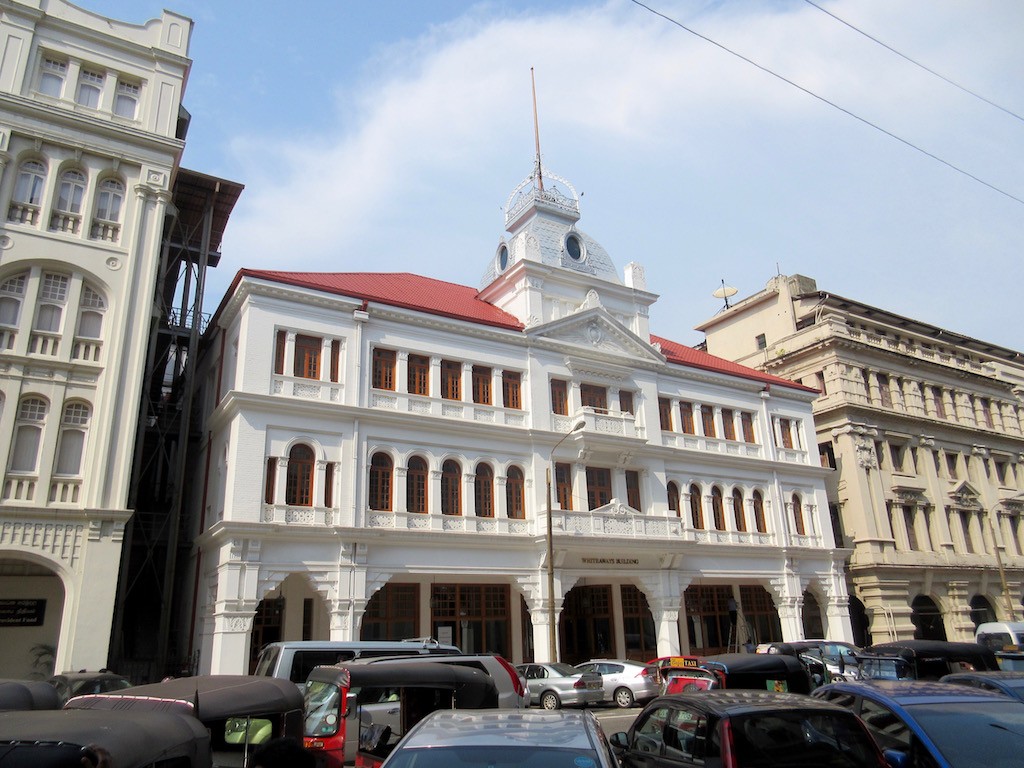 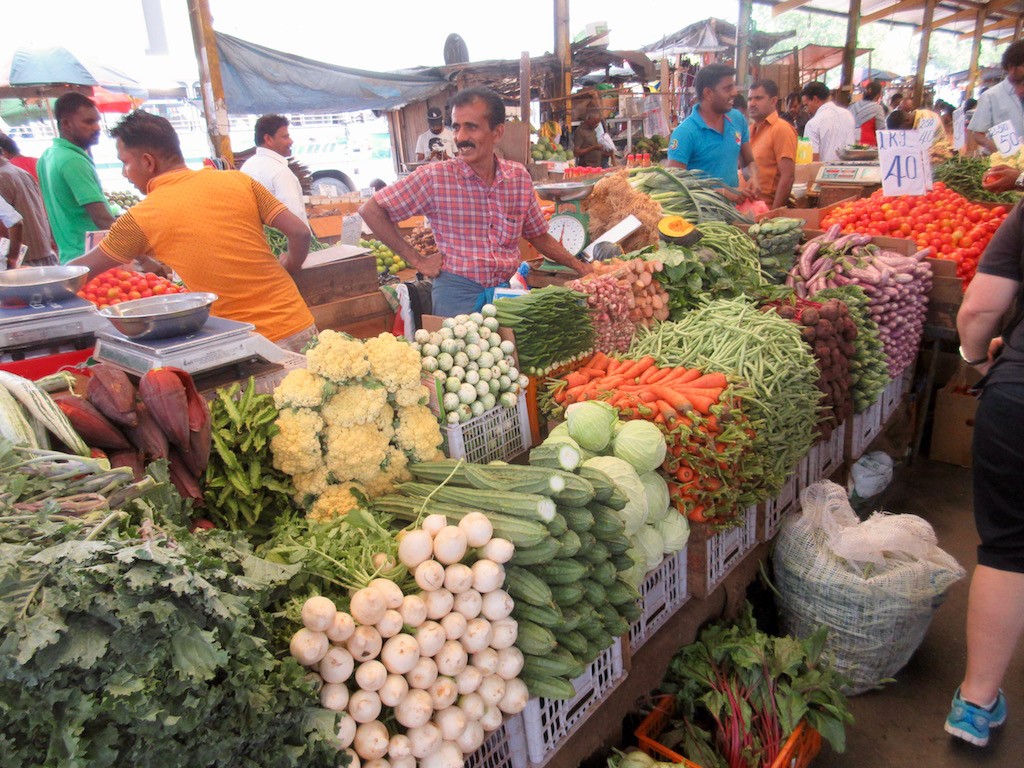 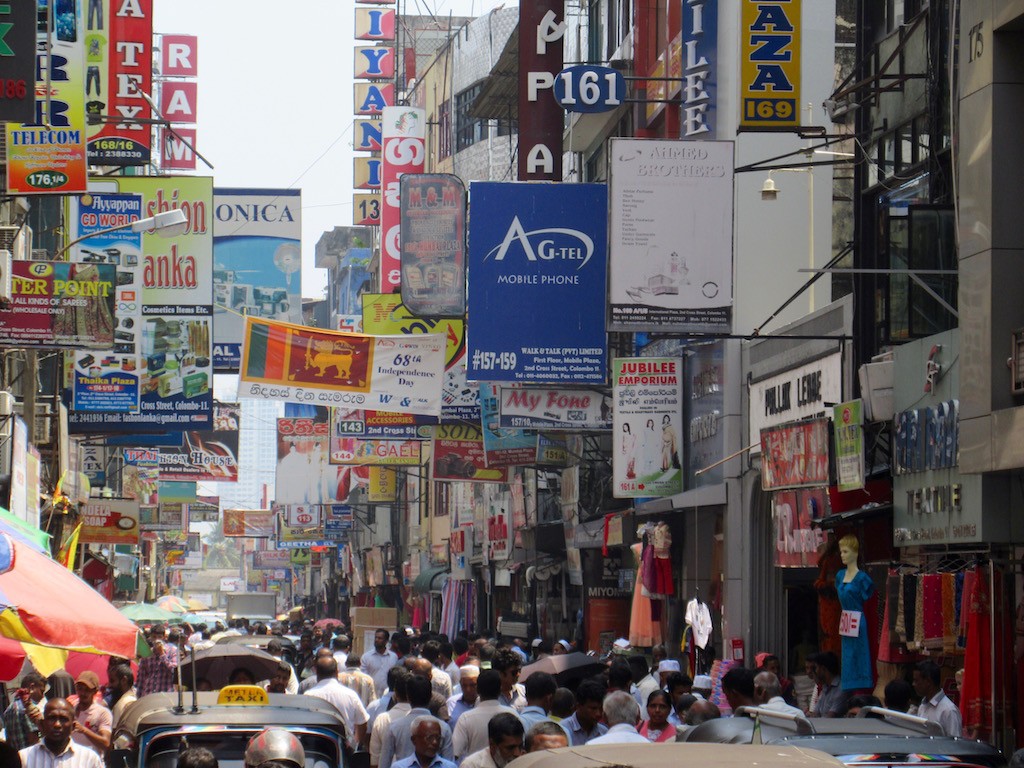 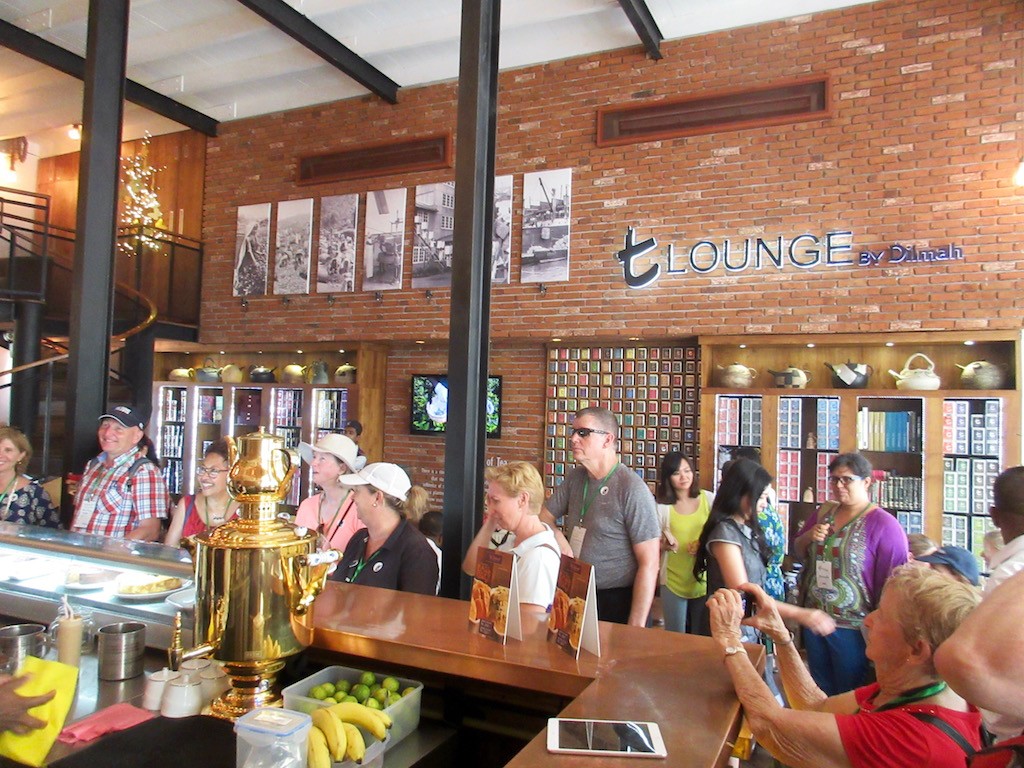 Our tour on this day was titled “Exploring Old Colombo” and was a walking tour through several old neighborhoods not far from the port. The local family owned business, called Colombo City Walks, is run by husband and wife Mark and Ruvi Forbes. We started our walk in one of the oldest neighborhoods in the city called the Pettah District. The Pettah is the hub for all shipments in and out of the local port before being sold wholesale and retail to locals or shipped on land to other regions of the country. The ox carts of days gone by have now been replaced by trucks and hand carts carrying goods like tea, cinnamon, rope, fruits, vegetables, fabrics, clothing, foods of all types and more. It is a beehive of activity and when navigating the streets one needs to be careful not to be run over by a cart piled high with goods.

In the Pettah district we visited a local produce market where people were busy shopping for daily food. Dried fish, unusual fruits and vegetables and spices abounded. The locals were extremely friendly and wanted to interact with the tourists, which was nice to see.

We then stopped at the Grand Oriental Hotel built in 1837 as one of the most elite hotels of the time. At that time you would need to provide your financial records prior to being accepted as a guest in the hotel. Many of the original woodwork, furnishing and architecture remain intact although it is in need of updating and refurbishing. In the fourth floor restaurant and bar we had tea and cookies as we enjoyed the views out over the harbor.

The next area of exploration was the Colombo Fort area built on the remains of a Portuguese fort from the sixteenth century. When this area was built all of the buildings were required to have covered colonnades or walkways so that you could walk undercover to avoid the rain and hot sun of the day. The walls of the fort are now long gone but the architecture of the buildings in this area is stunning. Many buildings are now being renovated and converted to businesses and hotels.

We stopped at the Hong Kong and Shanghai Banking building set up to pay the salaries of the British Soldiers. Then we moved on to the Cargill’s building from 1844 that was the first department store for Sri Lanka dealing in imported goods mostly for expatriates and wealthy locals. This area also includes the presidents’ residence located on a large parcel and beautifully landscaped.

We stopped in a local teashop for an explanation about some of the local teas. This shop was extraordinarily modern in contrast to many of the local buildings and shops. It could have just opened in any American or European city.

We then stopped at the Old Dutch Museum to see the six-story atrium in the recently restored mansion built in the latter part of the 17th century. Initially it was the residence of Count August Carl van Ranzow.

Nearby was the Old Dutch Hospital complex, once a functioning hospital during the 17th century and now beautifully restored as a high-end shopping and restaurant arcade. Many of these old buildings have sat vacant and decaying during years of civil war until just six years ago when the war ended. China has been very instrumental in financing the redevelopment of the country. In exchange for financing, China has been allowed to build a new port for their personal use, free of charge for the next 35 years.

The city is going through an incredible renaissance with lots of foreign investment and within a few years I am certain that it will be a wonderful new city.

The evening’s entertainment was a new show by Davie Howes from a few nights earlier.  Mark attended the show and Kent saw the movie, “Million Dollar Arm.”