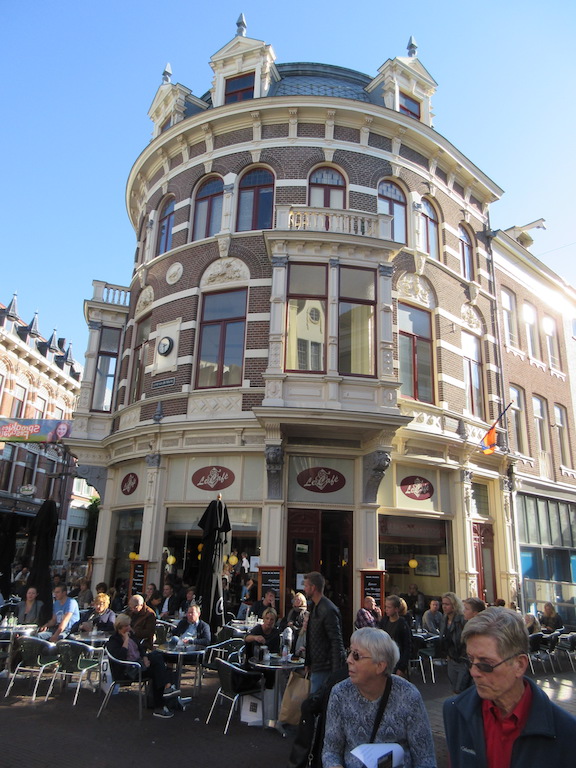 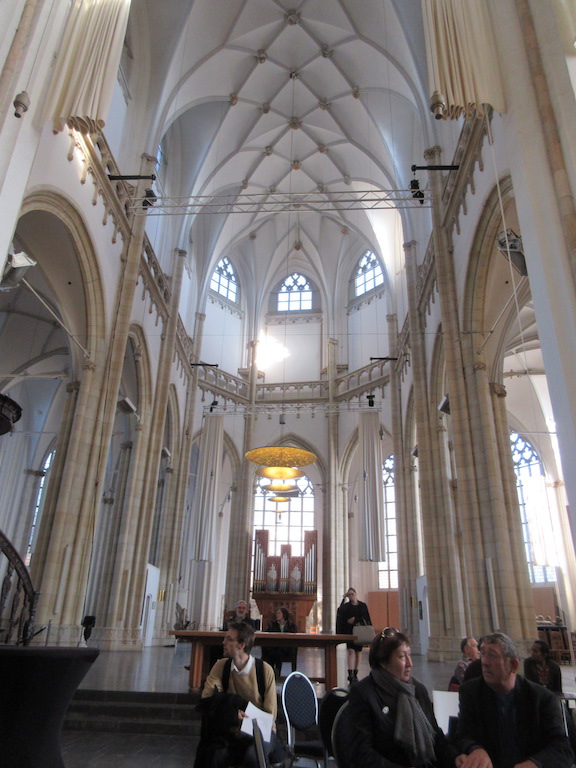 This morning we departed Bruges about 8:30am, bound for the town of Arnhem in The Netherlands. The weather was beautiful, sunny and warmer than it had been over the last couple of days. The drive took about two hours to reach the border with The Netherlands where we were greeted by a local guide from Arnhem. We stopped at a roadside convenience stop near the border for the bus driver’s mandatory rest period before proceeding on to Arnhem. The drive from the border was another 1.5 hours to our ship in Arnhem.

Arnhem, a city of about 150,000, is located in the Eastern part of the Netherlands and is where we board our riverboat called the Ms. River Splendor. The River Splendor, built in 2013, is a 442-foot-long by 38-foot-wide riverboat with a maximum capacity of 176 passengers and 46 crew members. This will be our home for the next two weeks.

Arnhem was a genteel nineteenth-century resort town admired for its wealthy homes and lush parks. Its renown grew during World War II, when an attempt to liberate the city failed after British, and Polish paratroopers were dropped too far from the city’s strategically important bridge to take it. Their heroism was depicted in the 1977 film A Bridge Too Far.

After lunch onboard we took an afternoon walking tour into town. Being a Sunday afternoon, many of the local shops were closed but most of the restaurants were open and the streets were filled with locals out for a bite to eat or an afternoon beer. We stopped at an old beautiful church called Eusebous Church, only used for church services once a month and now mostly used as a public exhibition space and performance hall. No altar, pews or ornamentation remain in the church. They were having an organ concert played on an ornate organ installed in the 15th-century church after World War II. The church features a 300-foot-tall bell tower with the largest carillon bell in The Netherlands.

The streets were filled with gorgeous architecturally stunning buildings built over the last several hundred years. The old post office now being converted to a brewery is stunning. Many of the shops were unique to us and featured beautiful clothing, instruments, cafes and shops. Many of the streets are pedestrian only, which allows you to wander freely without the fear of being hit by a car, but you still need to watch for bicycles that are everywhere in the city.