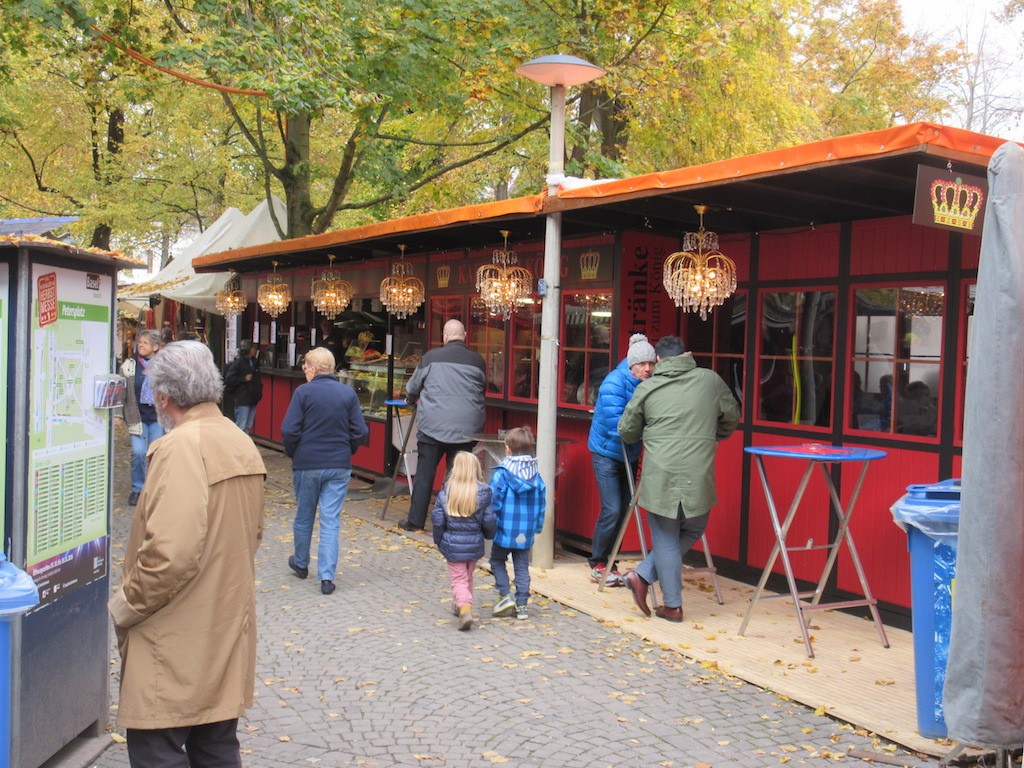 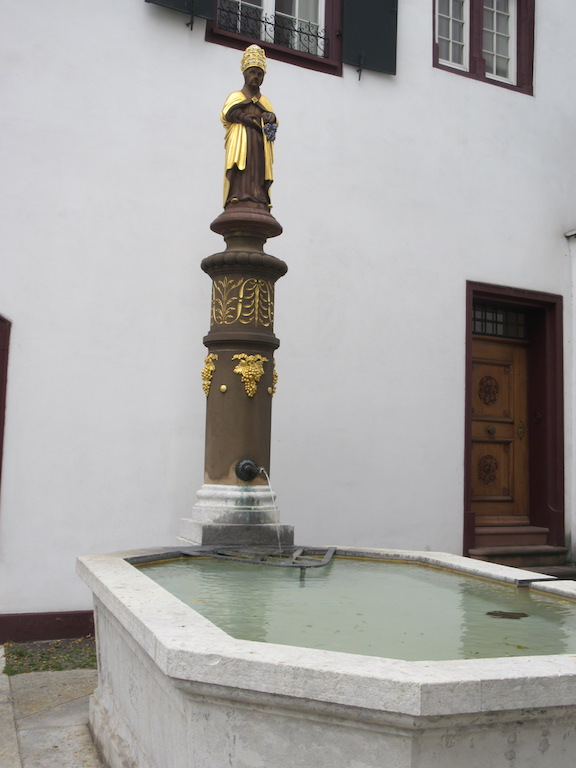 Basel is located on the Rhine River along the northwestern border of Switzerland at the intersection of France and Germany. Basel has about 175,000 inhabitants and about 850,000 people in the area including portions of France and Germany. The official language is German although most people speak a local dialect.

Basel is one of the most dynamic economic regions in Switzerland and has an unemployment rate of less than 5%. Pharmaceutical companies, many banks and Swiss Air call Basel their home.

We took a bus for about a thirty-minute drive to reach the center of Basel from the the ship. From here we took a walking tour of the city where it was the opening day of the autumn festival at noon. The festival was set up in many city squares and parks. It was a bit like a county fair with lots of carnival games, ferris wheels, merry-go-rounds, food booths, demonstrations of mops and vegetable slicing machines, and gift items of all types. We wandered some of the squares and sampled a popular pastry filled with an egg custard mixed with cheese and some candy coated nuts.

One of the local parks we stopped at had something like a Halloween festival going on. There was a skeleton hanging with an exercise bicycle attached to it. When you peddled the stationary bicycle the arms and legs of the skeleton would move. One booth featured a variety of ugly looking hand made stuffed trolls. Another booth was selling all types of jewelry made of bones, while another featured a live grim reaper dressed in black polishing his sickle.

For lunch we stopped at a local burger joint where it was confirmed that the prices in Switzerland really are over the top. We ordered one bacon cheeseburger, one order of French fries and two sodas. The price for this was $29.50.

About 2:30pm we headed back to the ship on a shuttle provided to begin our packing to disembark the ship the next day for our trip to Lucerne, Switzerland.  There was no entertainment and we went to bed early….very exciting.