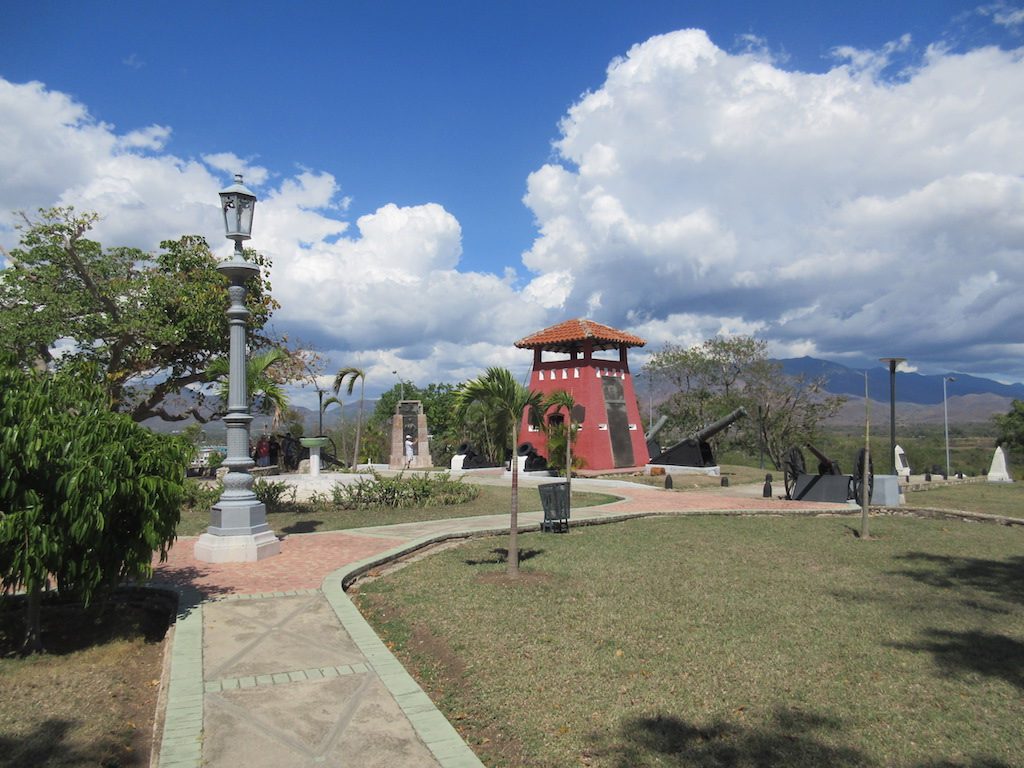 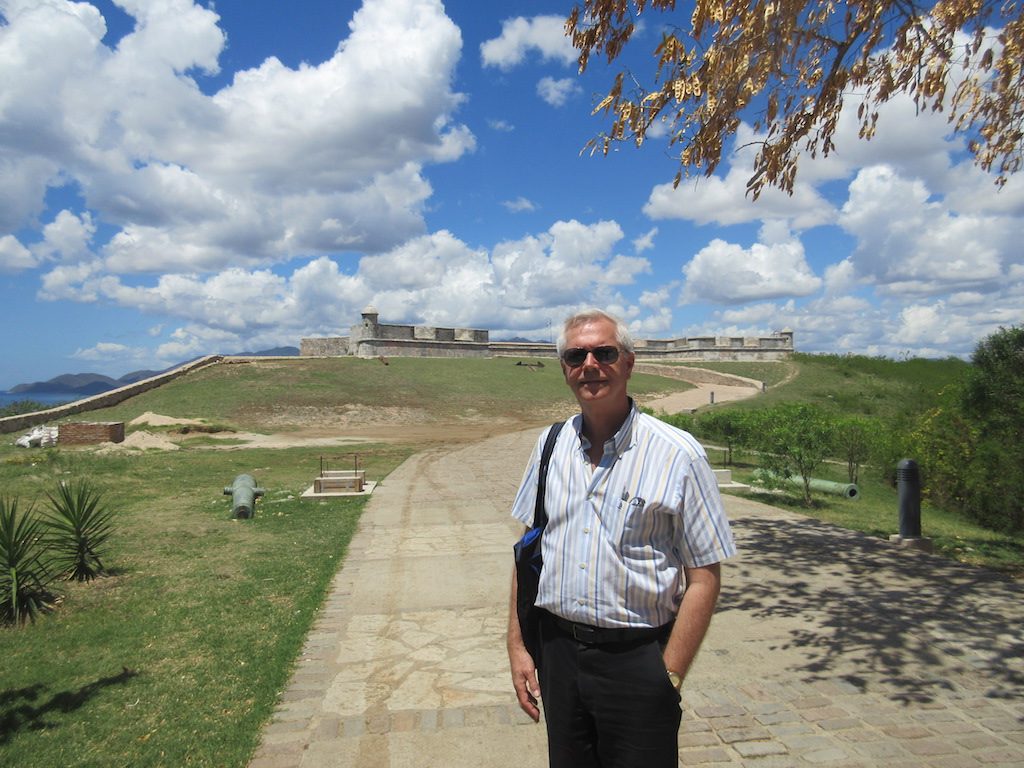 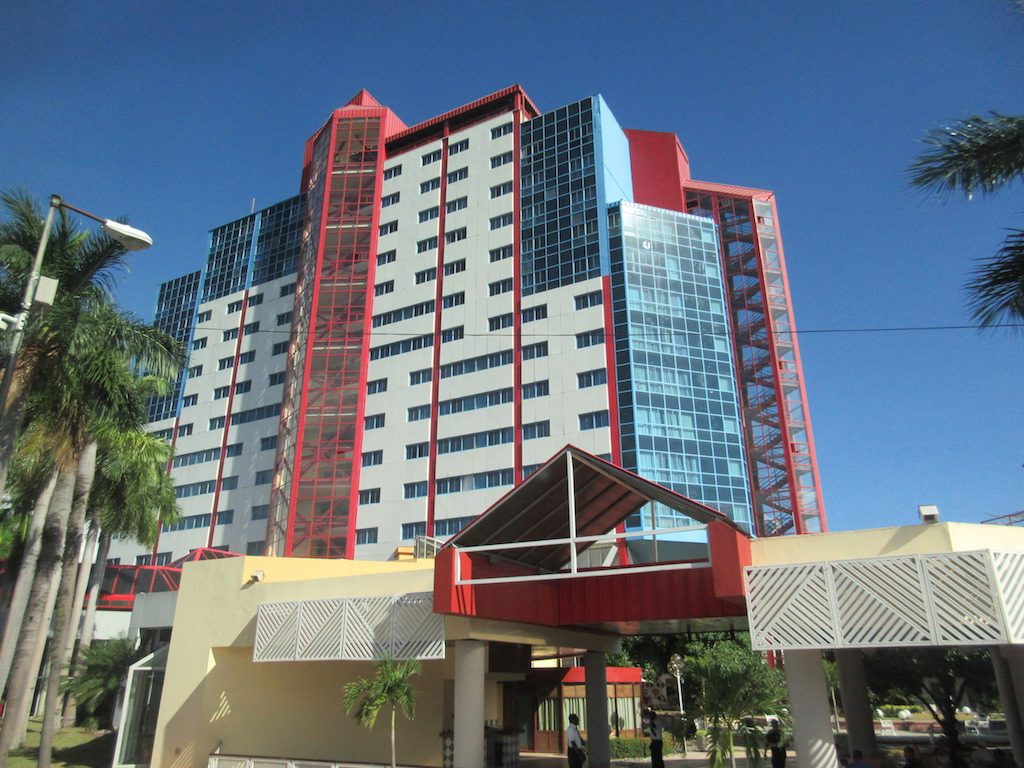 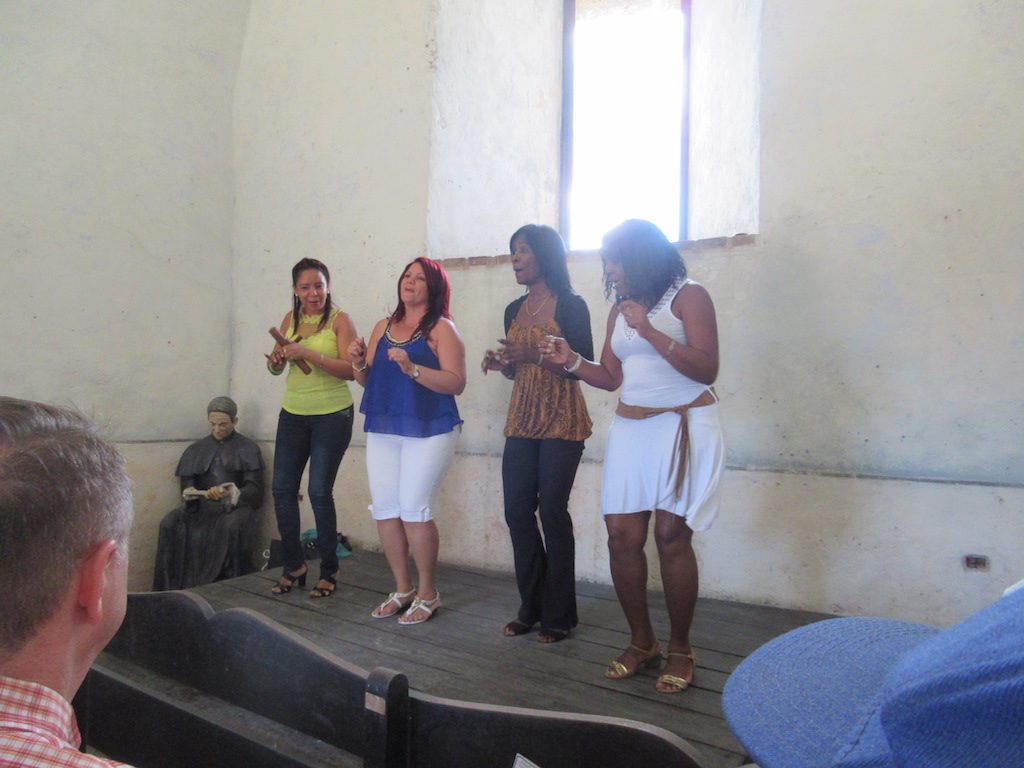 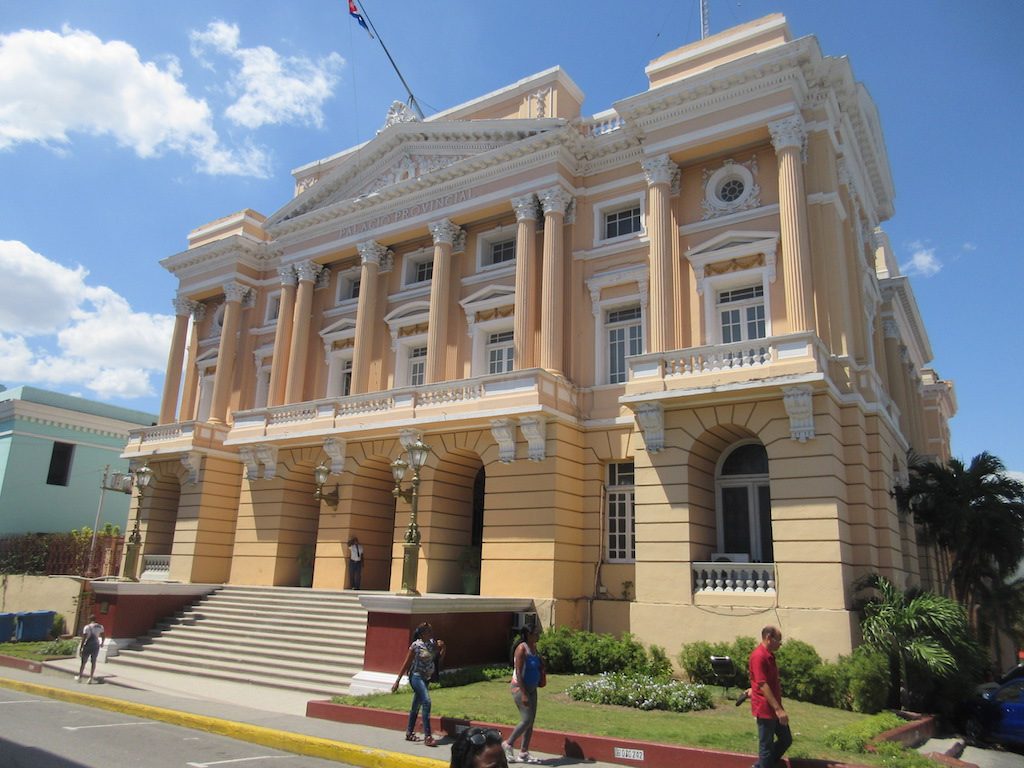 We left Guardalavaca at 8:30am bound for the town of Santiago De Cuba located on the south-eastern shore of Cuba. Santiago de Cuba is the second largest city in Cuba with more than 600,000 people in the city, and more than one million in the metropolitan area. The four-hour drive took us through many small communities where people wait on the edge of the streets for public or private forms of transportation to get them where they need to go. Not many cars on the streets as they are too expensive but you find more motor bikes, horse drawn carriages and bicycles. Farming of all types is found along the way, particularly large fields of sugar cane.

Along the way we stopped at a private family farm where we could use the bathrooms, enjoy coffee, fruits and snacks. The family owns two family farms where they grow citrus, avocados, yucca roots, mango, papaya, bananas, raise goats, have a pig, chickens, ducks, etc. Each of the farms is about 35 acres in size and three generations of the family live on the property.

We also passed the small village of Biran, known as the birthplace of Ramon Castro in 1924, Fidel Castro in 1926 and Raul Castro in 1931. Their father owned a 23,000-acre sugarcane plantation here. Due to the fact that many people passed along this road to get to Santiago de Cuba, the Castro’s built a hotel, pub, post office, shop and an arena for cock fighting. The original home was destroyed by fire in 1954 but there was a replica constructed in 1974. For some reason we did not make a stop at this location.

We arrived in Santiago de Cuba at the Castillo de San Pedro de la Roca about 12:15pm. Built in 1637 the local citadel of San Pedro de la Roca is a UNESCO World Heritage site for being the best preserved example of Spanish-American military architecture. Here we took in the beautiful views over the valley of Santiago and had a short visit to explore the castle. In a small chapel of the castle we were entertained by a women’s quartet which performed a selection of five songs from Cuba and the U.S. They were delightful and appeared to really be enjoying themselves as they performed.

After exploring the castle, we had a pleasant lunch at the El Morro Restaurant next door on a vast terrace overlooking the ocean. Lunch included a beef and vegetable soup with bread, fried fish, fried chicken, mashed potatoes, white rice, a salad of tomatoes and cucumbers, and ice cream for dessert.

In the afternoon we drove a short distance to San Juan Hill where in 1898 about 2,000 Americans along with the Cuban’s fought a six-hour battle against the Spanish. More than 1,100 of our soldiers were killed in the battle. Today the site is like a park with monuments to the men who fought in the battle.

From here we drove a short distance to the Santa Ifigenia Cemetary where Fidel Castro is buried next to the grave of Jose Marti who was an early leader of the country and led the revolution against Spain for independence. We watched the changing of the guard at Marti’s grave where his ashes are entombed in a huge monument. Fidel’s gravesite is a simple rock maybe ten feet tall and twenty feet wide with just the name Fidel on the face of the stone. No date of birth or death, just a simple stone. They charge six dollars to take photos at the cemetery, so I chose not to take any photos.

The cemetery is a beautifully maintained cemetery with marble walkways and the graves of many national heroes and important families. Many of the Bacardi family members from Barcardi Rum fame are buried here.

Our hotel for the next two nights is the Melia Santiago de Cuba Hotel in the heart of Santiago de Cuba. The hotel is a fifteen story high-rise with a colorful red and blue exterior. Our room was simple with tiled floors, dark cherry colored furniture and a dated bathroom including a bidet. Simple but nothing extraordinary.

We had drinks with new friends in the hotel’s bar on the 15th floor with panoramic views over the entire city. Dinner was included at the hotel’s buffet where you could have everything from pizza and pasta to salads, cheeses, chicken, beef, pork and liver all cooked to order. The food was nothing special but more than plenty to eat.