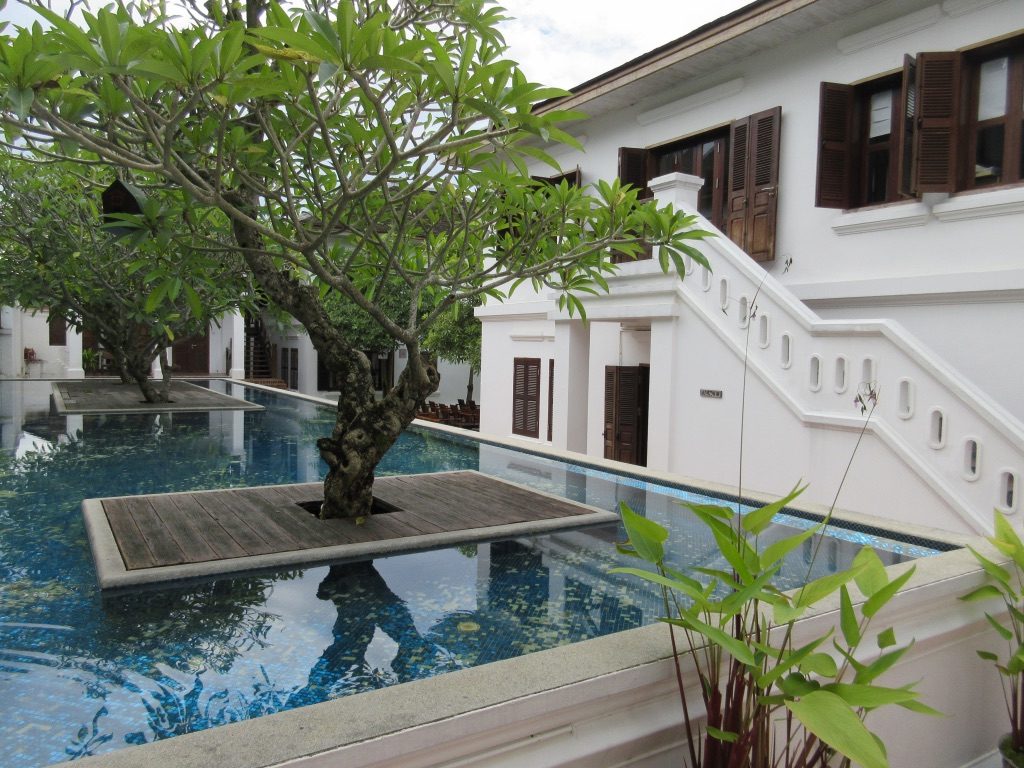 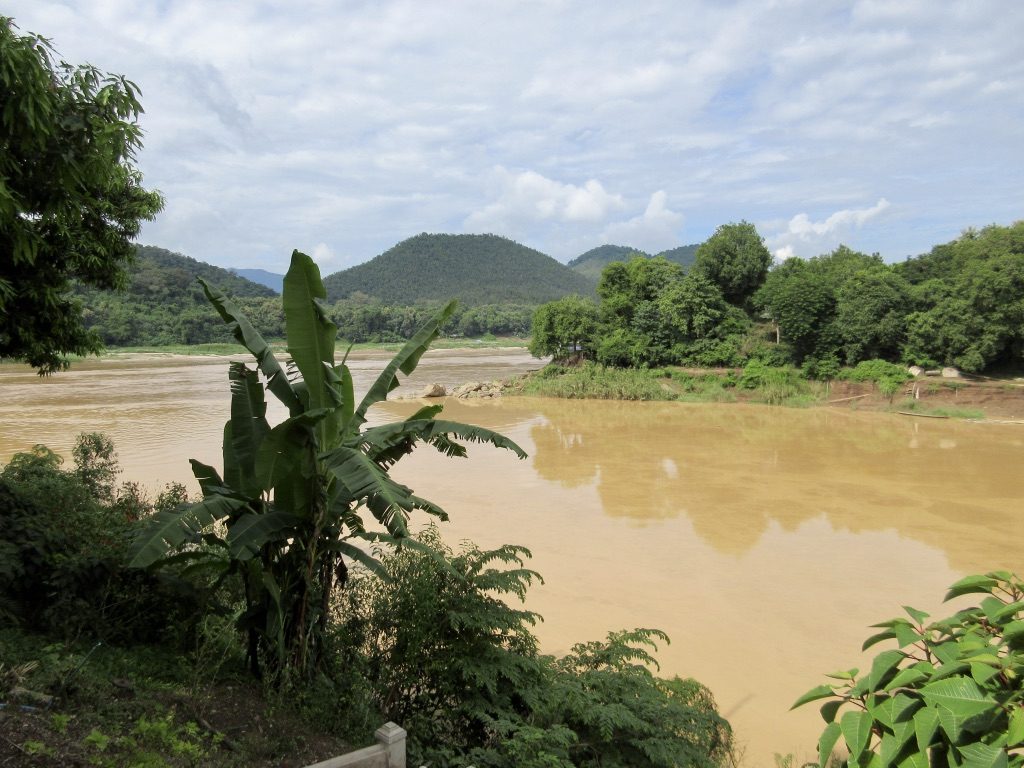 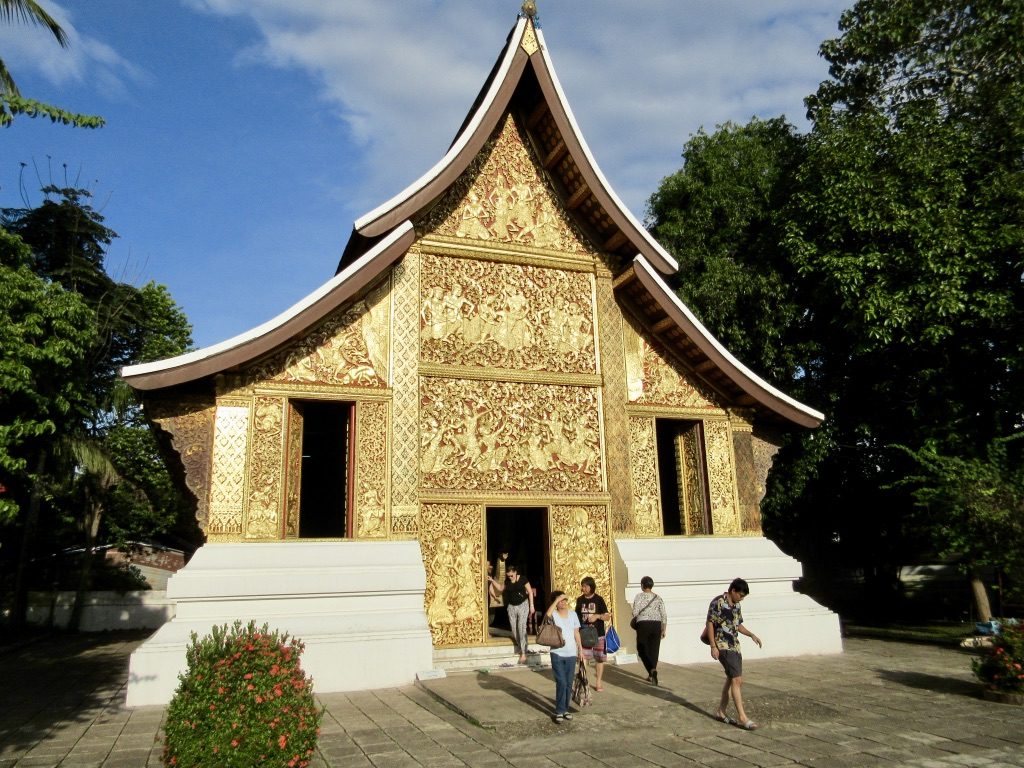 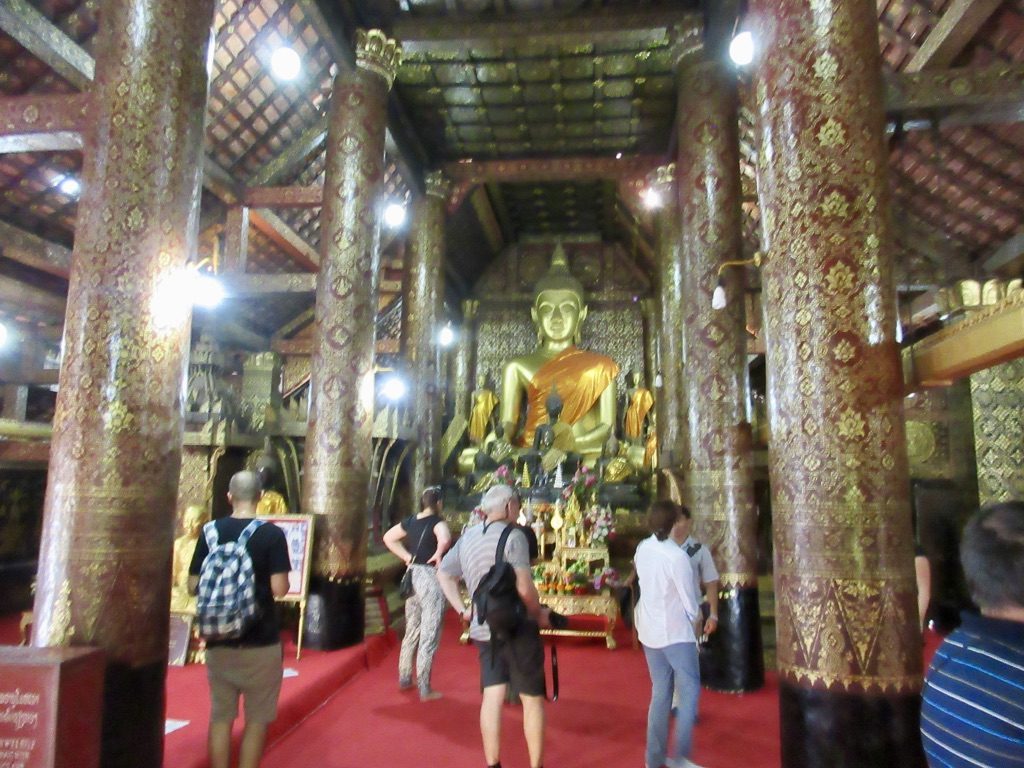 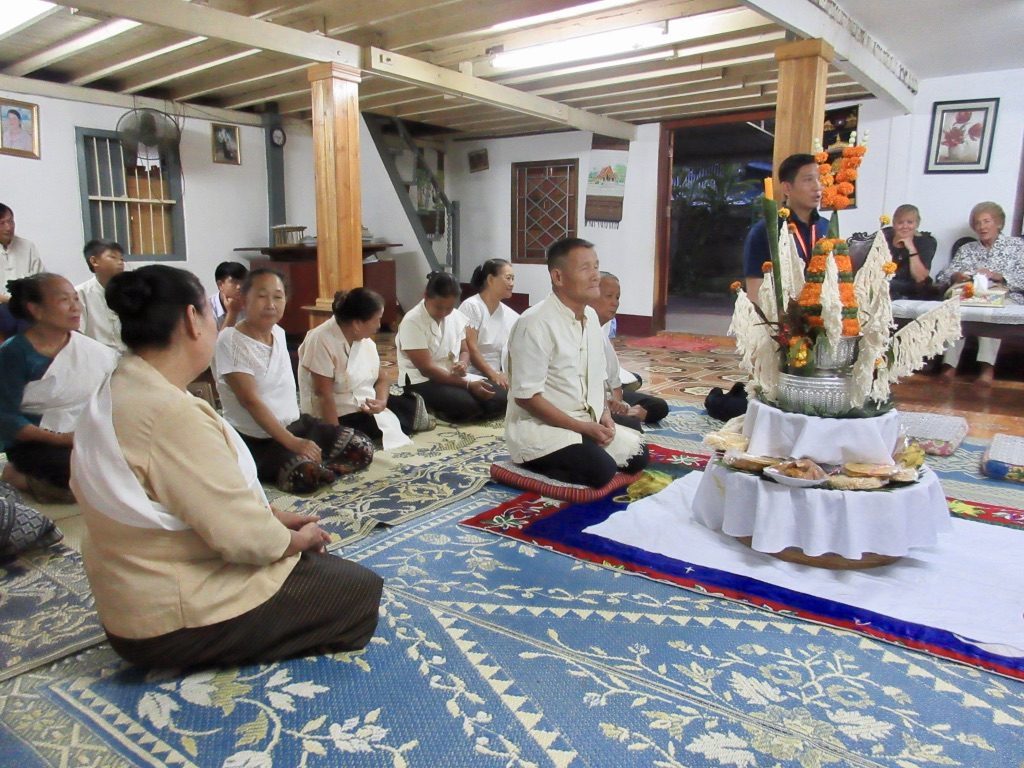 We departed Vientiane about 9:00am bound for the airport and our short flight to the former capital of Laos called Luang Prabang. Luang Prabang was the royal capital of the kingdom until as recently as 1975. During World War II the town saw many battles and was occupied for short times by several foreign countries including France, Thailand, Japan and China. By March of 1945 a nationalist group declared Laos once more independent. During the Loatian Civil War of the 1950’s 60’s and 70’s, a secret American airbase was located at Luang Prabang and it was the scene of fighting.

Our hotel for the next two nights was the Victoria Xiengthong Palace Hotel with only 26 rooms and located within the historic portion of town. This complex of restored Colonial style buildings was the residence of the last royal family of Laos. The rooms were beautifully furnished with large bathrooms, air conditioning, internet access and overlooking the Mekong River.

After checking into our hotel about 1:00pm we met for up with our local city guide by the name of Sone for an orientation of the area around our hotel. Many of us had lunch on our own at a lovely hotel and restaurant located at the point overlooking the confluence of the Nam Khan and Mekong Rivers. It was a quiet, tranquil location overlooking the lush green vegetation on the nearby mountains and the river banks covered in bamboo, bougainvillea, haleconia, plumeria, red ginger and a variety of tropical blooming plants.

Later in the afternoon we walked to a local Buddhist Temple complex called Wat Xieng Thong where we explored several of the temples, shrines, pavilions and gardens. Originally built about 1560 by Lao King Setthathirath, this temple was under the patronage of the royal family. There is a beautiful Funeral Chapel, a ceremonial barge with gold dragons on wheels for processions and a large gold Buddha in the main temple. Outside there is a pavilion housing several extremely long rowing boats used for racing on the Mekong. Each vessel carries about 60 rowers in single file, so you can imagine the length of the boats.

In the early evening, we took several vans to visit a nearby family home where they were to show us their local dances and to offer us a local blessing called the Baci Blessing. The Baci Blessing is used in the Lao culture to celebrate a special event like a wedding, homecoming, new baby, annual festival or in this case to welcome us to town as guests.

An older gentleman considered the village elder who was an ex-monk led the ceremony, chanting a Buddhist mantra. The chanting by the elder was followed by the chanting of the mostly elder women neighbors. Each of the neighbors then took the cotton string from the bowl and tied a string around each of our wrists and offered a welcome blessing. Once each of us had several white cotton strings on each wrist, we were offered a variety of foods like small bananas, rice cakes, sweet sticky rice followed by a local rice whiskey, a potent liquor similar to moonshine. Next a group of local young girls dressing in ornate local dress performed several dances and several boys and a man accompanied them on local instruments.

We enjoyed a beautifully presented dinner at our hotel in a private dining room of the restaurant. They offered a variety of fixed dishes like a pumpkin soup, spring roll appetizers and dessert. We selected our entrée of fish, chicken or a vegetarian dish. It was all very good.

After dinner, we went into town a few blocks from our hotel to check out the local night market where there were hundreds of stalls selling local handicrafts and clothing. Lots of interesting things to look at but we left empty handed.