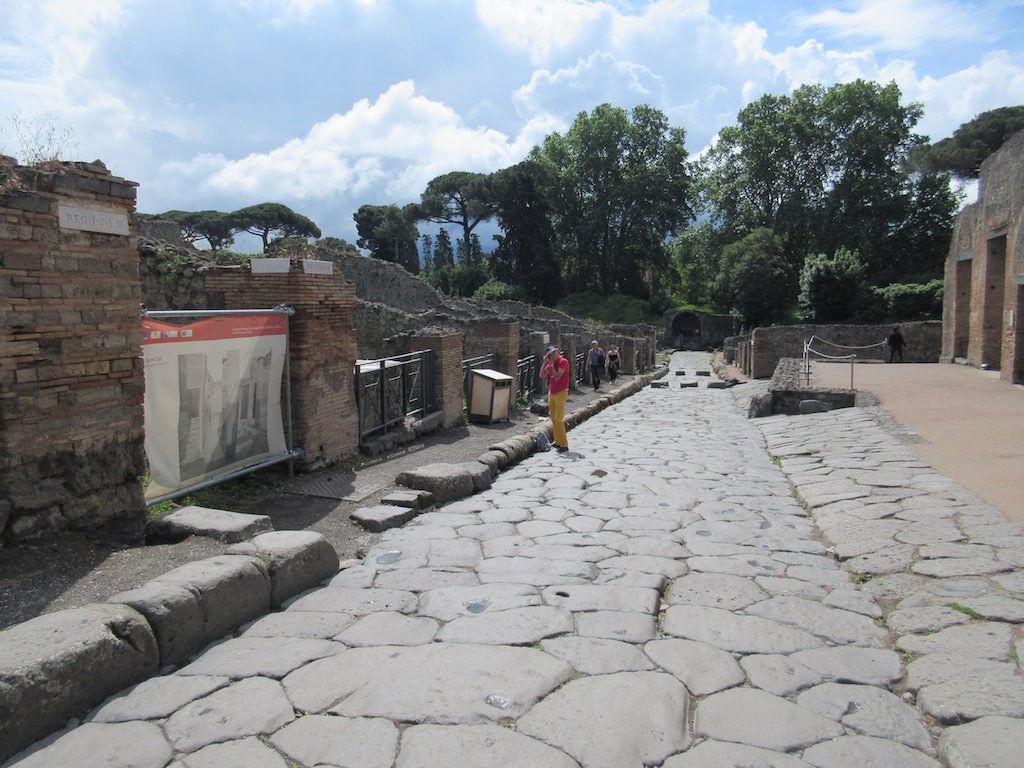 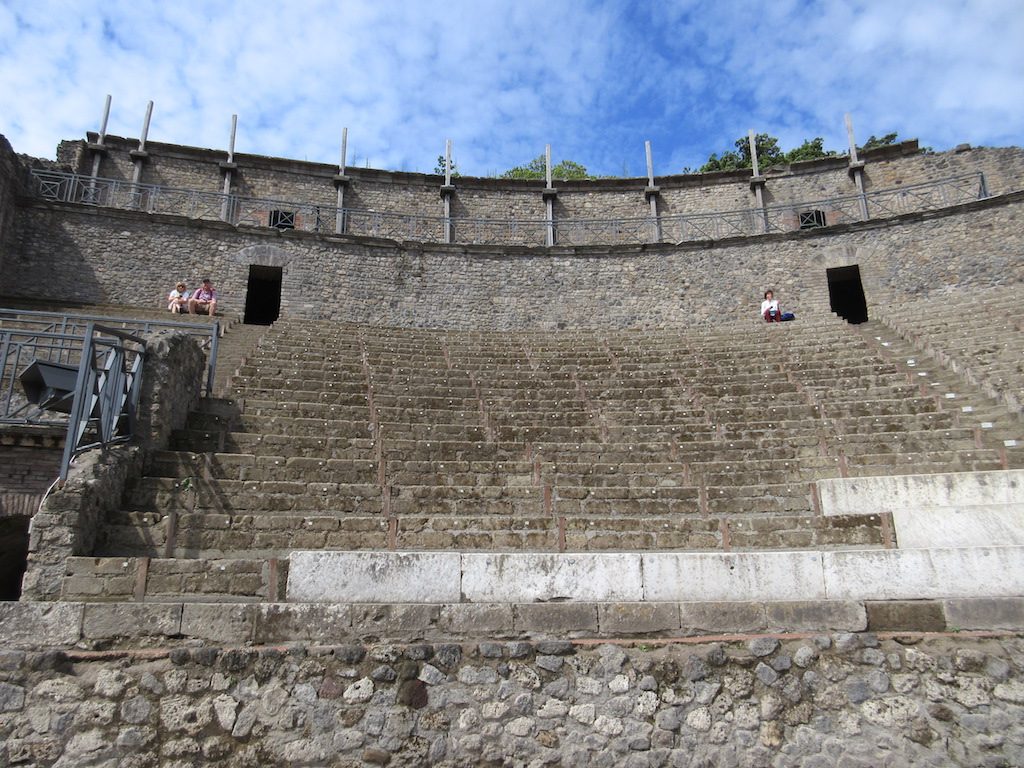 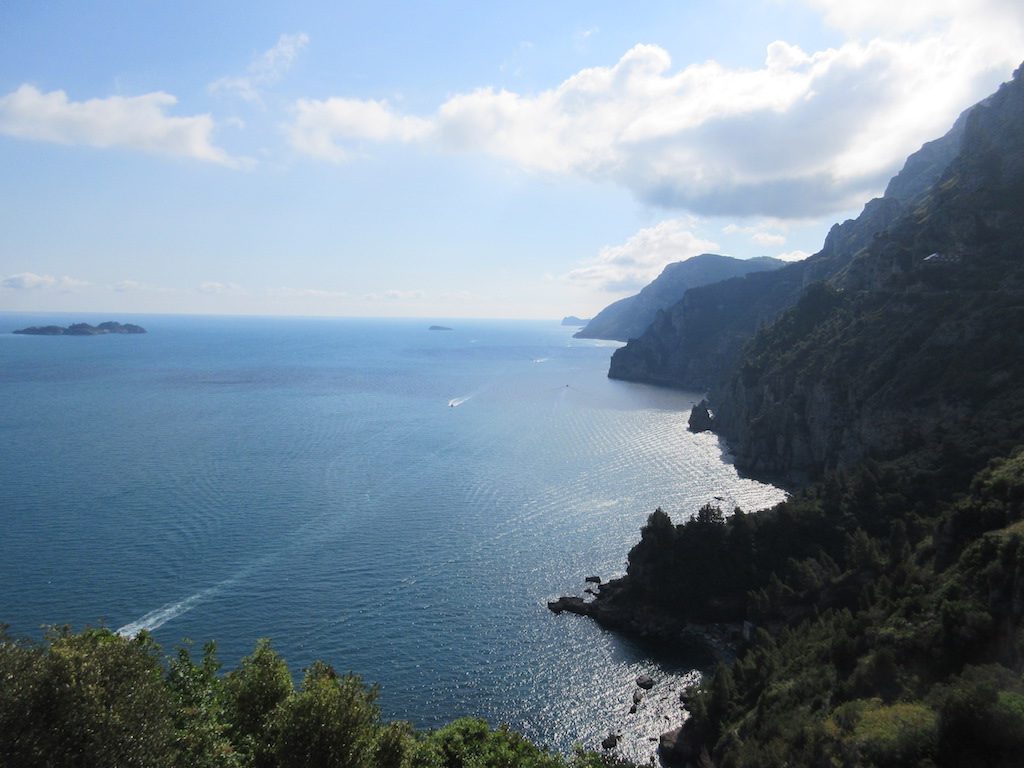 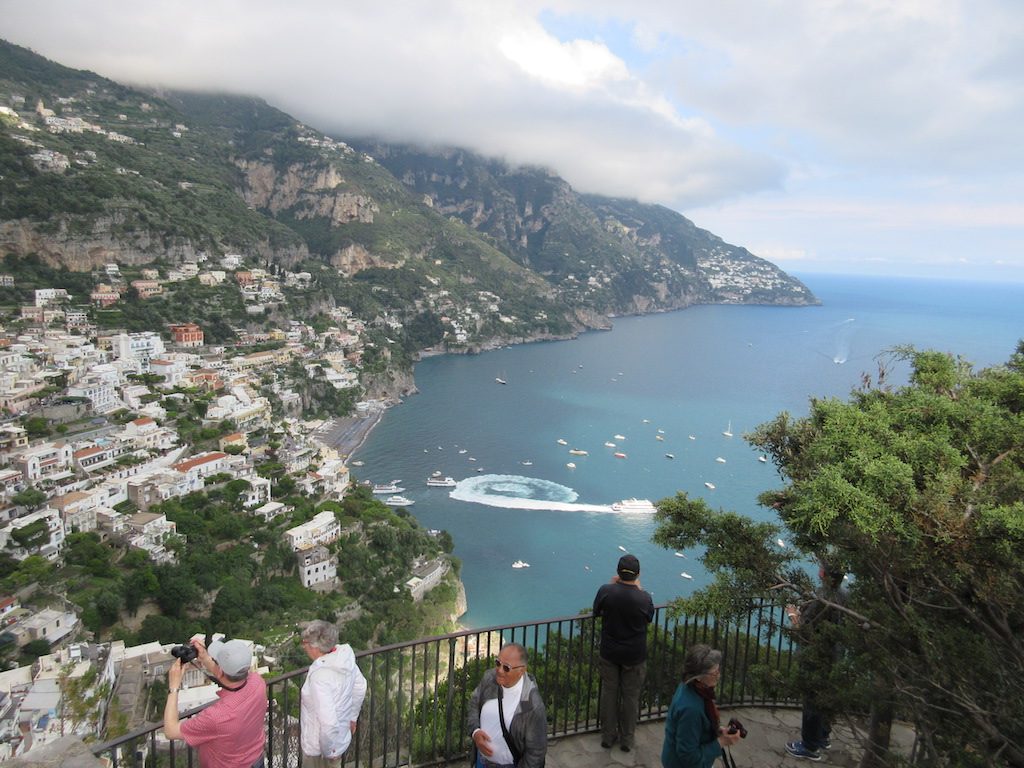 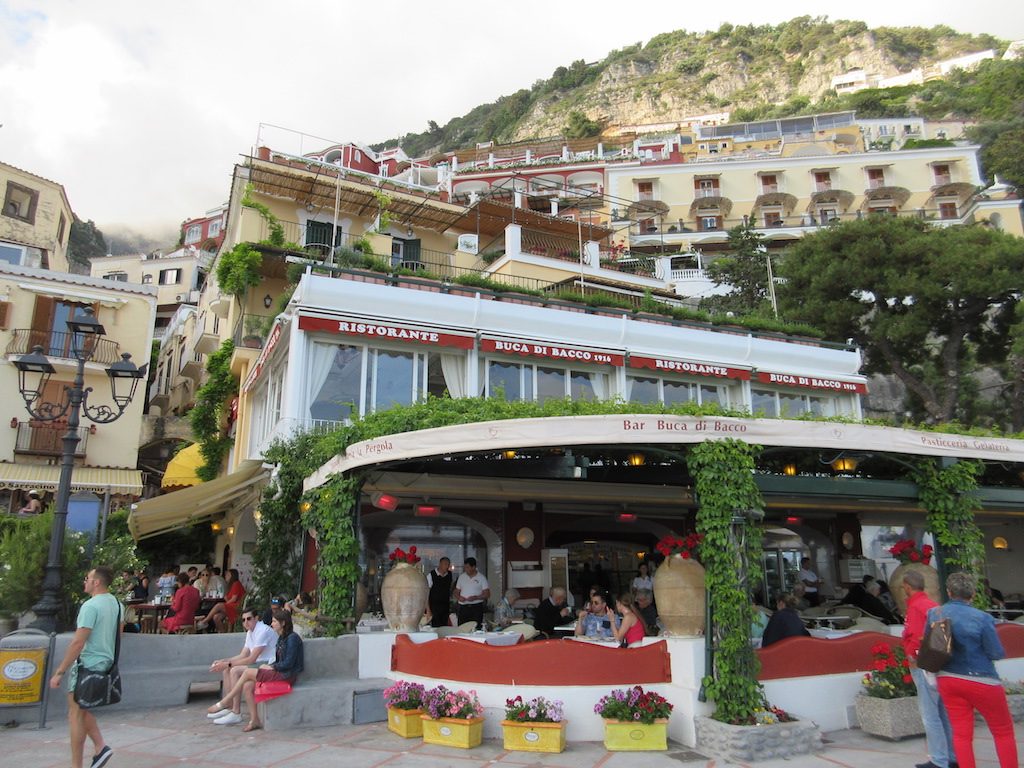 On this day, we visited the ancient Roman town of Pompeii which was mostly destroyed by the eruption of Mount Vesuvius in the year 79. It is believed that the town was founded around the 7th century BC and at the time of the destruction had about 11,000 inhabitants. The volcanic eruption occurred so quickly that some residents were unable to evacuate and the town was perfectly preserved under ash and lava. It is estimated that about 2,000 perished.

At the time of the destruction the town had already developed a complex water system, an amphitheater, a gymnasium and a port. The town had been lost for about 1,500 years until it was initially rediscovered in 1599 and more broadly rediscovered in 1748 by a Spanish engineer named Rocque Joaquin de Alcubierre. Archaeologists were allowed an extraordinary insight into the life of a city during that time. Today many of the uncovered artifacts have been moved to a national museum in Naples but visitors are able to walk the streets of this ancient town and see many of the structures that existed at that time. We walked past wealthy homes, the public baths, the town square, the main marketplace, the amphitheater, the red-light district and some of the commercial streets of the day.

The site is a UNESCO World Heritage Site today and is one of Italy’s most popular attractions with 2.5 million tourists annually.

After our visit to Pompeii we had a couple of hours to rest before heading south along the Amalfi Coast to the town of Positano. The twisting curving streets along the coast drop dramatically to the sea below. The views are beautiful with colorful homes dotted along the coast and lush landscapes cover the hillsides.

The town of Positano has a population of about 10,000 residents and meanders up and down steep hillsides above the coast. The narrow streets are filled with one shop after the next selling all types of clothing, jewelry, ceramics, art, pastries, food and more. Footpaths meander the hillsides between the streets and the beach and are filled with shops as well. Some of the shops and restaurants are very expensive but there are reasonably priced places to eat and shop as well. We had a couple of hours to wander the hillside shops and restaurants and it was an enjoyable time.

We saw a couple in Positano who had stood behind us in the customs line at the Rome airport. They were in Italy for a wedding. We didn’t learn their names, but we recognized each other. Small world!