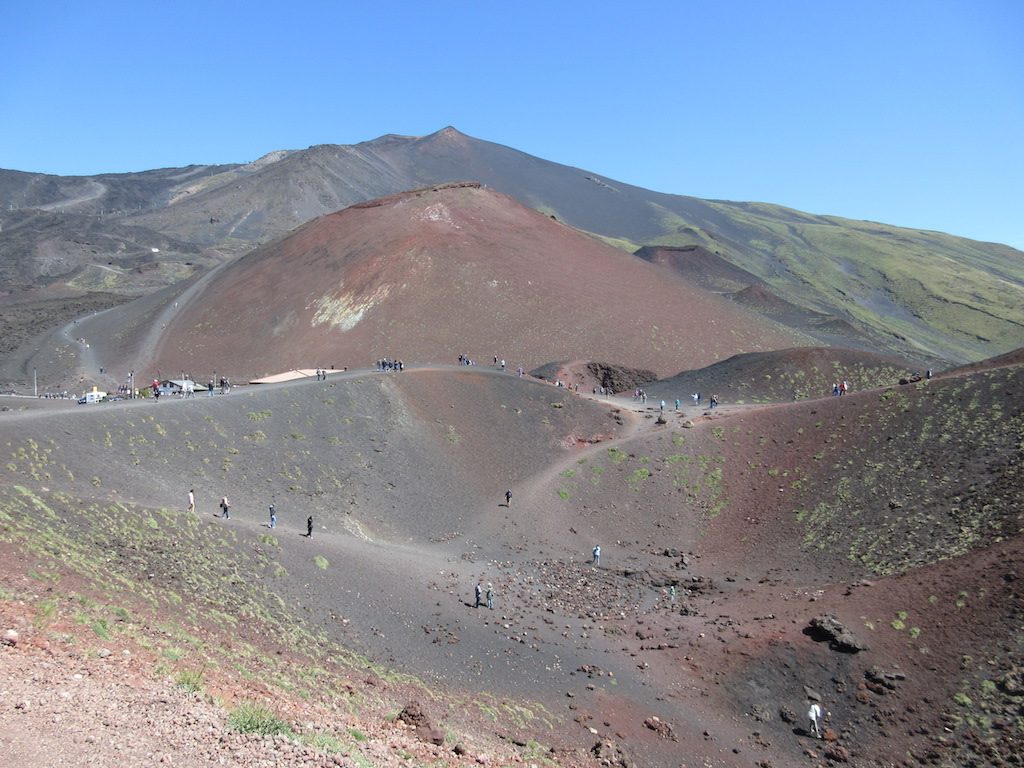 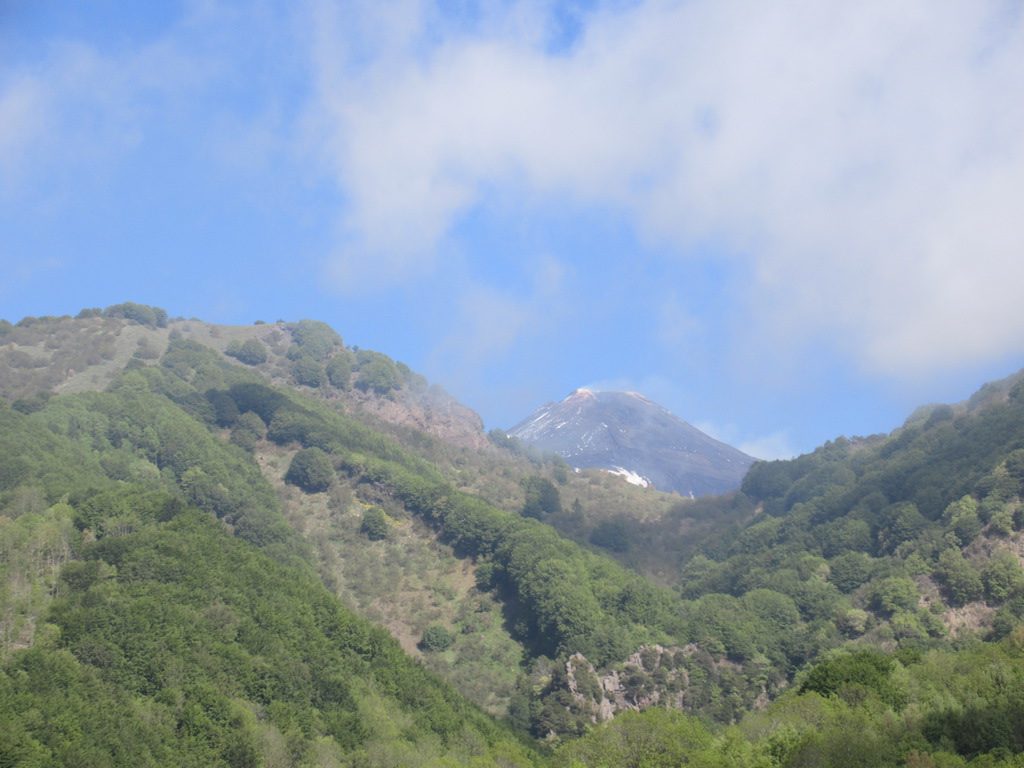 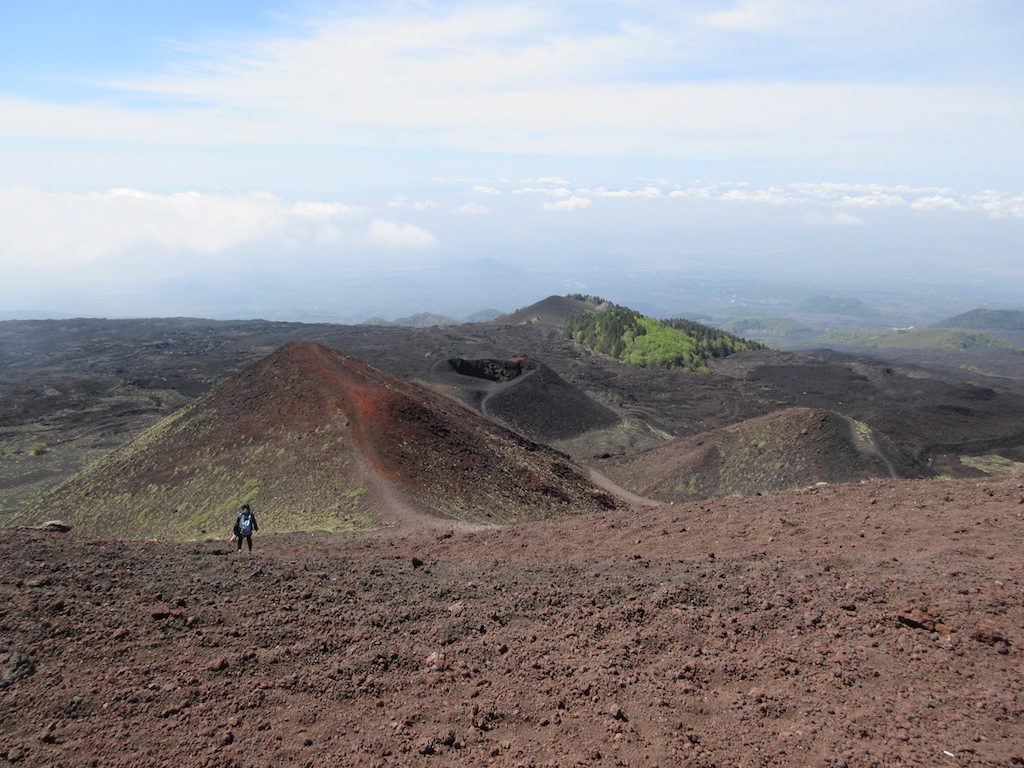 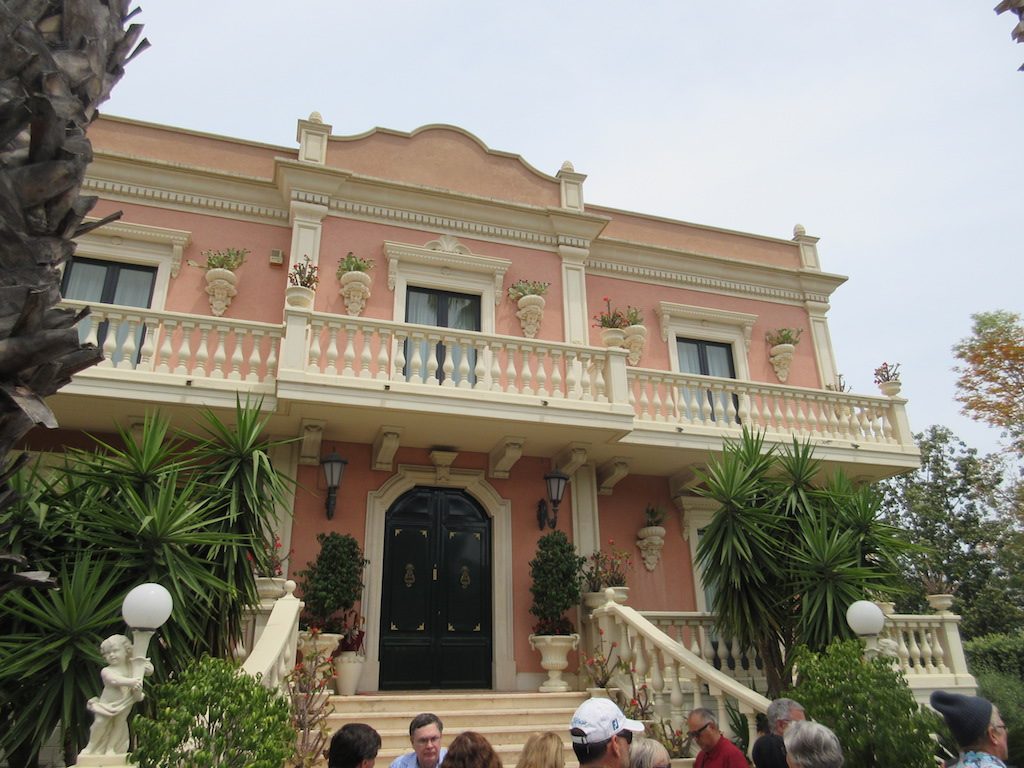 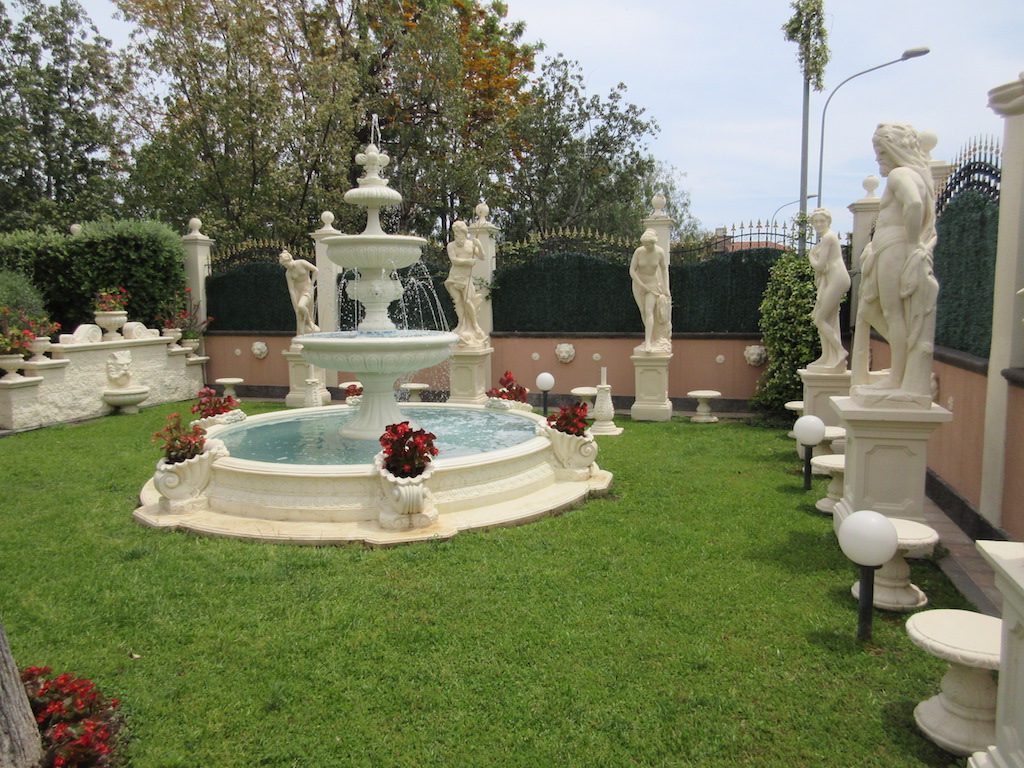 We took a scenic drive through orchards, vineyards and forests up to Europe’s highest active volcano at 6,500 feet. The drive up from the coast took us about an hour on a twisting winding narrow road. At the bottom of the mountain you see many homes and gardens that look like they have been there for many years. But as you climb the mountain the homes turn to open spaces and you begin to see more and more volcanic rock and lava flows from past eruptions. The further we climbed the less the vegetation until we reached our stopping point around 6,500 feet in elevation where there was only a small amount of green grass growing in the volcanic rock and no trees, shrubs, flowers or plants.

Our stopping point on the mountain is the highest level that paved roads exist and so there are dozens of busses with many tourists everywhere. From this point it is possible to take an area bucket cable car ride another 1,500 feet higher or to hike up several steep hills of volcanic rock and sand. We instead stayed at the plateau where there are several old craters and several small cafes for the tourists.

Our local guide took us around the observation point to show us the different colors of the volcanic rock ranging from yellows to reds to browns and almost black. In years gone by locals used to use ground up lava sand in colors like golden yellow and reds in paint to color their homes.

Mt. Etna is the fifth most active volcano in the world and was steaming today when we were watching it. There have been several major lava flows and eruptions over the last hundred years. The locals call the volcano “the mountain” and do not live in fear of it but have accepted the fact that one day it might erupt again. The area is also susceptible to earthquakes which tend to go hand in hand with volcano eruptions.

After visiting the volcano, we headed down towards the ocean again where we stopped at a large Italian villa owned by the family of a large jeweler. This jeweler has been selling jewelry for over a hundred years and they have a studio workshop and jewelry shop in this 100-year-old Italian Villa. They took us on a short tour of the studio and shop before treating us to a buffet lunch of pasta, sausage, small finger foods, pastries, wine, juices and more. The villa has a very nice terrace on the rear where we sat at tables outdoors to enjoy our lunch. Of course, some of the ladies in our group could not resist temptation and made some jewelry purchases before leaving.

After returning to our hotel about 2:30 we had the afternoon free until an included dinner in our hotel at 7:30pm. We tended to emails, did a little work on the computer and had a nap before our long trip on the bus to Agrigento and Palermo tomorrow.

Dinner was at a very nice restaurant in the hotel on this evening. We sat with Gilbert and Paula from Oklahoma and Richard and Sue from Australia. They served a green salad, a choice of chickpea soup or cannelloni for the starter, turkey breast or swordfish for the main dish and a moist pistachio cake for dessert. Unlimited wine and bottled water was also included. It was a very nice meal.