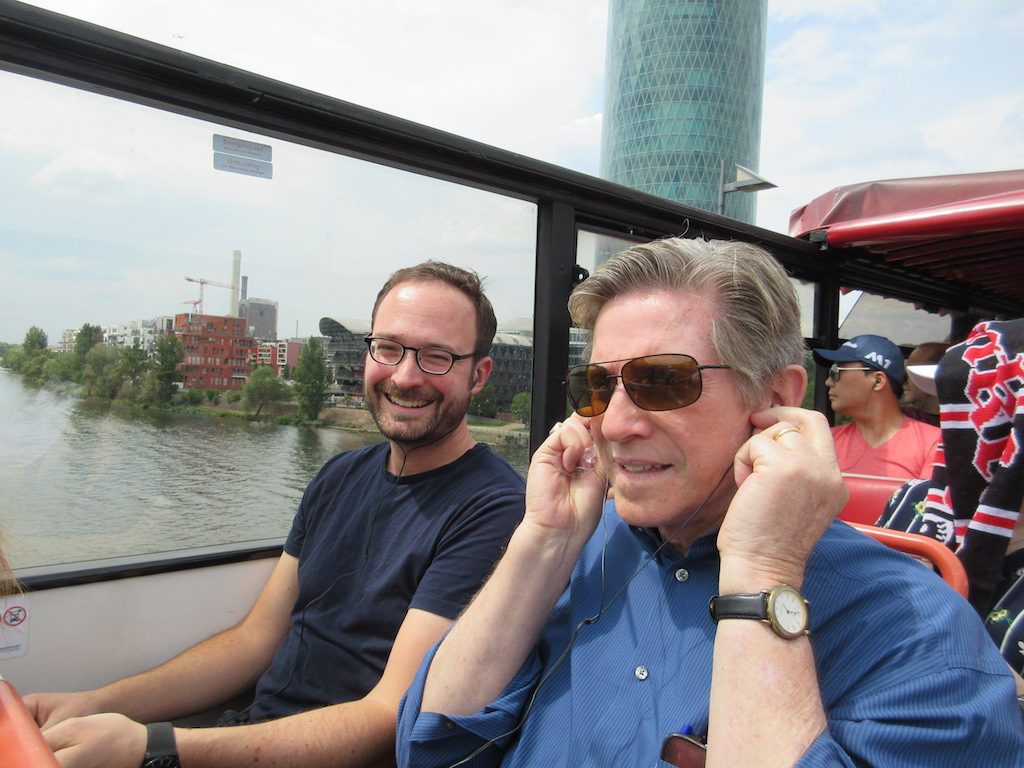 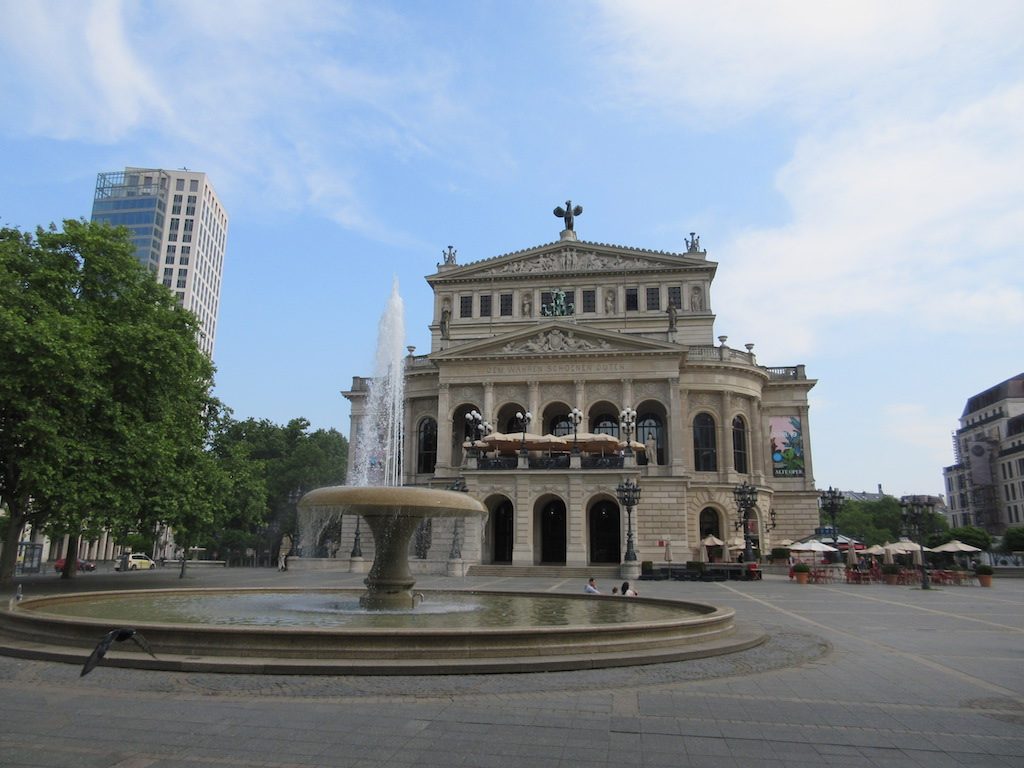 This morning we had a very nice breakfast included with our room at the hotel. They had scrambled eggs, bacon, sausage, bread, juices, fruit, pastries, cold cuts, cheeses and more. The staff was very good to clean the tables, replenish the trays and bring more coffee to the guests.

We then took a long walk around the central part of downtown where they have a very nice a ring around downtown. The park is filled with paved pathways for walking and biking, children’s play areas, lakes with fountains, ducks, geese, statuary and more. The walk took us a couple of hours with a few stops to rest.

Back at the hotel we met up with Jochen one of the students we had from the Tutor Mentor program at SDSU in San Diego back in 2005 and 2006. He is living between Munster where he went to school and Xanten, Germany, where his parents live. He works with his family marketing a cosmetics line online that they package and ship around the world but mostly in Germany.

Since Kent had done enough walking for one day we decided to take the Hop-On, Hop-Off Bus tour along with an hour-long river cruise on the Main River. After the tours we stopped at a local restaurant for a drink and snack before heading to the hotel for a short rest. At 7:30pm we headed out to a local Indian restaurant for dinner.