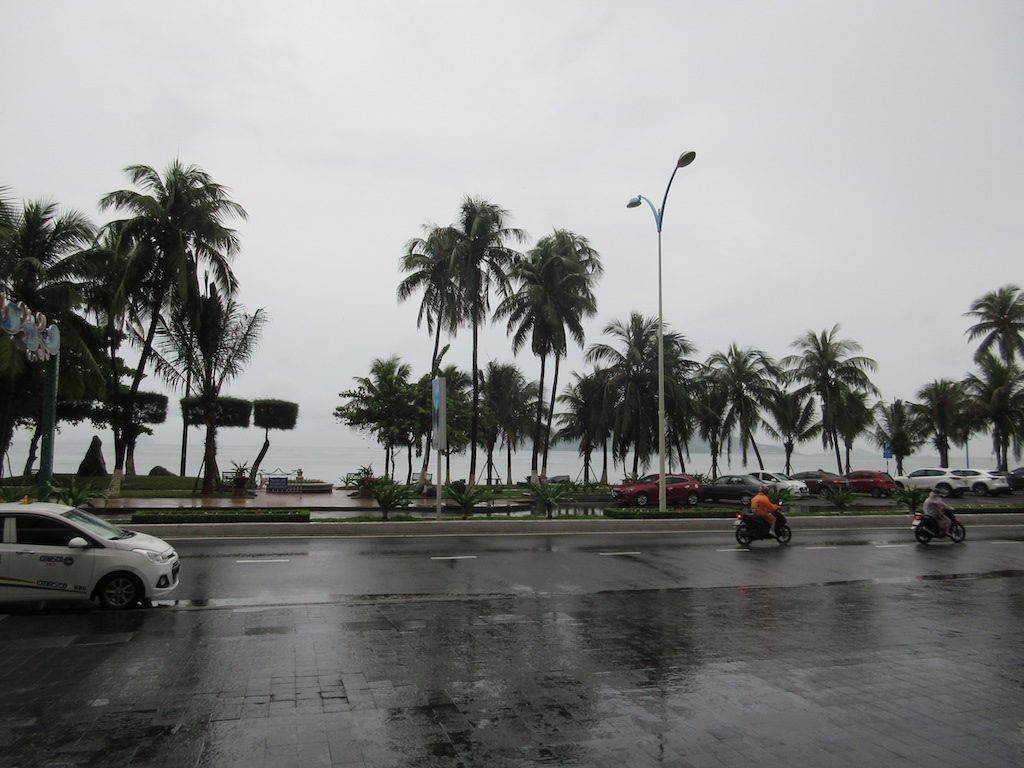 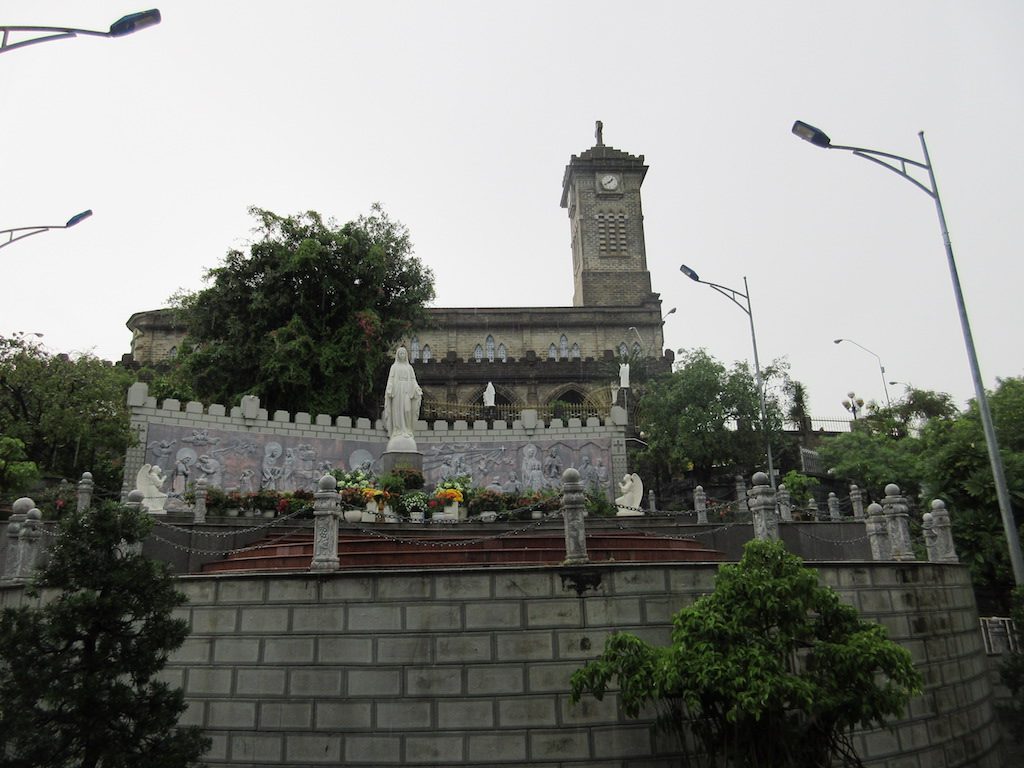 Nha Trang is a coastal city on the south-central coast of Vietnam with a population of about 400,000. Nha Trang was the capital of the Champa Kingdom that once controlled what is now central and southern Vietnam for over 13 centuries. During the Vietnam war this spot was a popular place for U.S. servicemen. Nha Trang is well known for its five-miles of beautiful beaches and scuba diving attracts many international travelers. The local economy relies heavily on tourism although they do also have shipbuilding and fishing industries including lobster farming.

The morning skies were very dark with clouds and before we were able to take the shuttle into town it began to ran buckets of water. It was raining so hard that you could not see anything twenty feet in front of you. Instead it looked more like a heavy fog out the window and there was a bit of thunder and lightning as well.

By early afternoon the rain had subsided and we took the ship’s shuttle into town to have a look around in what was still moderate rain. We had been to the city previously and decided not to take a tour of some of the local sites. Instead we walked to the Nha Trang Cathedral built by the French in 1933. Unfortunately, the church was closed for a couple of hours for lunch and we decided that, with the rain, we should not wait for it to re-open.

Instead we walked several blocks to the Long Thanh Gallery owned by a local photographer. The photos are all in black and white and depict life and history of Vietnam. The gallery is on the ground floor of the photographer’s residence and we had to ring the bell for someone to come down and let us in. She was kind enough to turn on the lights and allow us to have a look around at the hundred or so large framed photos. The photos were of elderly folks, children playing, local salt mine workers, kids on water buffalo, babies, young women and more. We enjoyed having a look around but did not make any purchases.

Due to the poor weather we headed back to the bus stop to catch the shuttle back to the ship. By our short shuttle rides into and out of town, it appeared that there was a lot of redevelopment and construction going on around town. New resorts are being built, new roads and sidewalks are being installed and things are being renovated.

We have been watching the election results with some joy and alarm. Wish us all luck!

The evening’s entertainment was a master magician by the name of Peter Methab. He has performed all over the world, for Her Majesty Queen Elisabeth II and has appeared in the James Bond film The World is Not Enough. He is a bit of a comedian as well and it was an entertaining show.