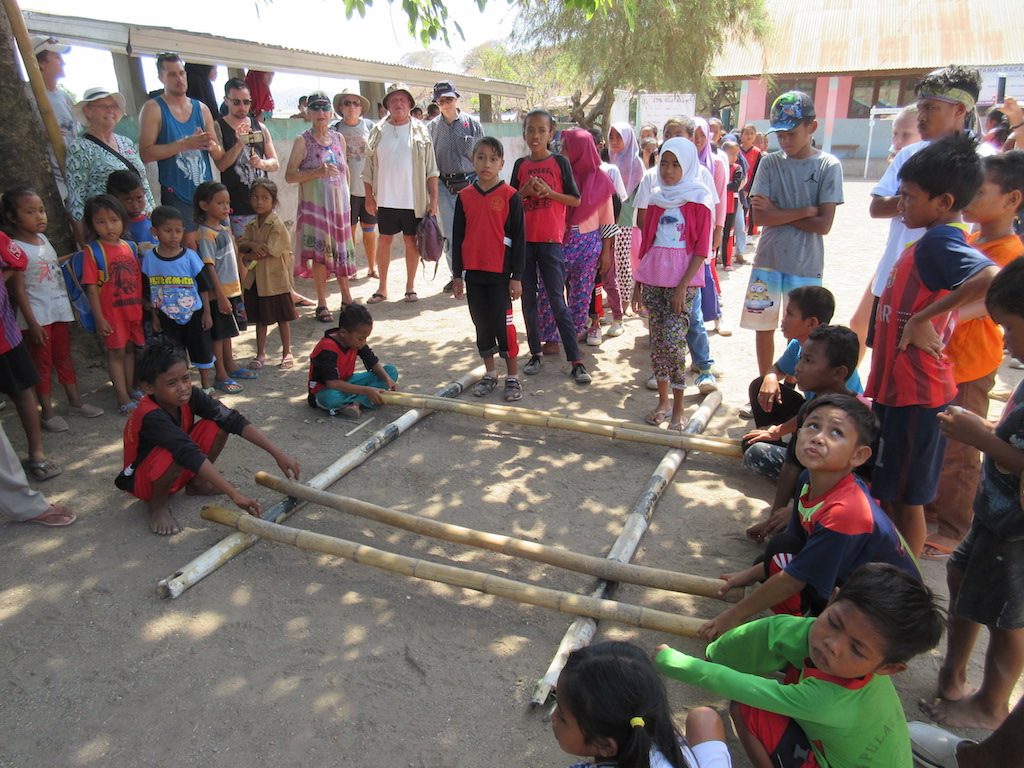 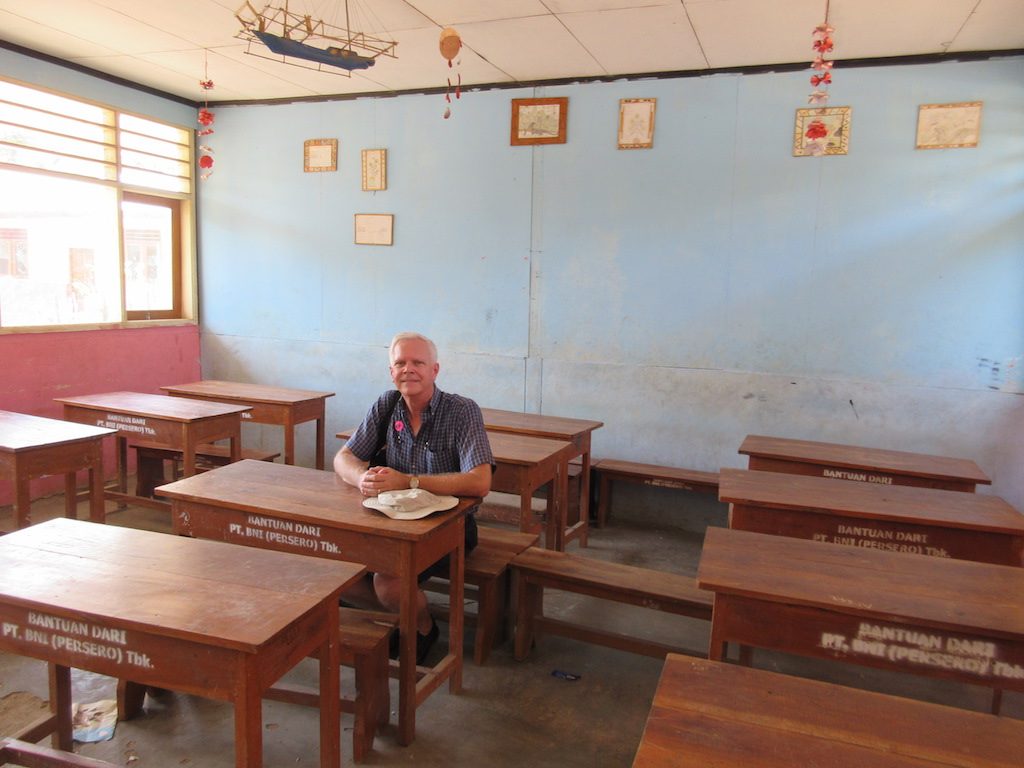 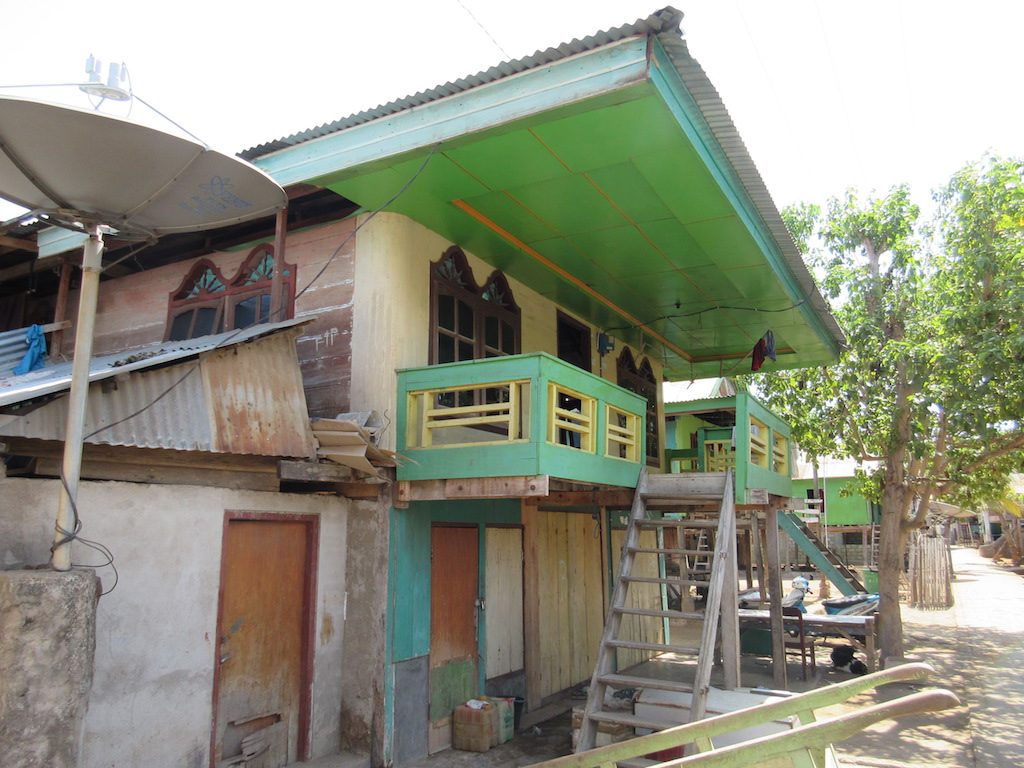 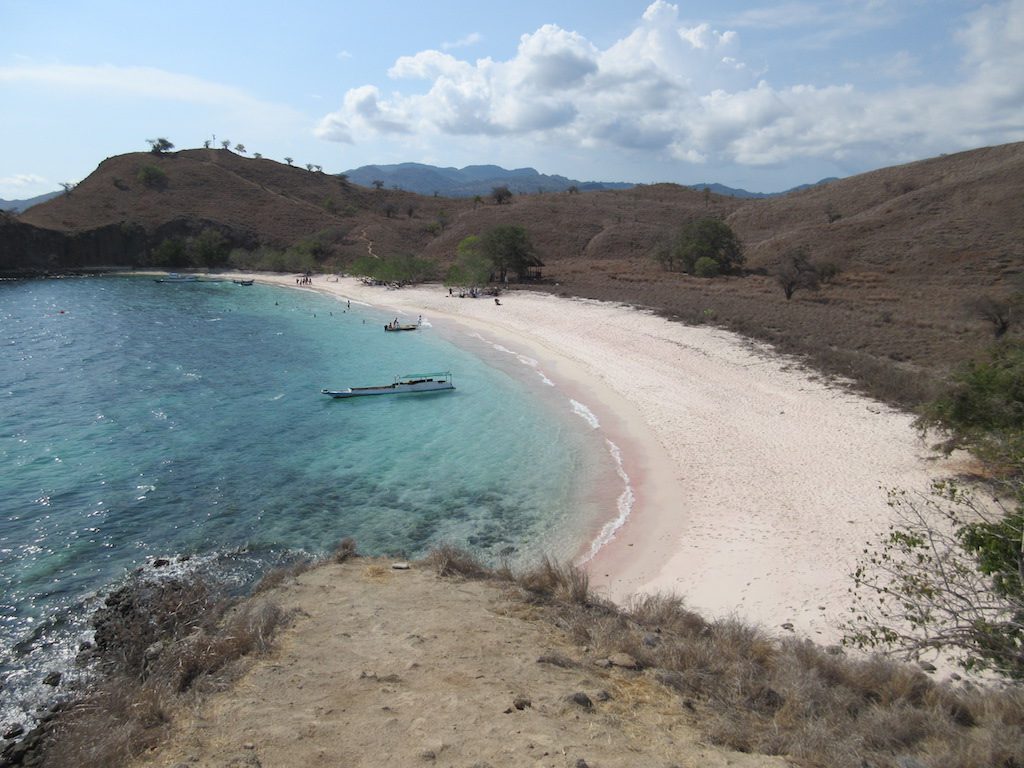 The weather was very warm at Komodo Island when we arrived about noon time.
Komodo Island, named after the Komodo dragon, has a population of only 2,000 people and is about 60 square miles in size. The Komodo dragon is the largest lizard on earth and can grow to more than ten feet in length and weigh more than 300 pounds. The dragons have long yellow deeply forked tongues and enjoy a diet of deer and wild pigs. From 15 to 30 eggs are laid after a nine-month pregnancy period, although many of the eggs do not survive. Once hatched, they can live in the trees for up to five years before becoming land animals. If their mothers don’t eat them, they can live for more than 30 years. We were here in 2016 on a Far East cruise and took a walking tour at that time to see the amazing Komodo Dragon creatures.

Our excursion on this day took us to a local village called Kampung Komodo with an all Muslim population of about 1,755 residents. This island is so remote that the residents here only have an average education of fourth graders. We took a good sized, two level boat from the Komodo National Park to the local village. The ride took only about 30-minutes. The village has recently gotten electricity (from 5AM to 5PM) but the housing is mostly simple wooden structures built on stilts with corrugated tin roofs. A few homes are built of concrete block and stone but most are very simple.

We walked through the village to the local elementary school where we met some of the 287 students and 17 teachers on the island. They were busy playing in the courtyard as school had gotten out at 10:00am and it was afternoon by the time we arrived. The school rooms are very simple with desks and small benches for the students to sit on. There were little or no decoration or school materials in the school rooms and the library was very small offering only a few books for the students. The school has no bathroom facilities so students would need to go home to use the facilities.

After our visit to the village school, we re-boarded the wooden boat to make a 20-minute ride to a pink beach for swimming and snorkeling. Most of the sand is white except for a smattering of red sand particles from red coral in the sea creating the illusion of pink sand.

After about 45-minutes at the beach we were transported back to the Komodo National Park to catch the last tender back to the ship. As soon as we boarded the tender boat the sky opened and it began to rain hard.

Back onboard the ship we enjoyed an Indonesian themed dinner in the dining room followed by the music of Annie Gong, the Chinese accordion player who lives in New Zealand.