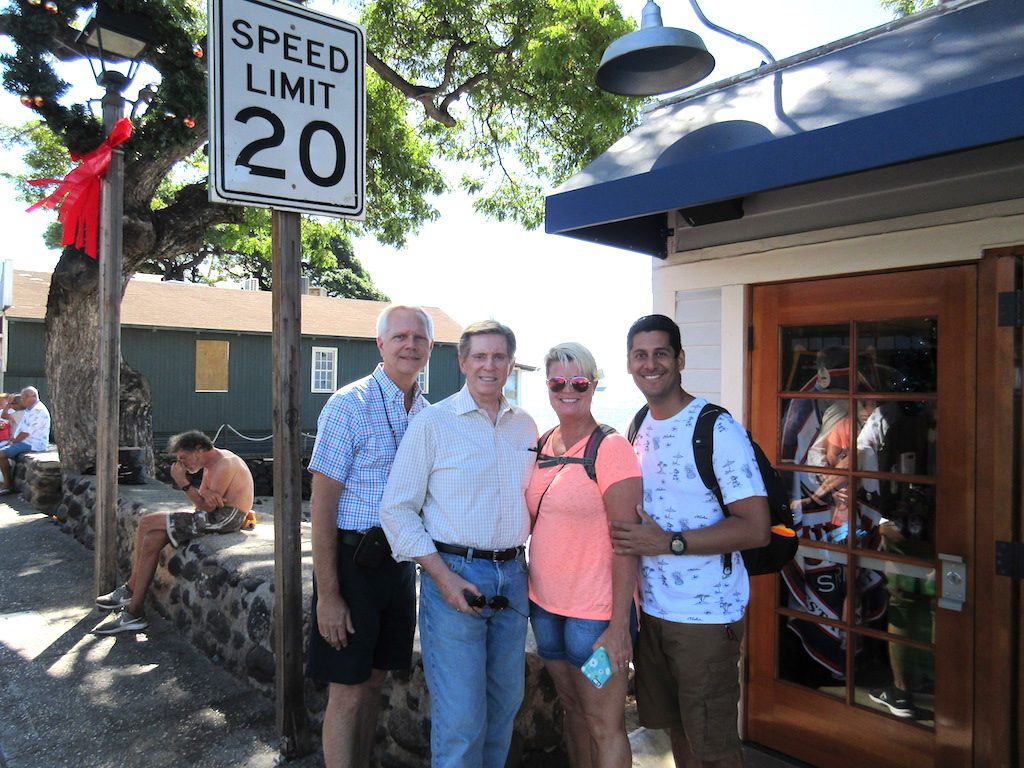 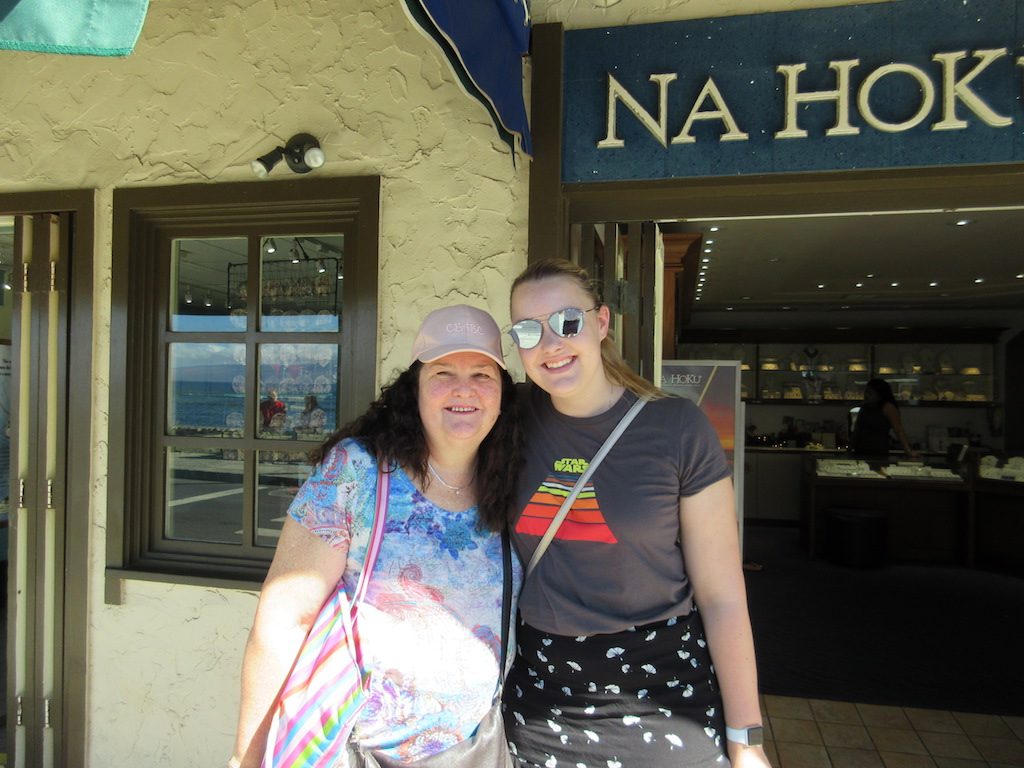 Amsterdam Librarian Kass and her mom 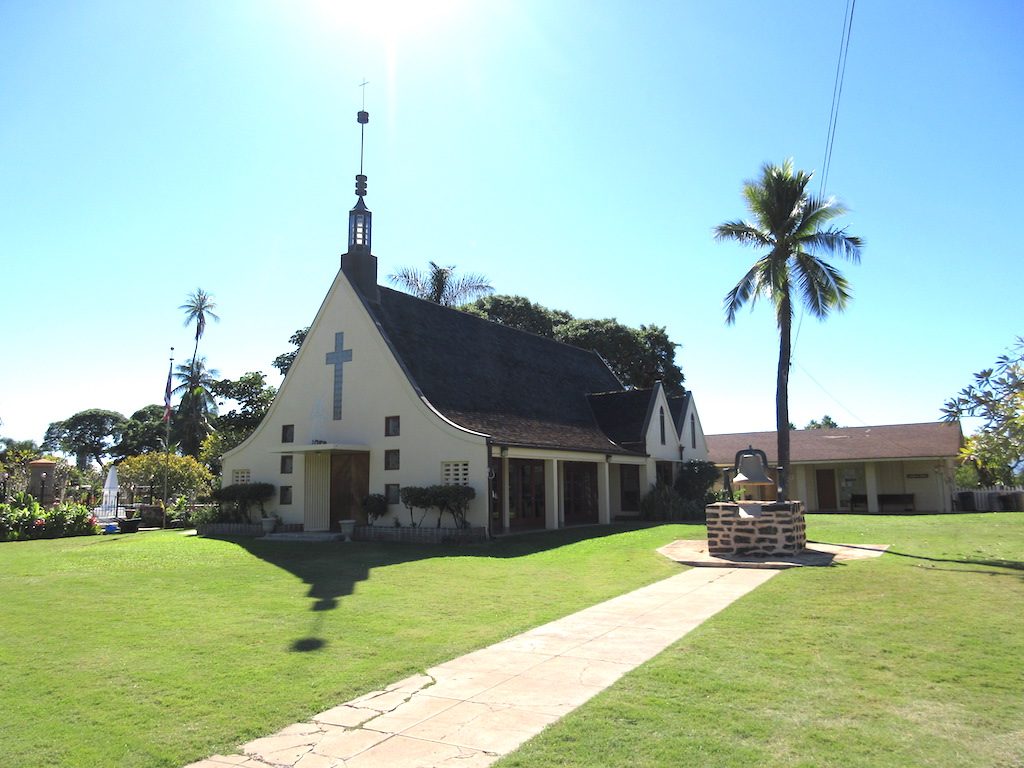 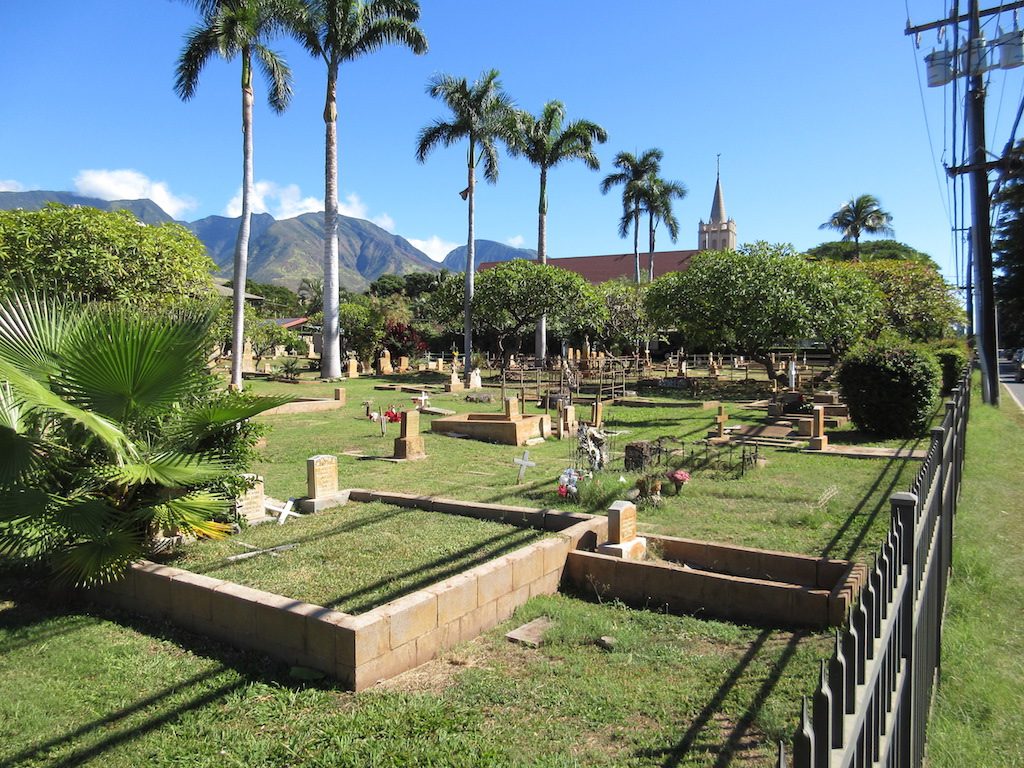 Lahaina does not have a pier large enough for a cruise ship to dock so we had to anchor offshore and take tender boats into town. The weather was perfect in the 80’s with sunshine.

Lahaina was once known for its whaling industry, but today attracts sail boats and visitors from around the world. The center of Lahaina is known for its Banyan Tree Square where you will find an enormous banyan tree that was planted in 1873. The tree was planted to commemorate the 50thanniversary of the arrival of Christian missionaries. The city center is filled with an eclectic mix of shops, galleries and restaurants.

We headed out on foot to explore the many shops and galleries as well as a few spots off the main streets where we saw a glimpse of local life. We visited the Seaman’s cemetery, the Maria Lanakila Catholic Church, the Holy Innocents Episcopal Church, the historic jail dating back to the whaling days called Hale Pa’ahao, the Lahaina Hongwanji Mission, the Waiola Cemetery, the Waiola Church and more.  Upon return, Kent rested his knee and slept for two hours.

For dinner the ship had a Luau style meal served in the Lido Market. They served roasted pigs, beef ribs, corn on the cob, a local wahoo fish and a variety of other local dishes. The dining room was decorated with green fern leaf printed table cloths, paper leis at each place setting, tiki lights on each table and grass skirting around all of the buffet stations.

The evening’s entertainer was Frank King who is a comedian and conversationalist. His voice was nearly gone from a show on land where the sound system was not working well and he had to project. It was unfortunate that we have had so many comedians onboard that people are not very impressed with another comedian unless he is outstanding.  He attempted to have a conversation with a couple of folks in the audience but it did not go over very well. Many people in the back of the theater left and there was little applause when he was finished.