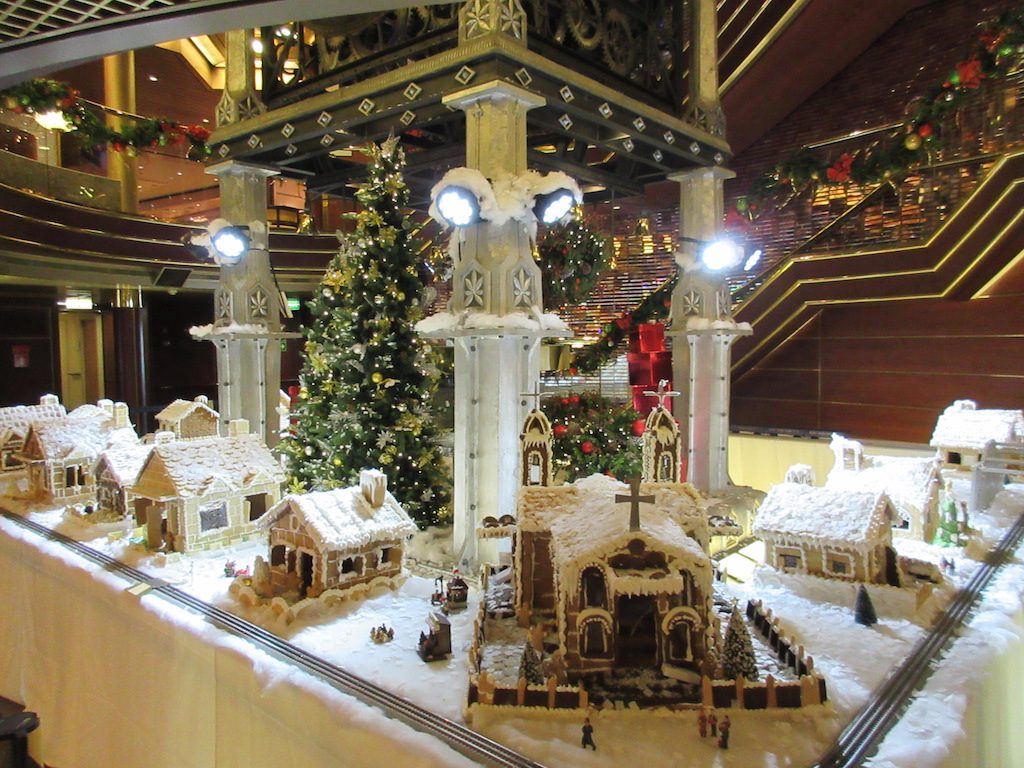 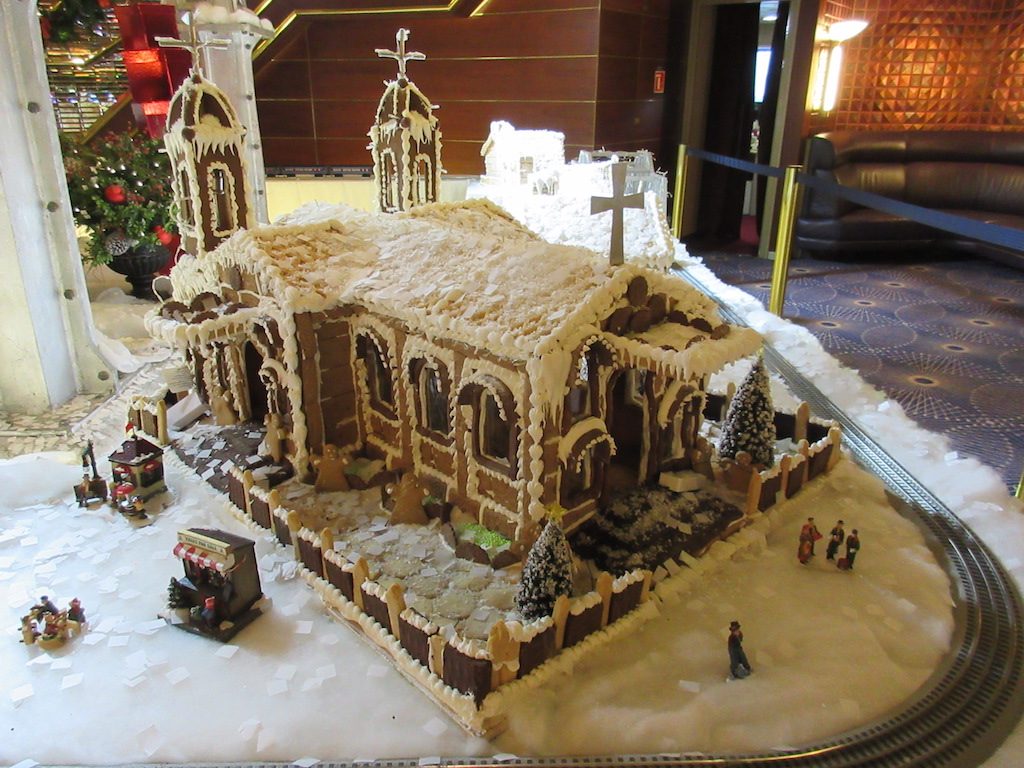 This is the beginning of our final leg home and people are beginning to feel sad that the voyage is almost over. This was the first of five sea days on our way back to Los Angeles. The sea has been calmer than it was on our arrival to Hawaii so people are happy with that. The ship was decorated for Christmas while we were in Hawaii so there are many trees, wreaths, gingerbread houses and garlands around the ship.

Cruise Director Jorge interviewed Alex and Kirsten, the dance class instructors from Canada, at his Morning Show. They are always friendly, beautifully dressed and fun to chat with around the ship. Many of the guests came out to support them at the coffee chat this morning which was very nice. They will have a month off and will return to the ship in late January for the 2019 World Cruise.

Kent attended another Behind the Scenes with the Amsterdam singers and dancers. Dr. Joe Kess gave a lecture on the Prelude to Pearl Harbor where he discussed what was going on in the Pacific region prior to the bombing of Pearl Harbor. It was all very complicated to follow the politics and parts that countries around the world played at the time. Not unlike the world today where world powers have political agendas that they might like to impose on the rest of the world.

A delectable Sunday brunch sampler menu was served in the main dining room. This was once again a three-course meal with a sampling of about six cold starters followed by a sampling of six hot entrée items. All of this was followed by a dessert sampler of three desserts. Very delicious but not very helpful on the waistline.

The afternoon included a guest talent show where guests performed all sorts of talents. There was the comedian, the singers, self-written poetry readings, the banjo and harmonica players, the magician and a comedy of dance. It was a wonderful display of the interests of a few guests onboard and an insight into their lives.

In the evening the ship had a Christmas tree lighting ceremony on three decks surrounding the central atrium. Deck three houses a Christmas tree which is surrounded by many gingerbread houses created by the kitchen staff and a toy train. They served drinks, hot chocolate and hot apple cider as everyone sang non-religious holiday songs. Madeline the eleven-year old girl onboard got the honor of lighting the tree and when she did paper snowflakes began to fall from several decks above. It was a festive occasion that everyone seemed to enjoy.

We had dinner with a friend from Australia by the name of Martin who is traveling alone. It was his sister’s 60thbirthday (she is in Australia) and he asked the dining room staff to prepare a cake for her and to have the waiters sing to her. One of the waiters recorded it on his cell phone so that he could send her the video as a little birthday surprise.

The evening’s entertainment was a group of four young men called the Alley Cats who performed acapella the music of the 50’s and 60’s. They harmonized beautifully and also had a variety of quirky silly jokes. They were dressed in Christmas suits of very bright colors including trees, plaids, snowflakes and the like. The audience liked them very much.