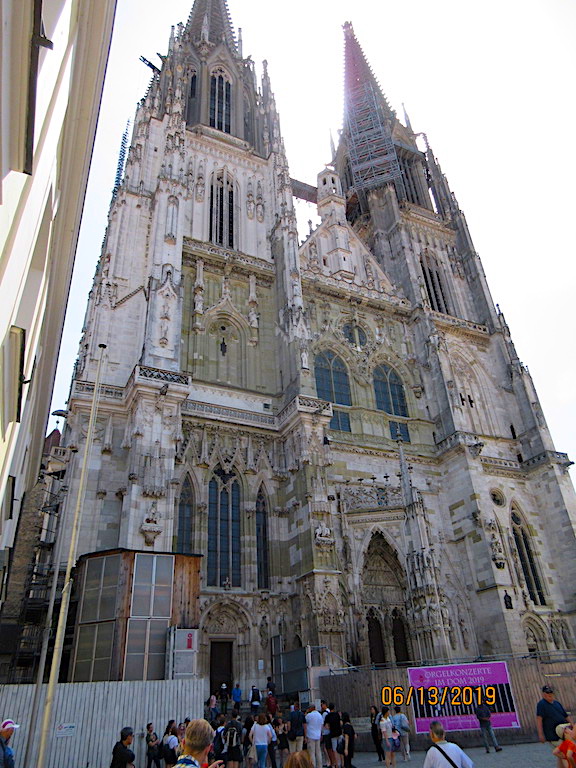 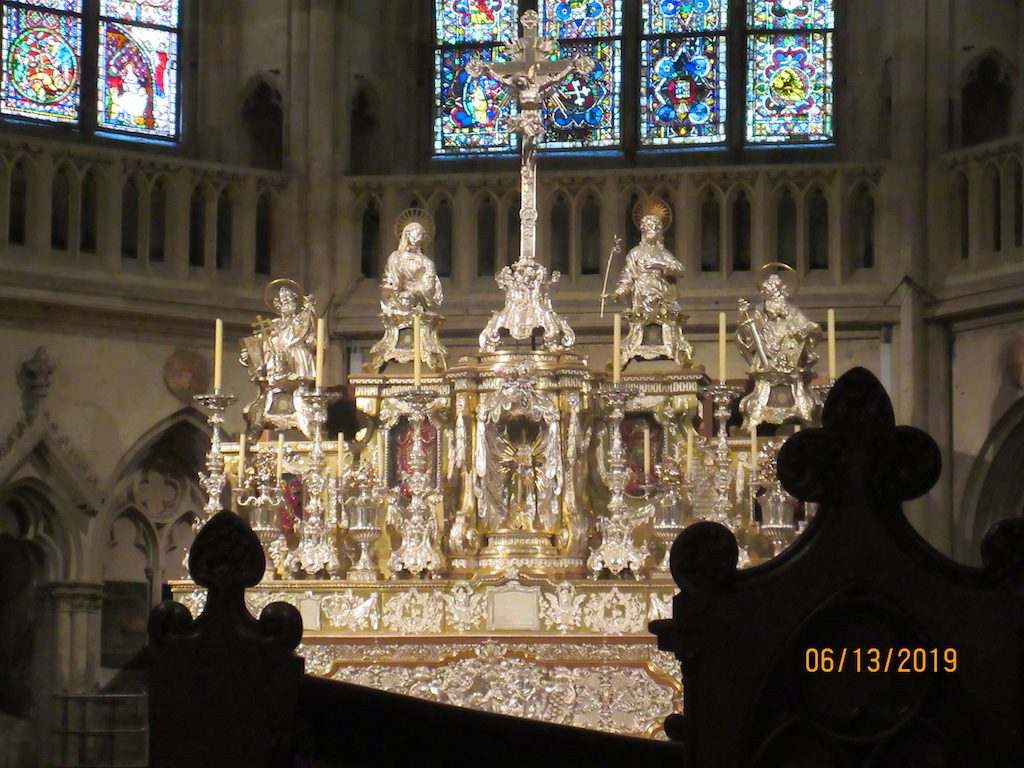 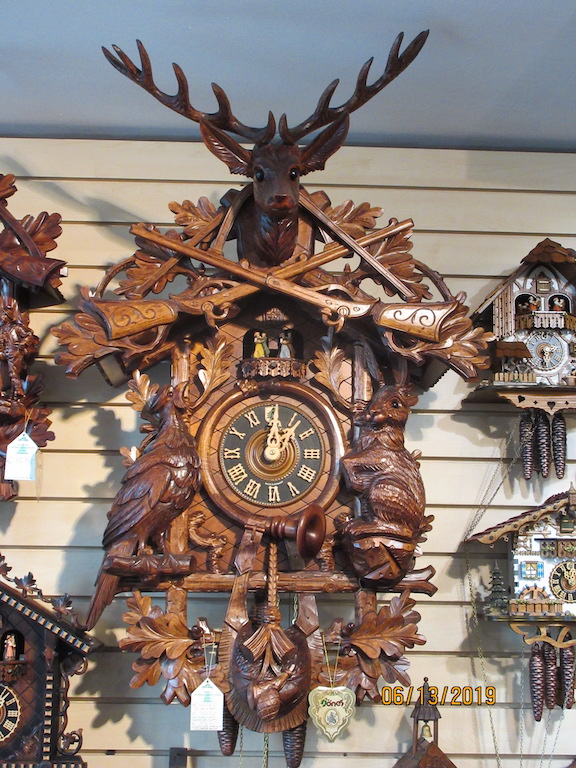 Due to the damaged lock near Nuremberg we were bused about 90-minutes from Nuremberg to Regensburg where we would board another boat, the River Splendor, for the continuation of our trip. Regensburg, a city of approximately 130,000, is located in southeastern Germany in the state of Bavaria, at the junction of the Danube and Regen rivers. Regensburg was undamaged by heavy Allied bombing during World War II and is thus one of the best-preserved medieval cities in Germany. Once we arrived in Regensburg we were taken on a guided walking tour of this delightful Bavarian town. We entered the old medieval core of the town by crossing the picturesque 1,000-foot stone bridge with 16 arches crossing the Danube River completed in 1146. It was the only Danube crossing for hundreds of years, and was the starting point of the second and third Crusades.

Among some of the other notable structures are Saint Peter’s Cathedral and the Benedictine Abbey. Saint Peter’s Cathedral is a 13th-century structure, housing a museum of medieval and Renaissance church art. The church is extremely ornate on both the inside and out. The Benedictine Abbey was an important epicenter of European learning. Among its many treasures are over 200,000 books and illuminated manuscripts.

After lunch onboard the boat we walked back into town where we attended a short presentation about the cuckoo clock. These clocks began in the Black Forest (it was so dark in the forest they found the sundial didn’t work well so developed the clock with sound to help tell time) in the 1600’s and have continued to become more decorative as time has gone by. Today the intricate clocks can have intricate carvings, moving parts, up to a dozen songs and many sounds of the cuckoo bird itself. They said that the cuckoo bird found in the Black Forest is known for laying its eggs in another bird’s nest and letting the other bird raise the baby birds. The young birds are also known for throwing the other birds’ eggs out of the nest, giving the baby cuckoo bird chicks more room.

We visited a new museum that had just opened on the waterfront featuring the history of Bavaria from 1800 to the present. The items in the museum were beautifully presented but it was difficult to navigate through the museum. It was a bit like a maze.

Back onboard the ship we unpacked in our new cabin before dinner. After dinner we were entertained by a local brass band of five young folks playing the trumpet, clarinet, bass and baritone. They played and showed us a variety of local songs and dances. They were not particularly good so there was a steady trickle of people leaving the lounge, including us.