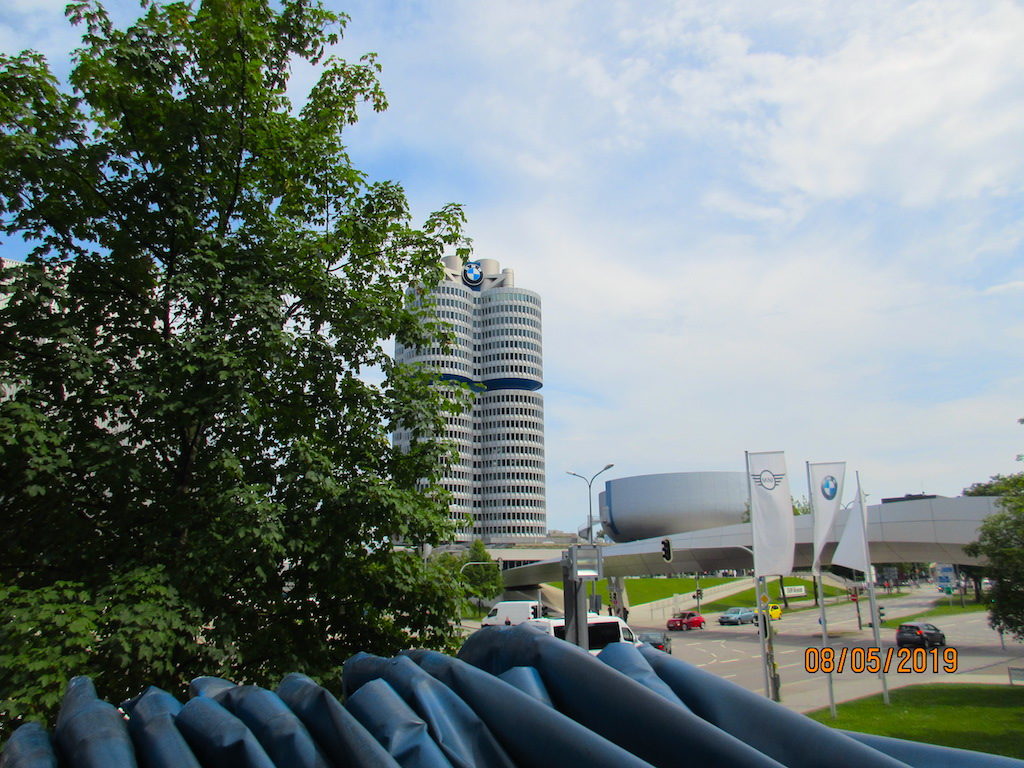 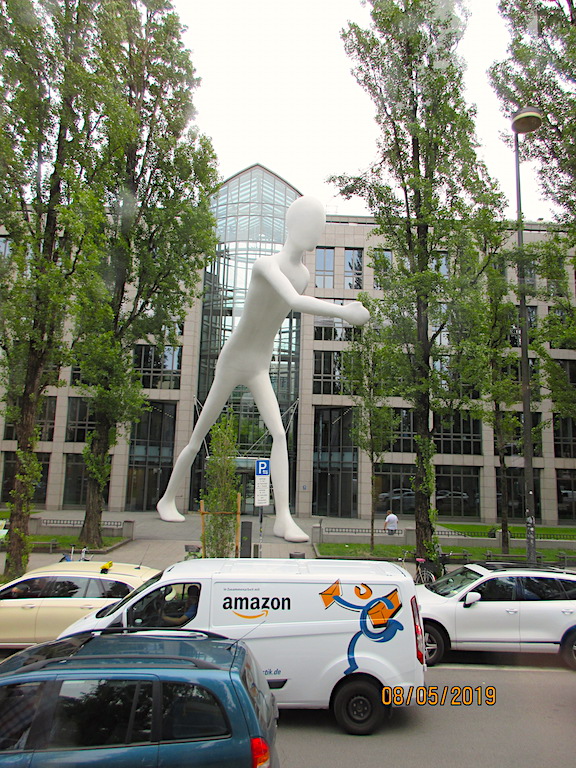 We had a quiet day as we recouped from our long journey. We had a lazy morning in the hotel before venturing out for lunch to a local Italian restaurant called L’Osteria. There we enjoyed a fresh salad with mixed greens, avocado, pomegranate seeds, sunflower seeds and quinoa. The dressing was called a creamy dressing and it was very good. The pizza was a four cheeses pizza that was the size of an extra-large pizza at home. Luckily the girl at the hotel had warned us that the portions were large. The crust was very thin and crispy but otherwise the pizza was not very interesting.

Next, we boarded the local Hop-On, Hop-Off bus operated by Greylines tours. The bus took us on a 2.5-hour tour around the city giving us some bits of history and pointing out architecturally significant buildings. The tour included places like the Olympic Park where the Summer Olympics were held in 1972. As you may recall these were the Olympic Games where terrorists broke into the athlete’s village and took Israeli athletes’ captive and eventually killing them. Today the grounds are used mostly for public events, concerts, fairs and there is a Sea Life Aquarium on the grounds.

Across from the Olympic village is the BMW headquarters and Museum. The museum shows BMW’s technical development throughout the company’s history. It contains engines and turbines, aircraft, motorcycles, and vehicles in a plethora of possible variations. In addition to actual models there are futuristic-looking, even conceptual studies from the past 20 years. The museum is one of the most visited in Munich with more than 250,000 visitors a year.

The city has a large museum district with a variety of museums, there is the large city park called the English Garden, an opera house, cathedrals, high-end shopping streets and a variety of historical monuments.

After a refreshment in the hotel lobby and a nap we ventured out to the main train station for a small bite to eat at a Chinese Restaurant. The train station was a little quieter in the evening but still a busy place with folks coming and going in every direction.