Facade of the National Museum 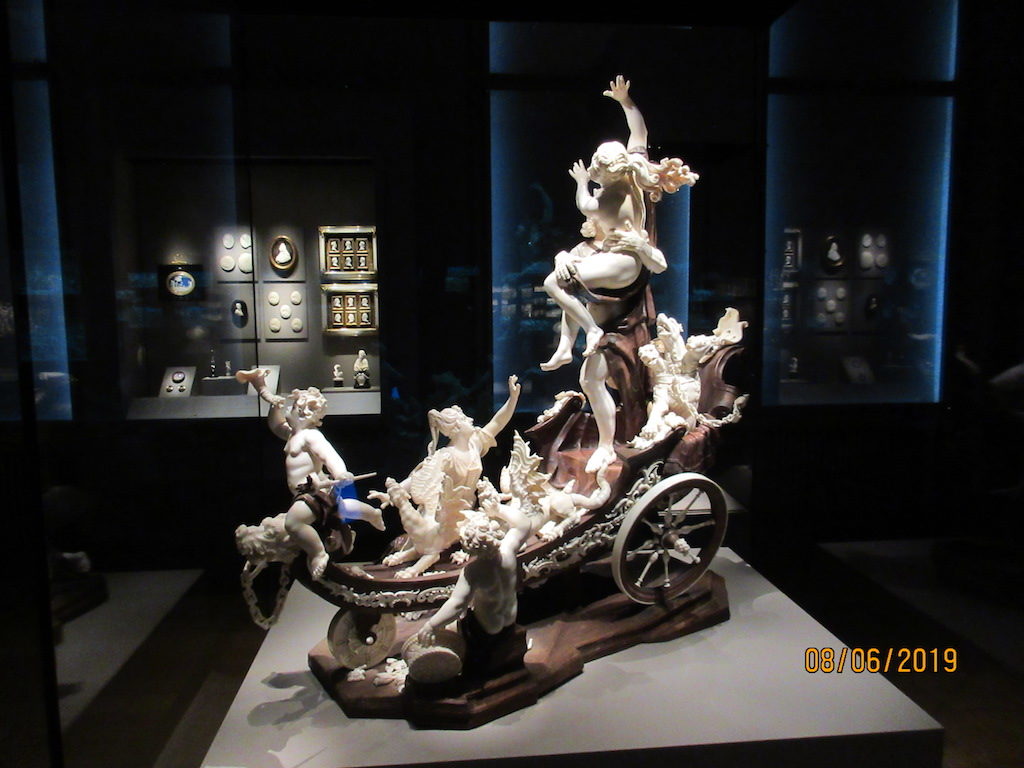 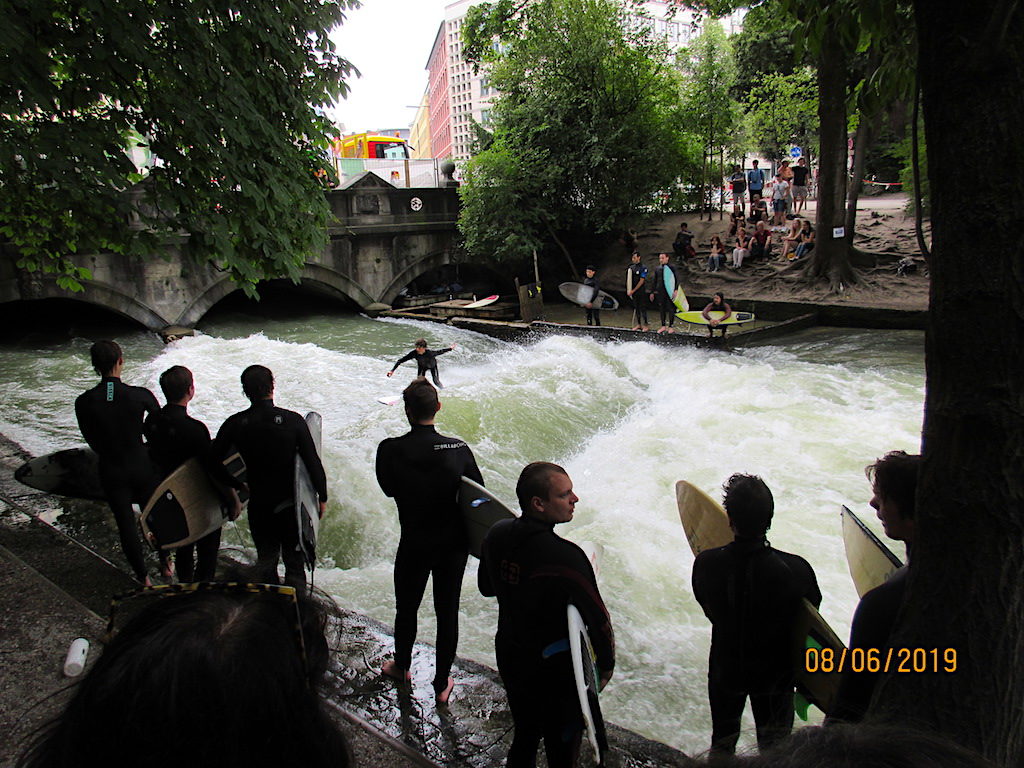 Surfing at the English Garden 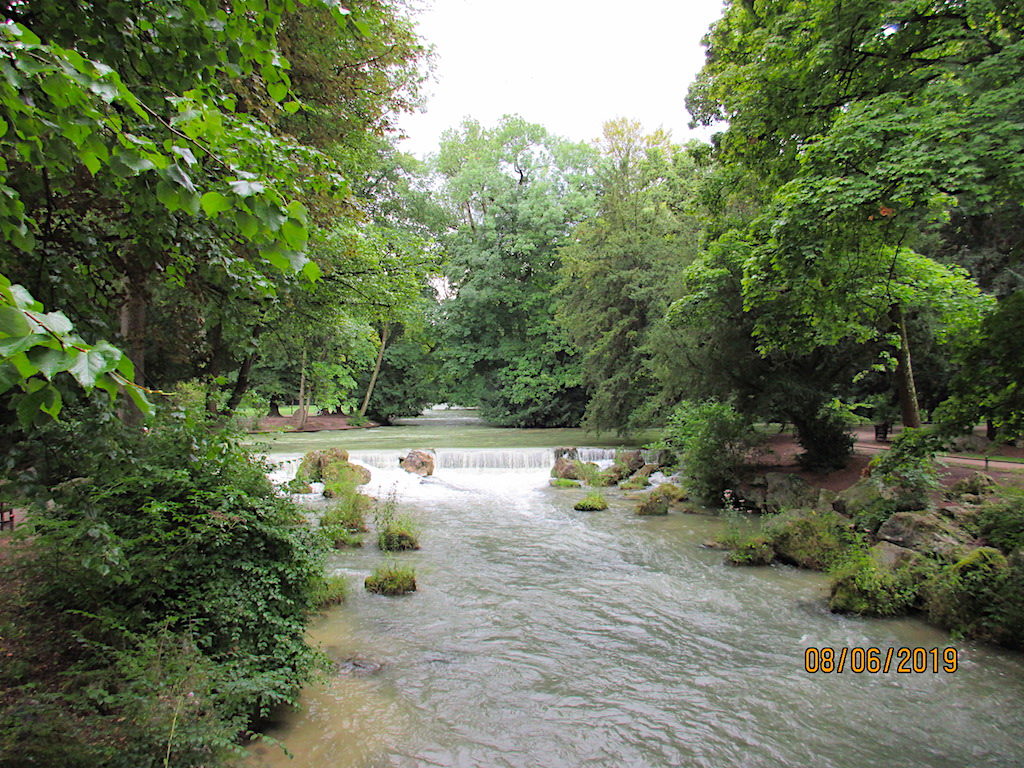 View inside the English Garden

Marc Fritz at Dinner with us.

This morning we had coffee and a cinnamon roll at the train station before boarding the Hop-On, Hop-Off for a ride to the Bayerisches National Museum. The museum has a collection of about 500,000 items of all types. We toured three floors of the museum where we saw collections of china, glassware, silver, inlaid furniture, statuary, altarpieces, armor, stained glass windows, religious wood carvings and more. They have the largest collection of nativity scenes at the museum but unfortunately the collection is only open from November to April.

After several hours in the museum we headed next door to the massive English Garden started in 1789 by Elector Carl Theodor who ordered a public park be established along the Isar River. Today the park consists of over 900 acres and 48 miles of paths for biking and walking, has beautiful vistas of the city, includes a restaurant, beer garden and Japanese Tea House.

We had lunch at the beer garden including a pork schnitzel, roasted potatoes, potato salad, and sodas. While we were having lunch, a thunderstorm came through causing people to find shelter under large umbrellas and a Chinese Pagoda in the park.

While at the park we also took in an unusual sight of young men surfing. There is a river lock that creates a large wave when the water flows over the lock creating an ideal spot for surfing. Unfortunately, the size of the lock is small and only allows enough room for one surfer at a time. The good news is that there is a constant wave for surfing.

The walk back from the garden is about thirty minutes. Along the walk we took in part of Maximillian Street where all of the high-end retailers have their shops. You find Gucci, Prada, Louis Vuitton and so many more.

In the evening we met up with one of our former German students, named Marc Fritz, who is currently working in Munich although he is originally from Dusseldorf. We last saw him in Amsterdam in 2016 before we boarded a ship in Rotterdam. We took the subway one stop to a completely different looking part of Munich for dinner. As soon as we stepped out of the subway station it was quiet, the streets were tree lined and were spotless. We had a very nice dinner at a charming restaurant with candle lit wooden tables called Hoiz Weinbistro. They served things like duck breast with quinoa, a variety of steaks, salads and steak tartar.