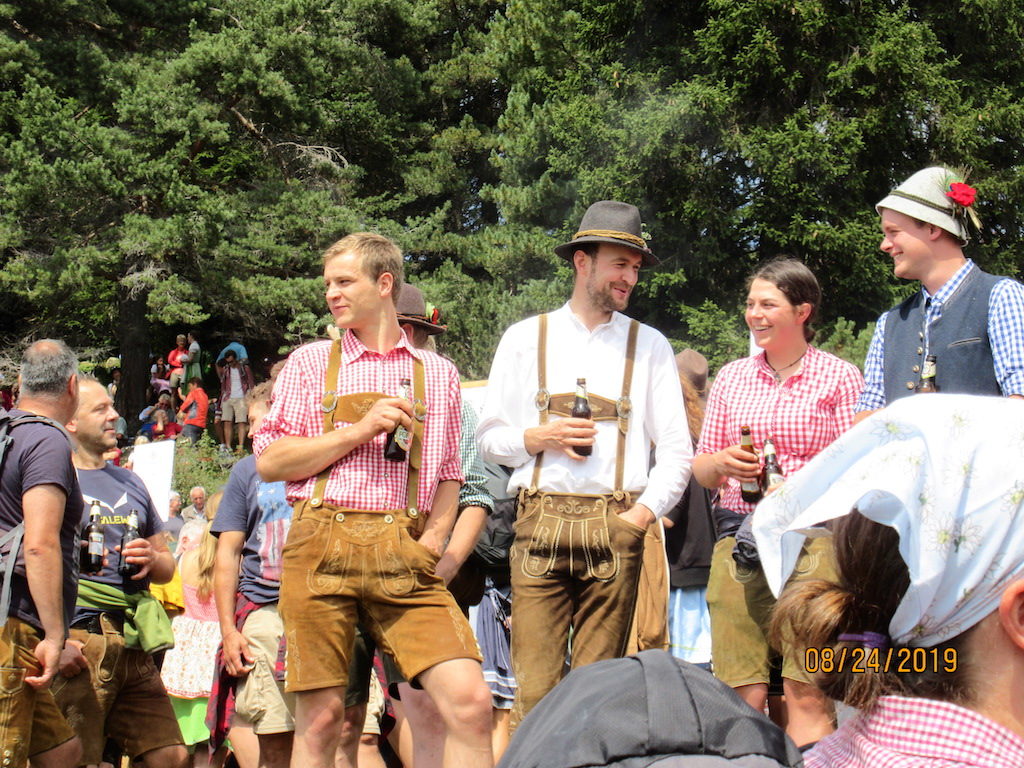 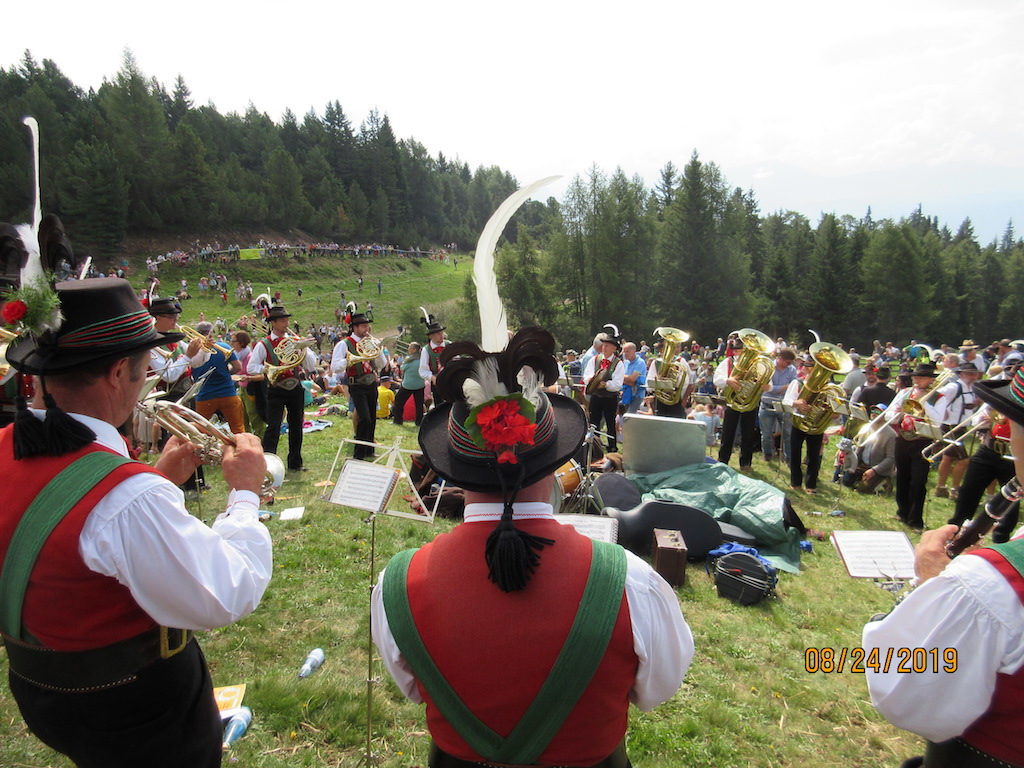 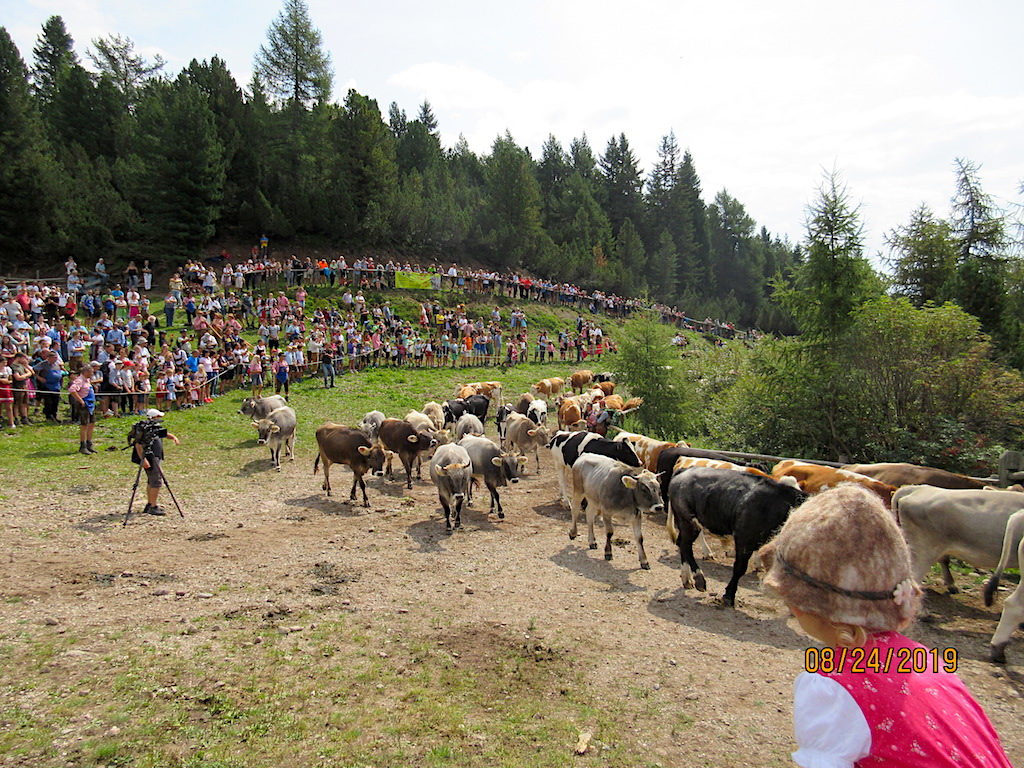 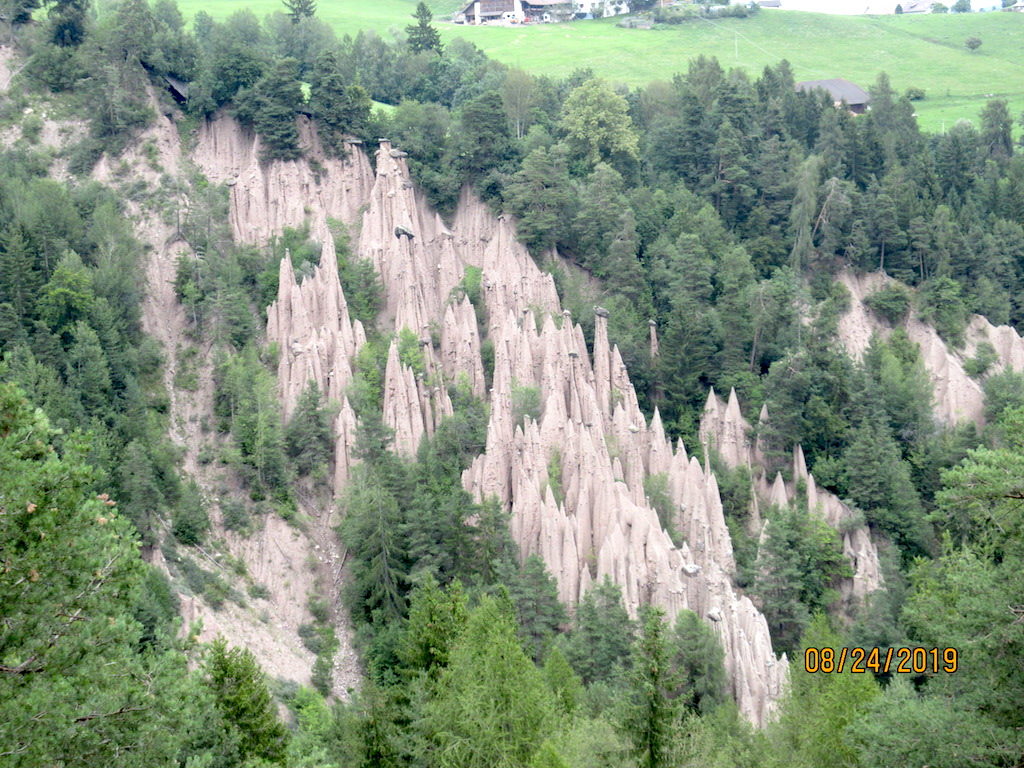 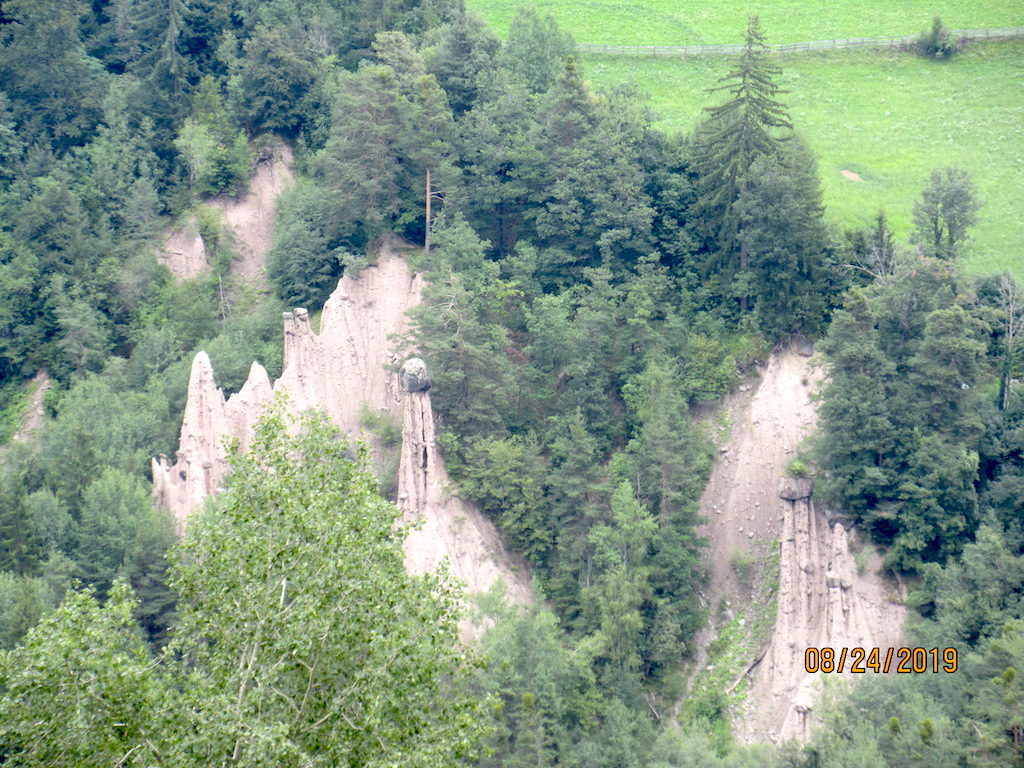 When cattle in the alpine summer grazing pastures are moved to the valley for the fall it is a widely celebrated festival. They say that 2,100 alpine farms are nestled in the Dolomites with 110,000 head of cattle, 70,000 sheep, 5,500 goats and 2,000 horses. This was the day that they celebrate the moving of the cattle.

We left our hotel by taxi and headed for Pemmern where we began a one mile walk up the mountain to a spot where the cattle drive could be seen. Along the way we learned that the locals start out early in the morning walking towards the festivities stopping at local bars for beer. The locals are all dressed in their traditional dresses and lederhosen with plaid shirts. We shared the path with hundreds of locals also making their way up the hillside.

Once we arrived at the festivities, we found an Oompah band playing local tunes and thousands of locals eating sausages and drinking beer. Many had brought blankets and found a spot on the rolling hills to settle in for the morning. The Alpine horn players arrived to play the horns.

Also, of interest were the local cowboys or cattle handlers who carried very long braided whips. They would crack the whips which would make such loud noises you would think that they had caps or some type of explosive in the whips. Some of the cowboys would stand on top of their horses and crack their whips while balancing.

About noon, the cowboys would herd the cattle down the trail past the crowds using the whips to move the cattle. There were also many beautiful horses called Half Lingers that were also being moved. This cattle run and festivities dates back to 1927 and the proceeds of the refreshment stands benefit the Oompah band.

We then began our journey back down the hillside to our starting point where there was another festival set up similar to the festival for Assumption Day. There were hundreds of picnic tables and benches where you could order beer, sausage, half chickens, French fries and desserts. Strolling musicians wandered around performing for the crowds. Several vendors had tents set up selling local handmade wood carvings, food items, desserts and more.

Once we had a bite to eat, we headed down the mountain to the town of Klobenstein where we walked about 30-minutes to the town of Longomoso to see the earth pyramids. These pyramids are natural earth formations that are constantly evolving because of constant erosion. The pyramids are created when rain and weather conditions erode the soil around rocks on the surface of the ground over time. The soil continues to erode around the rocks until the rock is standing high above the ground on a thin pyramid. Over time the pyramids continue to grow taller and thinner until the rock on the top finally falls off the top. Once this happens the earth pyramid begins to slowly erode until it is completely dissolved into the soil. It is a very interesting thing to see and there are many places around this area where you can find the earthen pyramids.

We took the train back to Oberbozen. After a rest, we had dinner with our group and retired to our room for the night.