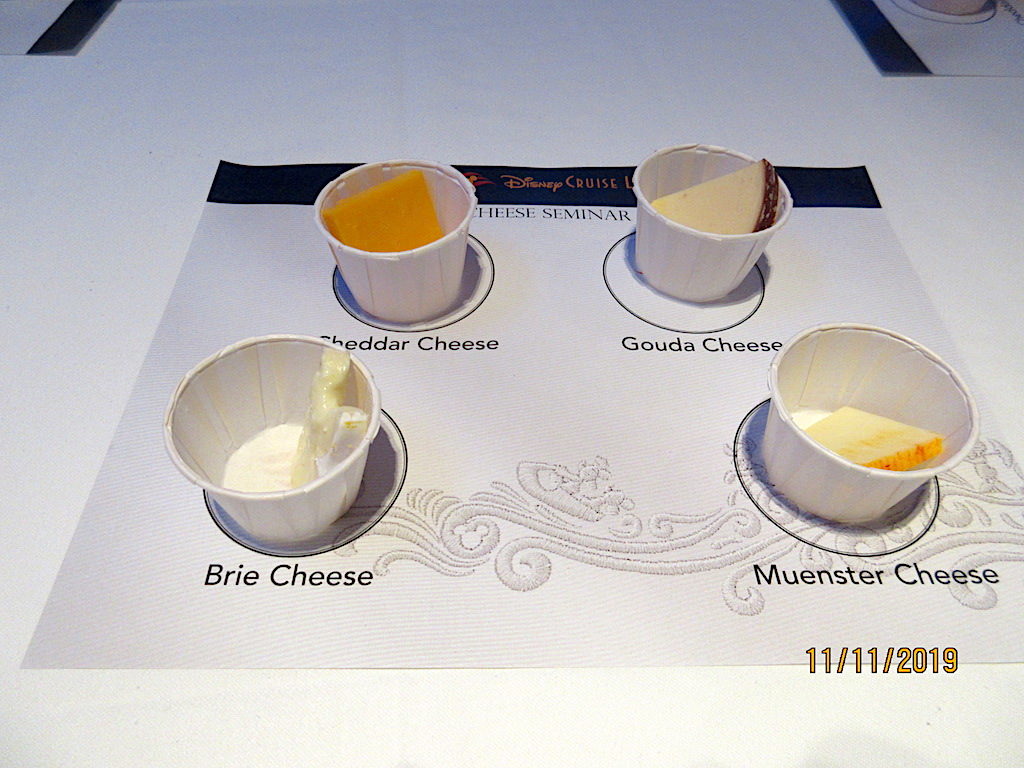 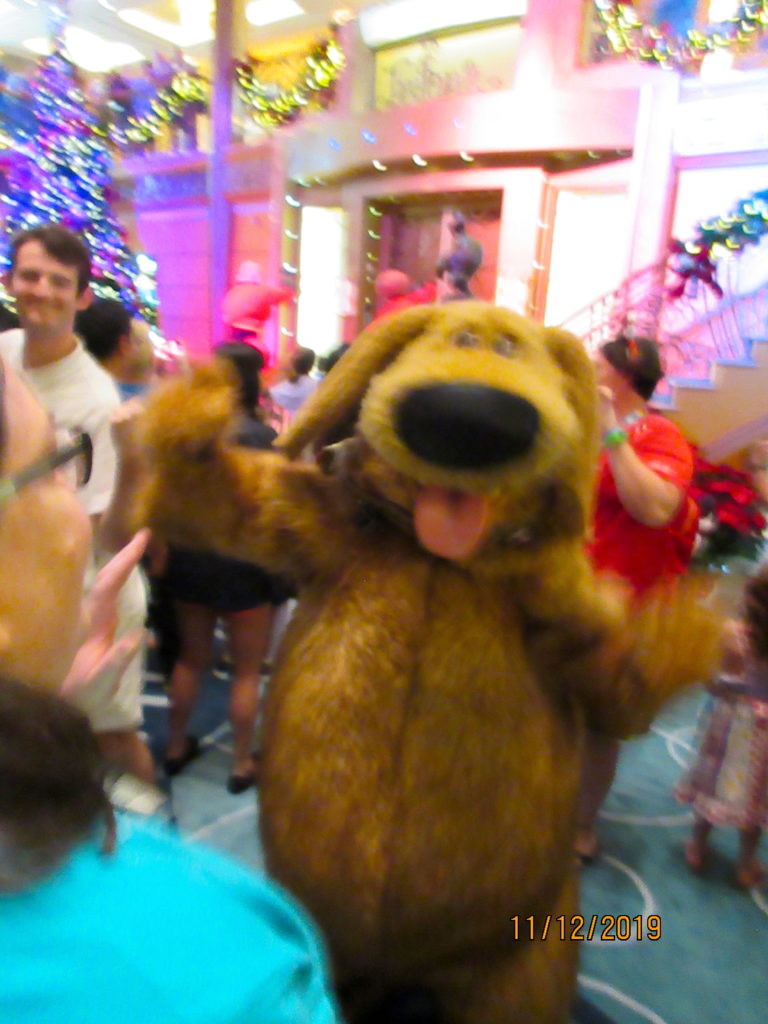 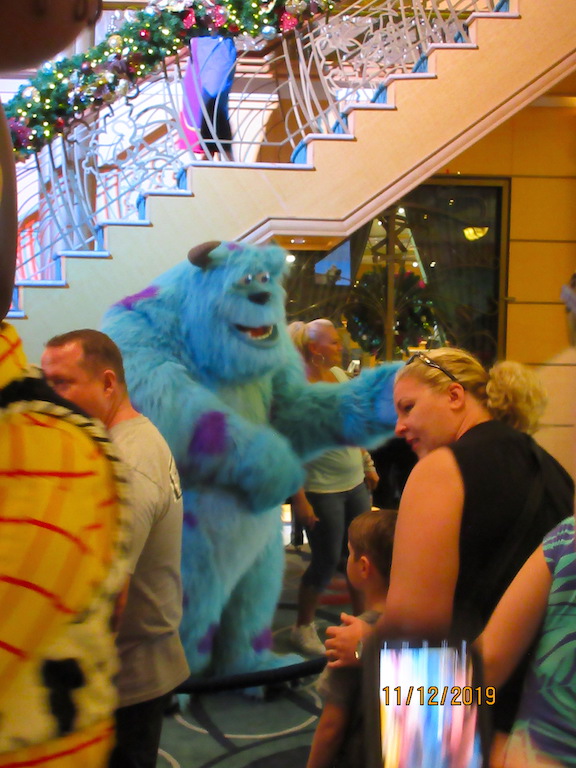 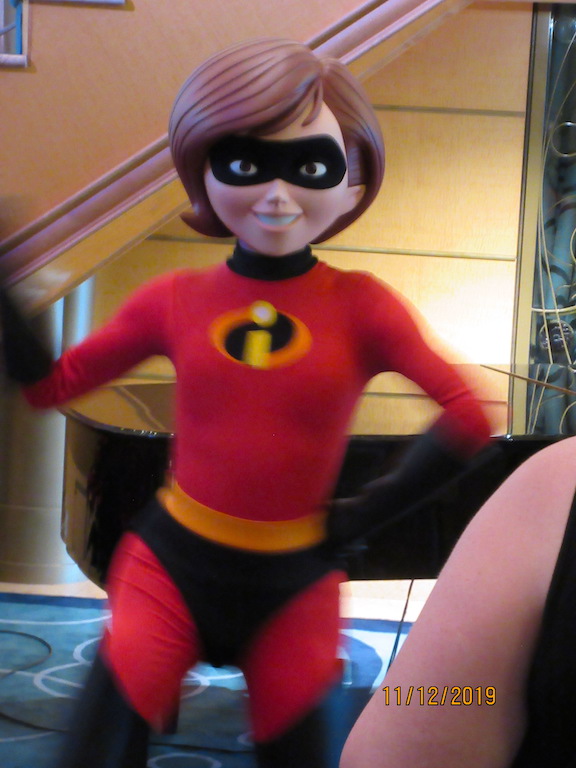 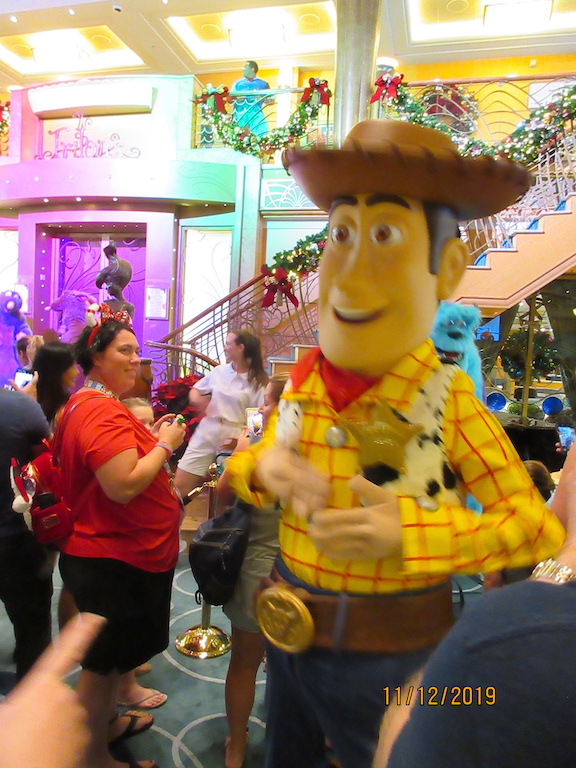 After brunch in the main Triton’s dining room, Sandy and I attended a cooking class with chef Georg Paulussen. Chef Paulussen is now the executive chef at the Disney Polynesian Resort.

The recipe for the day was an Avocado Crab and Lobster Salad. The presentation was of most interest to us. The chef cut the base of an avocado off, and using a spoon, easily removed the pit. Once the pit was removed he stuffed the avocado with the crab and lobster salad before peeling the avocado and rolling it in pistachio nuts. The plate was garnished with an edamame puree and served with tomatoes, thinly sliced cucumbers and fresh edible flowers. We enjoyed a small sampler dish accompanied with a small wine tasting.

Our next stop was a lecture by Captain Ken Puckett on the US Construction of a Canal Across Panama. He showed many photographs about the building of the canal, as well as a couple of videos of ships transiting the canal.

Sandy, Kent and I then attended a cheese seminar in the Animator’s Palate restaurant. There we learned a little about cheddar, muenster, brie and gouda cheeses. Cheese is filled with protein but can also have a lot of calories.

By 1:00pm it was time for lunch in the Cabanas Restaurant on deck nine. This buffet style restaurant offers all sorts of cuisines daily including the popular seafood station where they serve shrimp and crab. They have a large salad bar and a dessert bar, as well as multiple drink stations including complimentary soft drinks.

Later in the afternoon there was a Pixar Pals Party in the lobby. About a dozen Pixar movie characters appeared with the ships singers and dancers accompanying them. They all danced and sang songs with the passengers. Cell phones and cameras were everywhere although I found it difficult to get clear photos with the characters constantly moving.

Next, we stopped into the French Quarter Lounge where The Brace Boys were performing jazz hits. This is the same trio as was performing at Tiana’s Place dining room a couple of nights previously. They were excellent and had a standing room only crowd.

The evening’s entertainment was a ventriloquist by the name of Lynn Trefzger. She had a small boy, a bear and a camel dummy that she worked with. She was very funny and her act was very entertaining.

After Lynn’s show and before dinner we enjoyed a pianist by the name of Bongi Maestro who performs in the Cadillac lounge. On this night he was playing and singing Stevie Wonder and Ray Charles songs. He was very good.

For dinner we were back in Tiana’s Place followed by a late show in the main theater with John Charles. John had performed the evening before using a guitar but for this show he only played Beatles songs that were written to be played on the piano.