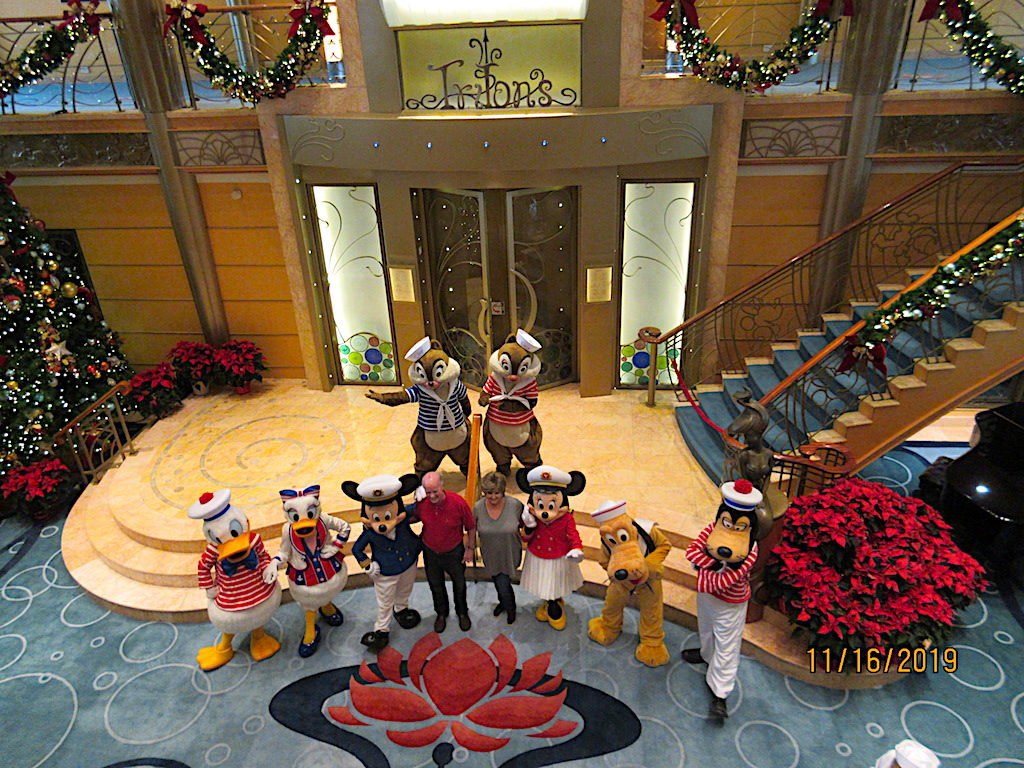 This was a quiet sea day filled with Disney Characters making photo appearances at every turn. There are more than 30 Disney Character appearances daily where guests can have photos taken. Guests wait in fairly short lines for their turn to have the ship’s photographers and family or friends to take their photos. The characters are very playful while being photographed, hug the guests and are very patient. No one seems to mind the wait and everyone seems happy to meet the characters, especially the kids. The guests even bring autograph books or photos for the characters to sign. Sometimes not an easy task for some of the characters under large costumes.

Captain Ken Puckett lectured on the US Operation of the Panama Canal prior to the time that we turned it over to Panama.

Jeffrey Epstein, with Disney Corporate, spoke about the Making of One Day at Disney (Disney 23). Photographers around the world documented all things Disney around the globe on one day at the same time. Soon a very large book featuring lots of the photos as well as a documentary about a day of Disney will be released.

The evening’s entertainment was a cast production of Frozen. This stage production took two years to produce the story of Frozen on stage. The scenery is extensive and beautiful. The costumes are creative, unique and extensive like you are at a Broadway production. The most familiar songs from Frozen are included in the stage production as well.