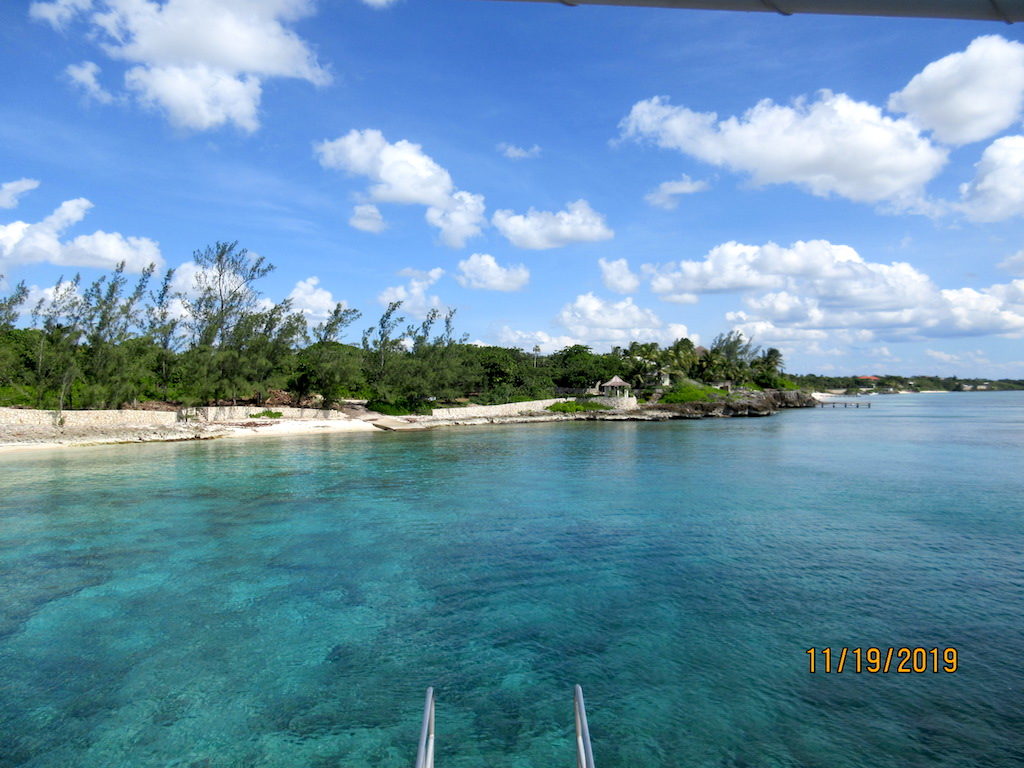 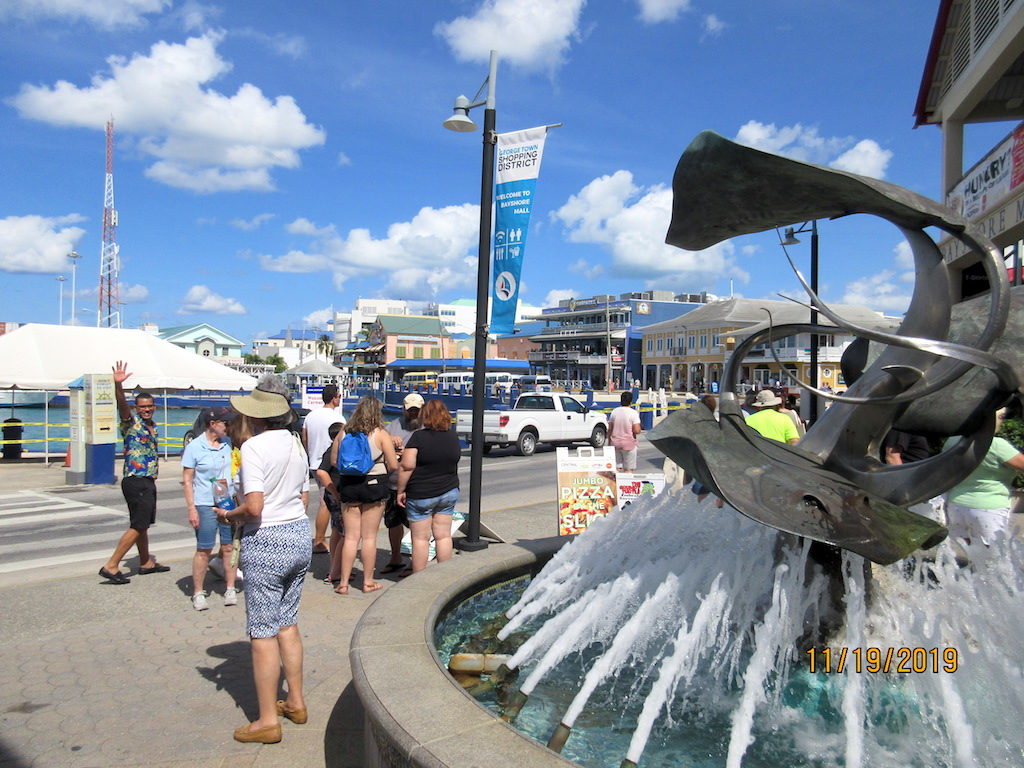 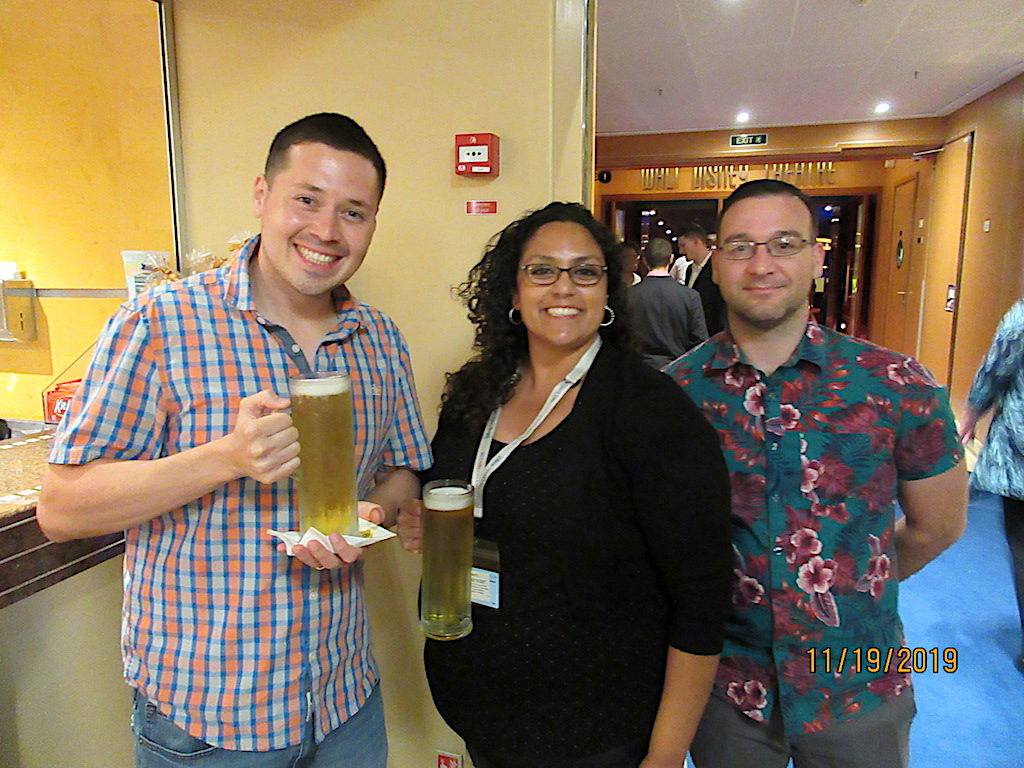 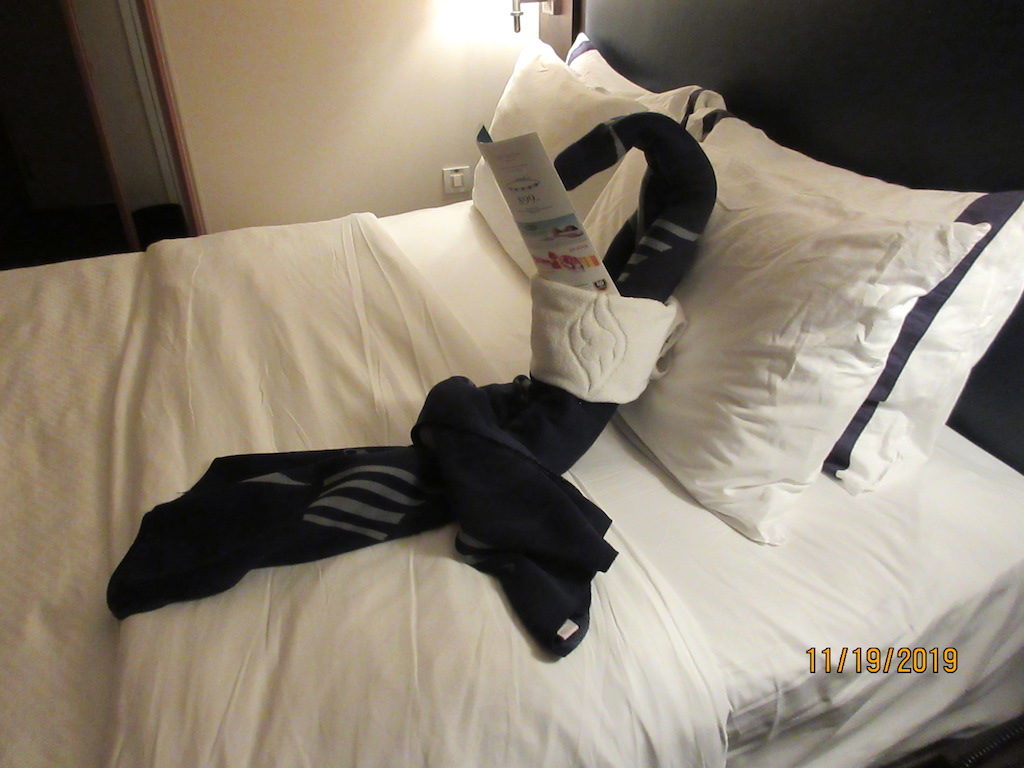 George Town, Cayman Islands, was named after the Carib Indian for marine crocodile. Caymanians are proud of their sea-going heritage, reflected in “The Wreck of the Ten Sails.” The story tells of a shipwreck whose crew, in trying to worn other ships away from the reef, instead drew 9 more vessels onto it but not a single life was lost. In gratitude King George III declared the Cayman Islands forever exempt from taxes, which turned into a billion-dollar gift. As there are no income, property, capital gains or corporation taxes, Cayman has international appeal. Visitors flock to the Cayman Islands for banking, beaches and scuba diving and tax and duty-free shopping. Driving is on the opposite side of the street as compared to the US so you have to be careful when crossing the streets.

This is a tender port since there is no dock large enough to accommodate a cruise ship. On this day there were two other large Carnival Cruise ships in port so we were required to anchor several miles south of town, tender to the nearest dock and take shuttle busses into town. The drive into town was through sparsely developed land where many new condo projects were being constructed along the beach.

The town of about 65,000 has a small downtown along the harbor where there are mostly retail shops and restaurants. The majority of the shops either feature jewelry or watches of one brand or another, or souvenirs.

We wandered the waterfront shops and plazas but, in the end, found nothing we needed to take home with us. We retraced our steps taking the shuttle bus back to the dock and boarding the tender boat back to the ship. We lunched with Sandy and Claire in the Cabanas.

In the afternoon, Kent enjoyed watching the Impeachment hearings on MSNBC.

The evening’s entertainment was a percussion and comedy group of four young men called Junnk. They use a stage full of trash bins, bottles, ladders and drain pipes to create a lively, funny and very fast paced show. They also did a bit of singing and a lot of audience participation. They were talented but not really my idea for entertainment.

After the main show we attended a talk with Broadway actor Jacob ben Widmar. Disney has Broadway stars who come onboard for 8-12 weeks at a time to participate in the cast shows. Jacob played Olaf, the snowman, in the ship’s production of Frozen. I loved the Olaf character and thought he stole the show. Jacob took us on a walk through his career and offered advice to people who wanted to be a Broadway star. Have a back-up plan and a good support system because it is a tough business.

After dinner in the Triton’s Restaurant we attended the game show Feud, a similar version to the TV game show Family Feud. That was followed by a comedian by the name of Don Friesen from Southern California. Don captures the irony of parenting, marriage and everyday absurdities. He had some clever routines and the audience seemed to enjoy his performance.

Every night when we return to our cabin we find an animal on our bed made from a blanket and towels along with Ghirardelli Chocolate squares. On this night there was a penguin reading the daily program.