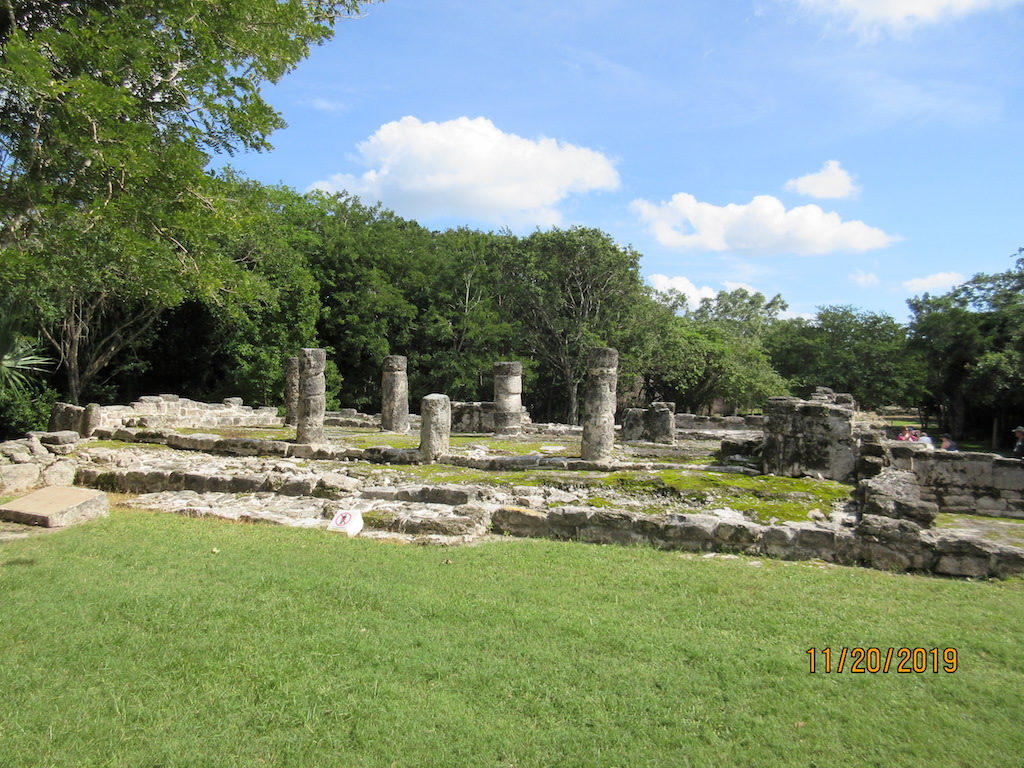 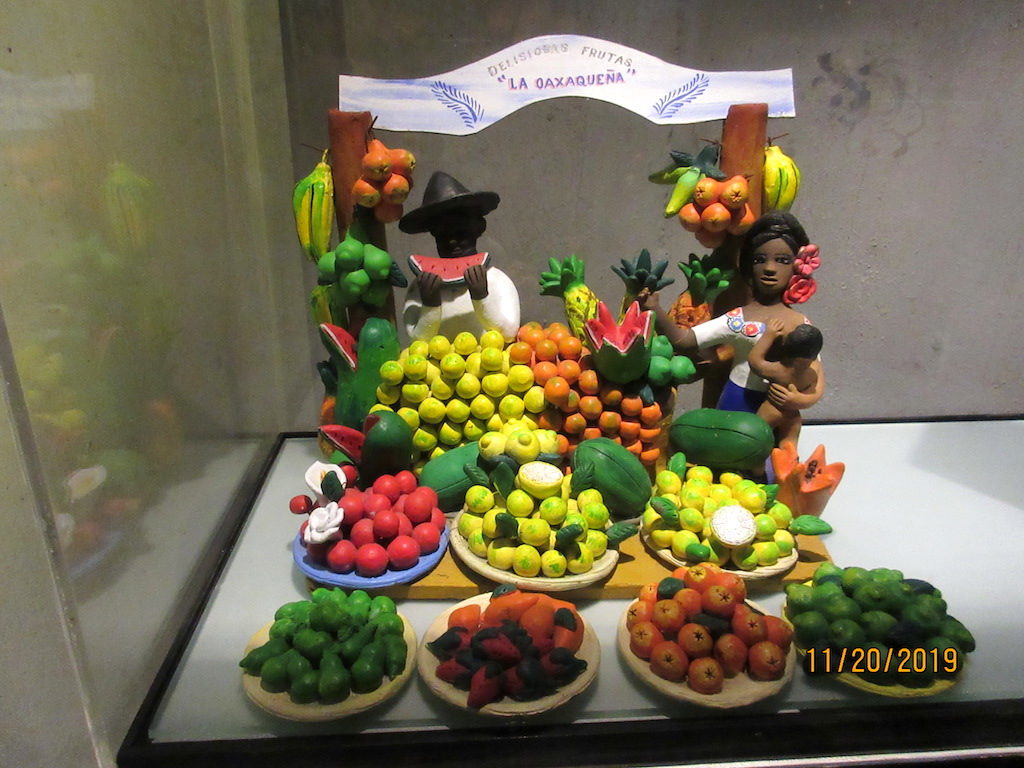 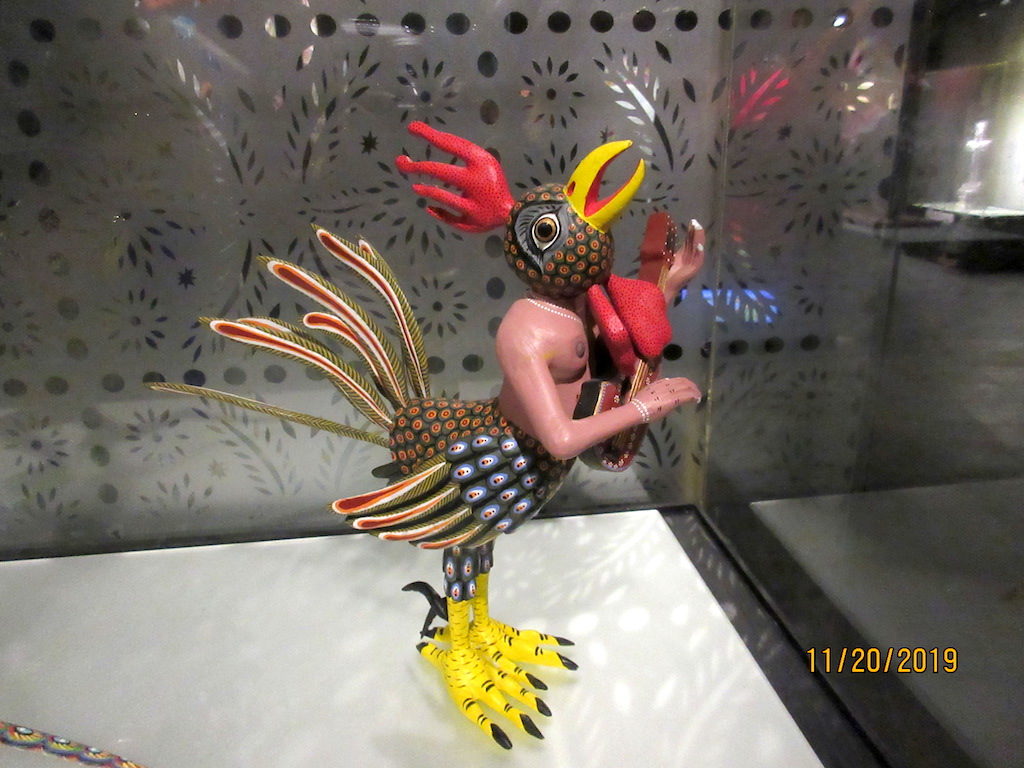 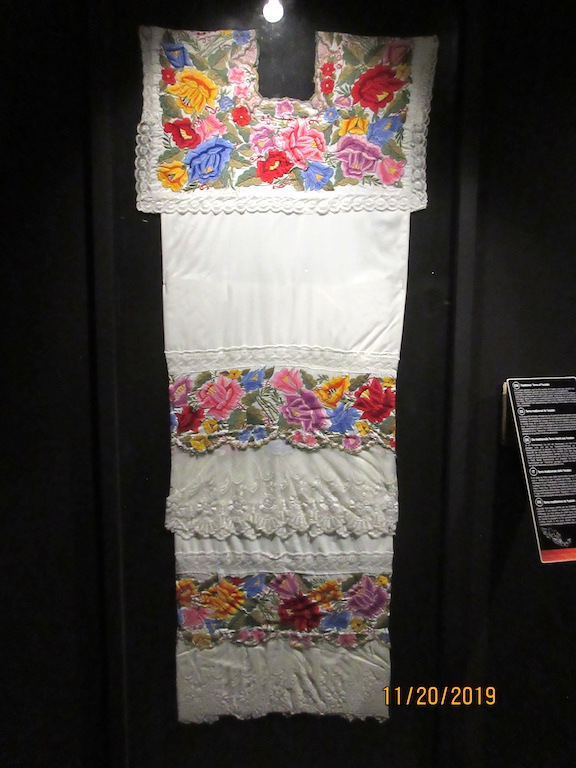 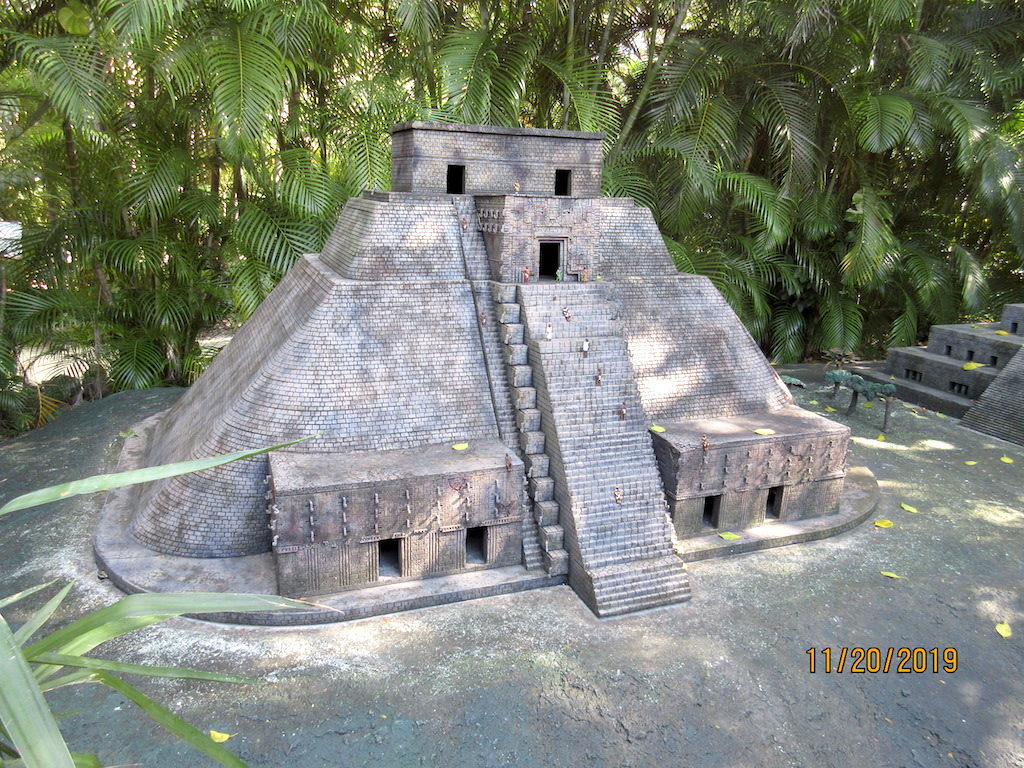 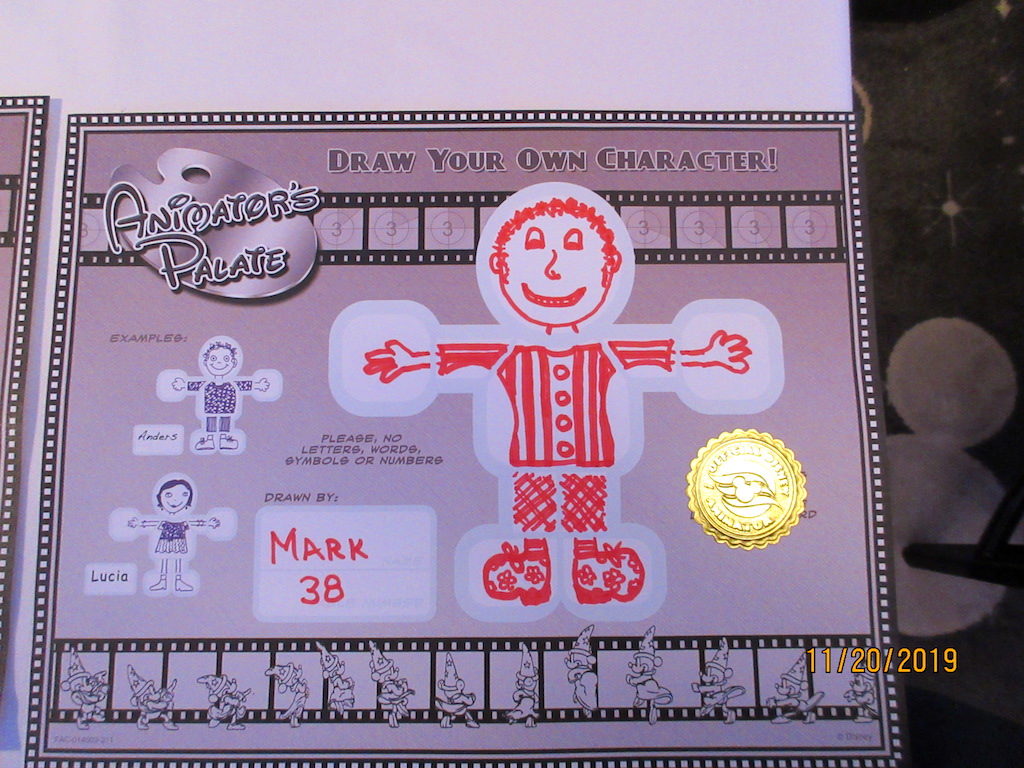 Cozumel, with a population of about 65,000, is an island 11 miles off the coast of mainland Mexico and 50 miles south of Cancun. The island is approximately 33 miles long and 11 miles wide. The Mayans have lived on Cozumel island since 300 AD, and are most noted for their complex systems of mathematics and astrology. Cozumel is an extremely popular destination for cruise ships with about 35 ships arriving per week for a six-month period of winter. The powdery white sand beaches, crystal clear waters and protected environments for snorkeling and scuba diving keep guests coming back again and again. In summer the heat, mosquitos and high humidity keep most of the guests away.

We took a shore excursion to see the highlights of Cozumel. First, we drove into the interior of the island where most of the land has been overgrown with vegetation like a jungle. There we visited the ruins of an old Maya Cultural center called San Gervasio dating back to the Early Classic period from 300 – 400 AD. The ruins had been covered by the jungle until they were discovered and opened to the public in 1982. Even today, only about 20% of the known ruins have been uncovered and are open to the public. Here we saw many remnants from homes and gathering places of the time.

Our next stop was at the Museum of Mexican Traditional Arts. Here we saw many local arts like paintings, pottery, needlepoint, embroidery and sculpture. Much of the Mexican art is very colorful and brings a smile to your face.

Outside of the Museum in the gardens there were many scale models of ancient Mayan temples and pyramid-like structures made of stone. Also, outside in the garden was a local dance demonstration performed on a tall pole. The pole has four ropes hanging from the top with four men hanging upside down from each rope and playing a wooden flute instrument as they “flew” around the pole.

In the museum garden a Mexican lunch was prepared for us including beef and pork soft tacos, refried beans, cheese quesadillas, chips, guacamole and salsa and of all thing’s French fries.

The Mayan Cacao Company or Chocolate Museum and factory was our next stop. At the museum we learned how they grow the cacao plants, pick the fruit, harvest the beans, dry the beans, roast the beans and finally grind and make the chocolate. In the early days of chocolate it was consumed as a drink. They used allspice, cinnamon and honey to flavor the otherwise bitter cacao beans. Sugar could be added to sweeten it. We had samples of the roughly ground chocolate, hot chocolate and finally the chocolate bars they sell in the gift shop.

Back onboard the Wonder we attended the Crew Talent Show. The show was filled with crew members from all over the ship who sang, hip-hop danced, tapped, painted and showed photographs. Some of them are very talented and it was one of the better crew talent shows we have ever seen.

For dinner in the Animator’s Palate dining room we all created our own animated characters. They gave each of us a sheet of paper with pre-printed blocks for each part of our characters body. You used colored markers to draw whatever character you wanted. They then scanned the sheets into a computer program that animated the characters and showed them on the screens all over the room. It was a very unique and interesting experience to see your drawing come to life.

After dinner in the main theater Heidi Blickenstaff performed for an hour or so. This performance of hers was mostly non-Disney songs. She is quite a talker and had many tales to tell about her life and career which was fun. She is so down to earth and her singing is so beautiful and looks so effortless.