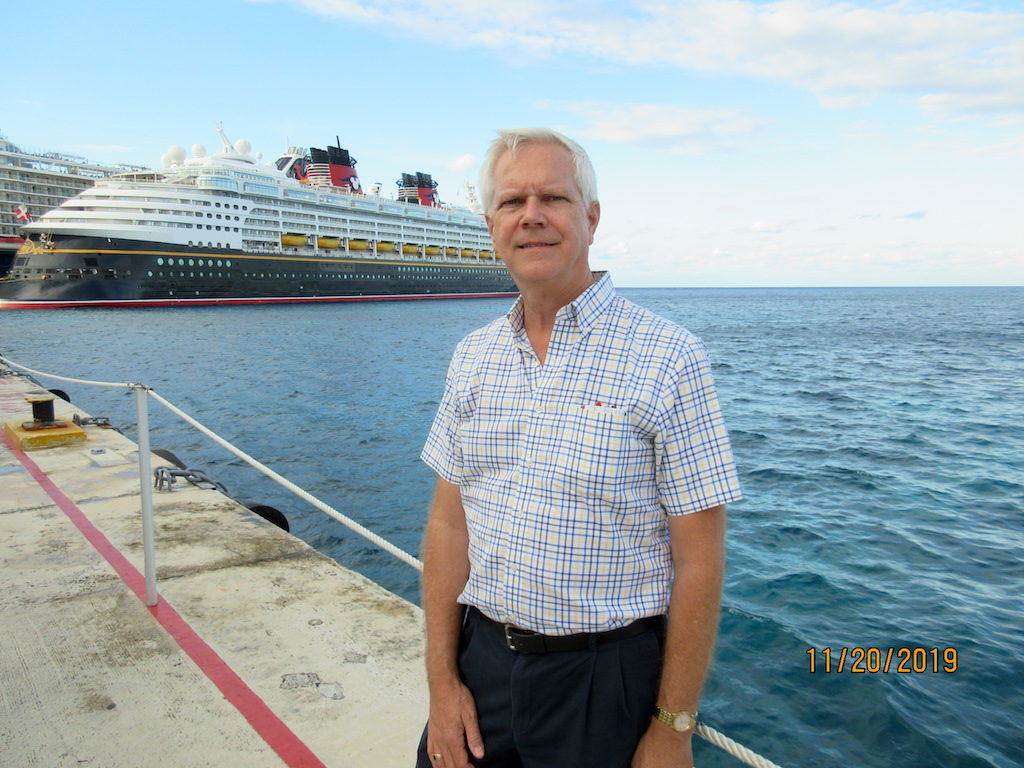 Mark in front of the Wonder 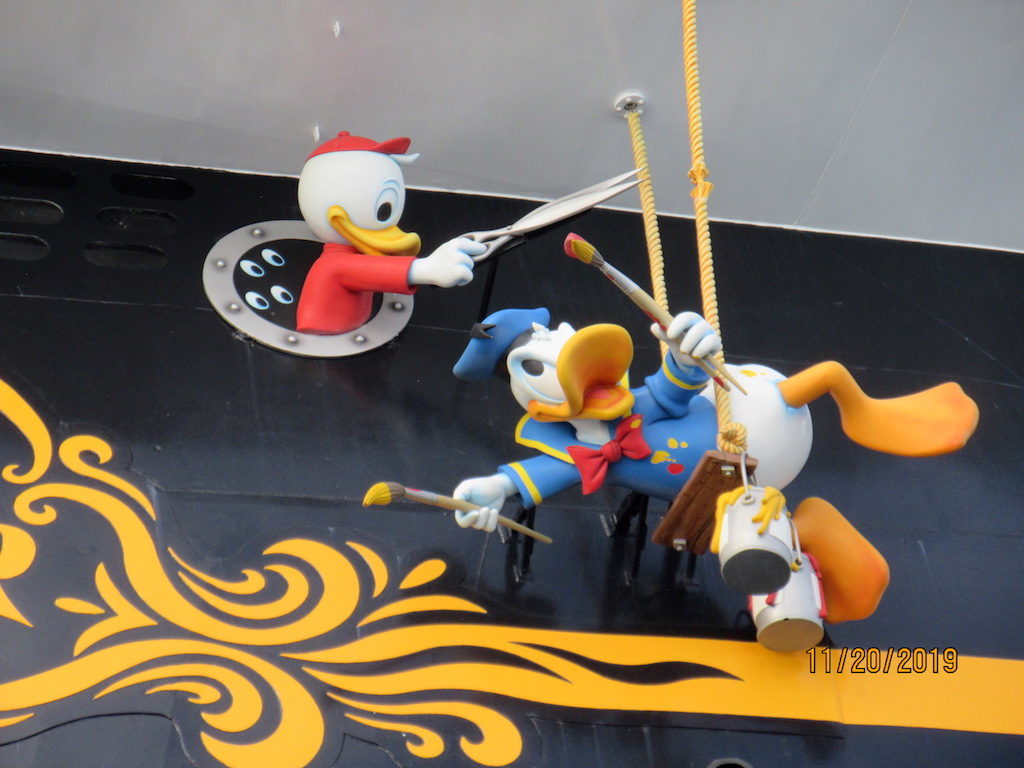 The Rear of the Disney Wonder with Donald

This was our last day onboard the Disney Wonder and it was a sea day as we made our way to Galveston, Texas. Our first event of the day was the movie Aladdin in 3D from 2019. We had not seen it before and since we had the opportunity we thought we should take advantage of it.

After the movie we enjoyed lunch at Triton’s Restaurant with our new friends April, Jeremy and Jonathan.

In the afternoon we began our packing as we watched the original movie Frozen on the cabin TV. This was in anticipation of the screening of Frozen II which was scheduled to be released the following day. The ship was given permission to show the movie at 11:00pm prior to the official release on land at midnight.

The evening’s entertainment was a production show by the Wonder cast of singers and dancers called Disney Dreams: An Enchanted Classic. The show started with a mother tucking her daughter into bed and the following dreams that the daughter has with many of the Disney Characters. Each scene was a snippet from a Disney movie like Beauty and the Beast, Cinderella, Peter Pan, Aladdin and more. The audience was packed and everyone cheered when their favorite character appeared.

At dinner in Tianna’s Place they had a New Orleans style Mardi Gras party with music, dancing and colored beads. For dessert they served beignets to everyone which are famous in New Orleans and are similar to donuts. They were served with an espresso sauce.

After dinner there was a final meet and greet called “Til We Meet Again” with some of the Disney characters in the lobby atrium. Since most of the folks were waiting in line for the screening of the movie Frozen II, very few folks were in the lobby for the meet and greet. Mark took advantage of the opportunity and had his photo taken with Mickey, Minnie, Donald, Daisy, Goofy and Pluto.

The Frozen II movie was screened in 3D in one theater and a regular screening in the main Walt Disney Theater. Both theaters were nearly filled to capacity with adults and children of all ages wanting to see the movie. The movie was beautifully done but the songs did not seem as catchy as in the first movie. We’ll have to see how it does at the box office and what songs might become famous from this movie.