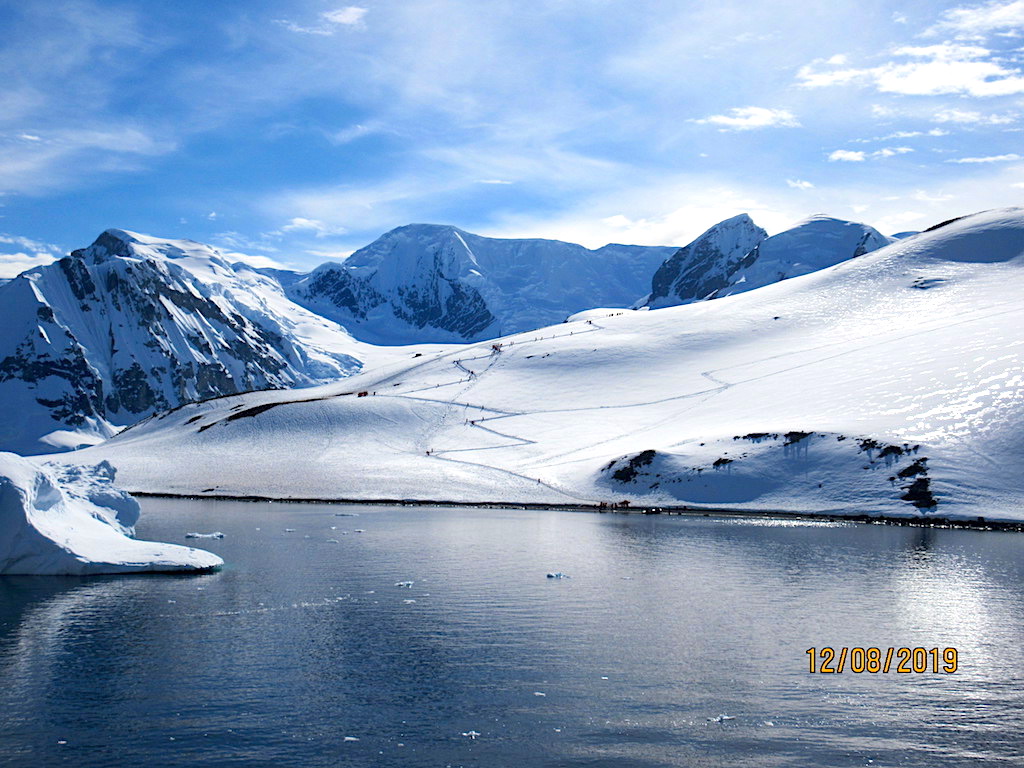 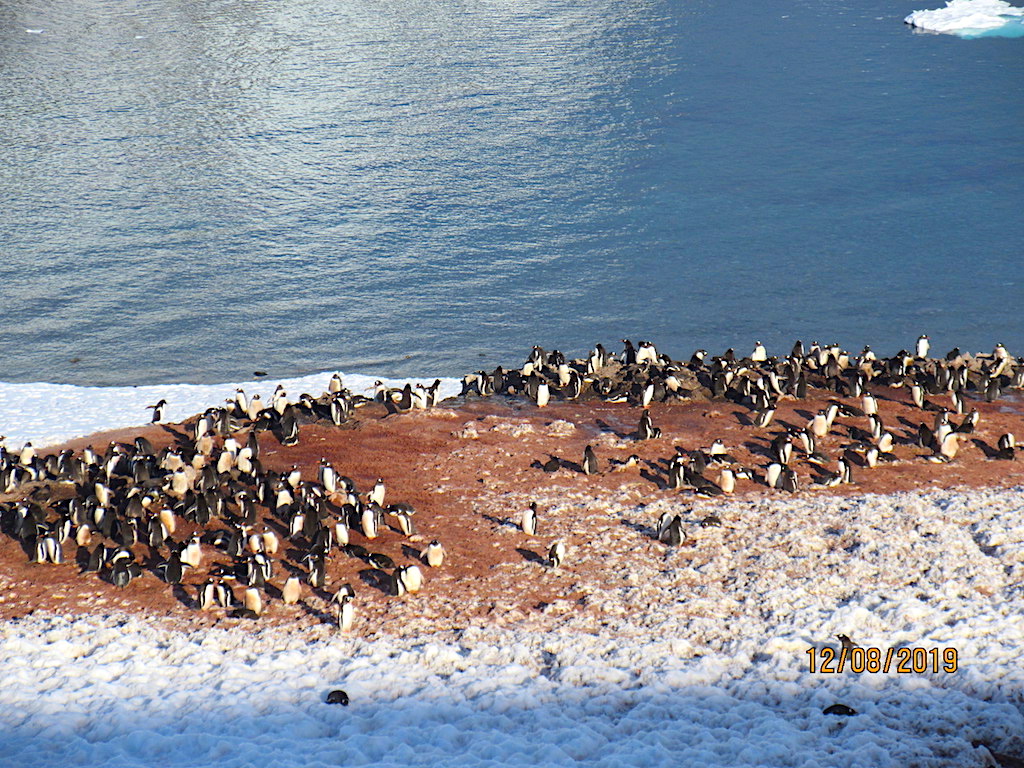 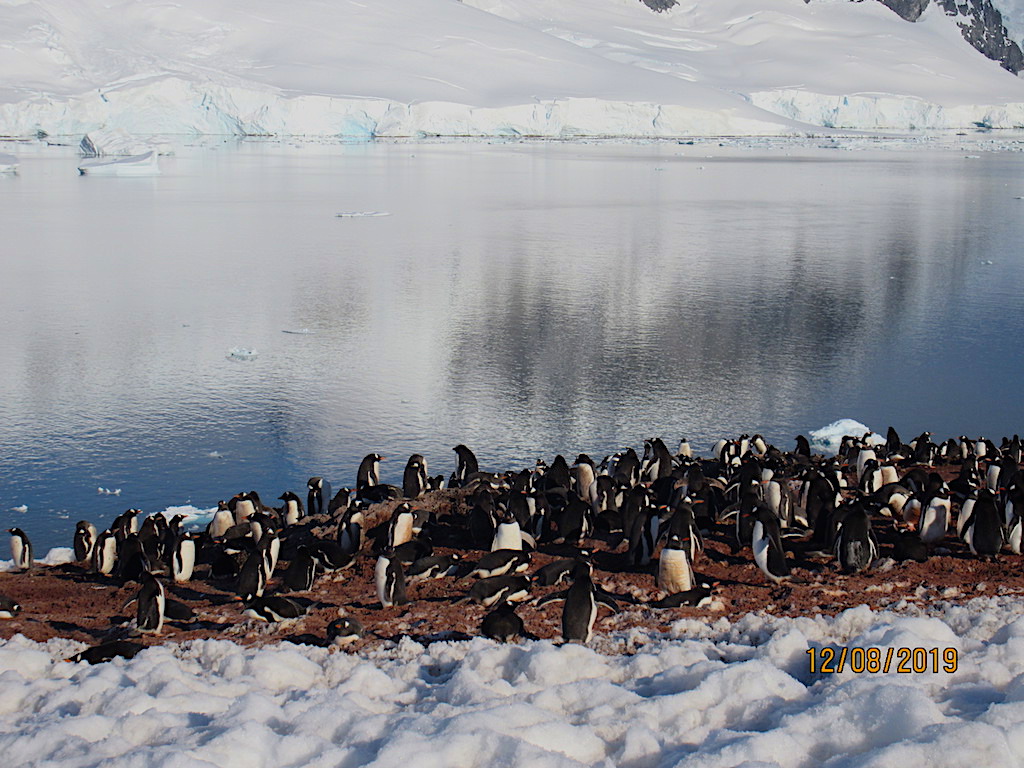 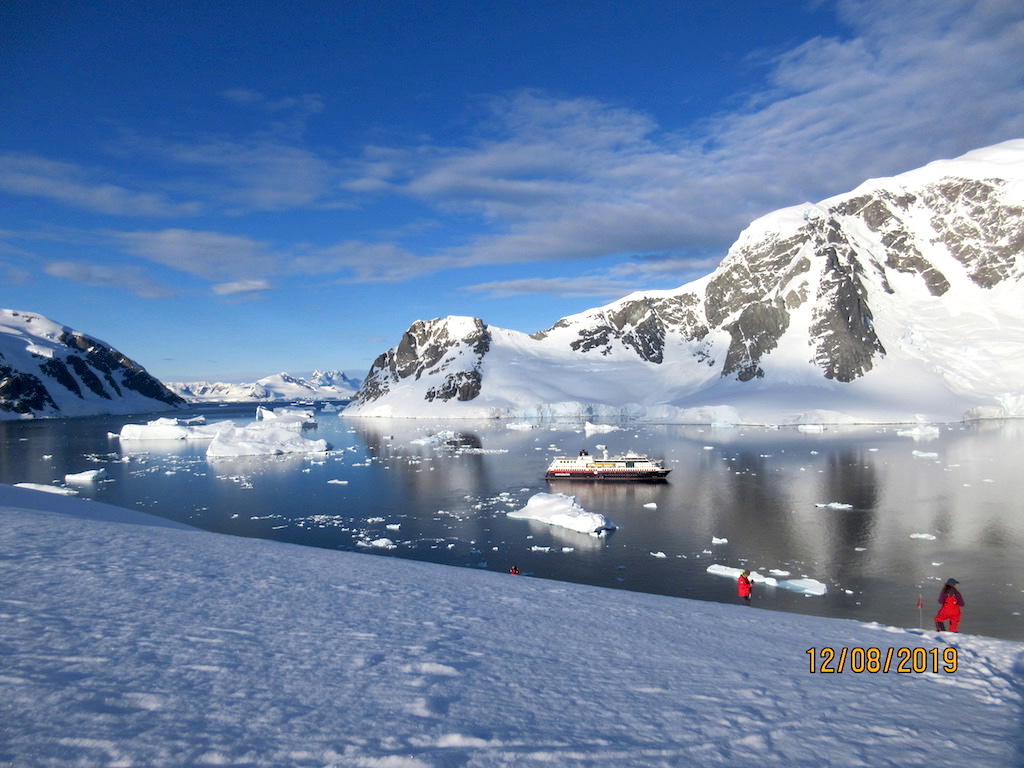 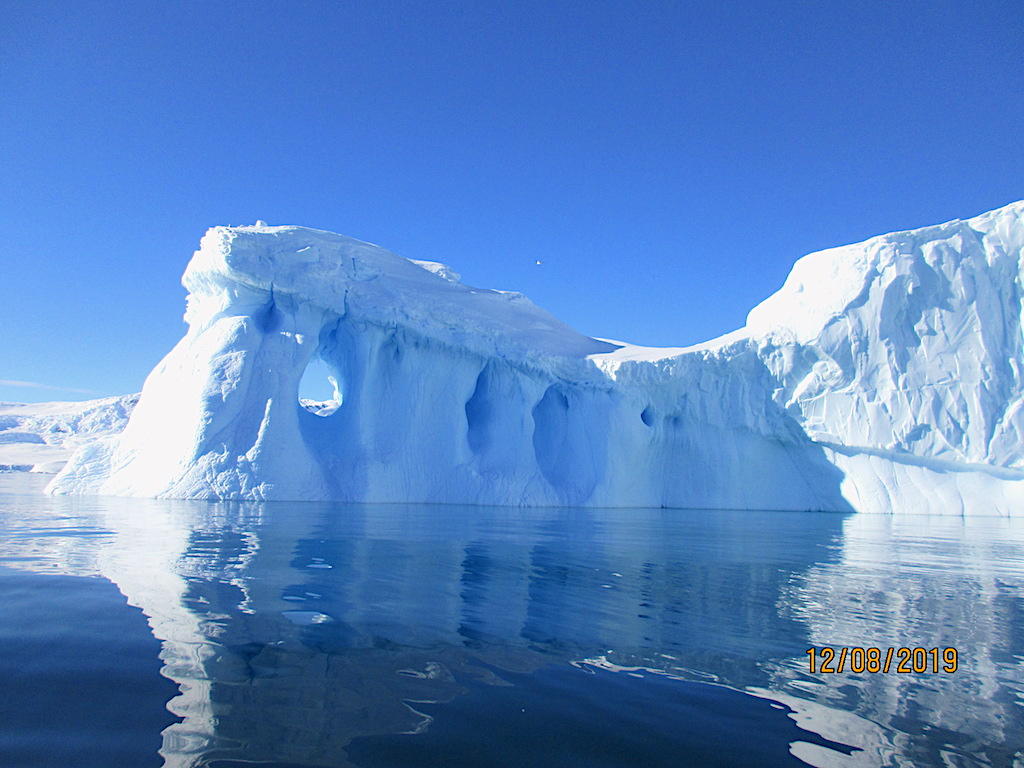 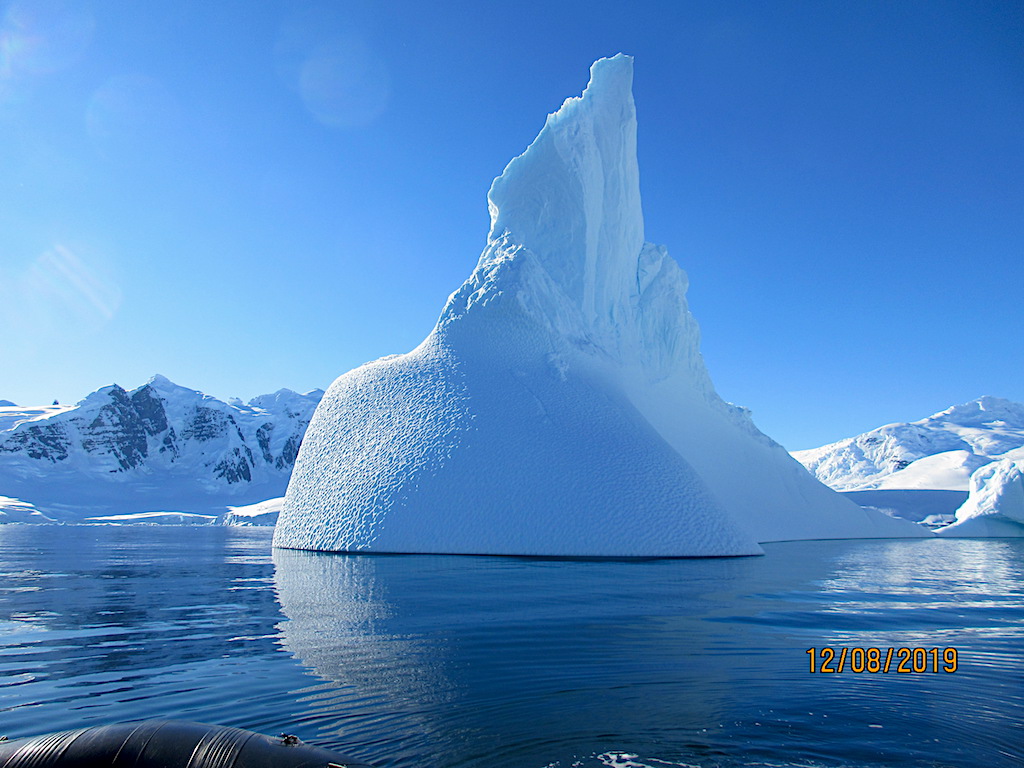 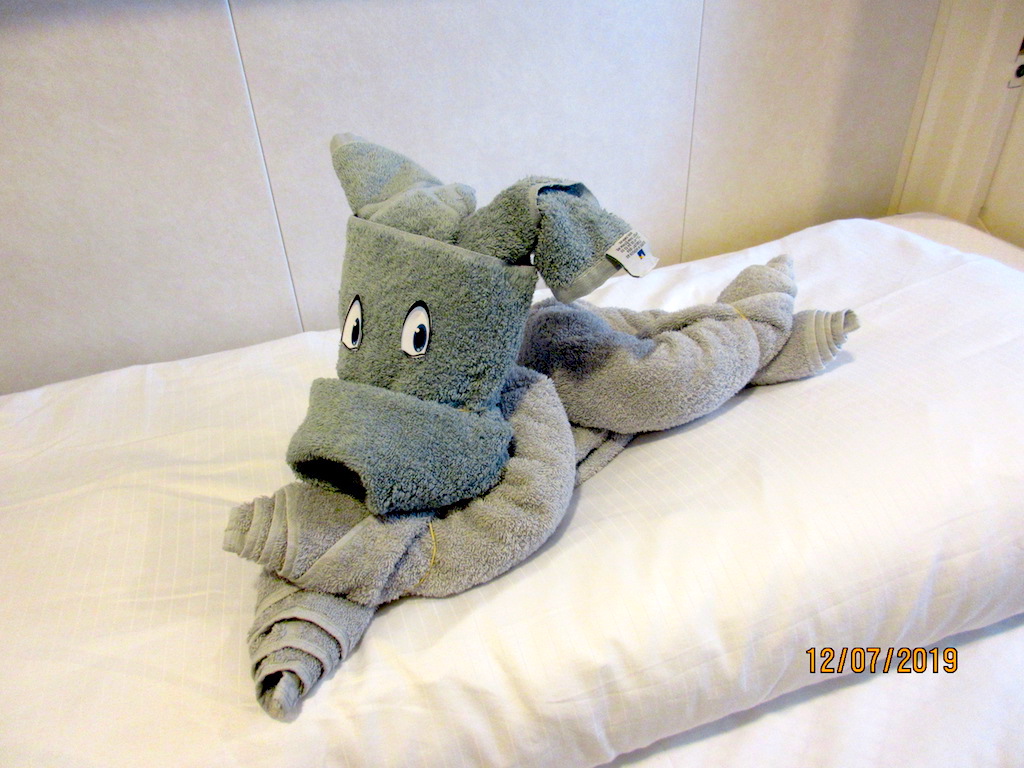 We arrived about 5:00am at Danco Island this morning. This island was charted by a Belgian Antarctic Expedition under Adrien de Gerlache in 1897-1899. Danco Island was the site of a British research station from 1956 to 1959 with the intention of researching the geology. The main hut was removed in 2004.

Our tender boat took us ashore at 6:00am with beautiful clear skies and sunshine. Our landing spot is home to several penguin rookeries. The penguins were busy moving rocks, building nests, mating and just hanging out. Many of the penguins had already hatched their eggs which are about twice the size of a chicken’s eggs. Once in a while we would come across an eggshell which was broken, probably picked up by a predator bird.

There are about 15 vessels sailing in an area of about 35-mile radius but you would not know that anyone else was in the area. The sites where we stop are reserved by each cruise company about six months in advance and as the date draws closer and depending on the weather conditions they are changed or confirmed. This assures that two ships are not competing for space at any one site at any given time. The area is quite small because as you travel farther south the ice and ice flows prohibit you continuing. There are a few ice breaker ships that can cut through ice that is up to a yard thick, but these ships are booked long in advance and can only travel into the arctic circle a short time during the year.

We attended a lecture on the geology and ice of Antarctica, where the lecturer said the journey is not all about the penguins. We learned about how Antarctica is one and a half times the size of the United States. We also learned about how the land masses of the world have changed constantly over millions of years and how Antarctica was once a jungle. This has been confirmed by fossils found on the continent.

Our cabin steward cleans our cabin once each morning about 8:00am. On this morning he left two towel animals for us on the beds. After the cabin stewards are done cleaning rooms they have additional duties like assisting guests disembarking the ship at the tender pit or working in the dining room.

In the early afternoon the ship moved positions to the beautiful and picturesque Chiriguano Bay. Here we explored the area with cruising the bay on the tender boats. The floating ice is like a sculpture garden with all types of shapes and sizes of sculptures. Some have birds or penguins on them while others remind you of animals or architectural buildings. We even saw several Humpback Whales as they meandered the area spouting and waving their tails.