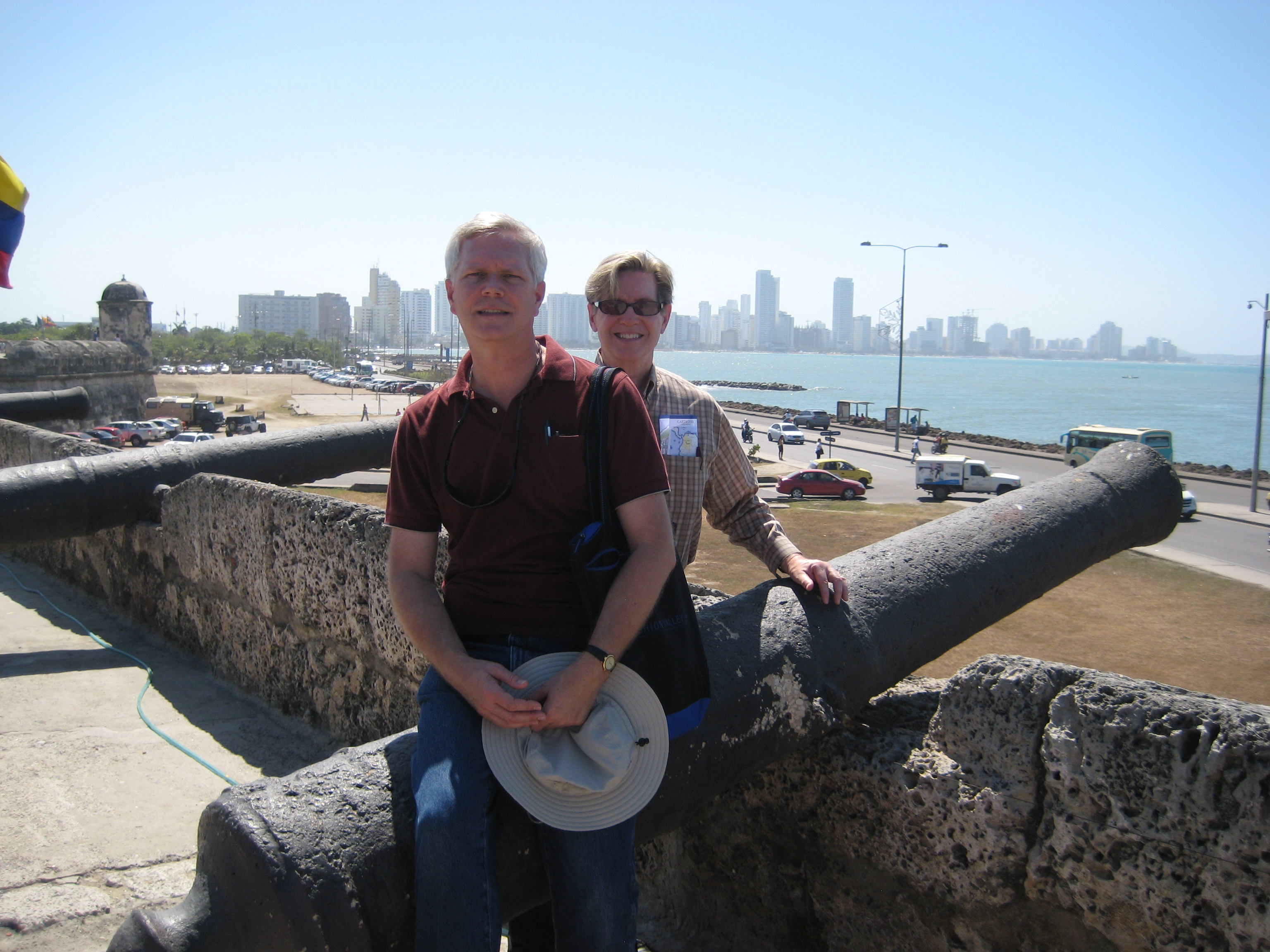 Founded in 1533, Cartagena de Indias gained fame after the mid-16th century when great fleets stopped annually to take on gold and other products of northern South America for convoy to Spain. The city became a center for the Inquisition and a major slave market. In 1811, the province declared its independence from Spain and years of fighting followed. After falling into Spanish hands from 1815 to 1821, the city was recaptured by patriot forces. In the early national period, Cartagena continued as Columbia’s leading port, but it was handicapped by inadequate connections to the interior of the country. By the 1840’s it had declined in population and commerce. In the 20th century it experienced renewed growth and is now Columbia’s fifth largest city. The most significant factor in Cartagena’s revitalization was the opening of the petroleum fields in the Rio Magdalena Valley after 1917. Today Cartagena is a sprawling city of 850,000 inhabitants, a bustling  maritime and industrial center.

We shared a taxi into the old walled city with new found friends Patrick and Stephen from Boston. The old walled city is very pedestrian friendly with narrow cobblestone streets. Most of the buildings are two stories with large narrow wooden balconies protruding out over the sidewalks reminiscent of those found in New Orleans. The roofs of the buildings are mostly red clay tile and have a very Spanish look to them.

We visited the Palacio de la Inquisicion, which included quite a collection of torture mechanisms from body stretchers to head choppers.  They also had a unique art exhibition, which included such things as a depiction of the lords supper with Jesus depicted as a woman.  In Spanish, Kent negotiated our entrance under the children’s price, rather than the adult price.  We saved a few Columbian pesos!

The walled city is filled with small shops and restaurants and many street vendors wanting to sell you Panama hats, cups of fresh fruits, Cuban cigars and souvenirs. We walked a portion of the top of the wall surrounding the old town, which gives you a terrific view out over the ocean as well as having a great view of the high rise buildings of the new town. The new portion of town is built on a peninsula with a beach on one side and high-rise building of housing and businesses on the other side.

Back on board the ship we attended a lecture on what we would see as we transit the Panama Canal tomorrow. Tonight’s entertainment is a couple of gentlemen from Germany who put on a show titled “Pianotainment” which includes a variety or dual piano playing. Not only do they play the piano with their hands, but they also used such things as rubber balls. It was very entertaining and they were excellent pianist.