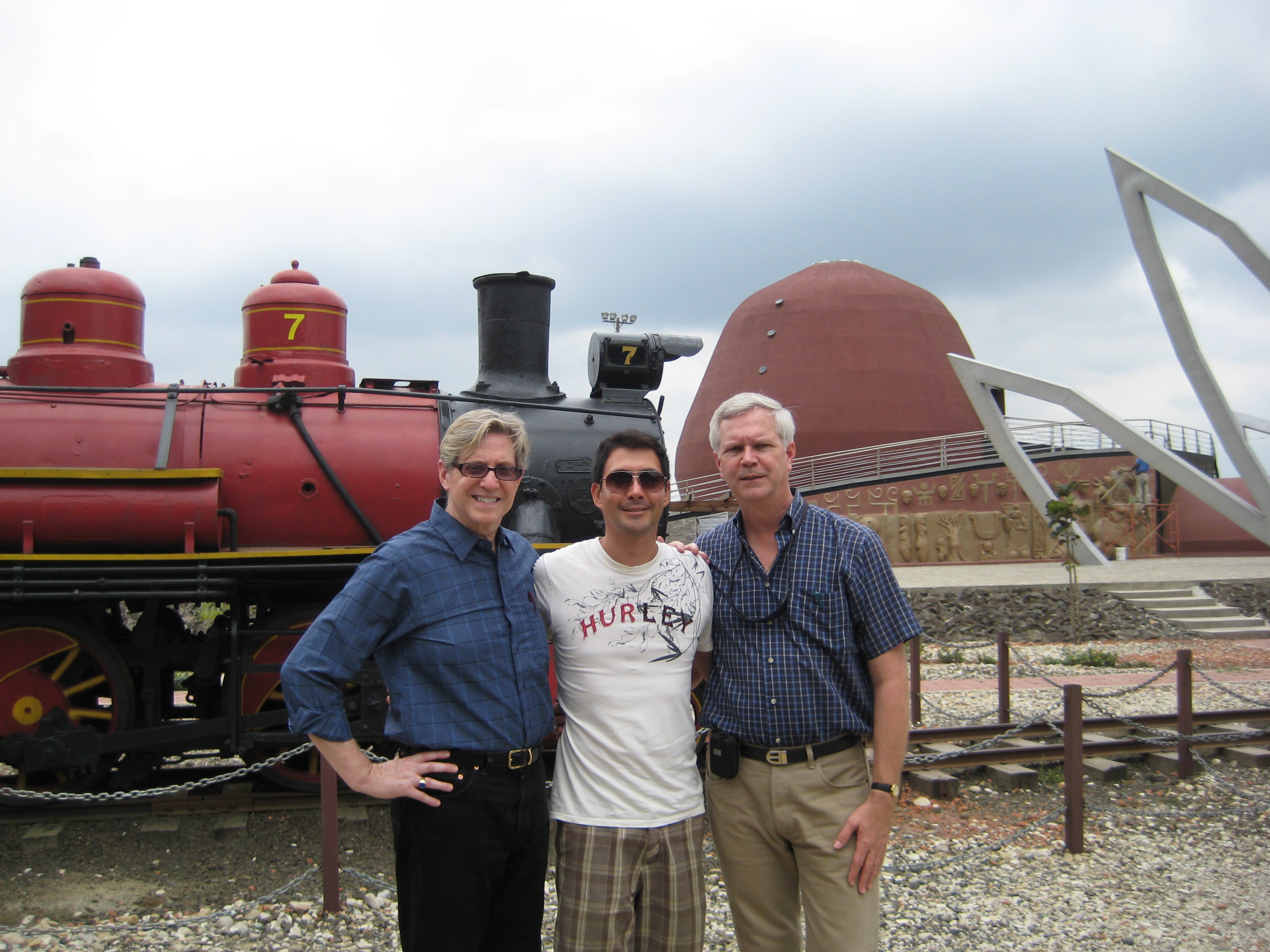 Manta is an important port for fishing and tuna processing. The harbor is filled with large tuna fishing vessels. We were docked next to one that had just returned from a couple of months at sea catching tuna. The vessel had caught and froze at sea over 16,000 pounds of tuna. Our ships captain exchanged a few pizzas for some tuna fresh from the ocean.

Manta has existed since pre-Columbian times and is the fifth largest city in Ecuador with a population of 225,000 inhabitants. Once a small trading port for the Mantas and the Incans, today it has a booming economy in tuna fishing, tourism and chemical products ranging from cleaning supplies to oils and margarine. Manta is also known throughout Ecuador for its superb seafood and unique variations of preparations. In 1735, Charles Marie de la Condamin landed in Manta leading the French expedition to measure the location of the equator.

The town of Manta has been used by the U.S. Air Force in conjunction with Ecuador for supporting anti-narcotics military operations and for carrying out surveillance flights in a strategic warfare program against Columbian drug trafficking cartels. It also serves as a geographical lookout point for the United States for any war craft headed north from the Middle East and Asia. A regular stop for US Navy warships, Manta proves to be of importance for its location and for the respite it offers the military with its beauty and pristine wilderness.

We and our friends, Patrick and Stephen, were picked up at the port by Andre Pilco, an international student that we had mentored at San Diego State University in 2006. Andre’s family owns a salt mine in the town of Salinas about a three hour drive south of Manta. Andre drove us to a nearby town of Montecristi, now famous throughout the world for weaving the original and official Panama hat. With a population of 15,000 this small town still creates the finest straw hats in the world out of the fronds of the Toquilla Palm. Other parts of the world have attempted to grow this variety of palm but have not been successful in replicating the fine quality of fronds that are grown in this region of the world. Many small hat shops line the streets where you can see people weaving and selling these famous hats. Also very popular are brightly colored hammocks for relaxing under a tree in the heat of the afternoon sun. This region still closes for several hours in the afternoon for lunch and a nap before returning to work.

There is a small town square with a beautiful Catholic church in town. Atop the hill overlooking the city with views of the coastline stands a recently constructed convention center. The center includes a museum and mausoleum to Jose Eloy Alfaro Delgado who was president of the country from 1895 to 1912 and was born in the town of Montecristi. Alfaro was a champion of liberalism. He stripped the church of power, legalized marriage and divorce and established freedom of speech and religion. In 1912 he was murdered and burned by a conservative mob in the town of Quito. The locals seem to be proud of the liberal ideas for Alfaro and have created a beautiful museum and large mausoleum in his honor.

We then headed back to Manta to a small beach side restaurant where we had a delicious Ecuadorean lunch:  ceviche, seafood stew with pureed plantains and peanuts for the gravy, rice with a variety of seafood and thinly sliced and baked plantains. Blended fresh fruit juice drinks with a bit of sugar and water are everywhere. Everyone enjoyed the lunch and it was great to catch up with Andre.

Onboard ship we enjoyed another dinner in the dining room followed by a wonderful performance by violinist Alwyn Wright. She can play most any style of music on the violin and she did it effortlessly. She was accompanied by the ship’s orchestra when she was not performing solo. Alwyn is from Los Angeles and has performed at David Foster’s wedding, Barbra Streisand’s party, Josh Groban’s tour and Paul McCartney’s latest album.