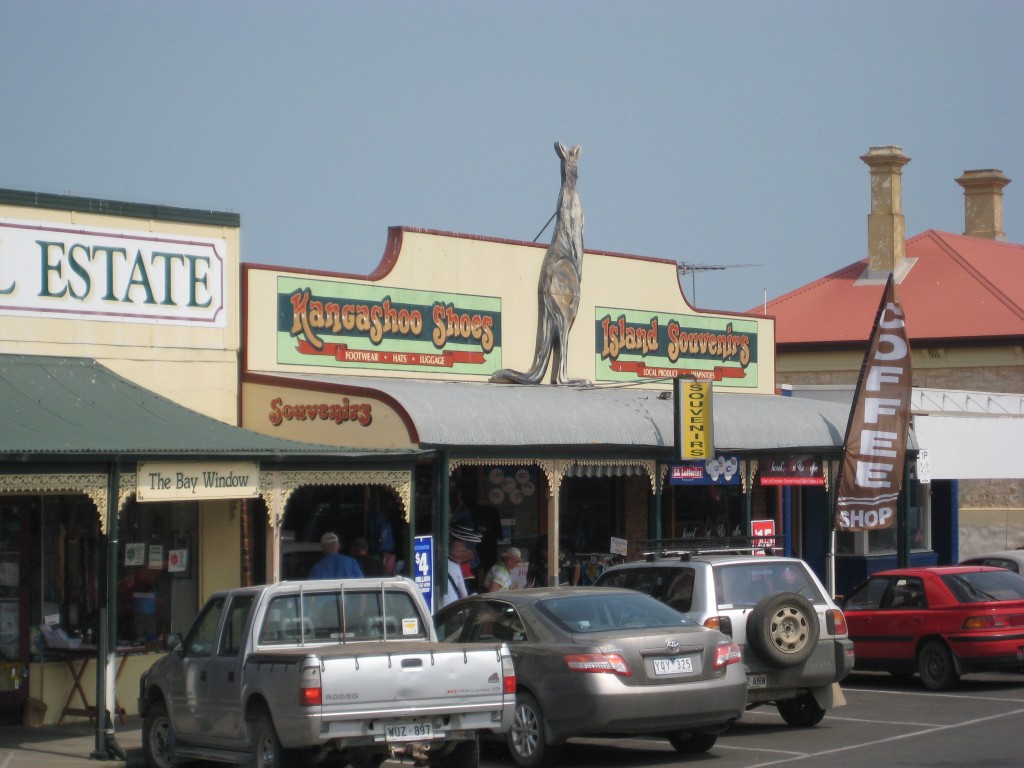 Penneshaw is a small picturesque country town located on the eastern end of Kangaroo Island with a population of less than 2,000 people. The island is located about nine miles from mainland Australia near the city of Adelaide. Kangaroo Island is Australia’s third largest island after Tasmania and Melville. The island is almost the same size as Long Island, New York. Most people arrive via Ferry from the mainland, which is only a 45-minute ride. 30% of the island is protected Australian National Parkland. The island has a large population of Kangaroo, sea lions, wombats, birds, koala, sheep and penguins.

We stopped at the local pizza and coffee shop for coffee, where we also used the Internet wi-fi. The walk around the town’s hand full of shops was short and uneventful. We then took a shuttle bus from the small town of Penneshaw to the larger town of Kingscote for a look around. Kingscote is the largest town on the island but still small. The town has several small motels, bakeries, a market, hardware store, a few art galleries and souvenir shops. We stopped at the bakery for meat pies and sausage rolls for lunch, which we ate along the water’s edge. We wandered the small town’s shops before shuttling back to the town of Penneshaw and the ship. All aboard today is 4:30 so we did not have too much time but it was sufficient for what there was to see.

The entertainment this night was a young 24-year-old pianist by the name of David Schofield. David grew up in Manchester, England where he learned to play the piano before being shipped to Chicago where he studied piano for the next nine years. When David was only nineteen-years-old he won a music competition at Carnegie Hall and since then he has been performing all over the world at concert halls and aboard cruise ships. He gave a very entertaining concert with a wide range of music choices.