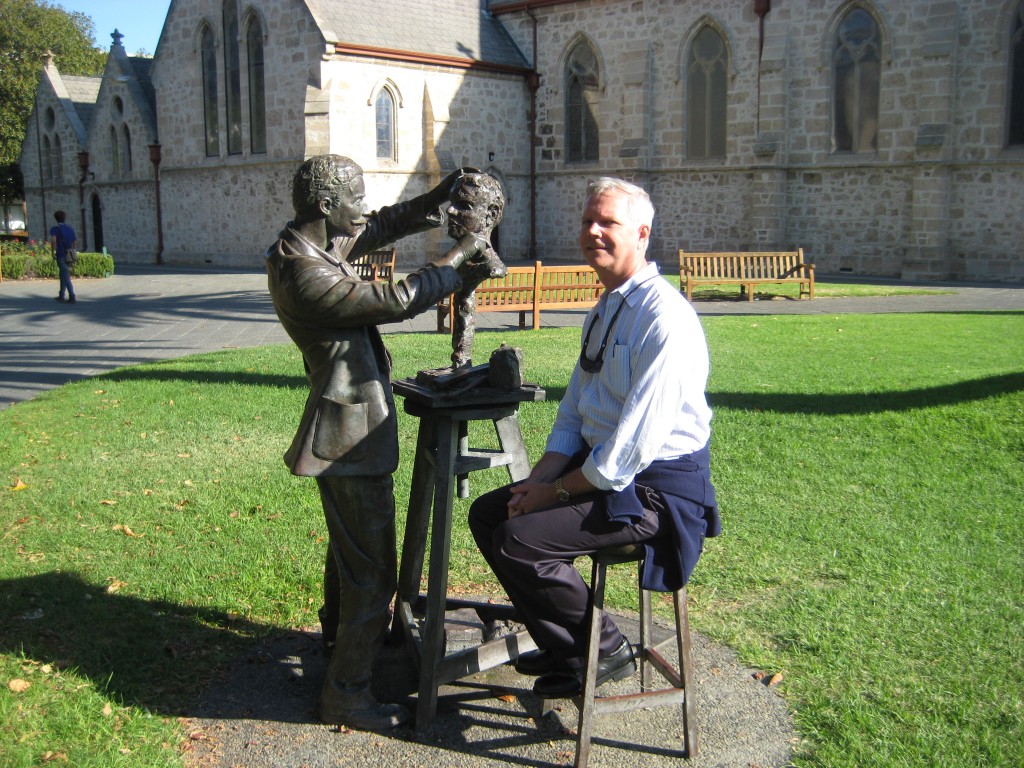 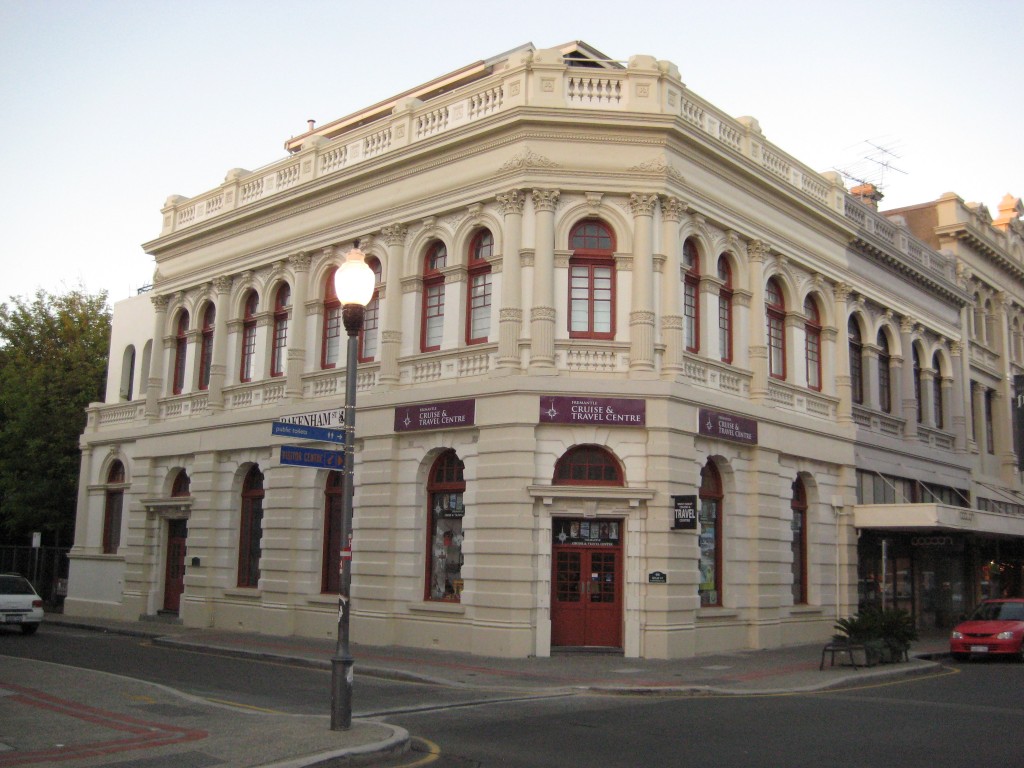 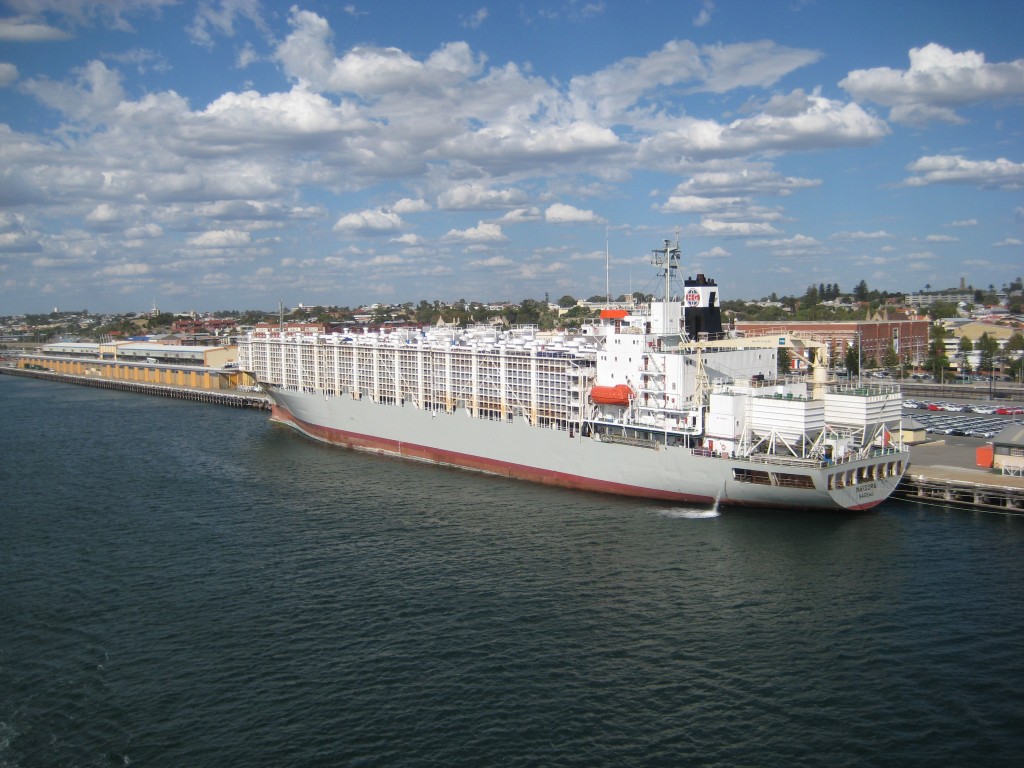 Included with our travel package were four shore excursions, one of which we took on this day. The tour included two wineries in the Swan Valley. Our tour left from the port in Fremantle, along the Swan River, through the city of Perth and then into the Swan Valley. The drive to the vineyards was approximately an hour from the port and is near the town of Guildford. Our drive along the Swan River included a drive through millionaire’s row where gorgeous homes along the river’s shores have sold for as much as $56,000,000. We pass through the larger city center of Perth complete with high-rise office towers on the shore of the Swan River. The downtown area is filled with both old and new architecture as well as a large number of public parks and beautifully landscaped public areas.

The Swan Valley grows not only grapes but is a fertile farming region for all sorts of fresh fruits and vegetables. The vineyards have just finished the harvest. The weather was extremely warm with a temperature of about 100 degrees. The first winery we visited was Houghton’s Winery where the first commercial vintage was produced in 1863 and is listed by the National Historic Trust. They have a small tasting room surrounded by lush gardens where we had a taste of a variety of white and red wines that they produce.

Our next stop was the Sandalford’s Caversham Estate, which is one of Western Australia’s largest privately owned wineries. The estate produces 90,000 cases per year, including 11 premium table wines, a port and a dessert wine. We took a short tour of the winery, which was very similar to any winery you might tour in California’s wine regions. The tasting here was a bit unique in that they described the seven wines we would taste and then opened all fresh bottles for the nine of us on the tour to help ourselves. They also provided cheese and crackers and a souvenir wine glass for each of us to take with us.  Kent enjoyed the cheese!

On the drive back to the ship we took a different route back through the town of Perth to get a view of more of the city. Along the way we drove through King’s Park and the Botanic garden, which is approximately 1,000 acres in size. The park offers spectacular views over the city of Perth and the Swan River. It was a short day as the ship sailed for Bali, Indonesia at 4:00pm with the all aboard time of 3:30pm.

The nightly entertainment was a musician and comedian by the name of Steve Stevens. Steve was not only a trumpet player but also a singer and a comedian. After the show the previous night, the show crowd was small but everyone seemed to enjoy the show.

We have been in Australia for almost two weeks now and wanted to summarize our thoughts about our experience. The people everywhere we went were extremely gracious, kind and helpful. The cities we visited were clean, well cared for and we always felt safe. We saw a vast array of different sized cities from the very small to the very large and all had something unique and interesting to offer….many very similar to cities in the USA. All were oriented to the water.  We had not been to most of the southern and western cities so it was great to see a variety of cities around the country.