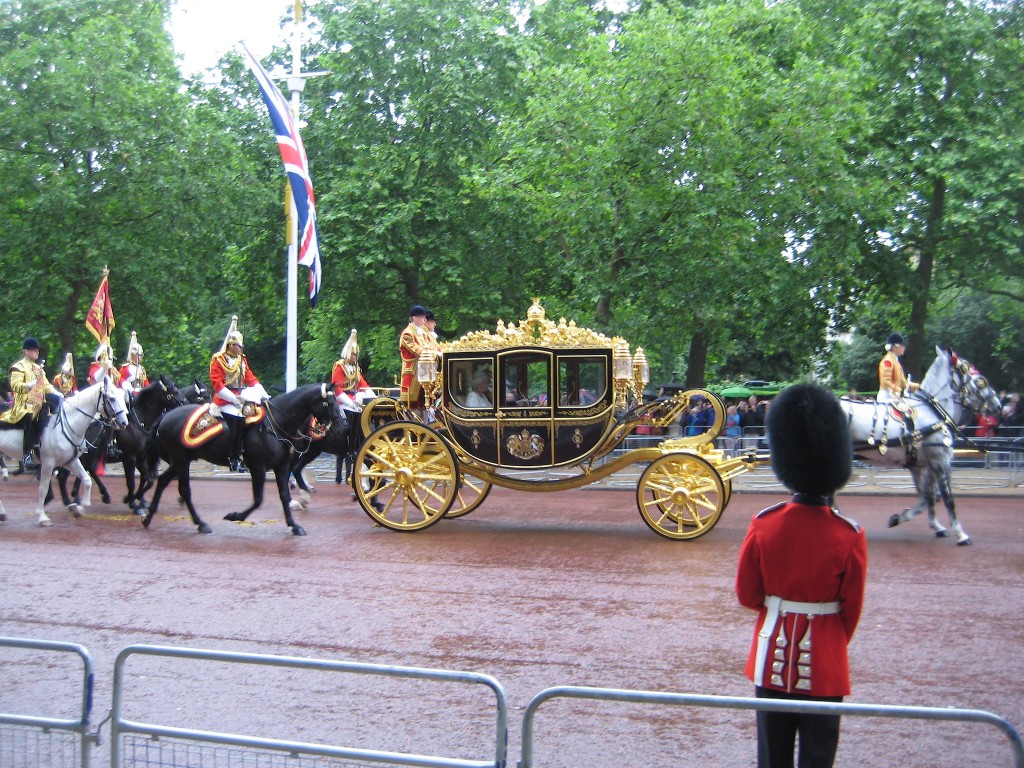 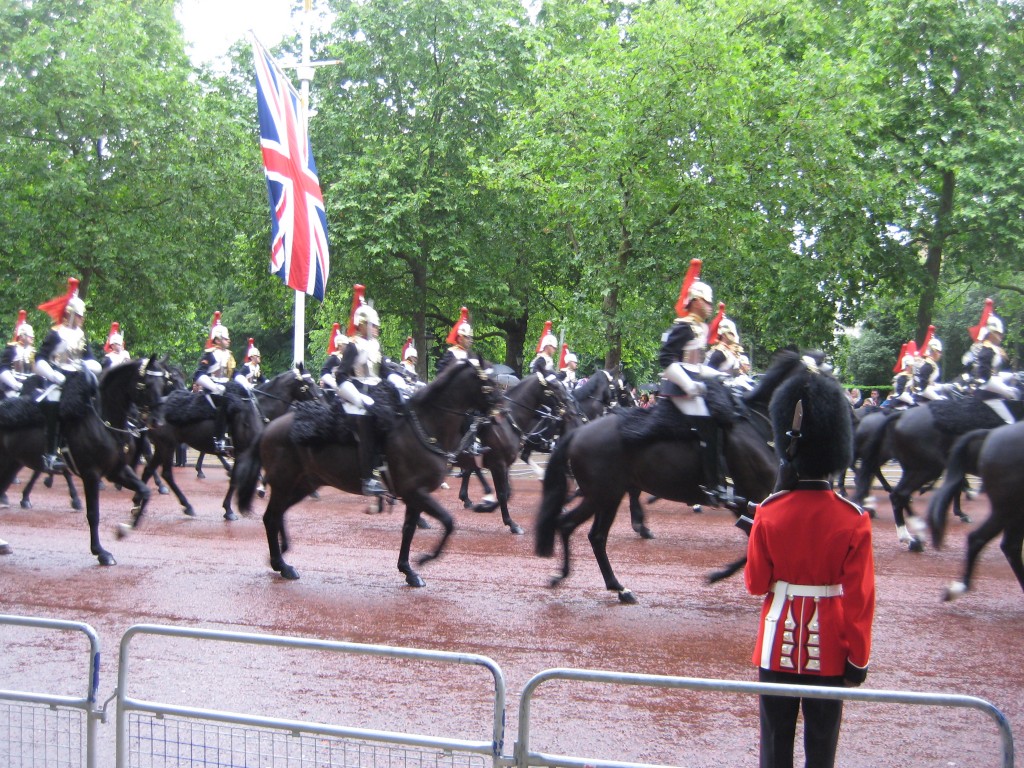 This morning we were greeted at out hotel by a friend Thom who we had met on the Queen Mary cruising from New York, around the British Isles and back to New York in September 2011. Thom and his partner, Tabor, currently live in London although they are Canadians. They have lived in London several times over the past thirty years and so they know the city well. Tabor has a Canadian government position
in London.

Thom had graciously asked if we would be interested in having him show us around London, which we were happy to have him do. Our first stop was outside Buckingham Palace where Queen Elizabeth was making one of her rare public appearances of the year. In grand fashion, complete with a parade including regimen of horses, gilded carriages and Rolls Royce’s, she made her way from the palace to the House of Parliament where the Queen would open Parliament. Although the weather was cool and drizzly, thousands lined the streets to get a glimpse of the Queen in her recently acquired gilded horse drawn carriage in honor of her Diamond Jubilee.

Next we toured the Banqueting House near the Prime Ministers residence that has been the setting for many formal government dinners, parties and ceremonies. The grand hall’s ceiling is comprised of nine oil paintings done by the artist Reubens.

We walked the West End and Covent Garden enjoying the beautiful architecture and great shops. We stopped into the Savoy Hotel for a look at how the rich and famous might enjoy London. Tea at the Savoy will set you back about fifty British Pounds and reservations well in advance are required.

Late afternoon found us picking Tabor up at the Canadian High Commissioners office where he works before heading to Thom and Tabor’s flat for a lovely home cooked meal.