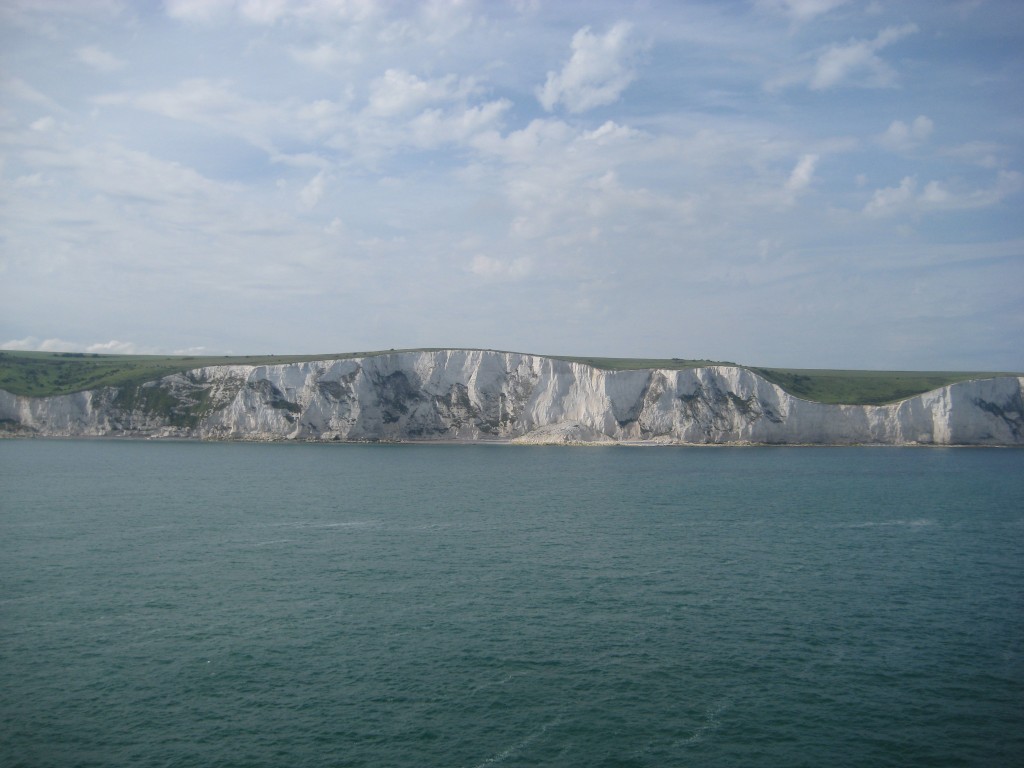 We departed from Victoria Station by train at 8:22am bound for Dover, England where we would board the Holland America Line ship the Ryndam for our cruise of the Norwegian Fjords. When we had booked the train tickets months ago there appeared to be a direct train to Dover but by today that was not the case. We had to take one train most of the way, get off of the train and board a bus for a twenty minute ride to another town. There we were able to catch a second train to take us into Dover where we would need to take a short taxi ride to the port. We arrived at the ship shortly before noon.

We had sailed on the Ryndam in 2002 from San Diego to the Mexican Riviera, but the ship has luckily been renovated and remodeled since then. The cabins have been updated with new bathroom finishes; the cabin has newer carpeting, drapes, and bedding, light fixtures and sofa.

On this voyage we have what they call open seating dining which means that we have no assigned table for dinner but instead can arrive at the dining room for dinner anytime between 5:30 and 9:30 and be seated similar to how you would be seated in any restaurant. On this night we shared a table with three British couples that were all very nice.

The entertainment on this night was a variety show introducing the ships singers and dancers, as well as the different groups of entertainers who perform around the ship in different lounges.