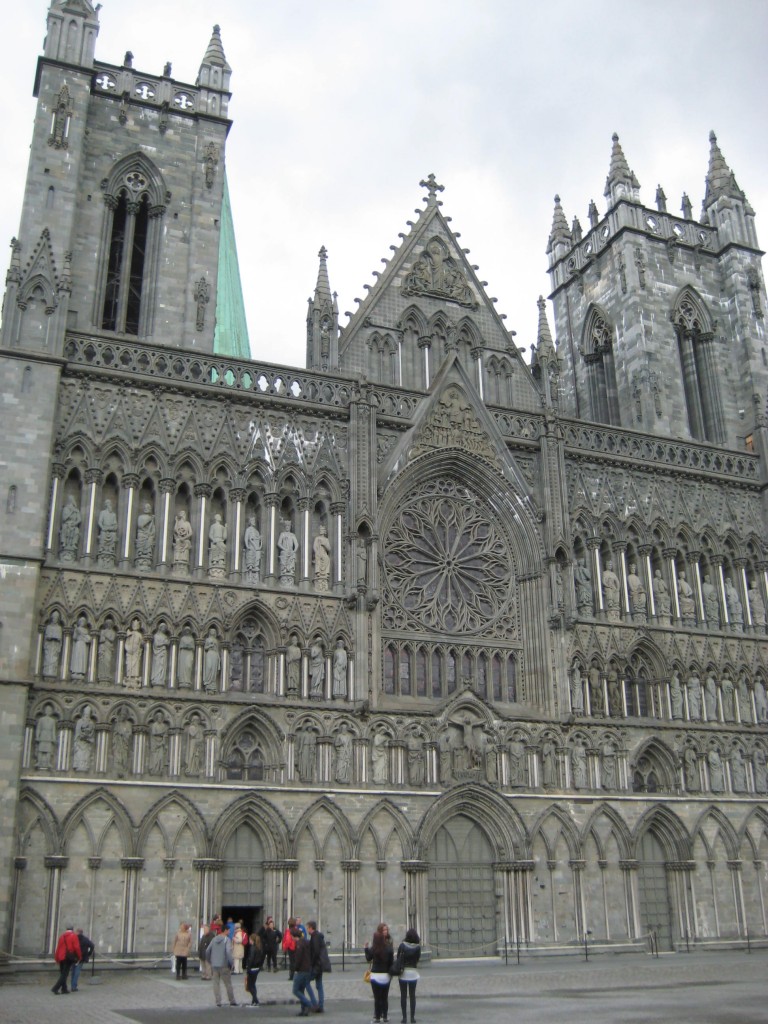 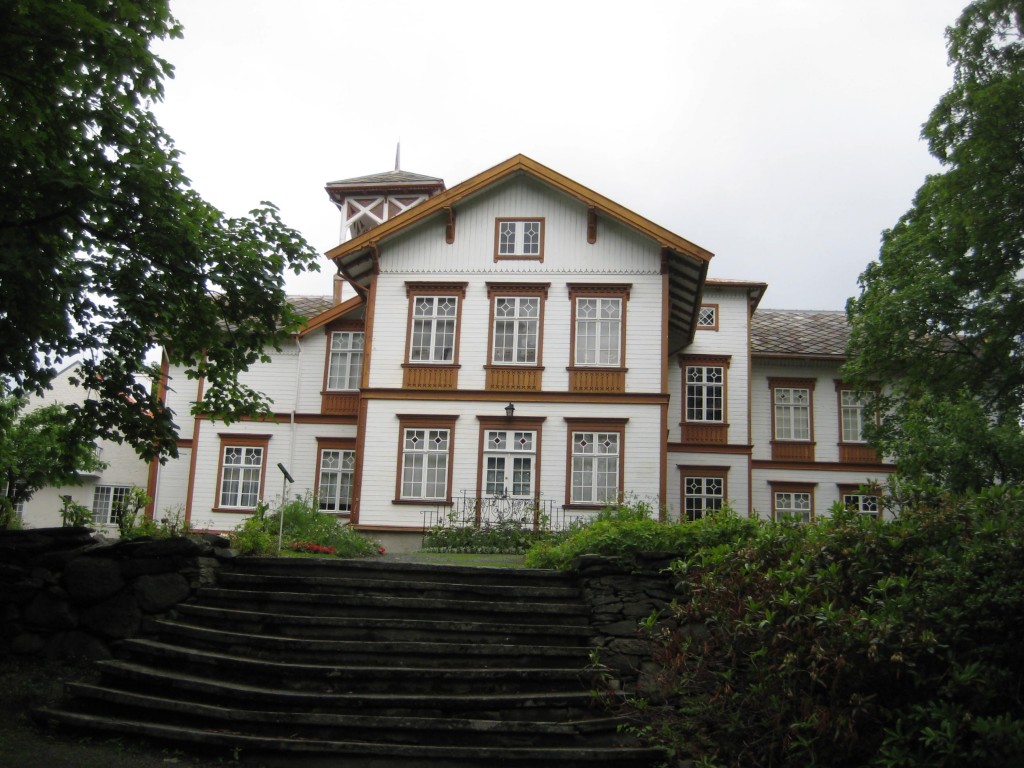 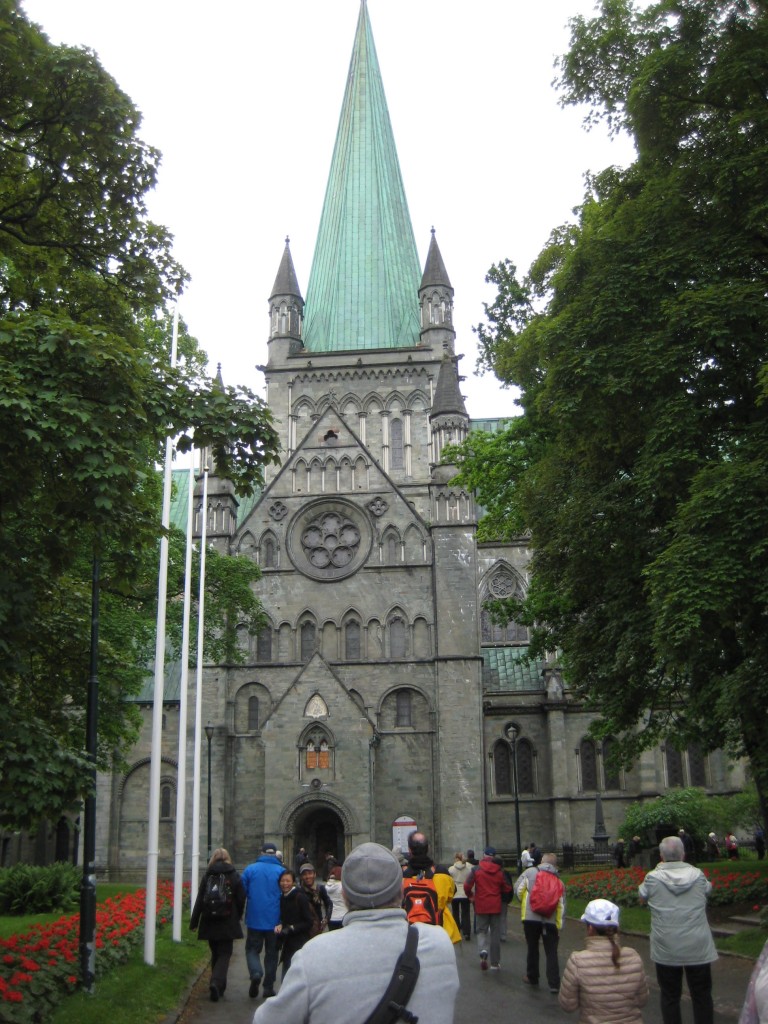 Founded by King Olav in the year 997, Trondheim was also the capital of Norway until the year 1217. Trondheim is one of the oldest cities in Norway and today it is the third largest city of Norway with a population of 185,000.

We took a bus from the city center to our first stop this morning; the Ringve Music Museum located a couple of miles outside of town. Ringve is Norway’s national museum of music and musical instruments. Once the childhood home of Norwegian naval hero Petter Wessel Tordenskiold, this 18th century summer manor house now houses the music museum. The manor house is comprised of period rooms named for famous composers, each with multiple musical instruments on display. As the tour guide leads you through the home and discusses not only the residence but also the collection of instruments, they stop in each room to play some of the instruments. You get a chance to actually hear the antique clavichords, organs and square pianos.

The old barn of the residence has now been converted into a gallery space with an impressive collection of musical instruments from around the world. They are beautifully displayed in a climate and light controlled environment to preserve them. The entire collection is made up of more than 2,000 instruments. You receive a video recorder and headset when you arrive so that you cannot only see the instruments but you can also hear many of the instruments being played.

The manor house is situated on a 32-acre botanical garden with a lake and a variety of flowers and trees to enjoy. Unfortunately the weather was cold, rainy and not very inviting to stroll the grounds.

After our visit to the Ringve museum we traveled by bus back to town where we visit the Nidaros Cathedral and Archbishop’s Palace Museum. This impressive, Gothic Style cathedral was built over the burial place of St. Olav beginning in 1070. The extensive construction project took some 250 years to complete. It had only been completed eight days before an extensive fire damaged much of the building. Over the centuries several fires badly damaged the church. Late in the 19th Century an extensive restoration was begun which included the stained glass windows, two German organs, the sculptures on the western façade and much of what is still visible today.

The church is reminiscent of something you would see in Rome or a much larger city than Trondheim. The church is nearly 400 feet in length, 200 feet wide and 400 feet tall. Much of the interior is comprised of huge Gothic style arches of soapstone. This is the church that is used for Norway’s coronation ceremonies, royal weddings and large national events.

Adjoining the church is the Archbishop’s Palace Museum and several other museum buildings where we saw the crown jewels, an interesting military exhibit about the resistance movement during World War II and archeological excavations on the site including the Archbishop’s mint where coins were minted. It is an extensive collection of things to explore but we only have a few hours before we had to be back onboard the ship.

We had wanted to visit Stiftsgarden Palace; Norway’s royal families 18th Century private home consisting of 140 rooms but we ran out of time. The royal residence is located in the center of Trondheim and includes furnishings in a variety of styles from Biedermeier to Chippendale and Hepplewhite.

The night’s entertainment was a show by the Ryndam singers and dancers titled “Rock Legends”. A collection of songs form the Stones to Sting, Michael Jackson to Madonna and John Lennon to Annie Lennox. These young people work so hard to put on an entertaining show every time. They repeat the same show three times in one night, have multiple costume changes and are on the move the entire forty-minute show. We sit in front of the stage to cheer them on!