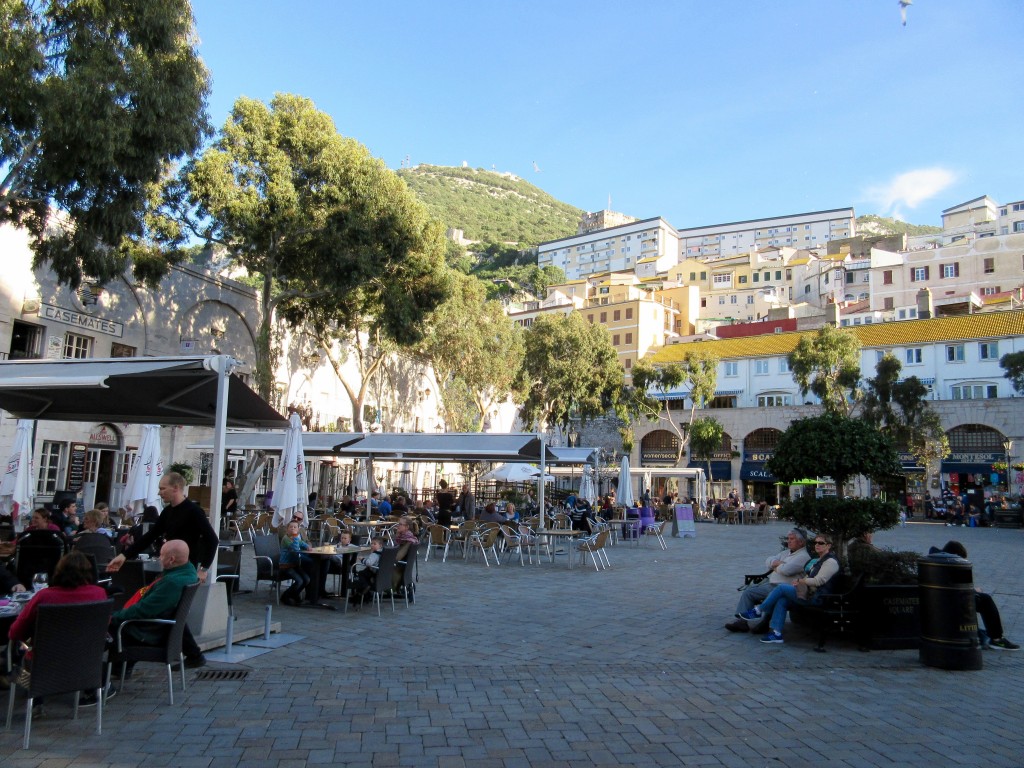 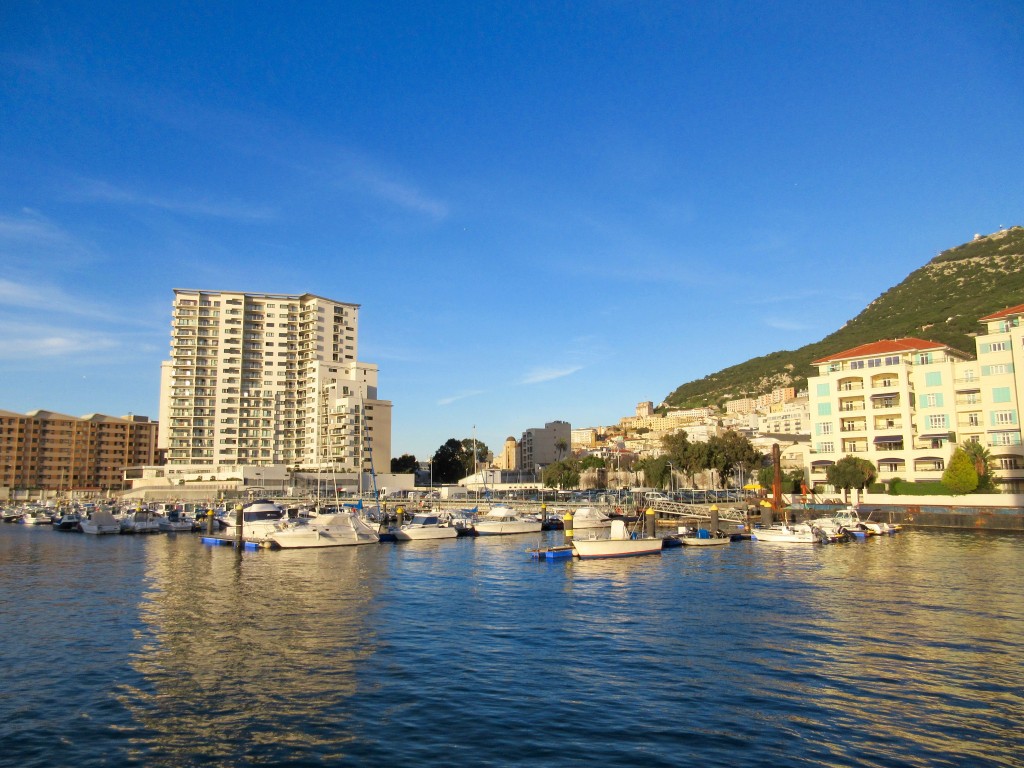 Gibraltar is located on the Strait of Gibraltar near the southern tip of Spain on the Mediterranean Sea. The small British territory is only about three miles wide and ¾ of a mile wide. It sits at the nine-mile wide mouth of the Mediterranean Sea and is connected to Spain by a sandy isthmus about one-mile wide. The population is about 30,000 residents. Britain has maintained important air and naval military bases here since it became a British territory in 1704.

Today there is a fairly large port where cruise ships stop to visit the Rock of Gibraltar, which is a 1,396 foot tall rock formation. Living on the rock is a population of Barbary apes, a type of tail-less wild monkey.

In 2006 the territory approved a new constitution giving them full self-government with the exception of the military, which is still controlled by the British. They now create their own laws independent of Britain.

We did not arrive in Gibraltar until 4:00pm, so it was mostly a quiet day on the ship, but the weather is warming, and it is sunny at last. In 2000 we had visited the Gibraltar rock on another cruise and had the opportunity to see the wild monkeys and the tunnels running through the rock since World War II.

So today we wandered into town, about a 20-minute walk form the ship, where we found a busy pedestrian-only main street. The shops include many British pubs, fish and chips eating spots, souvenir shops and some clothing and perfume shops. We visited an old cemetery just outside the walled city before taking another route back to the ship. Onboard there was a local Flamenco show giving us a taste of Spain, our next port. After dinner we enjoyed the music of Miss Lorraine Browne, a wonderful singer who has a great voice.