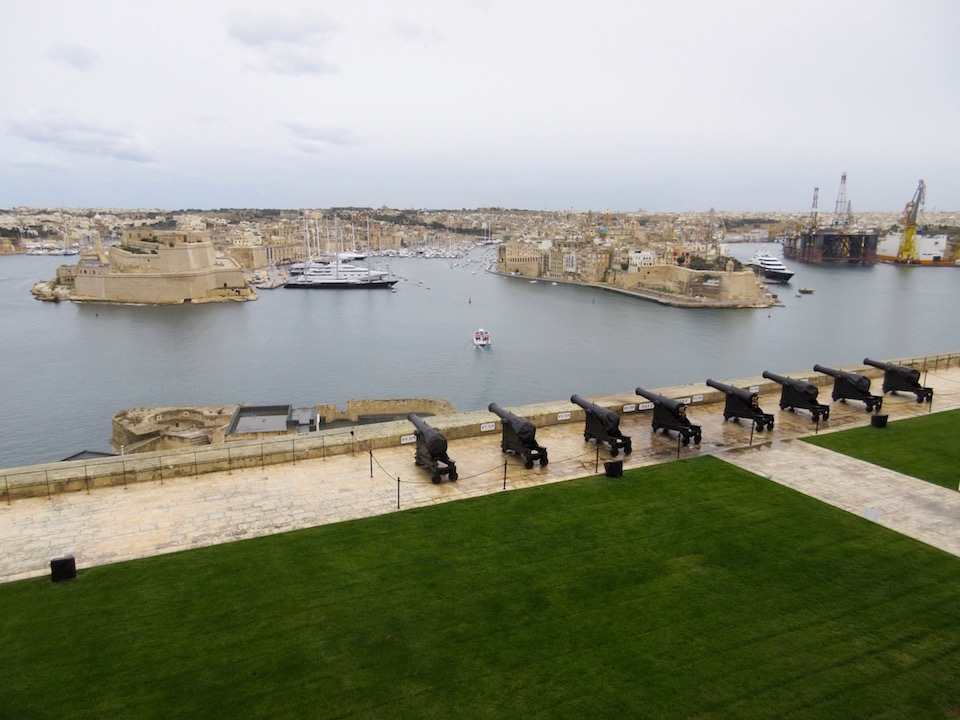 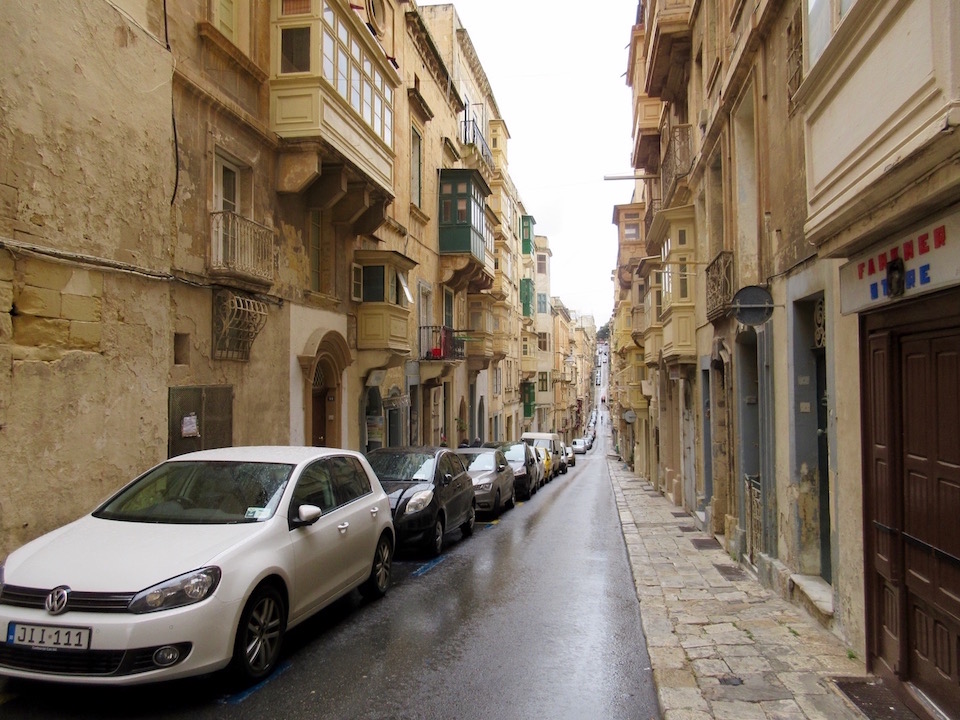 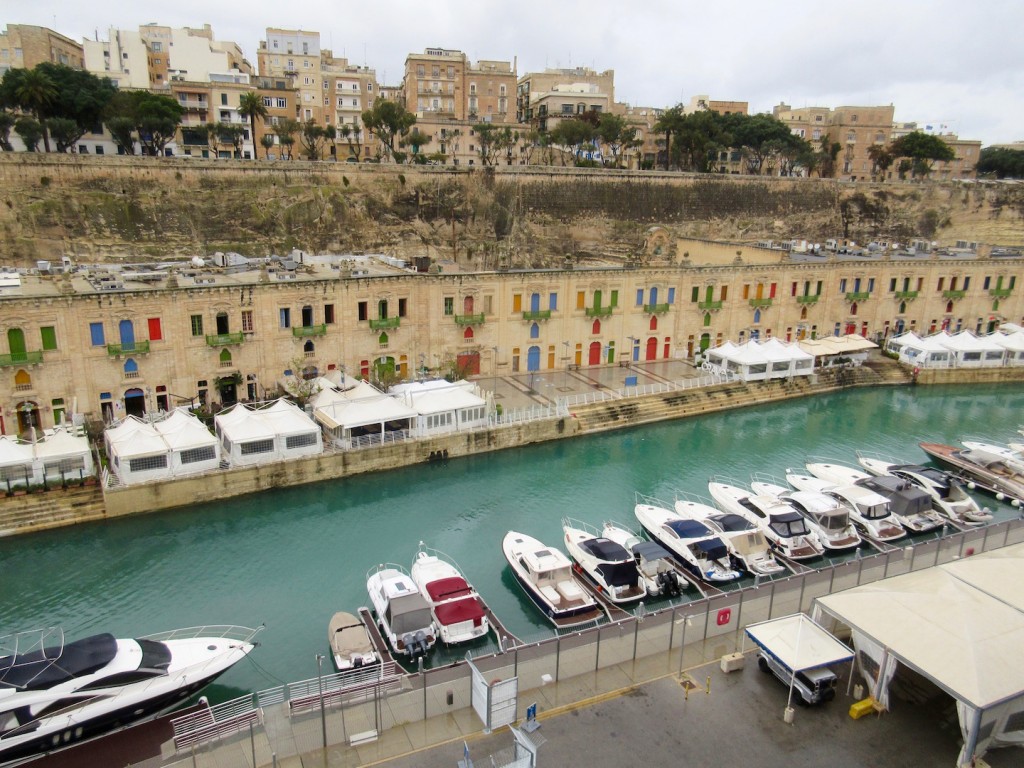 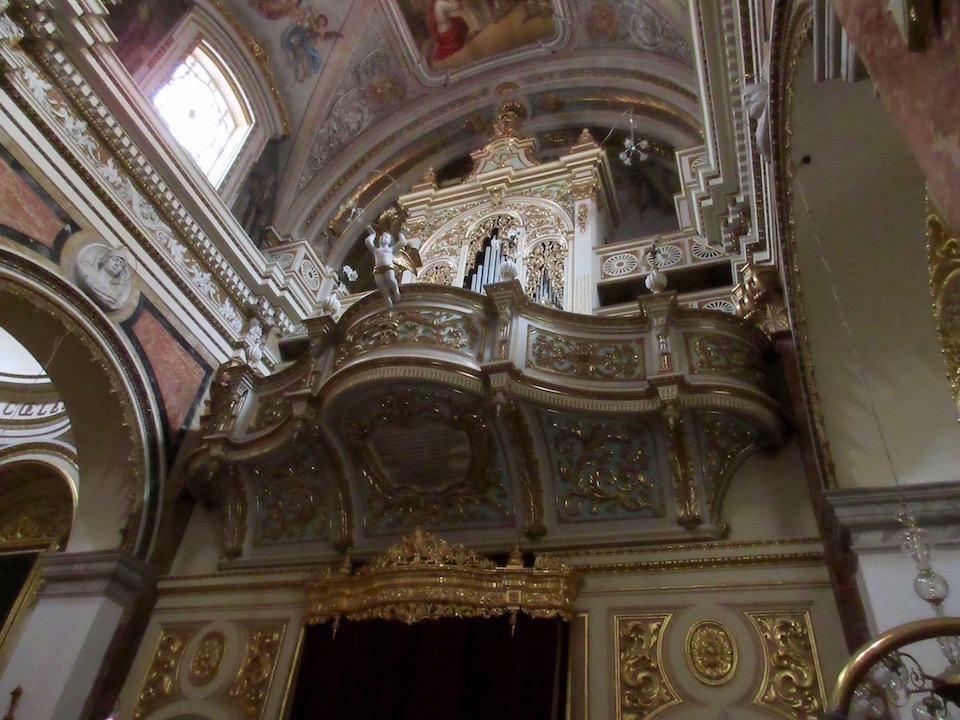 The rain seems to be following us and today was no exception. Our tour this morning was called the Legacy of the Knights referring to the Knights of St John that came to Malta in 1530 and stayed for 268 years. The knights were a Christian group that transformed this once sandstone island into a flourishing island with a mighty defense and a beautiful city coveted by much of Europe. We traveled by bus to the city of Vittoriosa, once the capital of Malta, to explore the old city gates, the beautiful narrow streets and the gorgeous ornate churches and knights’ houses. Many of the churches are elaborately decorated with gold leaf ornamentation, hand painted ceilings, elaborate altars and many tombstones.

Napoleon and his troops landed here in 1798, ending the Knights’ rule of the island. Many countrys held control of the island over the years before Malta achieved its independence from the UK in 1964 (although British forces remained on the island until 1979). The island is located only about 50 miles from the southern tip of Italy in the Mediterranean Sea. It is considered one of the smallest and most densely populated countries with 450,000 inhabitants (and 300,000 cars) on an island of 122 square miles. Malta’s economy is dependent on foreign trade, the manufacturing of electronics and textiles and limestone resources. Malta is a popular tourist destination due to its warm climate, recreation areas and three UNESCO World Heritage Sites.

Valletta is the capital of Malta with a population of only about 9,000 in the historic city high atop the ocean cliffs. This is a city of Baroque buildings from the 16th-century onward, although much of the island was heavily bombed during the war and has since been rebuilt. From the port you can take an elevator up about ten stories to the old city with beautiful views out over the harbor.

Most of the narrow city streets are lined with four story buildings facing the sidewalk and many have balconies with either wrought iron railings or enclosed wooden balconies protruding out over the sidewalks. The old city is only about a ½ mile in length and is surrounded by water, high cliffs or deep waterless moats built into the sandstone hillsides. Nearly every building is constructed of the local sandstone. The sandstone is very soft so many of the building facades are weathered and in need of re-facing. Most of the sidewalks and streets are made of stone as well. The city is very beautiful, even on a cool (a high of 55 today) and grey day.

We stopped into a coffee shop to get out of the rain and had a taste of two local delicacies called galletti and ġbejniet. These are small flaky pastries filled with cheese or sweet peas. We also tried a honey ring that is a pastry ring about ten inches in diameter filled with a mixture of chocolate, ground nuts, dates and honey. It made me think of a fig newton cookie and was not very sweet. We looked for, but couldn’t find the fried date-filled brownie as those shops were closed.

After dinner with Tom (London) and Joakim (Berlin) we enjoyed the evening’s entertainment: another piano concert by Naki Ataman. This performance was a collection of 20th century music with many familiar pieces.