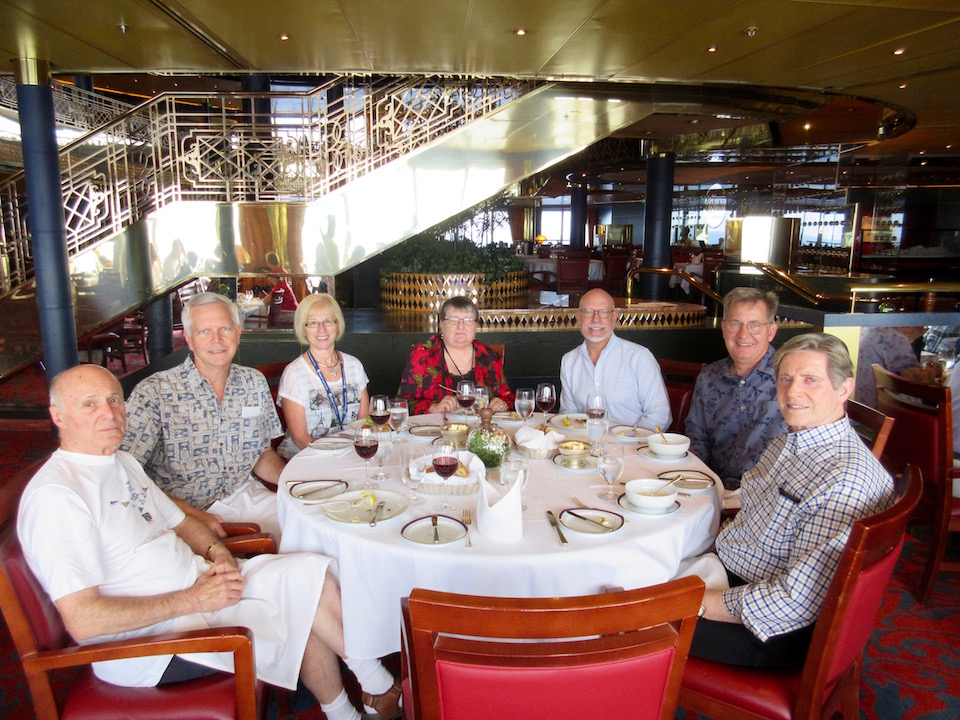 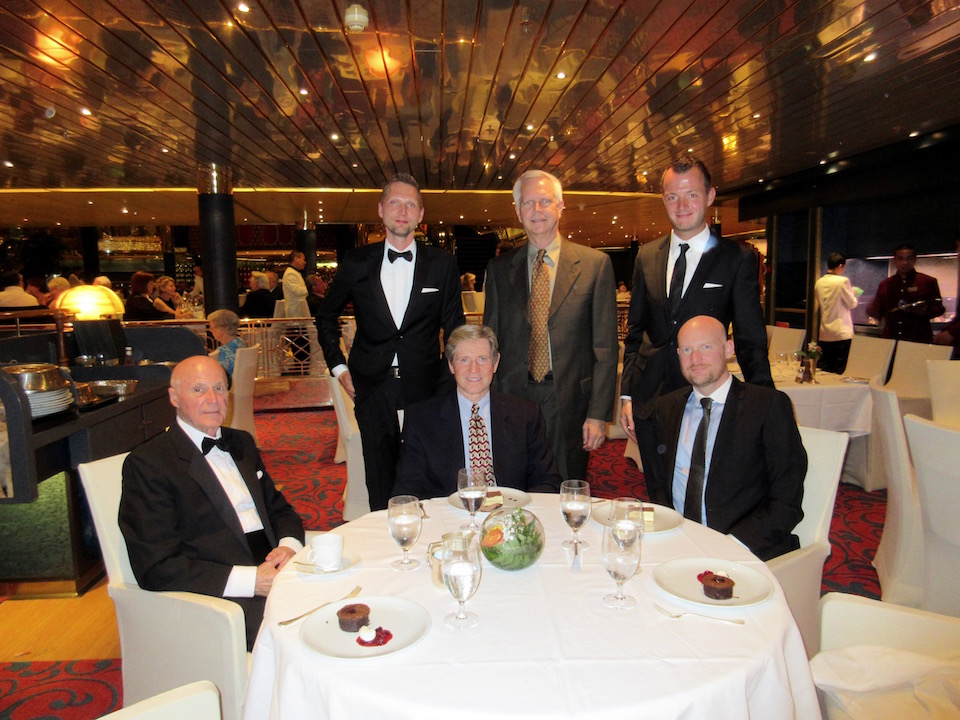 We attended a virtual tour of the ship’s bridge presented with slides in the main showroom by a couple of the officers onboard. They gave us information on all of the ships officers’ duties, as well as the navigation tools used on the bridge.

We learned to make Dutch pancakes with the cruise director, Michael–who is from Holland–in the culinary arts center onboard. Michael is young and energetic, although he claims to not know how to cook other than using the microwave. The culinary arts center is the same room as the movie theater onboard and they present a variety of cooking related shows each day when they are not showing movies.

For Kent’s birthday we had lunch in the dining room with friends we had met on the 2013 world cruise: Tom from London, England; Robert and Dennis from Cambria, CA; and Kathy from PA and her friend and cabin mate, Carol.

In the afternoon we attended another lecture on China and how it struggles to maintain control of small-uninhabited islands. The islands are not of significance but if you control the island you control the earth and sea twelve miles around it. Kent attended a lecture on Damascus and Syria while Mark attended the watercolor class.

For dinner we went to the Italian restaurant onboard called the Canaletto. The menu had changed since we were last on one of the Holland America Ships. They now serve the meal family style with small or large shared plates rather than each person ordering off of a menu. New friends we met onboard John and Steve from San Francisco joined us, as did Tom from London. After we ordered, a woman, Marieka – Dutch, living in Calgary, Canada and Florida, came to our table and asked if she could join us, rather than eating by herself. She had followed us into the ship’s dining room before and joined us a couple of times, which had put us off somewhat in that she is not the most pleasant/interesting person. This was a difficult situation, but Kent said “Yes, of course,” to the others’ dismay. We did make it through the evening and Marieka did sing Happy Birthday in Dutch—a real treat!! The Canaletto staff brought Kent a cake to share, so all ended well!

The night’s entertainment was another show by the comedian Kevin Devane. There are two shows each evening, one at 8:00pm and one at 10:00pm. We usually attend the late show after we have dinner. Kevin is from England and has a very quick delivery of his material, one right after the next. He also wanders back and forth on the stage acting out what he is talking about and laughing all the way. Very entertaining. He reminds us of Mark after a few drinks! HA!!