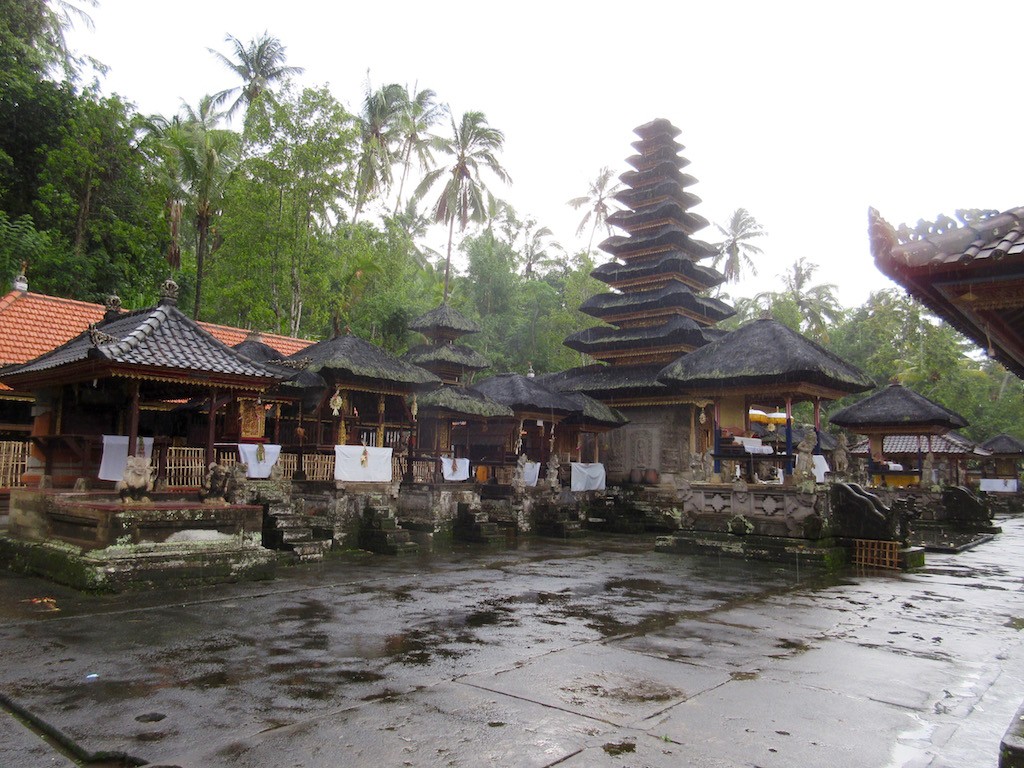 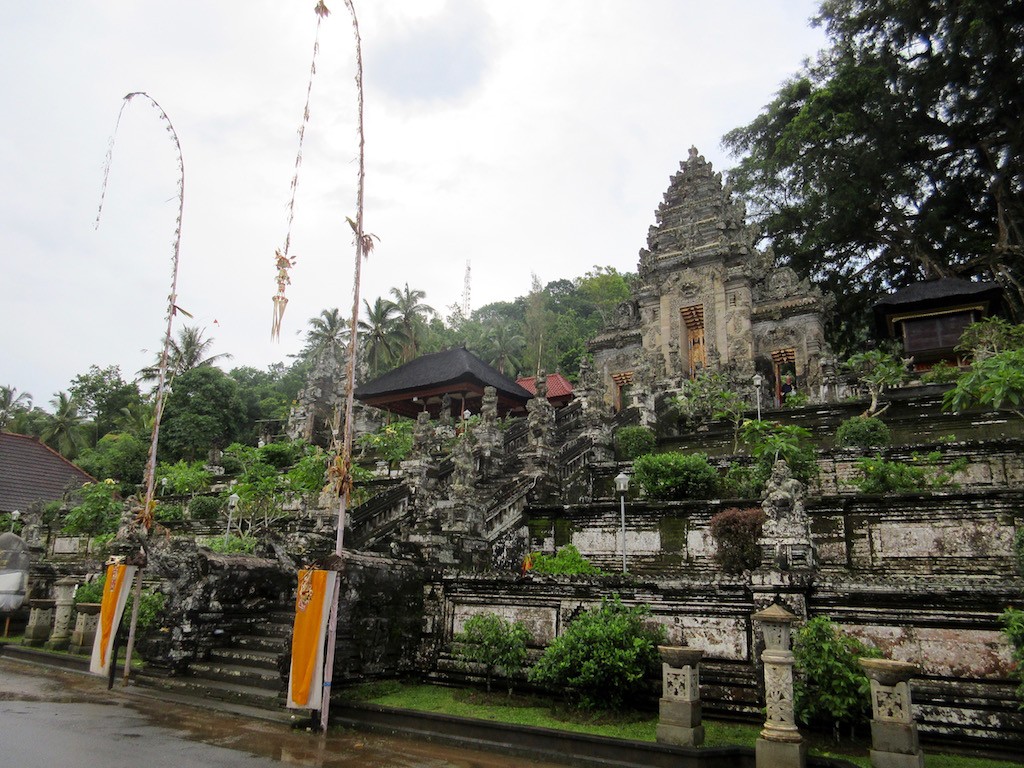 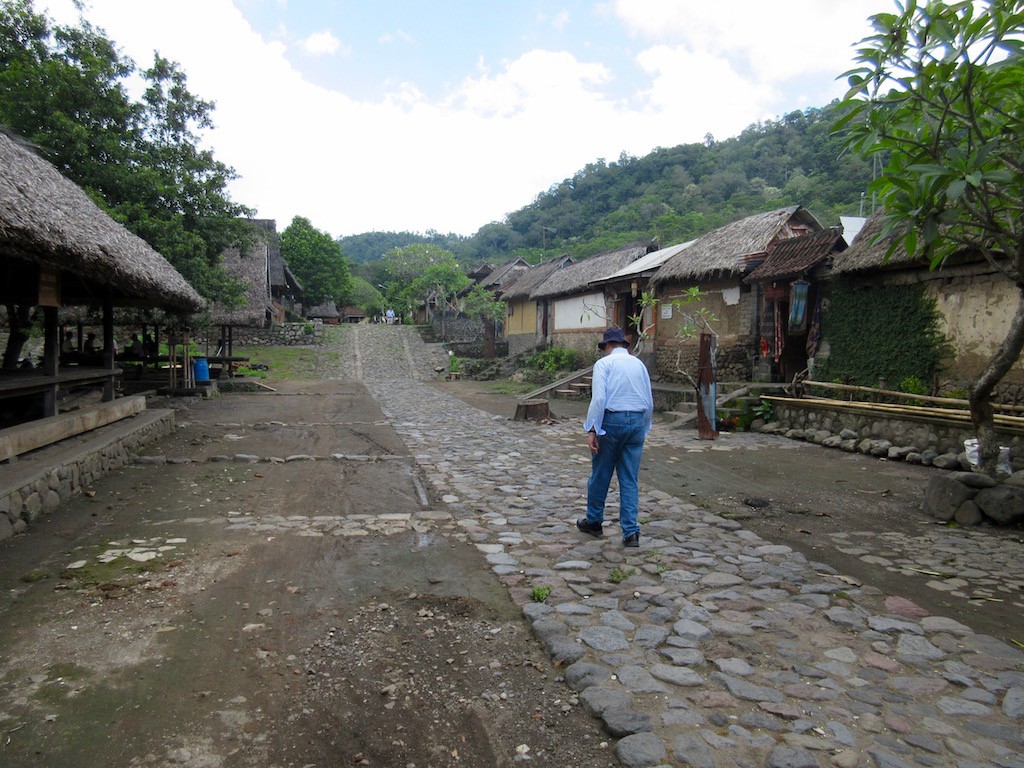 Denpasar is the capital of Bali on the island of Bali. The island of Bali has about 4.25 million people while Denpasar has about 850,000 inhabitants with more than 2 million in the metropolitan area. 95% of the population is Hindu. Bali is known the world over for its beautiful white sand beaches, surfing and diving. The Balinese people are extremely devout and life on the island revolves around prayers and ceremonies. Many of the crewmembers are from Bali and they will have the opportunity to visit with their families both on and off of the ship today.

Our excursion on this day was called Historic and Scenic Bali. Due to the change in tides the ship was unable to dock at the port when we arrived, so guest needed to tender to shore until late morning when the tide had risen enough for the ship to dock in port. This slows down the time that it takes to get ashore significantly and many of the guests get angry having to wait for a tender.

Our first stop was at a small village called Tenganan about a 90-minute drive from the port. The distance is not that far but there are no freeways and traffic is busy on the narrow and winding streets. About 100 families live in the village that are called Bali Aga and are descendants of the original island people who maintain their pre-Hindu culture. The village is arranged like a city street with homes on each side of two stone paved lanes. Between the two lanes is a common area with public buildings used for festivals and special events. Most of the families invite you into their homes where they sell merchandise of one type or another. A few of the residents were weaving a unique Kamben Grinsing (flaming cloth) believed to protect its weavers from evil. Many were selling calendars, batik fabrics and clothing, woodcarvings, hand-painted eggs, and more. There were also many wicker baskets with brightly colored (red, yellow, green and purple) roosters in them used for cockfights. In the street we found water buffalo, chickens with many baby chicks, cats and dogs.

Our next stop was at the Klungkung Kertagosa, which was built in 1710 by some of the best artists in the country. This compound contains the Bale Kambang floating pavilion and the Kertagosa Royal Court of Justice. Each of these structures is a raised open-air pavilion with richly painted murals on the interior peaked ceilings. The originals are now housed in a museum but have been replaced with replicas. The Court of Justice contains a large table and chairs where criminals would be seated across from a judge to plead their case before being punished for whatever crime they were charged with. The murals above are explicit, colored murals depicting several rows of acts for which you would be punished and suffer the fate of hell while the upper tiers of the mural reflect good behaviors for which you would be rewarded with eternal life in paradise. The site is very well preserved and contains beautifully landscaped gardens.

A buffet lunch was enjoyed at a local restaurant located in the foothills overlooking the terraced rice fields. The food included rice, fried chicken, pepper steak, chicken and fish satay, fried noodles and more. The dessert included fried bananas, fresh fruit and a local dish that had a coconut mixture wrapped like a mini burrito in a light green colored pastry. While at lunch the skies opened up once again and the rain came pouring down. This is typical weather for this time of year.

Our final stop was at the Pura Kehan Hindu temple complex built on a hillside in the 11th century. A staircase leads you to the main entrance where the demonic face of Kala Makarta stands guard over the temple grounds. Every temple has a temple tree and this was no exception. The Banyan tree in this temple was enormous and must have been many years old. The temple itself consisted of one main temple building plus twenty or more smaller temple structures, each dedicated to a different entity like elephants, people, the sun, etc.

The drive back to the ship took us another 90 minutes or more in traffic. In total our tour lasted about ten hours including the time it took us to get ashore on the tender.

For entertainment they had arranged a local dance and music troop to come onboard to entertain us. They had a band of ten members who played a variety of drums, cymbals, xylophone-like instruments and gongs. Several men and women dressed as women in beautiful costumes presented a variety of dances using both their hands movements and eye movements to entertain.