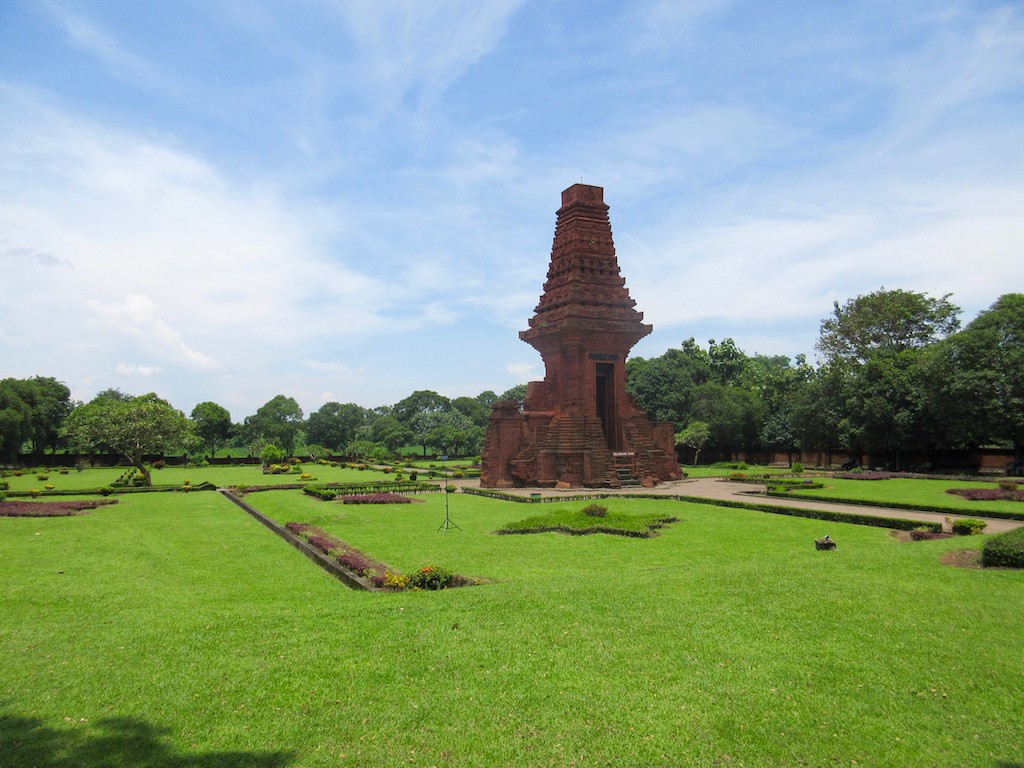 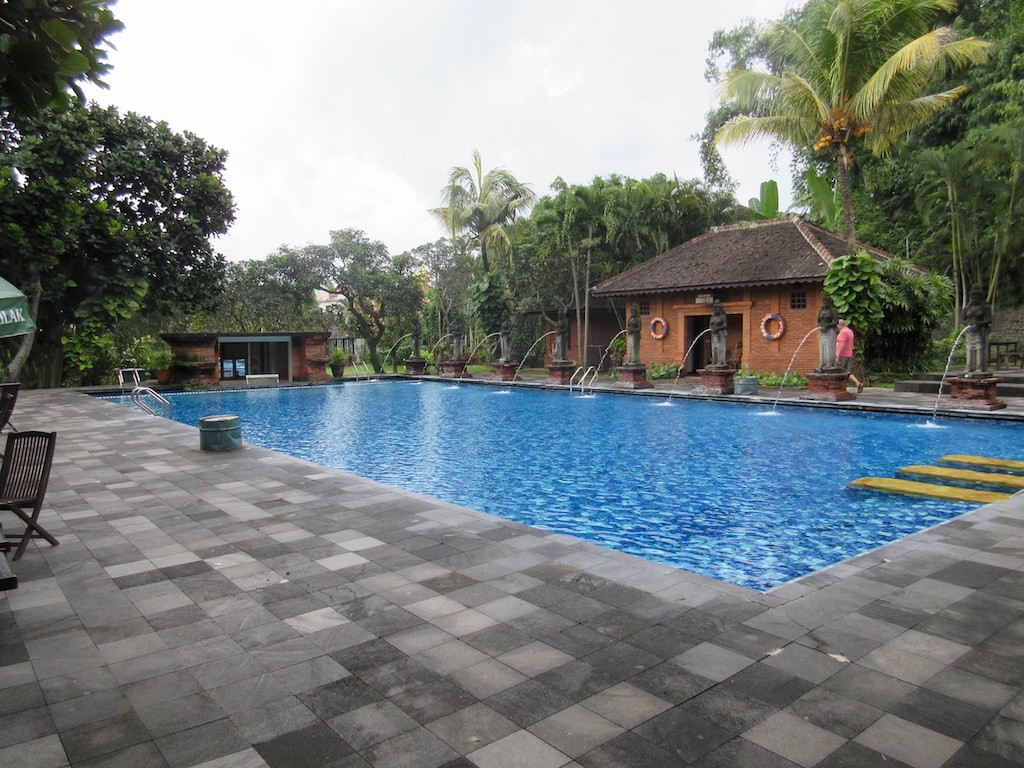 Surabaya is the commercial and administrative capital of East Java and is the 2nd largest city in Indonesia with a population of nearly five million. They have a very busy international cargo port and is a major shopping destination for Indonesians with several large malls. They export local sugar, tobacco and coffee. The name Surabaya means Shark and Crocodile so you see these symbols represented in statues, manhole covers and other places around the city.

Our tour on this day was titled “Archeological Trowulan”. Trowulan is a town that is located about a 90-minute drive southwest of Surabaya. Here we began our tour at the Trowulan Archeological Museum where they have an extensive collection of Majapahit sculpture and pottery from East Java. In this area there are archeological sites of the Majapahit Hindu Kingdom that ruled here from the 13th to the 16th centuries. The sculptures are mostly of Hindu gods like Vishnu and Ganesh. While at the museum we also were able to see a short music and dance performance by some local performers.

After the museum we visited some ruins of the Bajang Ratu Temple built from red clay brick with sculptures of Kala Heads (Dragon like faces with large eyes and big teeth). While at the temple we saw a young local couple having their wedding photos taken in very elaborate traditional clothing. We understand from our guide that most people rent these clothes for their wedding and that most people have their wedding photos completed prior to the wedding. At a wedding the bride and groom stand in a receiving line for as many as five hours and will change outfits a minimum of three times.

Next was a nearby portion of the old temple complex called the Segaran Pool. They believe this to be the largest ancient pool used as a place of recreation for the Majapahit family. The pool is also made of red clay brick and is sunken into the earth with a large decorative tower in the center. There is also a Tikus Temple used for bathing and cleansing.

We then visited a nearby local village where they make clay bricks from the earth for use in building homes. The bricks are more of a gray brown color than a red color but this is what they get from the local soil. We saw many local homes, which are mostly very modest with an outdoor toilet and sink for bathing with a bucket. Many of the homes are built of brick and when they can afford to, they will then stucco over the brick and paint the structure. In this local village they also have a community mosque that is quite simple with a three-tiered tile roof. Everyone in the village contributes what they can afford and the village builds and maintains the mosque, chairs, silverware and other items that the community can then use for festivals or parties.

From here we drove about 30 minutes up into the local hills to a lovely hotel where we had a delicious buffet lunch in an open pavilion. This hotel had extensive grounds that were lushly planted with tropical plants and were beautifully maintained and manicured. They have a large sparkling pool surrounded by large statues that looked extraordinarily inviting in the heat and humidity. The hotel had mostly bungalow style rooms scattered around the lush grounds.

A short drive away, but still on the hotel property, was an extensive medicinal herb garden display. Here we had a guide who explained about the different types of herbs and trees, how they prepare the plant as a medicine and what ailments they should cure. Many of these herbs required some time to prepare by drying, boiling, grating, mashing, etc., for use as medicines.

On our way back to the ship at the end of the day, we had some rain and drove through areas that must have had significant rain because many streets, shops and homes were flooded. Children were joyfully playing in the flooded streets. For a place that has a significant amount of rainfall, they do not seem to have much a drainage system in place to deal with it.

Back onboard we were entertained by a young man from Australia by the name of Ashley Carruthers. He holds the Guinness Book of world records for the fastest piano playing and has a great sense of showmanship on the stage.