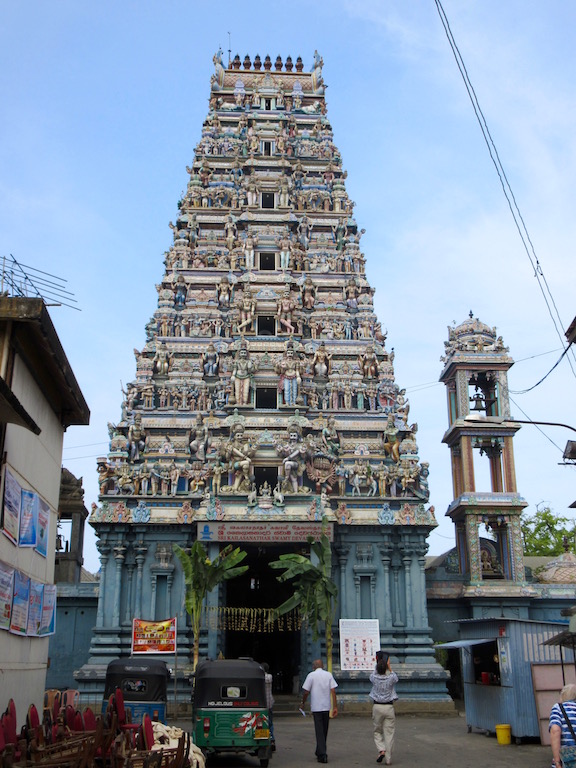 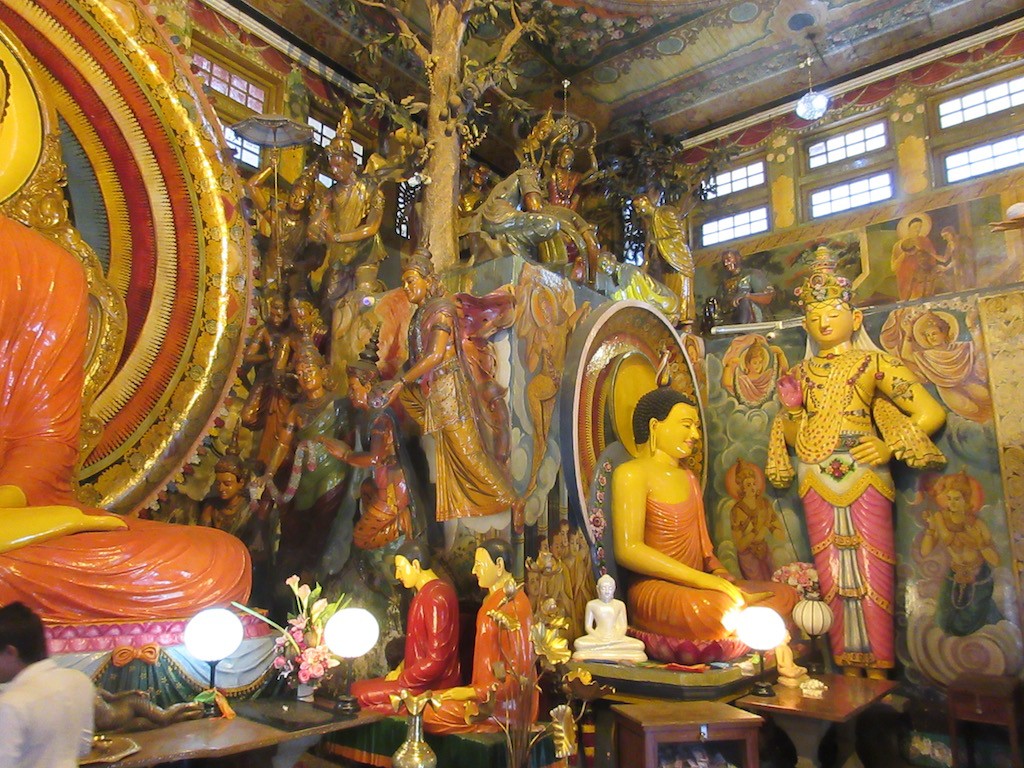 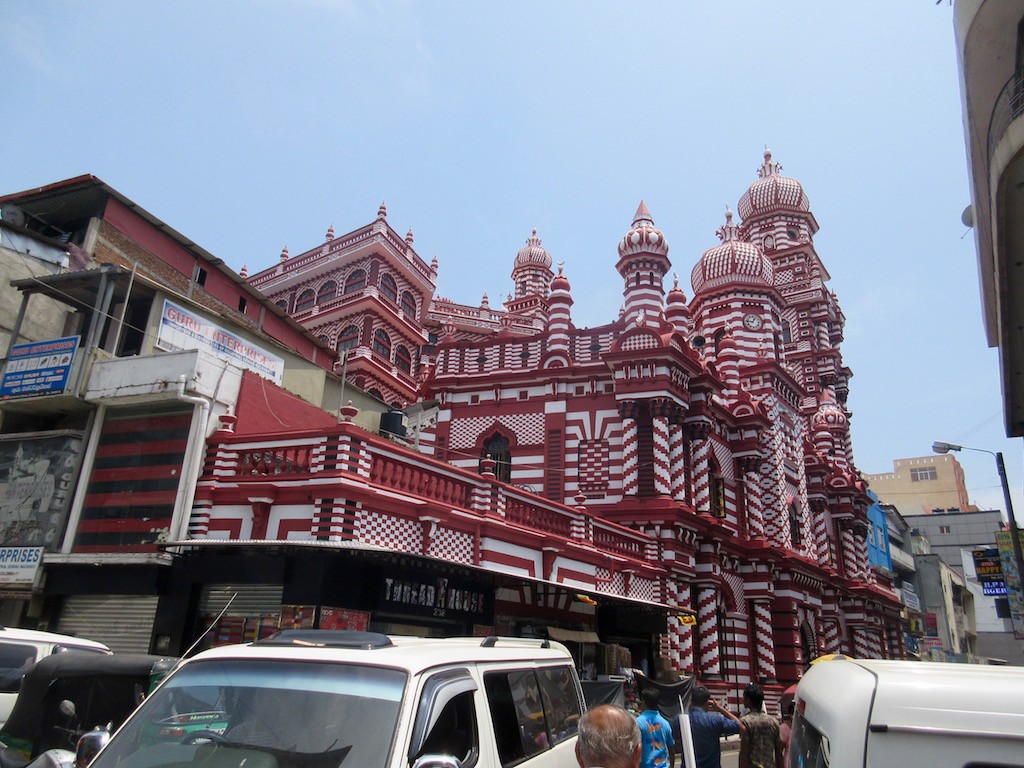 Sri Lanka is an island located at the southeastern tip of India between the Indian Ocean and the Bay of Bengal. Colombo is the largest city of Sri Lanka with 2.4 million inhabitants, while Sri Lanka has 22 million residents. Colombo’s harbor and position along the East-West sea trade routes enticed the Greeks, Persians, Romans, Arabs and Chinese traders who visited regularly over the centuries. Muslims of various ethnicities began to settle in Colombo around the 8th century, mostly because of this trade business. In the 15th century the Portuguese established a foothold in the area and were granted authority over the coastline in exchange for guarding the coast against invaders. However, they soon expelled the Muslims in Colombo, building a fort there in 1517. The Dutch signed a treaty in 1638 with the King of Kandy, assuring Dutch assistance in the King’s war against the Portuguese in exchange for a monopoly of the trade goods. However, in 1656 the Dutch refused to return control to the King, eventually assuming control of the area’s valuable cinnamon lands. The British captured Colombo in 1796, beginning an era of British colonialism that ended in 1948 when Sri Lanka (then called Ceylon) gained independence from Britain. Modern-day Colombo is a mix of old and new.

Colombo has a mile long seafront promenade designed by British Governor Sir Henry Ward in 1859 as a horseracing track. The city’s central park lies along the western shore and is known as Galle Face Green. The fort district is the city’s heart and is filled with old colonial buildings, like the Grand Oriental Hotel which was converted from an 1850’s military barracks, and the Presidential Secretariat or former parliament building.

Our tour this morning was titled “Holy Colombo” and took us on a tour of the diverse, multi-religious society of Colombo. Our first stop was at the very ornate Captain’s Garden Hindu Temple with a recorded history of more than 400 years. The very colorful roof of the temple has depictions of hundreds of gods.

The next stop was at the Gangarama Buddhist Temple. At the Gangarama Buddhist Temple we discovered an unusual and extensive collection of kitsch–a complete contrast to the normally austere atmosphere of a Buddhist temple. The temple contained several buildings of stuff given by the faithful. You might find a case filled with watches next to a table filled with plates or flower vases. Next to that might be a case with elaborately carved ivory figurines or paintings stacked one upon the next. Everywhere you looked there was stuff that might remind you of your grandmother’s attic or basement. They even reportedly have hairs of the Buddha.

Our next stop was at the Wolvendaal Church, once a Dutch Reformed Church and now renamed the Christian Reformed Church. This church was built in 1757 and contains the remains of many former governors of the region. The church has a very plain interior with a simple pipe organ and geometric stained glass windows.

It holds the record as the oldest Protestant Church still functioning in Sri Lanka. The church is in desperate need of painting and refurbishing but it only has a congregation of about 200.

Finally we visited the Jami Ul-Alfar Mosque, also known as the Red Mosque. Located in the Pettah Bazaar area of Colombo, it dazzles you with its candy-striped red and white brickwork. Only 7% of the Sri Lankan population belongs to the Islamic faith. Midday prayers were just finishing so we did not really get a tour inside but one of the parishioners wanted to convert Kent and gave him a book to read on the Islamic way of life. He may have to make a few changes to convert.

The city appears to be growing, as there are construction sites all over town. They appear to be building not only new office and commercial buildings, but also high-rise condominiums. The port area also appears to be going through major renovations as they modernize for today’s shipping container ships. I think that in another ten years you will not recognize the place.

The tour guide that we had was not very informative and made very few comments about what we saw or where we were going. It was very disappointing but this is life. You win some and you lose some.

We were in port overnight so there was no live entertainment. Instead they showed the movie Brooklyn in the main showroom at sea. We spent about 2 hours having drinks and sharing our day’s experiences with our fellow travelers.