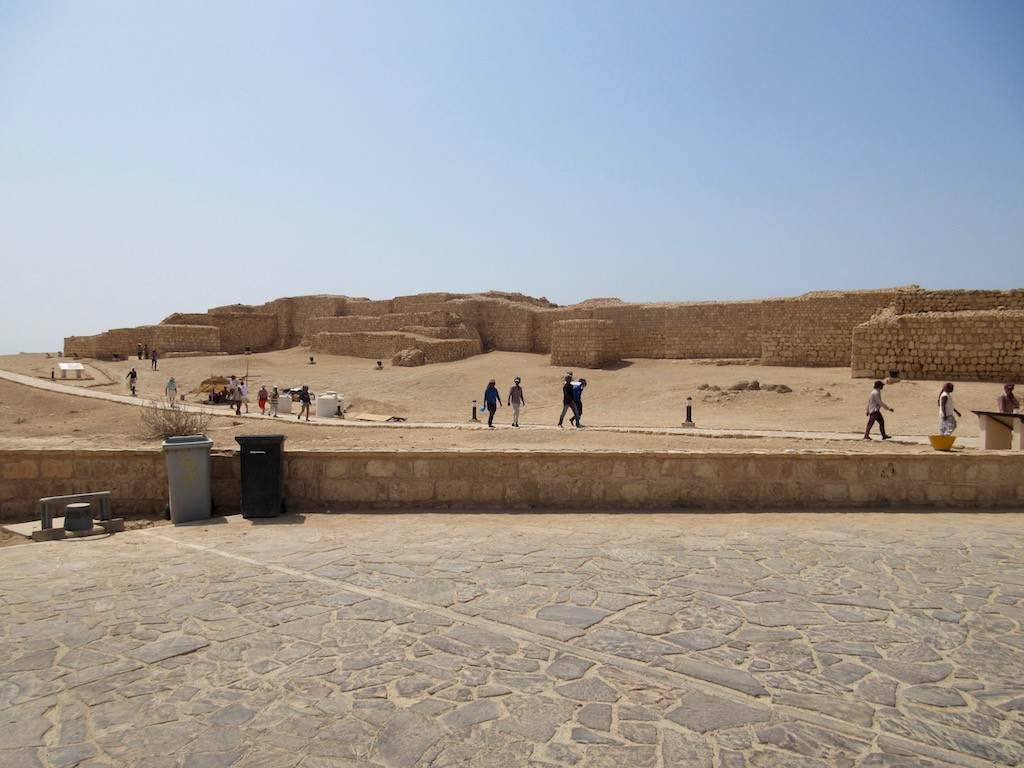 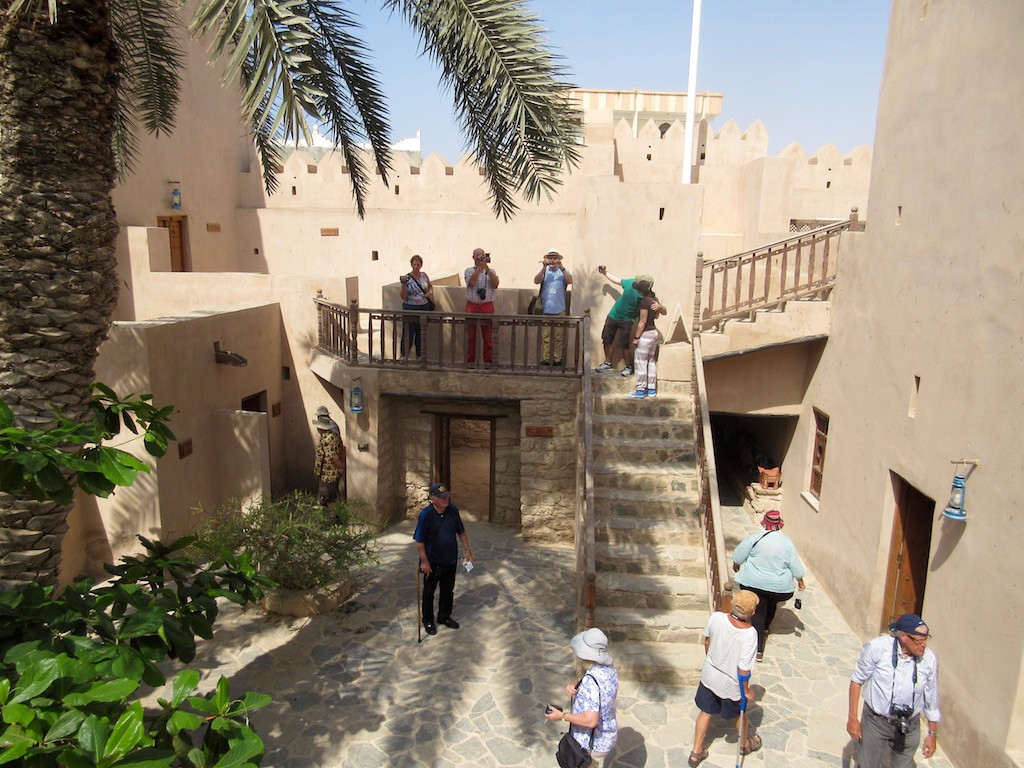 Salalah is located in southern Oman on the Arabian Sea and has a population of about 250,000 inhabitants. This area was once known for its frankincense and silk trades, but today is heavily dependent on its dwindling oil resources. It was the main trading port on what was called the Frankincense Trail, the trading route for the highly prized aromatic resin used in religious rituals and healing. Frankincense trees are grown only in this region of the world.

The area around Salalah at this time of year is very warm, very humid and very barren. There is a stretch of flat land between the mountains and the ocean where the town is built. The majority of the homes and businesses have been built fairly recently but it is almost like a ghost town in that there is almost no vegetation or landscaping anywhere….only tumbleweeds are missing. The ground is mostly sand and gravel, although they do get a fair amount of moisture in the summer that makes the mountains green and the creeks and rivers flow with fresh water. The streets and roads are in excellent condition and they utilize a lot of roundabouts rather than traffic signals. The city is spread out and there is little traffic to speak of. The locals are Muslim and tend to wear traditional clothing. For the men, mostly white robes from the neck to the ankle with long sleeves, a hat and or scarf that is wrapped around the head and sandals on the feet. The women are typically covered from head to toe, with some wearing the black burka covering all but a slit for the eyes. Most places we went we only saw men and very few women. Most of the women stay home to tend to the family and housework.

Our guide was named Salim and was about 45 years of age. He has two wives, as God has given men permission to have as many as four wives. His first wife has five children and his second wife has two children with a third on the way. The wives each have a home of their own about 10 minutes apart from each other. The husband spends time with each family on alternating days….he said he is not “tired.”

Our tour was titled The Best of Salalah and was a full eight-hour tour due to the distances between the local highlights. Our first stop was at the Al Husn Palace, the Sultan’s summer palace for a photo of the exterior. There is not much that you can see from the street other than a large walled compound with the dome and minaret of the mosque rising above the wall.

We then visited the Hafa Souk, or market, where stall after stall was filled with perfumes and frankincense. They explained how they cut the frankincense tree bark to make the tree naturally create a sap or resin. The tree heals the bark’s wound. After several months the resin is scraped from the tree, dried in the sun and then sold for its fragrance when burned. They sell a variety of decorative burners similar to something you might think of for burning incense. Most of these burners use charcoal and then the pellets of frankincense are added to the charcoal permeating the room with a sweet aroma. The scent is unique unto itself unlike a spice, not bad, just unique.

Our next stop was at the Taqah Castle, once the governor’s residence and now a museum. They call it a castle but don’t think of a castle you might find in Europe, this is much different. This castle is more like a two story home with a central interior courtyard. Surrounding the courtyard was an outdoor kitchen, several rooms used for food storage, several bedrooms, a main living room and a roof top observation deck. They had furnished it although most of the furniture consisted of throw pillows on the floor to sit on. There were western style beds in the bedrooms but no other furniture to speak of.

From here we headed to the Khor Rori Creek, believed to be the ruined city of Sumhuram. They believe that this was once the ancient capital of Arabia’s frankincense trade. Excavations at this site provide evidence of a city that traded with Far Eastern ports and Greece. The locals believe that this was the site of the Queen of Sheba’s Palace. Students from a university in Muscat continue to provide labor for the ongoing excavation of this site located on a plateau above the ocean. Some of the walls of the site have been exposed, so you can walk into the large complex to get an idea of where shops, a temple, storage rooms and living quarters may have existed. The views over the creek out to the ocean are incredibly picturesque.

A buffet lunch was included at a Crowne Plaza Hotel in Salalah, located on the ocean. The lunch included salads, hummus, babaganous, pasta, a fish dish, meats and desserts. The beach was very clean with white sand, and they had two nice swimming pools. Several European guests were around the pool.

After lunch we visited the Frankincense Land Museum where they have a beautiful collection of the country’s history in a very modern museum. The exhibits were first class, with both Arabic and English descriptions, and it was air-conditioned. They have artifacts from several archaeological sites around the country, model ships from their country’s past and a variety of positive exhibits about the current Sultan Qaboos. Outside the museum they have a number of frankincense trees planted so we were able to see them close up. The trees have trunks similar to a birch tree with paper-thin layers of bark that easily peel off. The foliage is bright green with few leaves and clusters of white flowers.

Our next stop was at Mughsail Beach where there is a beautiful two-mile long white sand beach with natural blowholes in the rocks at the base of some high cliffs. Depending on the tide, the spray coming from the blowholes can reach a height of 45 feet. The cliffs above the blowholes are called the Marneef Caves although the caves are not what we might think of as caves. They were very large open caves where the rock formations jutted out from the hillside creating an awning effect.

The evening’s entertainer was an Italian vocalist by the name of Marco Romano. He has performed in many theater productions in his homeland. He sang a wide variety of music from opera to pop and everything in between. He had a lot of energy but there was not much connection with the audience for some reason.