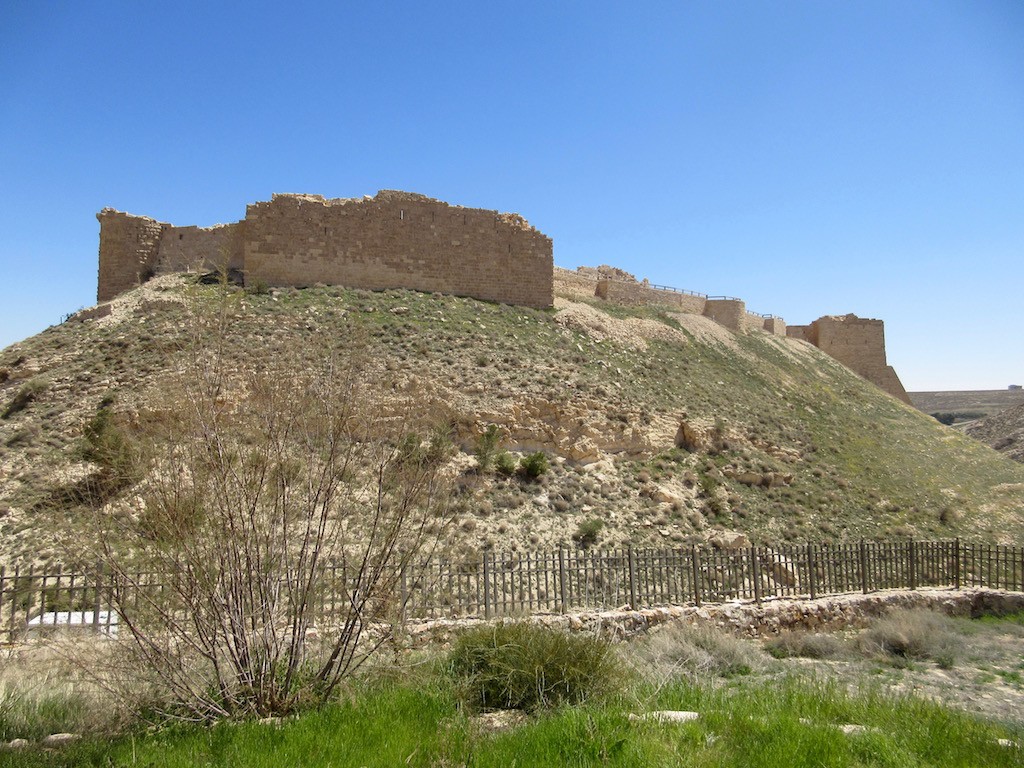 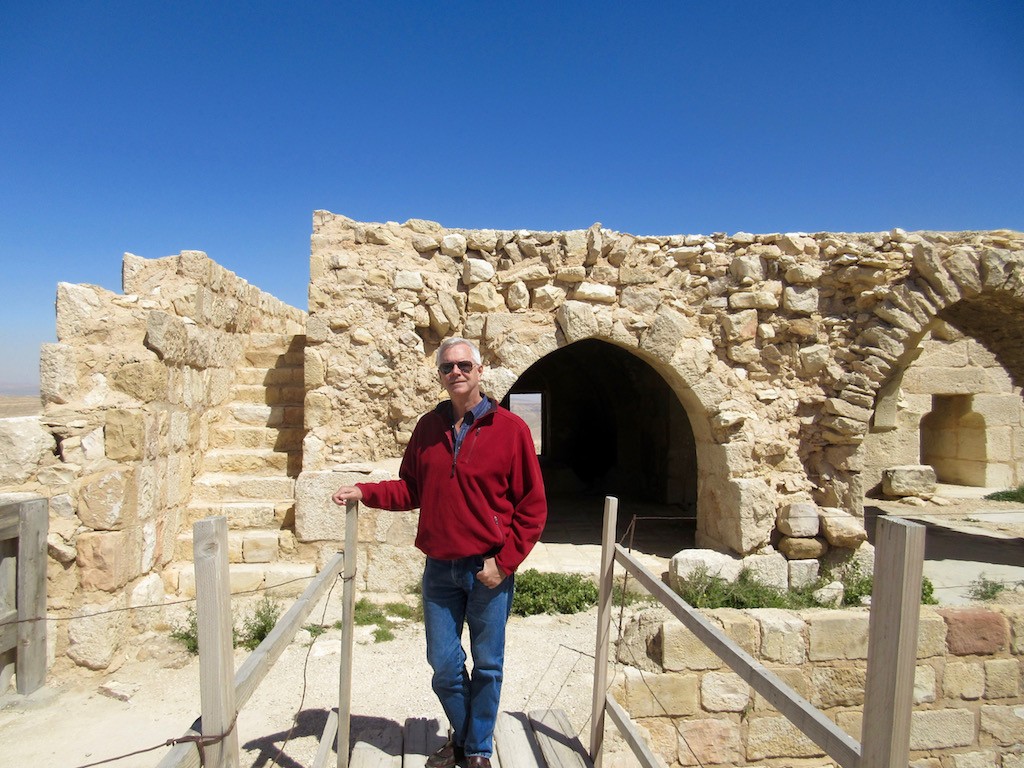 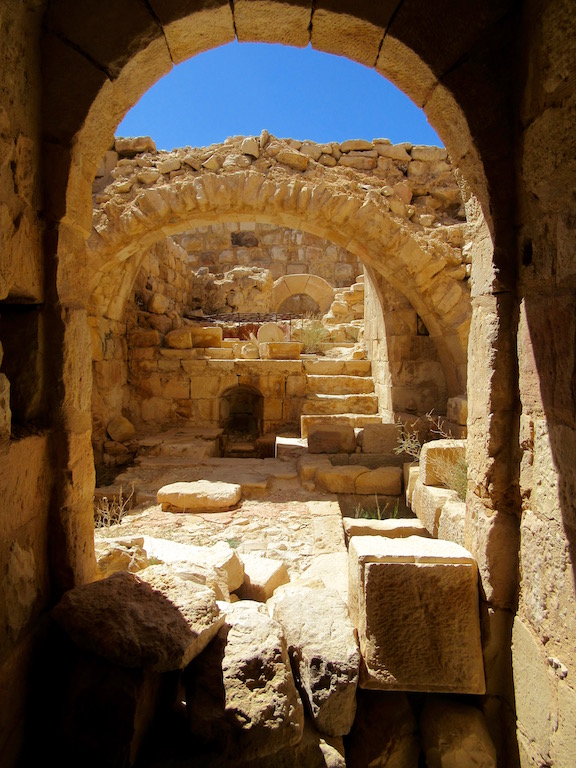 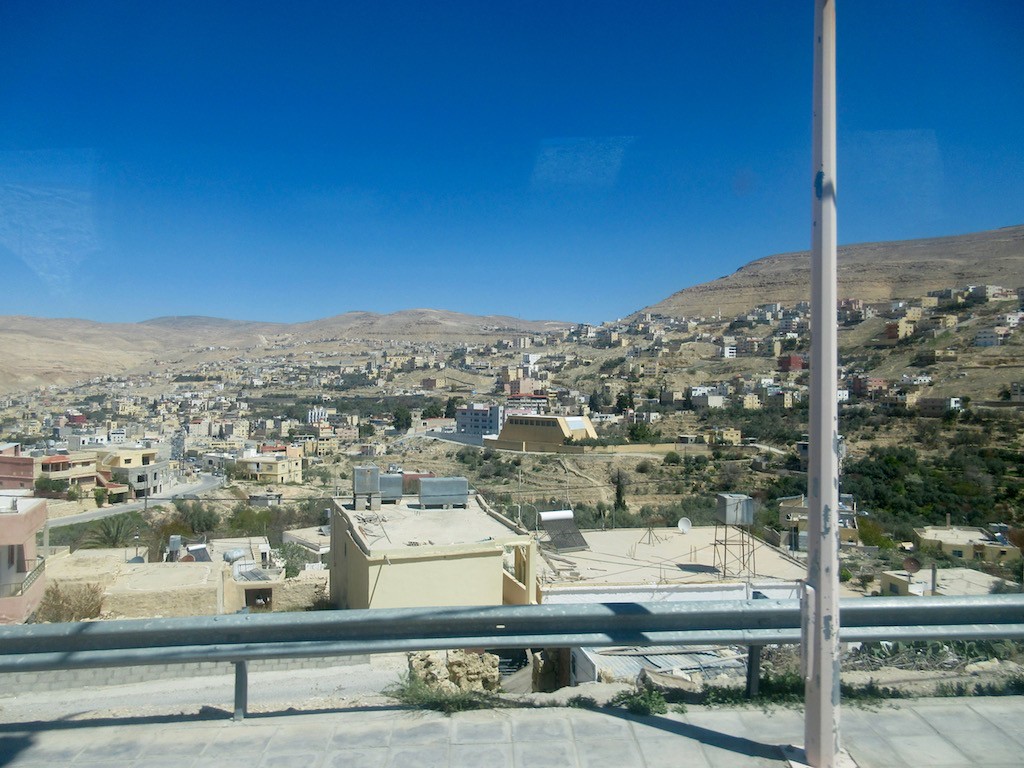 Jordan is slightly smaller than the state of Indiana, located to the east of Israel, West of Iraq, north of Saudi Arabia and south of Syria. The country has a population of over 8 million, including more than one million Syrian refugees.

Aqaba is a small coastal city of about 80,000 inhabitants at the northeast tip of the Red Sea and is Jordan’s only port city. Tourist arrive here for newly developed seaside resorts, as well as for access to the 2,200 year old city ruins of Petra about a two hour drive away. This region of the Red Sea is also a haven for Scuba divers, snorkeling and beaches. The Red Sea contains some 250 coral reefs and 1,000 species of fish. Aqaba was recently designated a trade free zone and that has increased foreign investment in the area. There are many new hotels, housing developments and new roads being built.

Our tour on this day took us to the Shoubak Castle located about 2.5 hours north of Aqaba by bus. The drive to Shoubak includes mile after mile of scenic desert landscapes. The terrain is made up of sandstone, granite and limestone with hills and mountain peaks in every direction. We passed many Bedouin tents, shepherds out in the barren land with flocks of sheep and goats, as well as camels roaming the landscape. Even in these conditions and limited water, farmers are able to grow crops to feed the animals and sustain themselves. The weather today was very pleasant in the 70’s but in summer it can get to be over 120 degrees.

Shoubak Castle is the best-preserved Crusader castle in Jordan dating from early in the 12th-century. The castle sits on a prominent conical mountaintop some 4,265 feet above sea level. King Baldwin I of Jerusalem built it in 1115. The castle was originally named Krak de Montreal and its purpose was to guard the road from Egypt to Damascus. It successfully resisted many sieges before falling to Saladin troops in 1189.

There is a visitor’s center located below the castle where we began our walk up a paved road to the castle entrance. The castle is quite large in scale, built with three floors, a chapel, a water storage system, storage rooms and living quarters for the soldiers. Not only has the entire castle withstood time, but there are a significant number of rooms still fairly intact to explore. Our guide took us through the castle explaining about the use of each of the rooms. In all we spent about 90-minutes exploring the castle before heading back to the ship. It was a long trip (2.5 hours each way) but since we had been to Jordan previously and seen Petra we thought we should explore some of the other sights.

Back onboard the ship there was no live entertainment as we were in port for two days and so they showed the movie Macbeth. We skipped the movie and retired early.