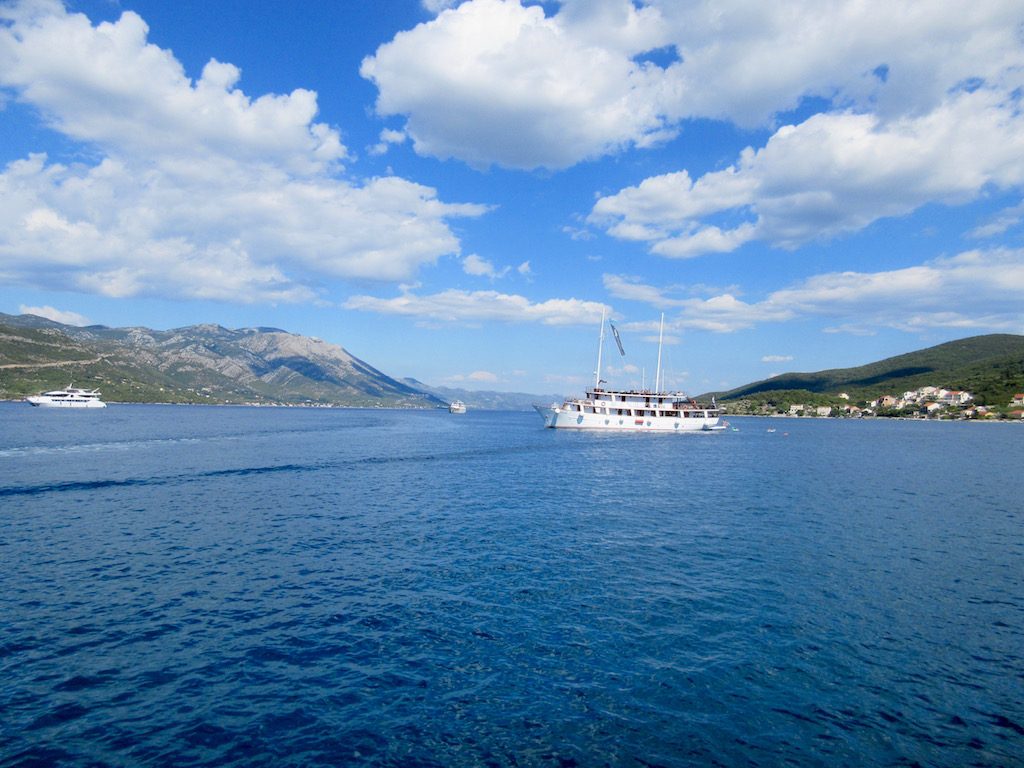 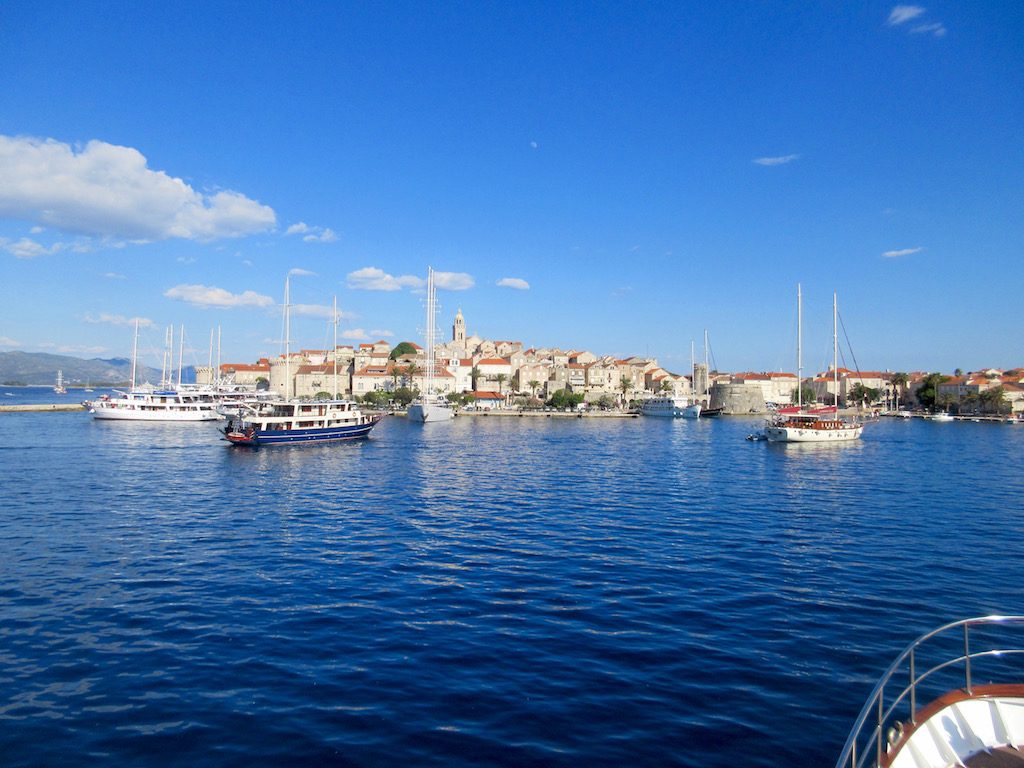 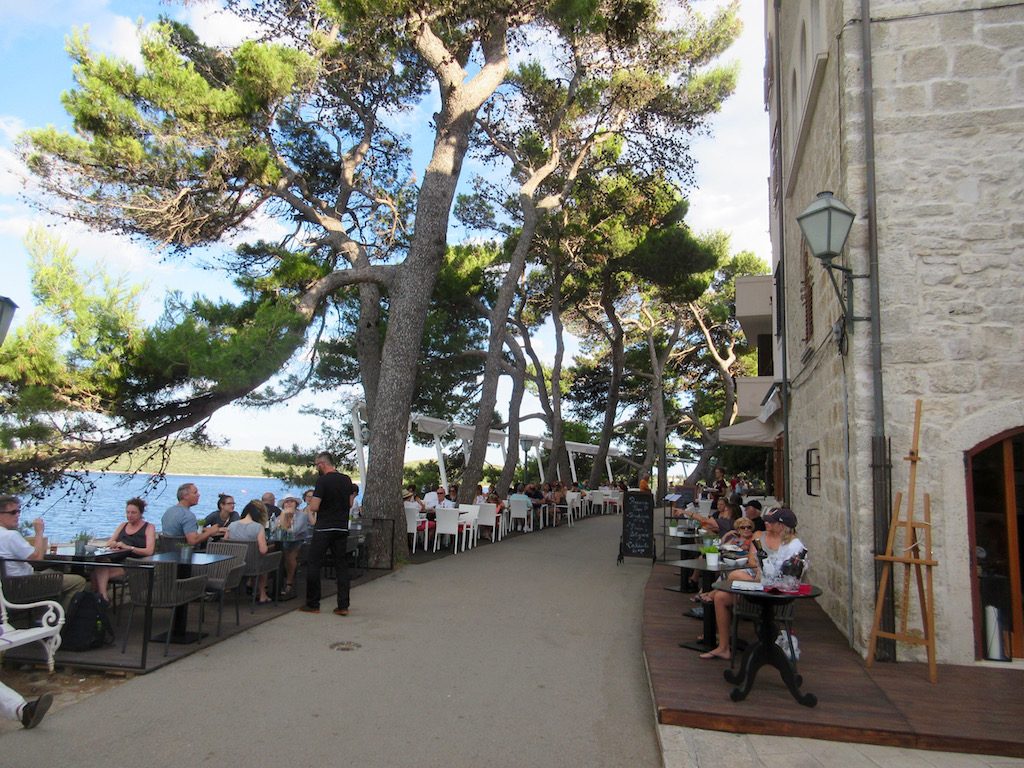 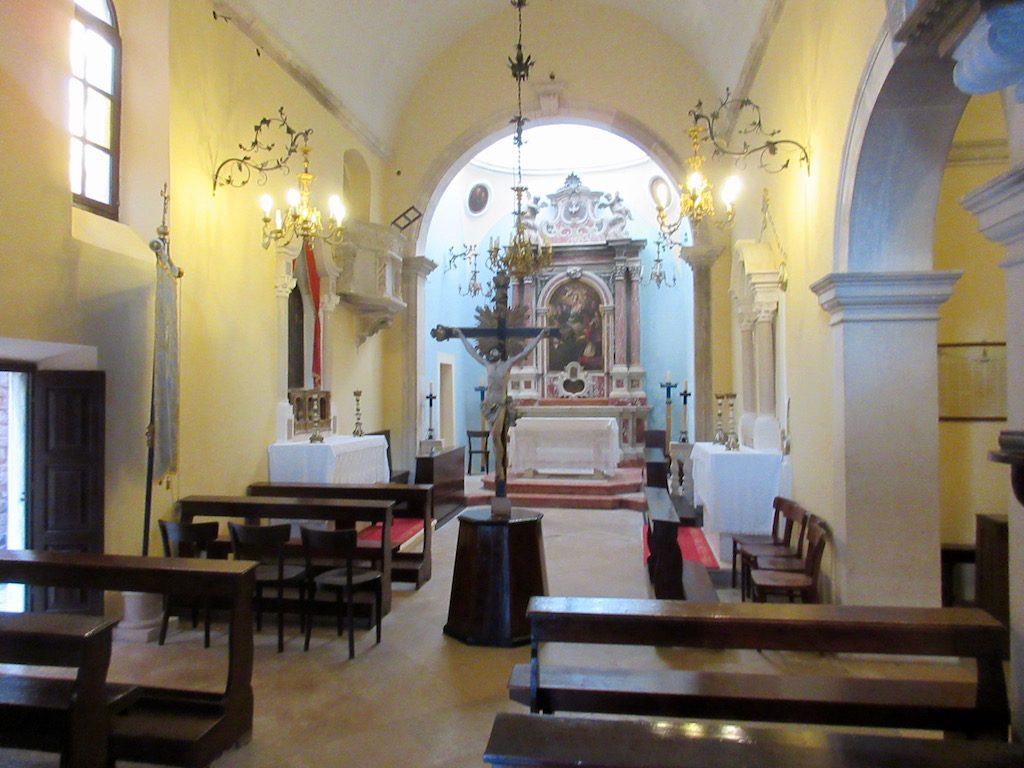 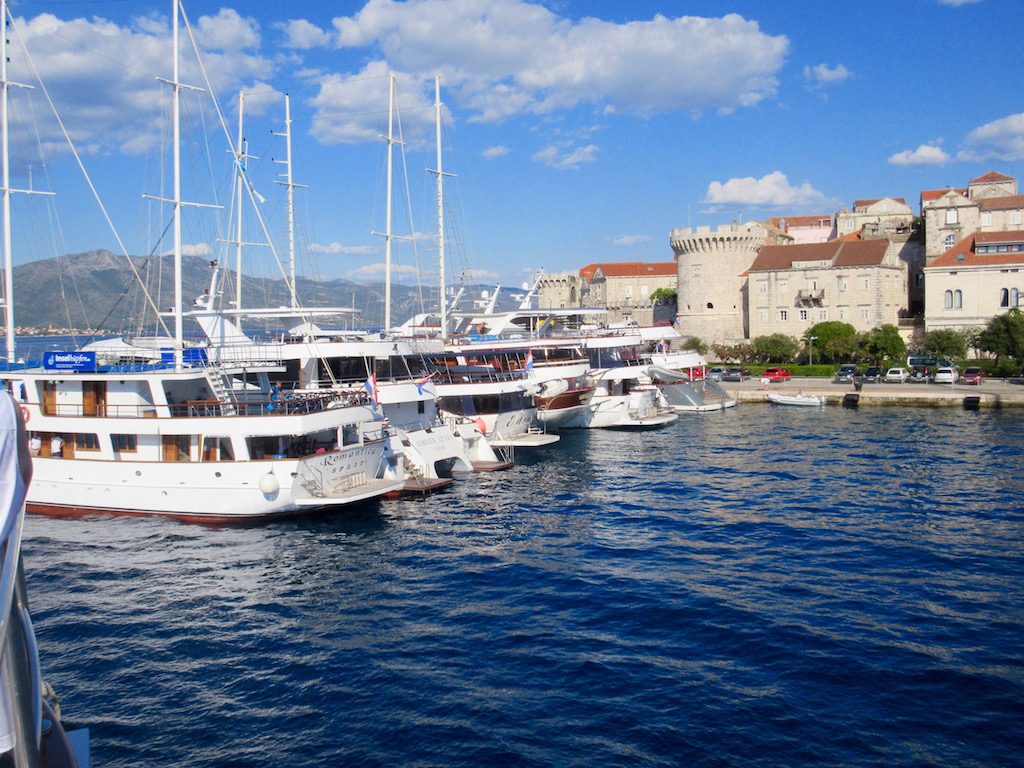 The Adriatic Sea is a body of water that separates the Italian peninsula from the Balkan peninsula. It is the northern most arm of the Mediterranean Sea and Albania, Bosnia and Herzegovina, Croatia, Greece, Italy, Montenegro and Slovenia border it. There are more than 1,300 islands in the Adriatic Sea.

We spent about eight hours sailing from Trogir to Korcula through beautiful dark blue waters and scattered islands, both inhabited and uninhabited. The major islands that are inhabited have ferries that run regularly for both locals and tourists to get from one to the other, as well as to the mainland. Along the way we passed many other chartered vessels with mostly young folks drinking and sunning on the upper decks. Everyone stops in local coves for swimming stops where they put out inner tubes, water rafts and pool toys.

Korcula is the sixth largest Croatian island and is about 29 miles long and 5 miles wide. The population is about 16,000. The island is known for its dense pine forests, vineyards, and olive groves. The town of Korcula is called “Little Dubrovnik” because of its medieval squares, churches, palaces and houses similar to those found in Dubrovnik.

We arrived in at the small port in Korcula late in the afternoon. With limited space to dock all of the boats which would like to overnight in port, they tie up the boats one next to the other.  On this day we were the seventh and final boat tied up so to go ashore we needed to cross from our vessel through six other vessels until we reached land. Not the most convenient but it does allow for everyone who wants to dock to find a spot to tie up.

The old town or Korcula on the island of Korcula is a small oval town built on a small hill at the edge of town. It is not an island of its own but instead a peninsula jutting out from the main island. Again the streets are narrow and meandering but due to the town being built on a small hill there are many more steps to contend with in getting around town. The town has a beautiful main church with a huge bell tower in the center of town.  Although there are several other churches or chapels around the town, all beautiful in their own way.

On the shore side of town there is a lovely pathway lined with large pine trees overlooking the Adriatic Sea and the islands in the area. The pathway is lined with restaurants and bars where we stopped for a pizza and salad for dinner. The evening temperatures are perfect for short sleeve shirts and shorts. Every restaurant is busy by about 7:30 or 8:00pm.

We have noticed that there are no beggars on the streets on the island and no evidence of homelessness.  However, many people have the nasty habit of smoking.  Several young girls were selling sea shells next to our dining area.  They were playing more than they were selling.