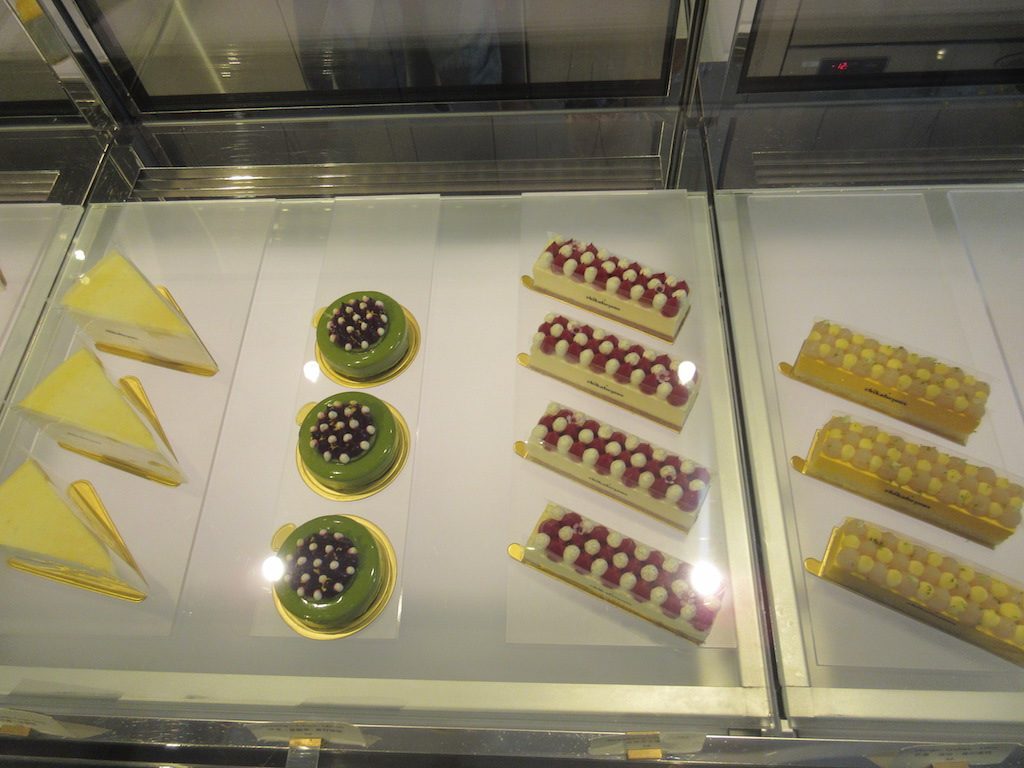 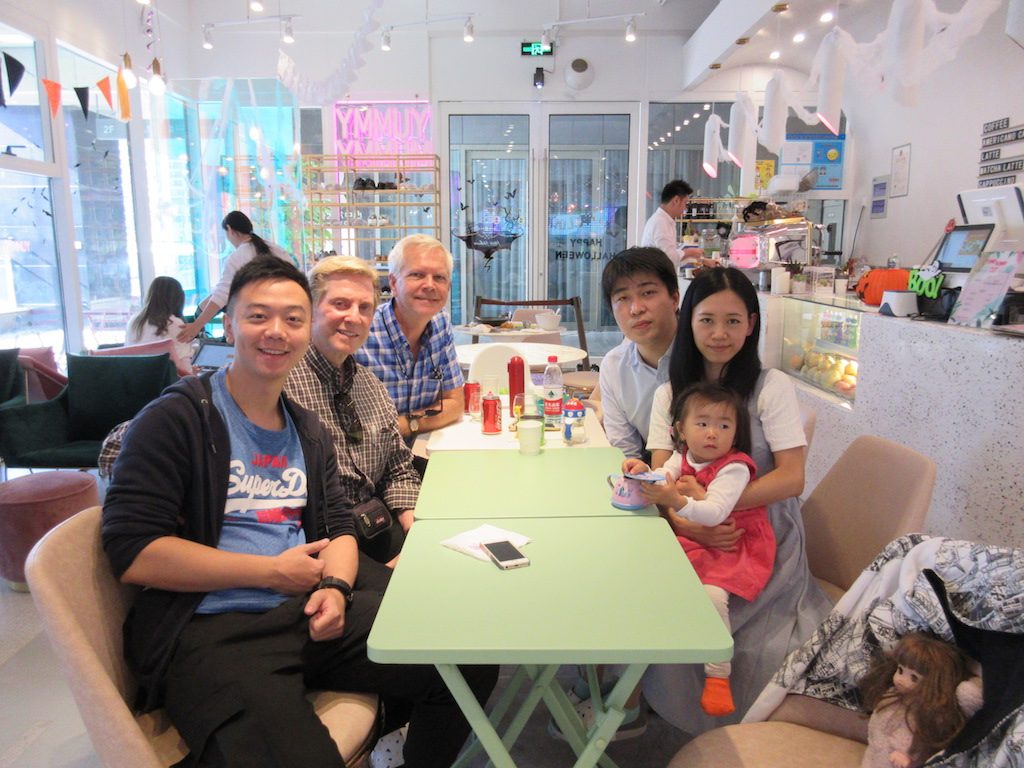 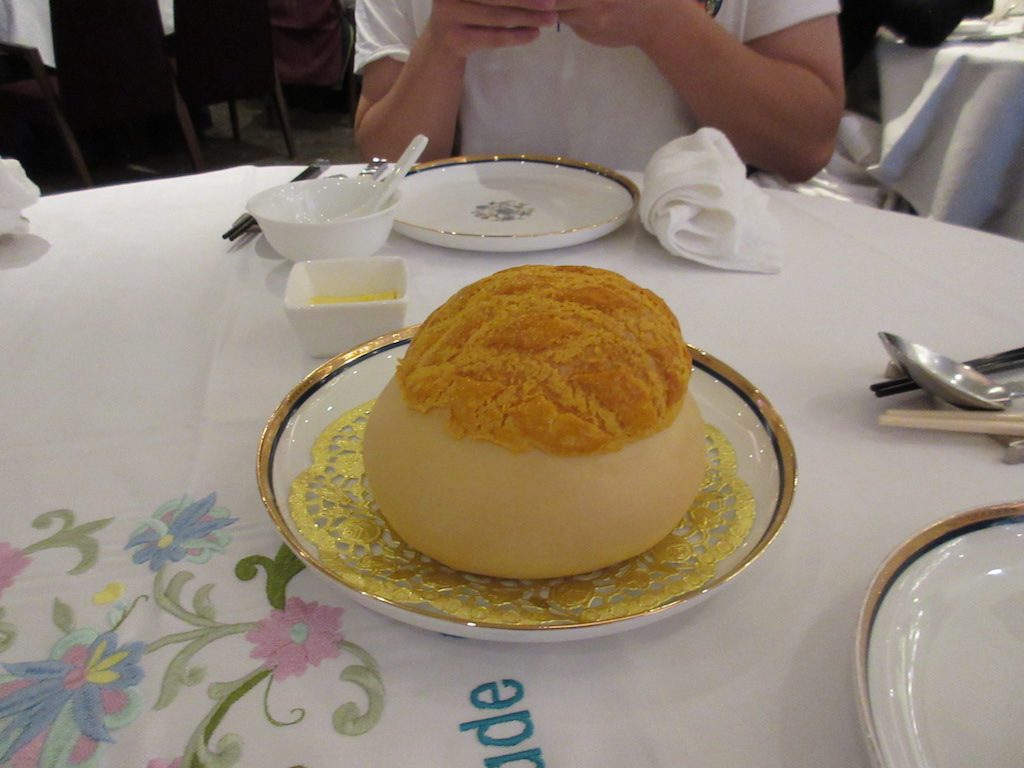 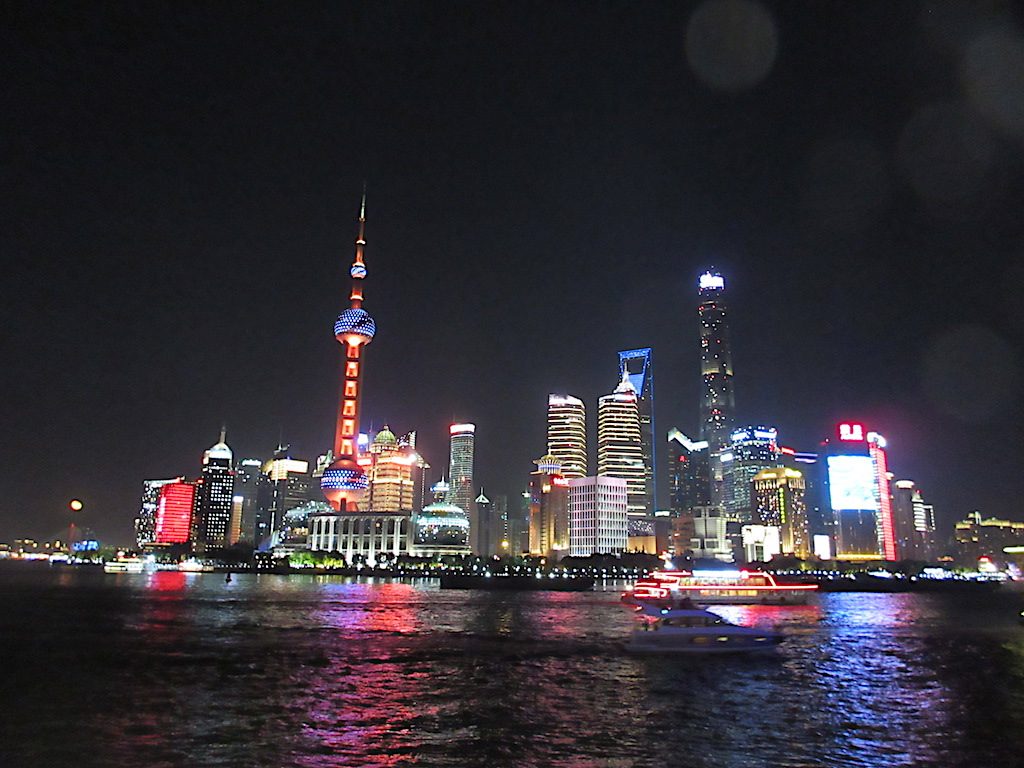 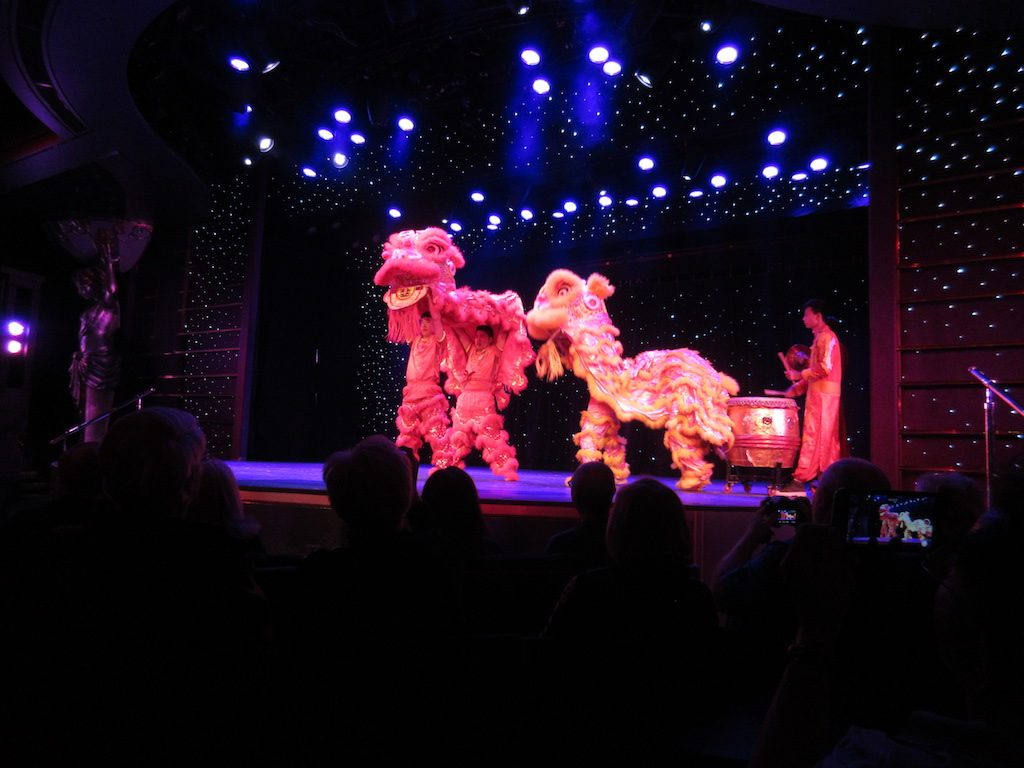 Shanghai is the largest city in China by population with about 25 million residents and the second largest city in the world. It is the financial center and transport hub with the world’s busiest container port. In the last two decades Shanghai has been one of the fastest growing cities in the world. Since 1992 Shanghai has recorded double-digit growth almost every year except during the great recession of 2008 and 2009. The three largest service industries are financial services, retail and real estate. Manufacturing accounts for about 40% of the total output. The container port handles more than 30 million containers annually.

In the morning we walked about fifteen minutes to the Bund where we met up with Chris Lin, a student who studied at San Diego State University in 2012. He now lives about a 90-minute subway ride away from Shanghai (The Bund) and came in to town to meet us. We caught up over coffee at a Starbuck’s before heading out by the subway to meet up with another student. The subway is very extensive, modern and clean. The problem is there is a huge number of different lines going in all directions and it is difficult to navigate from one line to another. In one case we had to change lines by exiting one station and walking about a block down the street to enter another station to catch another train.

For lunch we met up with another student named Jeff Tang and his wife Erica and there two-year-old daughter Emma at a “family friendly” restaurant. Jeff and Erica were in San Diego for a several years and had Emma when they were in the states. The restaurant provided you with slippers to wear when you entered the restaurant. Once inside there was a plethora of toys everywhere for the children to play with. There were cars to ride on, stairs to climb, a kitchen to play in, a stage to perform on, video games and so much more. The staff was plentiful and they assisted with watching the children play while the parents dined. They had Halloween decorations hanging from the ceiling and music playing.

After lunch and a quick “catch-up,” we left Jeff, Erica and Emma and headed to a large high-end shopping mall in Shanghai where Chris wanted to take us for dessert. This wine, coffee, tea and dessert shop was beautifully designed with luxury finishes and was filled with mostly young professional people well dressed. The locals were on their cell phones, lap-tops and such. There is no expectation of you to hurry, you can sit and spend as much time as you like in the shop.

Chris had a friend named Adrian who joined us at the dessert spot and we ordered several fancy pieces of cake. The desserts mostly had three different flavors in one cake. They would have one flavor of cake, another flavor of filling and the third flavor for the frosting. Most of the flavors were not familiar to us so we were happy to explore the unique flavors. Everything was excellent.

For dinner, Chris and Adrian took us to a beautiful Cantonese restaurant. The restaurant was arranged like a large ballroom with large round tables throughout. Each table was covered in a white linen table cloth embroidered with colorful flowers and matching napkins. The menu was very extensive and of course we did not know quite what to order so the boys did the ordering. They selected several pork dishes prepared in different ways, a bread with pineapple, white rice, a vegetable dish of white mushrooms stuffed with carrots and other vegetables, a broccoli dish with fish and a chicken dish. Everything was delicious.

Chris gave us some gifts before we parted for the night. The first was an elegant tea set with wooden stand, tea pot and tea cups. To accompany the tea, he gave us two boxes of local pastry delicacies, one with pineapple and the other with bean curd.

We were sitting on the bus and were apparently mistaken for the dance hosts on board the ship (they travel in pairs). This has happened a couple of times….don’t know why. Guess we look like dancing fools…..or, more likely, we’re just a couple of men together!

Back onboard our ship we were entertained by a local Chinese dance group featuring the dragon dancers, young ladies dancing, drummers all in local costumes.

All in all, it was a great day for us to spend time with these students that we have shared time with in San Diego and now got a chance to visit in China and to meet Adrian.